TOTTENHAM fans hoping for Champions League success at the weekend might want to look away now.

In Madrid on Saturday, Spurs will face Prem rivals Liverpool to crown the best in Europe. 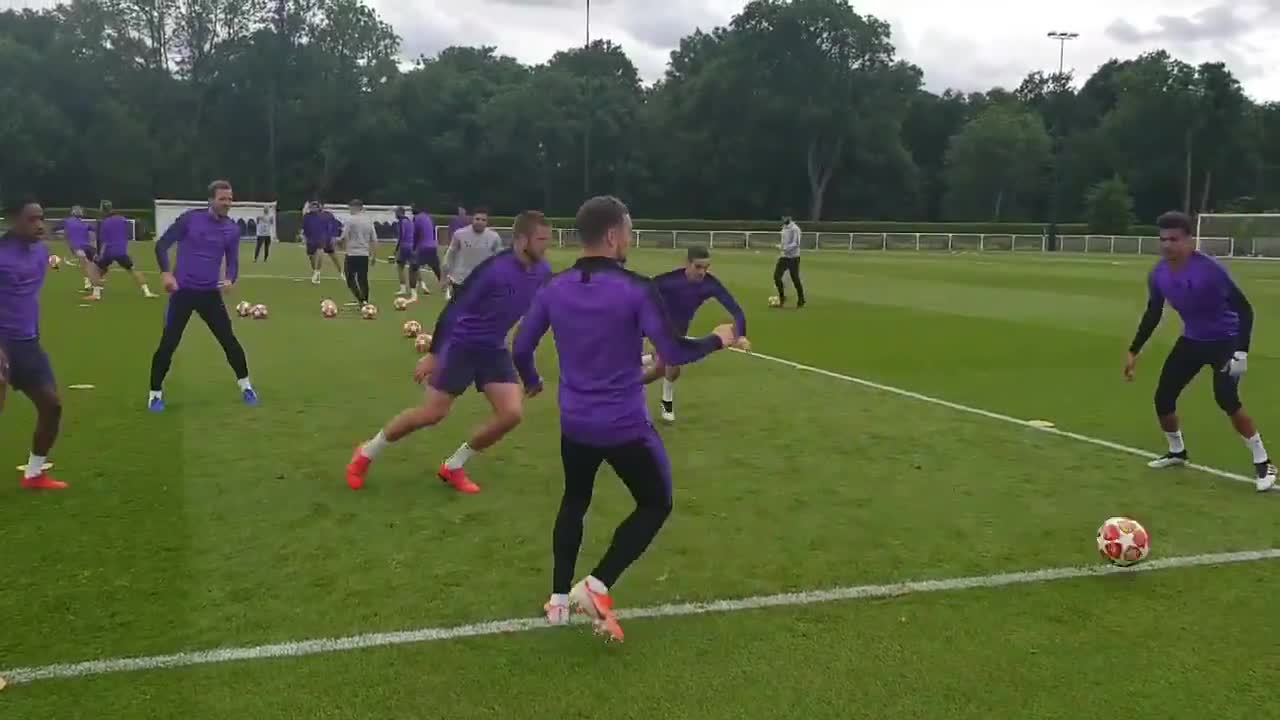 But this clip from a Tottenham training session won't invoke the greatest confidence that Mauricio Pochettino's boys can bring the silverware home.

Under grey skies, the likes of Harry Kane, Dele Alli and Danny Rose struggled to complete the most simple of passes during the training drill.

Balls were even mis-controlled, blasted too hard at a team-mate, or trickled off to the side.

Liverpool are the odds-on favourite to win at the Wanda Metropolitano – and you'd be happy with that bet after watching this video.

But there was one slight positive to come from the kickabout – and that was the sight of Kane on his toes.

The Tottenham star has been stuck on the sidelines since he suffered an ankle injury during a 1-0 win over Manchester City in April.

But Tottenham's top goalscorer has confirmed he will be fit to face Jurgen Klopp's side in Madrid.

The 25-year-old said: "I could play if the Champions League final was today."

Spurs boss Mauricio Pochettino also appeared to suggest Kane would play in the final at the club's media day.

He said: "Harry Kane in the last week, Friday and Saturday, started to be involved in the group.

"It's a very positive situation for him.

"We will wait and see how he is progressing in his problem."