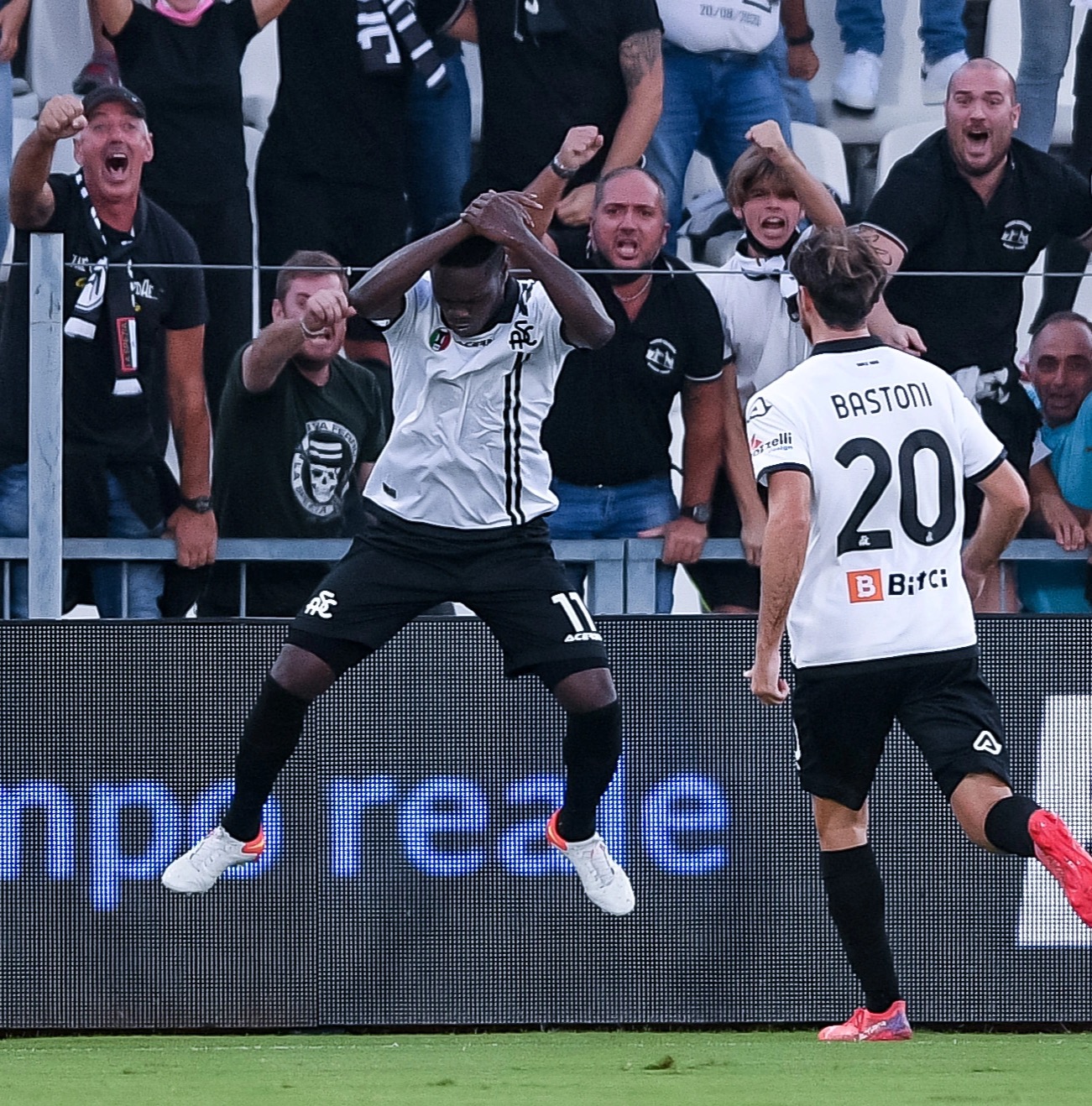 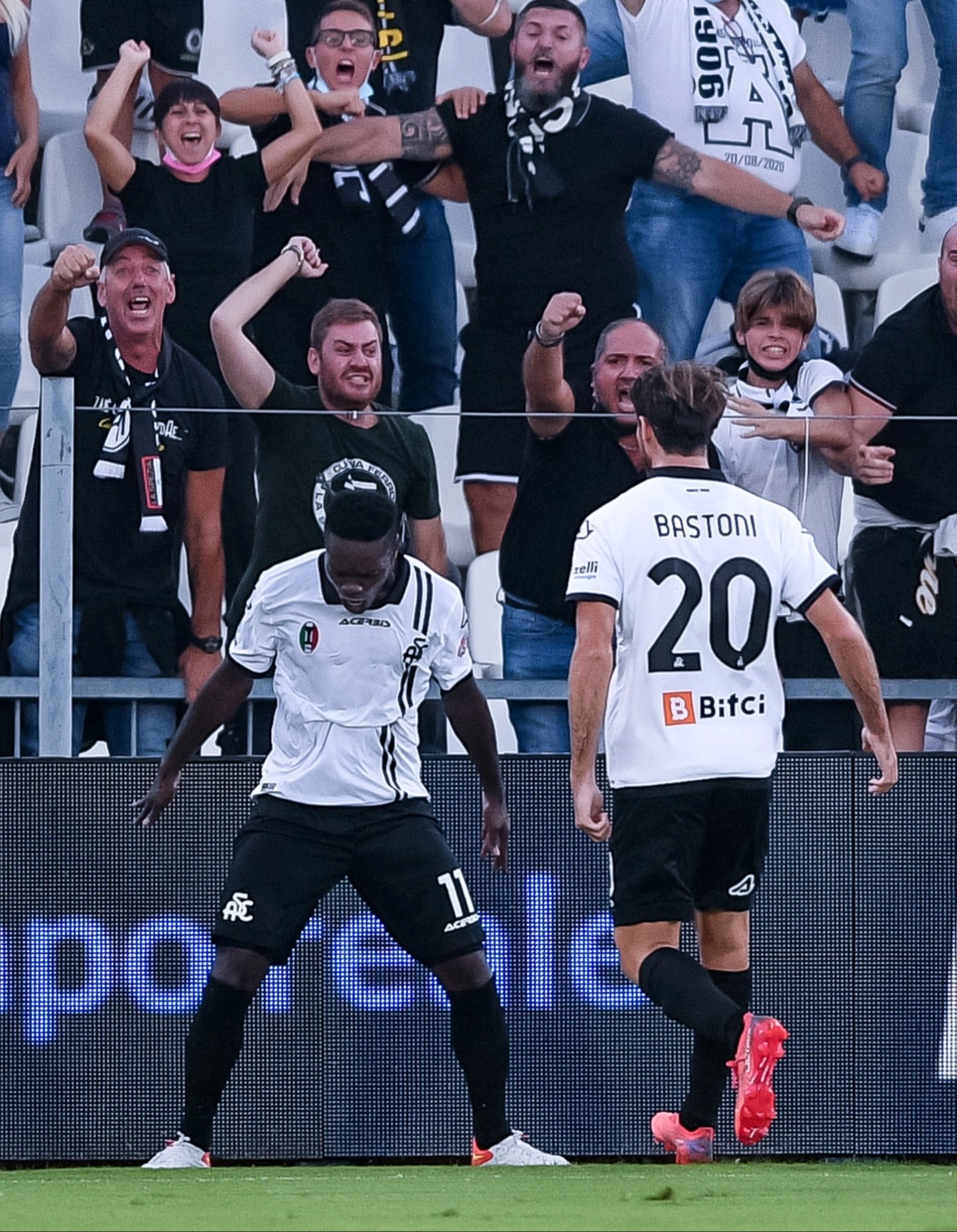 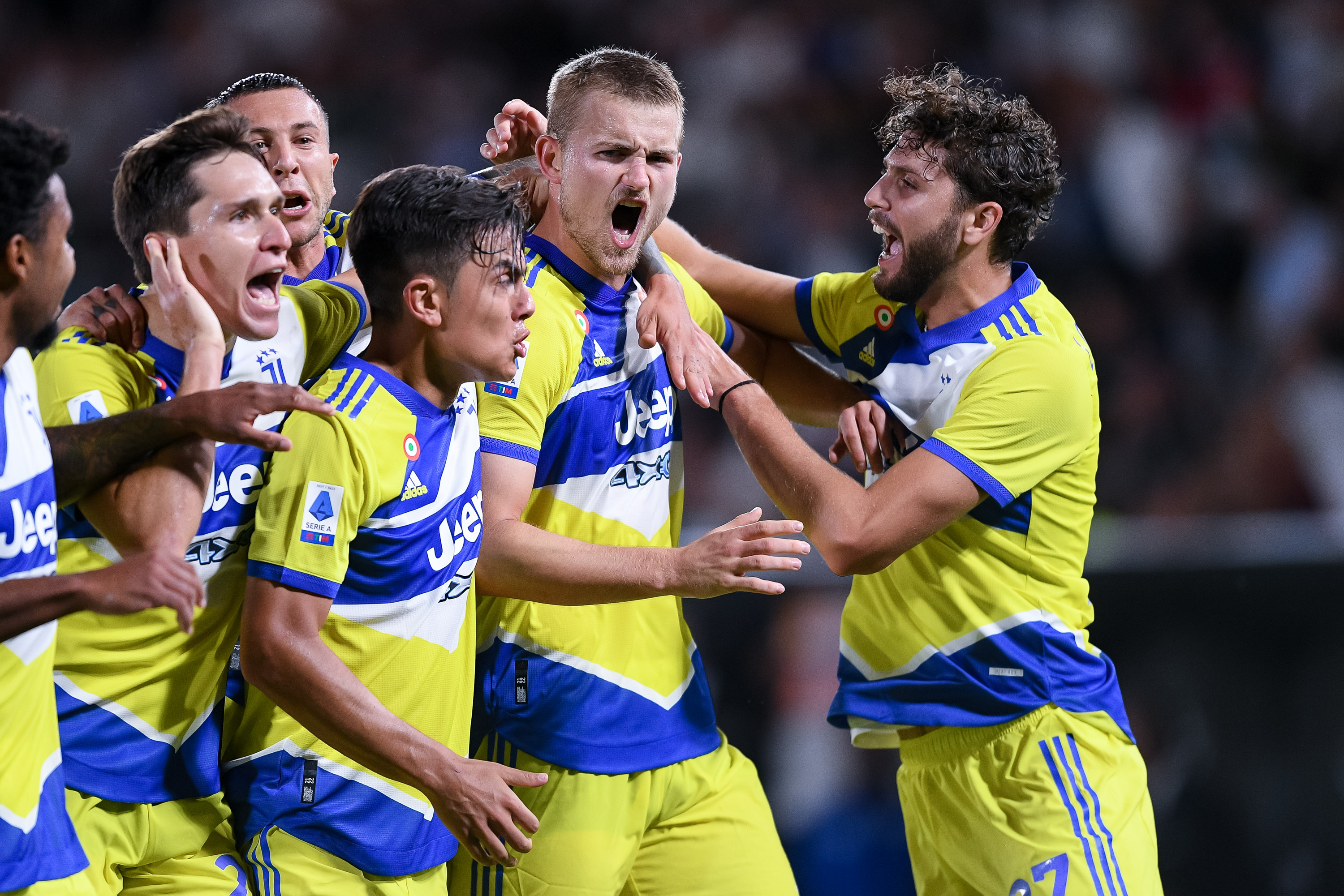 And the winger decided to bring out the famous Ronaldo 'Siu' celebration, taunting Juve who lost the mega star on deadline day to Manchester United.

Spezia thought their luck was in from that point forward as they took the lead early on in the second half.

Janis Antiste, 19, cut inside off the left flank and beat Szczesny at his near post to hand the Serie A minnows a shock lead.

The taunt that was bound to sting, but Juve got the last laugh and picked up their first win of the league campaign.

Allegri's side got off to a poor start, finding themselves on just two points after four games played.

But luckily Wednesday's win takes Juve away from the danger zone, and they can start looking up the table as they look to reclaim their Serie A crown.

At the time, the crowd appeared confused and former manager Carlo Ancelotti couldn't help but crack a smile.

The 36-year-old then made it his trademark celebration in the later stages of his Real Madrid career.

After scoring he would perform a mid-air pirouette before exclaiming 'siu' upon landing.

Fans of Real, Portugal, Juve and now Man Utd even started to join in with the legendary forward.

And fellow competitors have copied Ronaldo, or put their own little twist on his celebration.

Cesinha, a Brazilian footballer who adores Cristiano Ronaldo, scored against Juve in a pre-season friendly back in 2019.

He scored to put Daegu FC 2-1 up and decided to mark his goal using Ronaldo's trademark ‘Siuuu’ celebration – alongside a few team-mates.

And Ronaldo showed his class after the game, praising the Brazilian for his performance.

Cesinha revealed: "He was very affectionate, he told me that I was a great player, to always believe in the potential that I can reach unimaginable places. That day never left my head. It was 'the day'."

The United winger gave England the lead at Wembley in the 18th minute with a neat left-footed finish into the bottom corner. 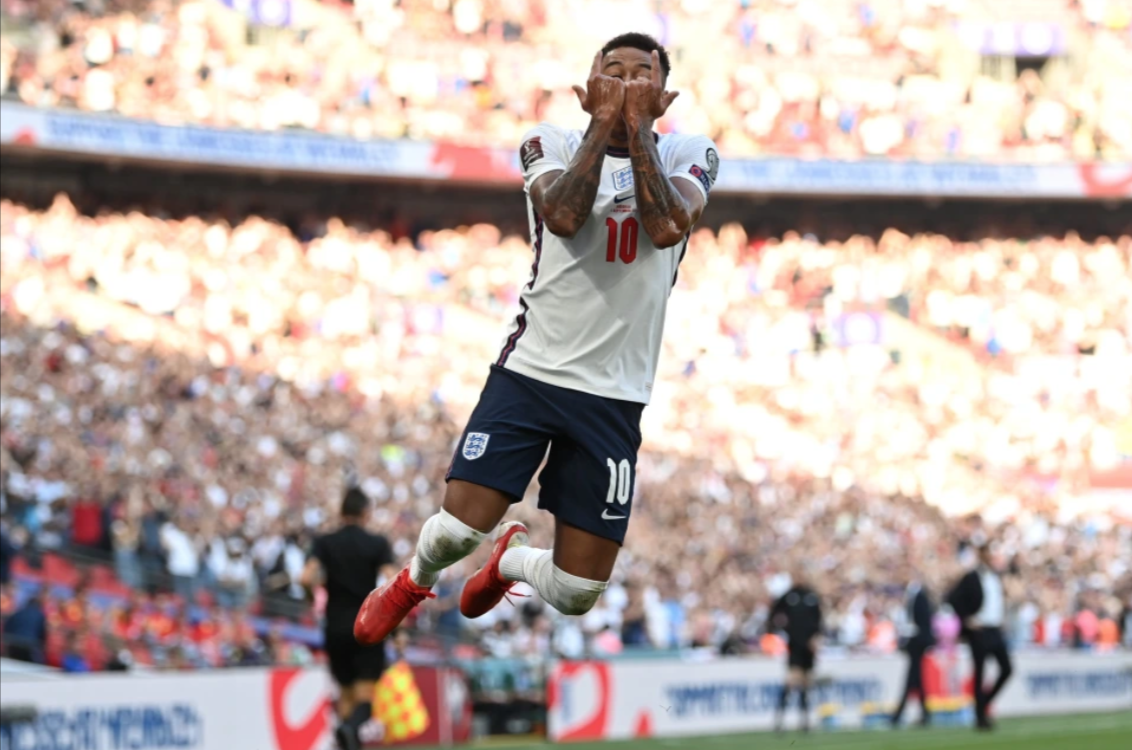 The smiling Man Utd regular then performed Ronaldo's trademark 'Siiiiu' while making his 'J-Lingz' sign with his hands.

Lingard told beIN Sports after the game: "Yeah, no I mean me and Mason [Mount] were thinking of celebrations this week and obviously we mixed my celebration with Cristiano’s I said I’d do it.