THE knives were out for Morhad Amdouni from Piers Morgan after he knocked over a whole row of water bottles before grabbing one for himself.

The French runner was competing in the marathon at Tokyo 2020 when he sent a row of drinks at a rehydration centre onto the floor. 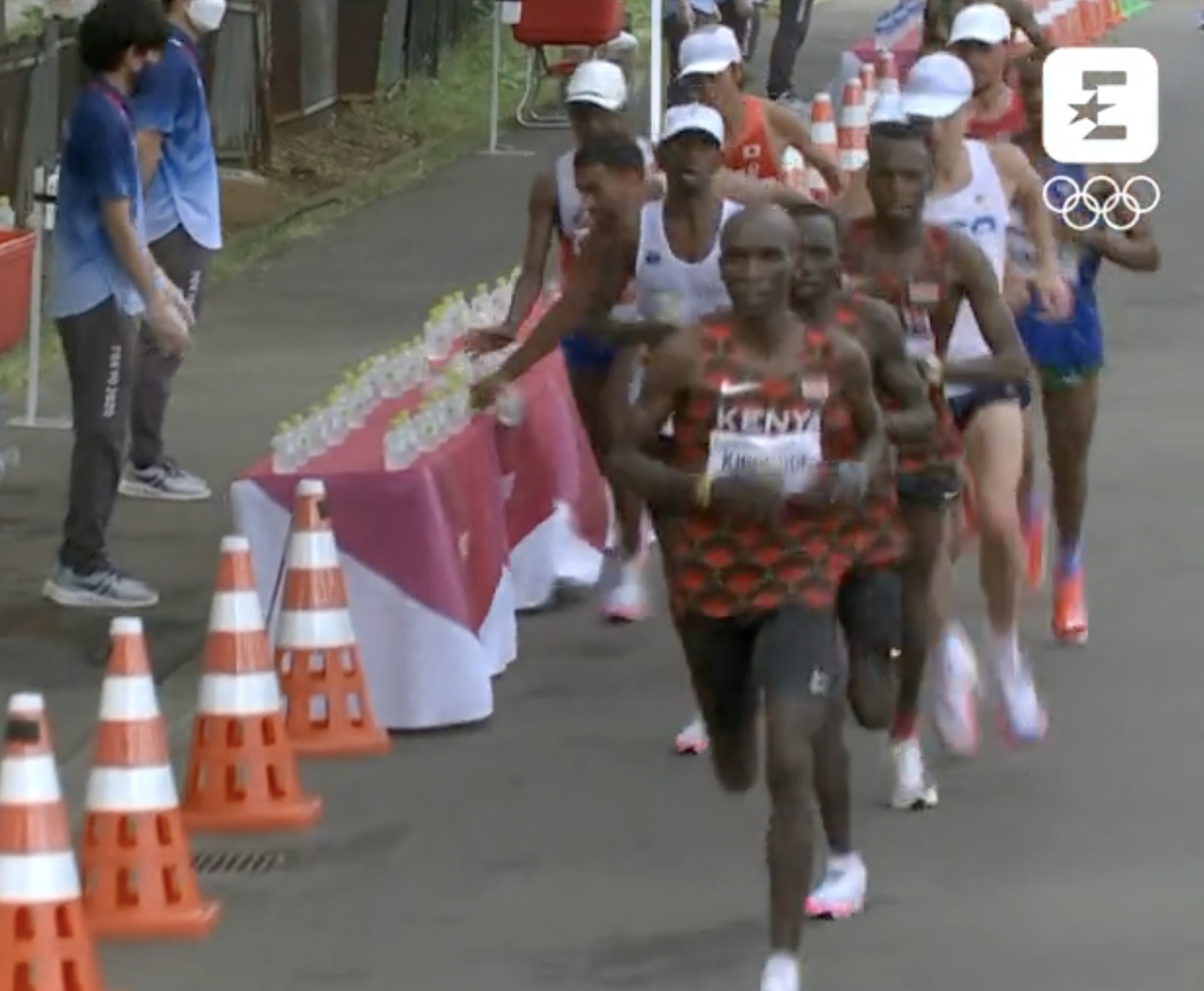 To top it off, the 33-year-old athlete grabbed the last one before continuing on.

TV personality Morgan was quick to slam Amdouni's actions, although it wasn't clear if it was deliberate.

He tweeted: "The Gold medal for biggest d*ckhead of the Tokyo Olympics goes to French marathon runner Morhad Amdouni who deliberately knocks over all the water for his fellow competitors…Unbelievable!"

The marathon was raced in gruelling temperatures – with Sapporo reaching 27 degrees.

The race was eventually run by Kenyan legend Eliud Kipchoge.

Kipchoge finished in a time of two hours, eight minutes and 38 seconds to win gold.

In winning the marathon he became one of three to successfully reclaim the title, after his victory in Rio 2016.

Elsewhere, Abdi Nageeye showed he was an incredible sport by urging Bashir Abdi over the finish line to win bronze.

JUST CHAMPION! Get huge odds boost for Fulham AND Boro in lunchtime clash