With the score at 1-1 during Wednesday's Euro 2020 semi-final, the defender rose highest from a free-kick after 55 minutes.

The ball spun off Maguire's head and appeared to be looping in at the far-post.

But Danish goalkeeper Schmeichel leapt across to his right and parried the effort away from the goal.

Schmeichel has previous in producing big saves at Wembley, too.

In Leicester's FA Cup final victory over Chelsea in May, he managed to deny both Ben Chilwell and Mason Mount in fine fashion.

In fact, Maguire's effort was almost a replica of Chilwell's header which was saved by Schmeichel at the same end and by the same post.

The Manchester United centre-back had moments earlier been booked for contesting an attacking header with Simon Kjaer and sending the Denmark captain to the ground in the process.

Earlier in the game, Mikkel Damsgaard scored the first goal England had conceded at the Euros with a free-kick that beat Jordan Pickford.

Raheem Sterling battled Kjaer on the line for the leveller, which was awarded as an own goal by the defender. 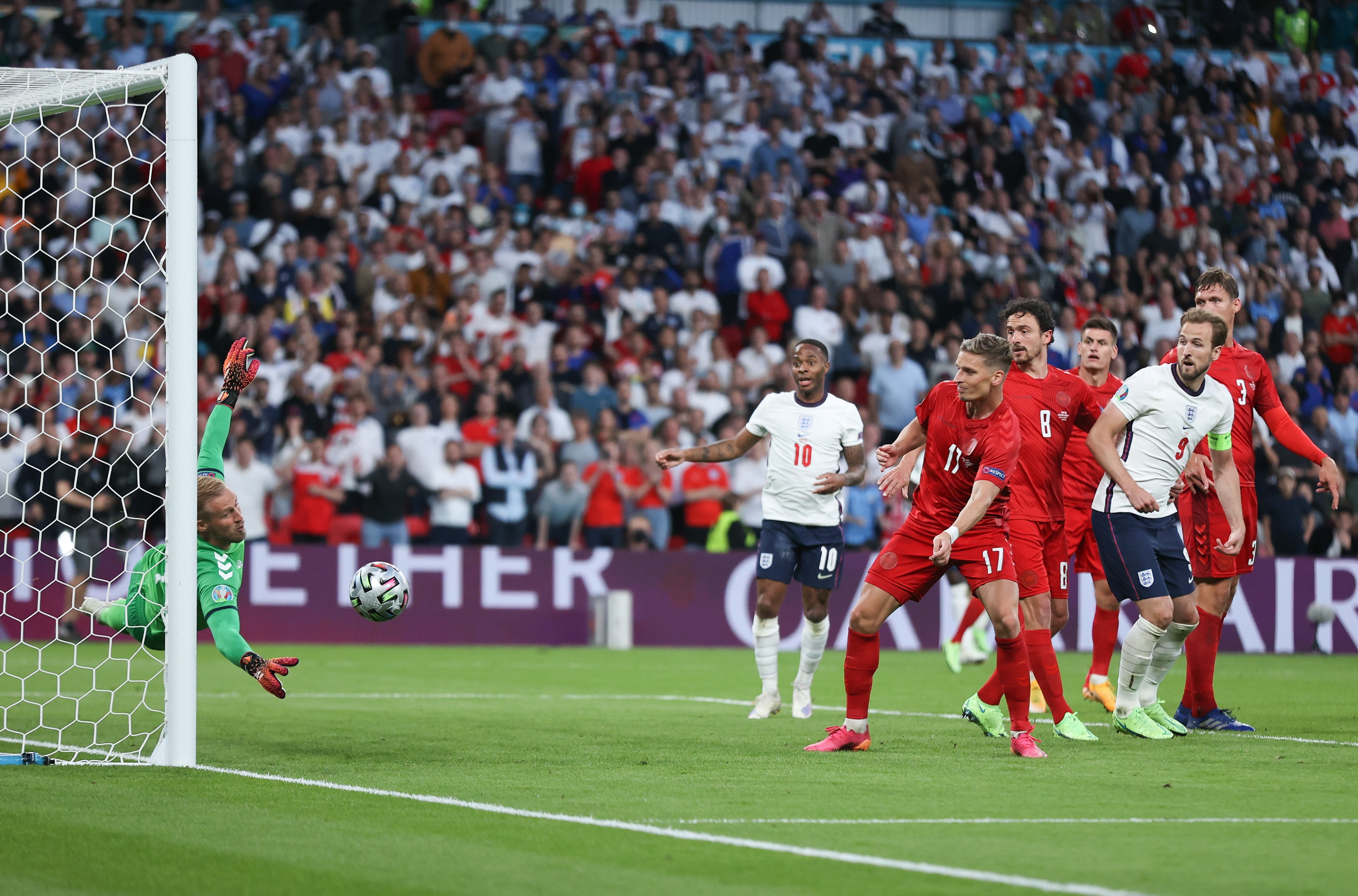 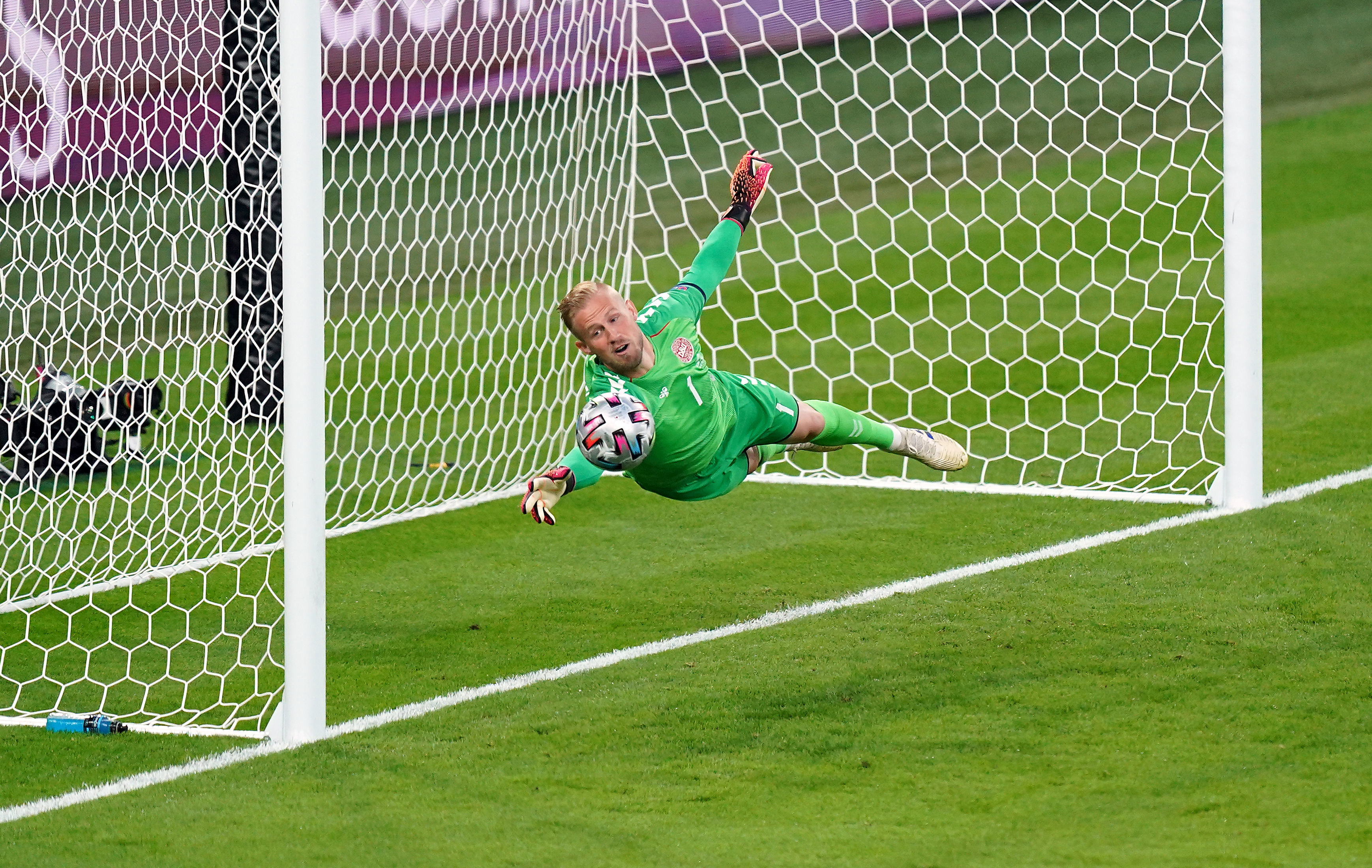 Schmeichel had somehow saved the winger's attempt only a minute earlier with a 'starfish' stance previously seen by dad Peter.

The 34-year-old keeper had teased England before Wednesday's game, over their trademark tune of 'Football's coming home'.

He said: "Has it ever been home? Have they ever won it?"