MMA fans have been reminiscing about Conor McGregor's approach to his historic showdown with Khabib Nurmagomedov – a little over three years after their grudge match.

After years of trash talk and a fiery build-up, the bitter rivals locked horns with one another in the main event of UFC 229 in Las Vegas.

The night proved to be the crowning moment of the unblemished career of Nurmagomedov, who won the biggest fight in UFC history via fourth-round submission.

Nurmagomedov, who announced his retirement from the sport last October, was dominant from the get-go – although he did give away the third-round to The Notorious.

McGregor's efforts that fateful night at T-Mobile Arena still live long of the memory of many, including his walking down of the feared wrestler.

Immediately after referee Herb Dean commenced the contest, McGregor stunned the fans in attendance at the T-Mobile Arena and the millions watching around the world by walking straight towards the Dagestani destroyer with his hands down.

That approach was in stark contrast to Nurmagomedov's previous opponents and those he faced after the legendary tussle.

To highlight, McGregor's approach, a fan of the former double champ made a compilation of Justin Gaethje and Edson Barboza being pressured by The Eagle.

The clip featured audio of McGregor's pre-fight prediction during the UFC 229 open workouts, in which he said: “It’s good to be back “I’m going to have a proper fight.

"I’m going to come out there fast. I don’t give a f**k about anything, any wrestling, any technique, anything.

The video's accompanying tweet read: "Be honest with yourself, out of every opponent Khabib faced, who had the balls to walk Khabib down the way Conor did?"

MMA fans were quick to comment on the clip, with one saying: "Definitely, Conor did the best.

"But this also shows you how dominant Khabib was.

"We appreciate even when a fighter is able to take the center of the octagon against him."

Another said: "That’s why Conor survived so long against Khabib, he actually pressured him." 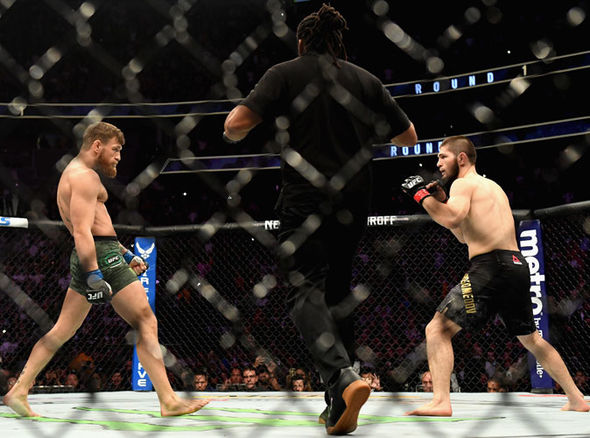 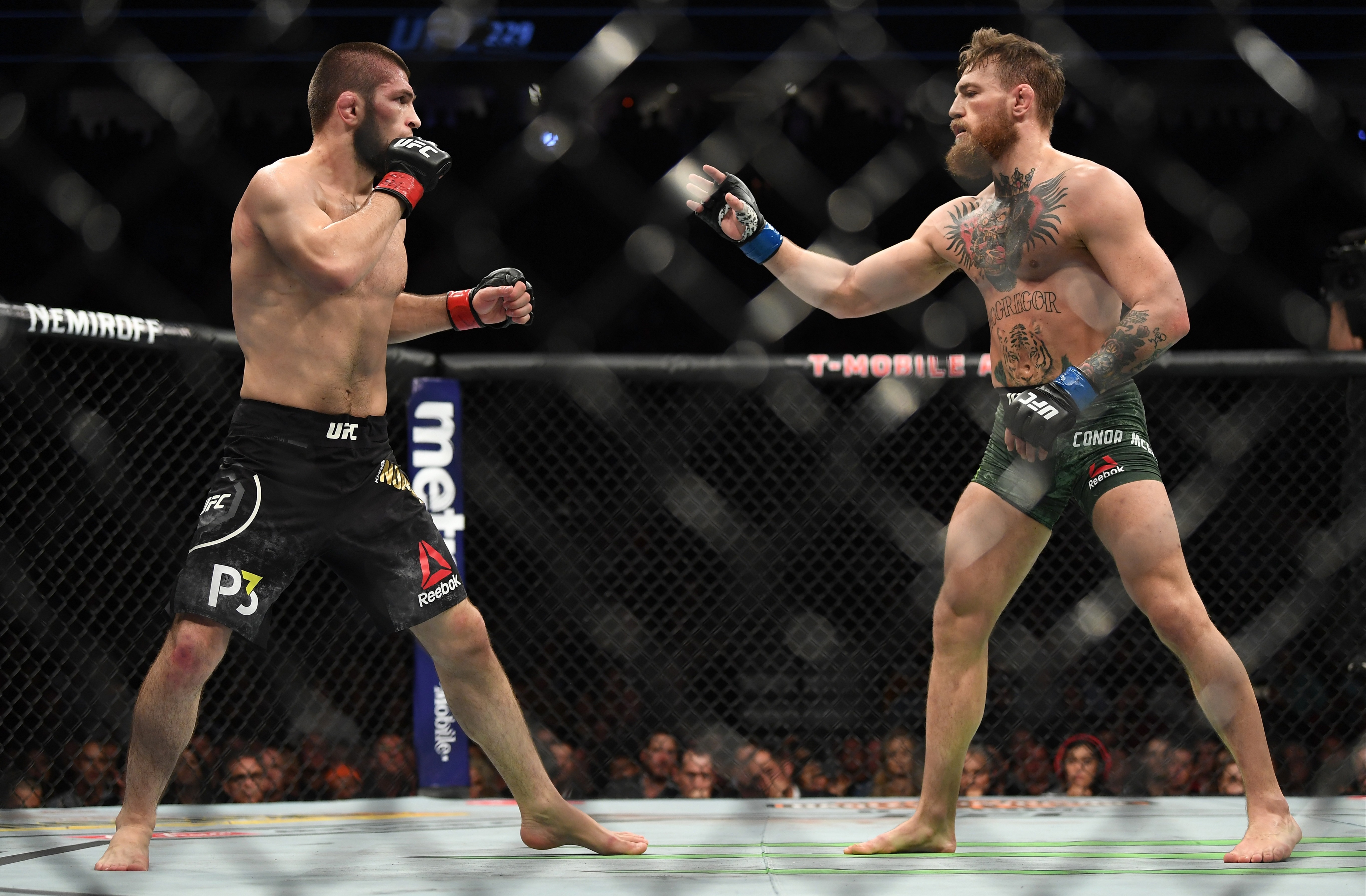 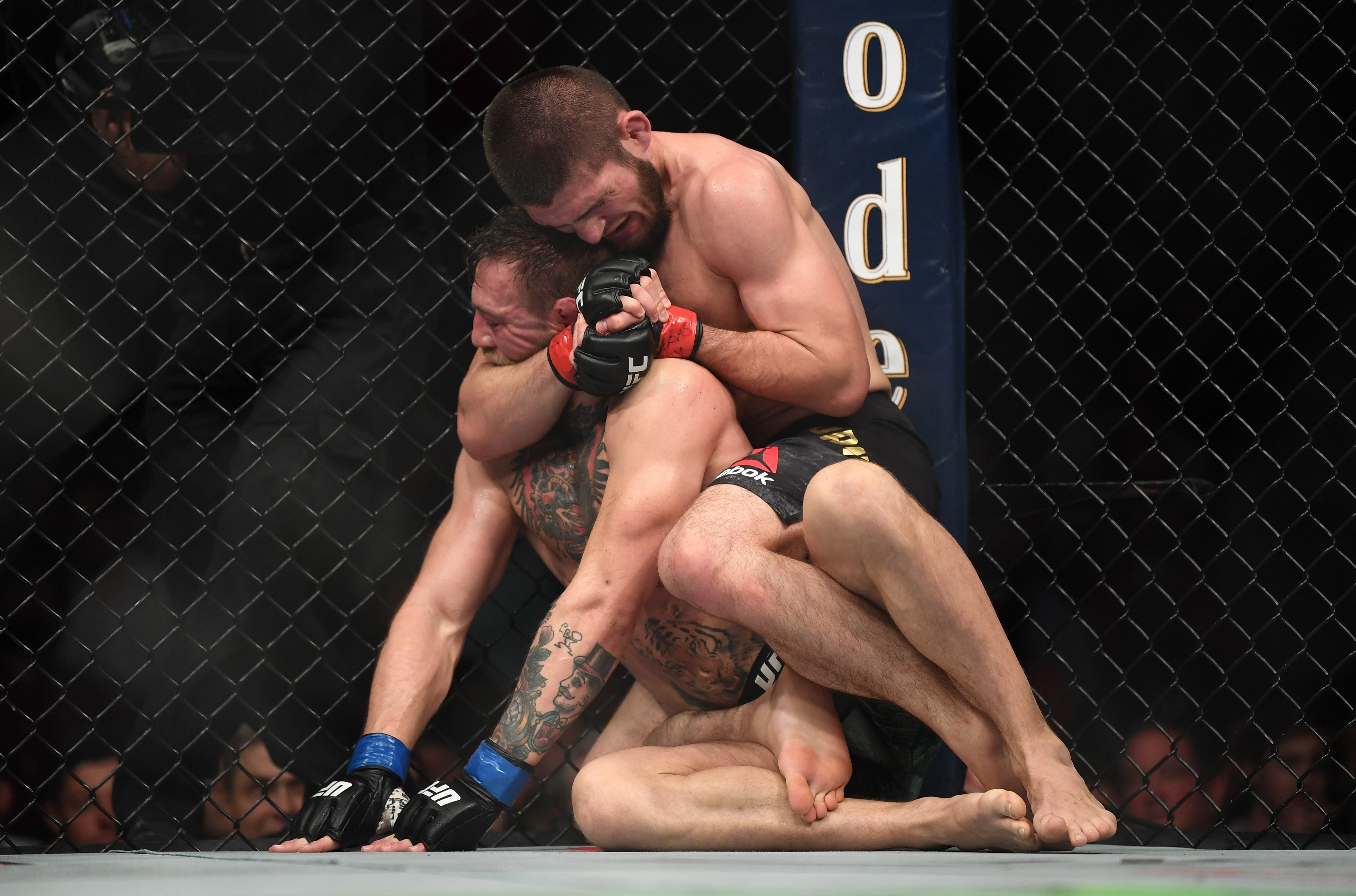 Some fans, however, were quick to criticise the approach, with one saying: "Conor walked him down because he had no idea what he was up against.

"Conor was the victim of the Khabib's first title defense."

Another said: "I think that was as much of Khabib respecting Conor's power as much as anything else."

McGregor, 33, is currently on the sidelines recovering from the horrific broken leg he suffered in his UFC 264 trilogy fight with Dustin Poirier in July.

And just weeks after his manager revealed to SunSport his recovery is 'ahead of schedule', the Irishman is already back on his feet and back hitting pads.

"We not only just got our x-ray results [back], [we got] our ultrasound results and CT scan results.

"And when I look at the view of the x-ray myself, it's healing so beautifully.

"He's only 10-and-a-half weeks out of surgery and he's walking.

"And he's actually doing s**t that we don't want him to do like throwing the first pitch at the Cubs game."