ULYSSES DIAZ pulled off one of the quickest knockouts ever when downing his opponent in THREE SECONDS.

The bell had barely finished ringing when Diaz launched at his rival.

A quick left-hander brought down Benedetto's defence, leaving him open for a crunching right hook.

The punch caught him square in the cheekbone and its brutal effects were laid bare in stunning slow motion footage released by BKFC.

The 39-year-old has admitted to getting in brawls aplenty during a two-year stint in prison.

More recently he has put together a pro career spanning MMA, boxing, Jiu-Jitsu and bare knuckle.

In 13 boxing contests before moving to BKFC, he claimed 11 of his 12 victories via knockout.

And fans were wowed by Diaz's agility and strength in this latest triumph. 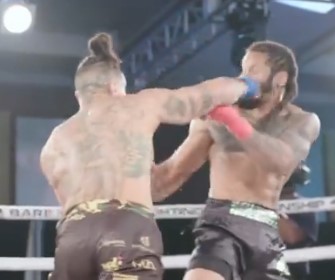 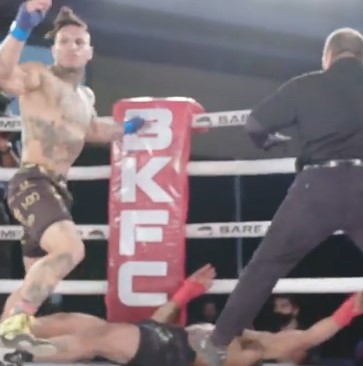 One Instagram user wrote: "People won’t stop talking about this for a long time."