THIS is the shocking moment a huge brawl erupted on the pitch after the CAF Confederations Cup final in Egypt.

A barrage of punches and kicks were thrown after the explosive showdown between Zamalek SC and RS Berkane. 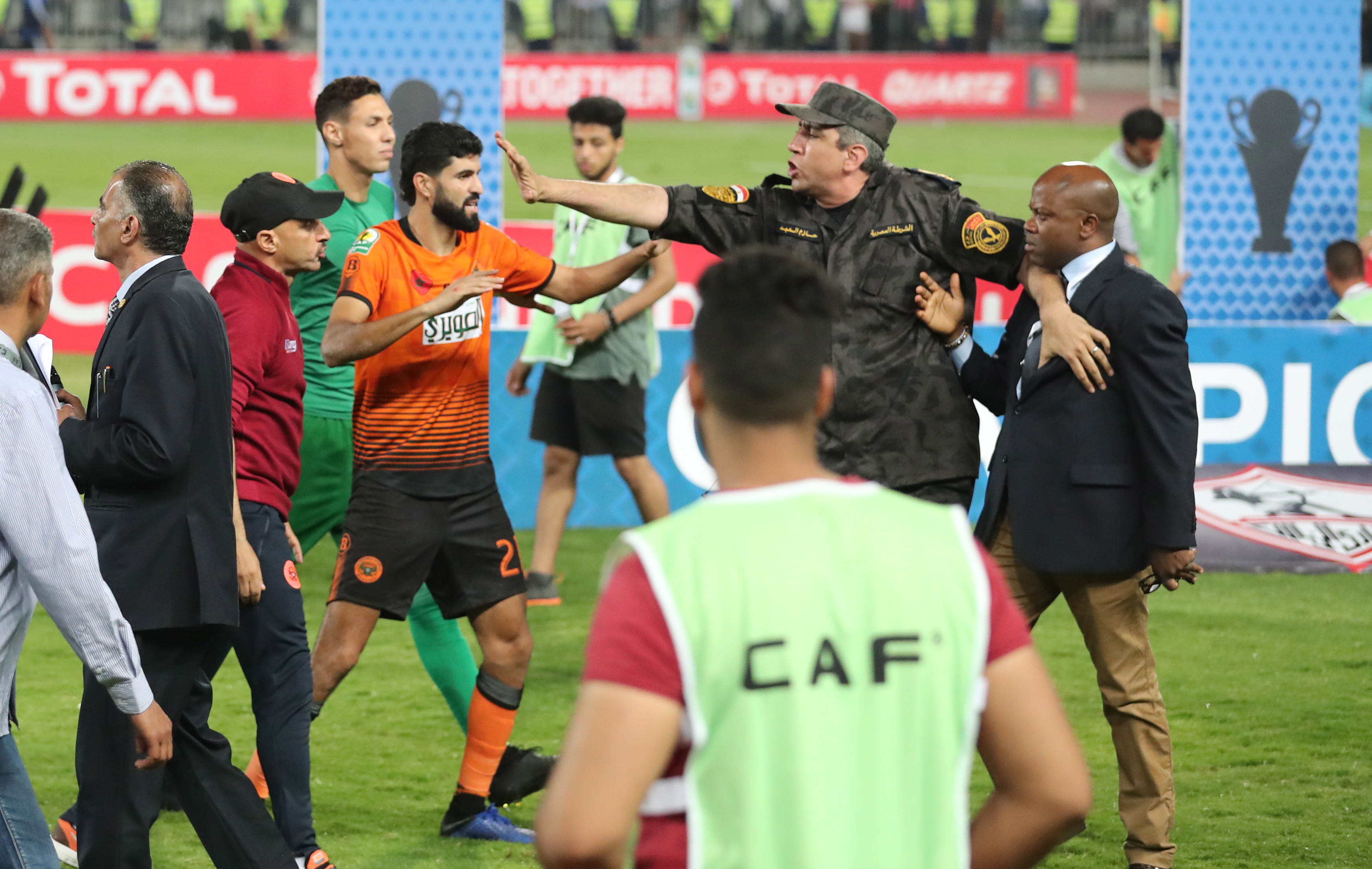 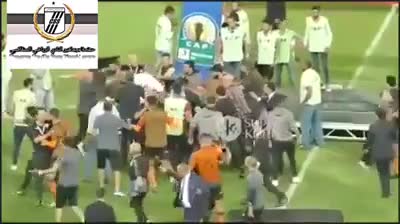 Zamalek beat the Moroccan side 5-3 on penalties after winning the second leg of the final 1-0.

After the match, an RS Berkane player appeared to chase and slide tackle a topless fan that had raced onto the pitch.

He escaped unharmed before a number of players and staff started to surround him.

After he made a dash for it, the pitch invader appeared to get knocked to the ground and kicked in the head.

A swarm of orange shirts continued to kick off at the Borg El Arab stadium as others attempted to stop the brawl.

Fans could not believe their eyes after the shocking footage was posted on Reddit.

One said: "Slide tackling… the next big move for UFC."

While one commented: "Dude went and provoked the losing team. Chat s*** get banged."