“Athletic Director Pat Chun’s termination of Washington State Football’s offensive line coach Mark Weber is in direct violation of coach Weber’s rights as recognized by both the US and Washington Constitutions,” constitutional attorney KrisAnne Hall said in a statement provided exclusively to OutKick.com on Thursday. 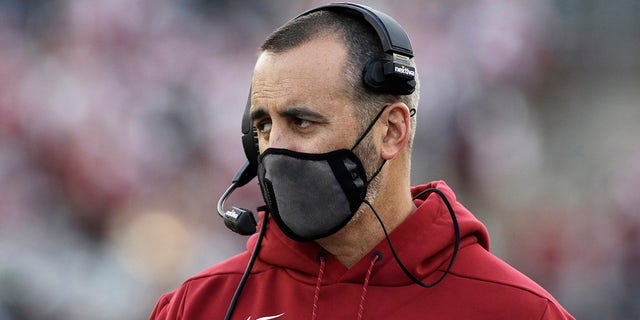 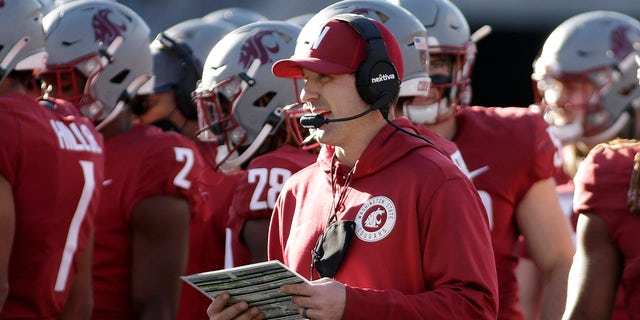 Washington State defensive coordinator and linebackers coach Jake Dickert, center, stands on the field during a break in play in the second half of an NCAA college football game, Saturday, Oct. 9, 2021, in Pullman, Wash. Dickert was named Washington State interim head coach, Monday, Oct. 18 after head coach Nick Rolovich was fired for refusing a state mandate that all employees get vaccinated against COVID-19.
(AP Photo/Young Kwak)

— WSU sports have been operating “safely and effectively” for two years with the same accommodations coach Weber is requesting.

— There is no evidence any WSU coach has risked the health and safety of the players using the requested reasonable alternatives safety protocols.

“Every one of these facts make it even more evident that Chun’s decision to terminate coach Weber was one derived from discriminatory origins and not from undue hardship,” Hall said. “Coach Weber is being publicly ridiculed and fired from his job by Chun because of his sincerely held religious beliefs.

“No one should be expected to abandon their most fundamental rights to keep a paycheck, especially in America. This ought to be even more true in a university that professes a pride in their policies of inclusion and diversity.

“It is especially heartbreaking when that professed inclusion is only extended to those characteristics personally approved by athletic director Chun.” 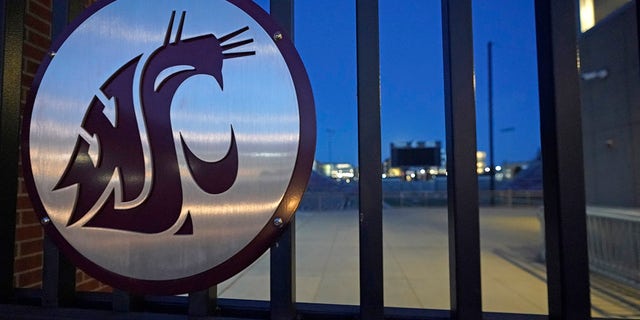 The Washington State Cougar logo is displayed on a gate at Martin Stadium, Monday, Oct. 18, 2021, in Pullman, Wash. Head football coach Nick Rolovich and four of his assistants were fired on Monday for refusing a state mandate that all employees get vaccinated against COVID-19, making him the first major college coach to lose his job over vaccination status.
(AP Photo/Ted S. Warren)

Rolovich, Weber, along defensive tackles coach Ricky Logo, assistant head coach and cornerbacks coach John Richardson and co-offensive coordinator and quarterbacks coach Craig Stutzmann were fired for being noncompliant with state and university policies about the COVID-19 vaccine and received no religious exemption for those policies.