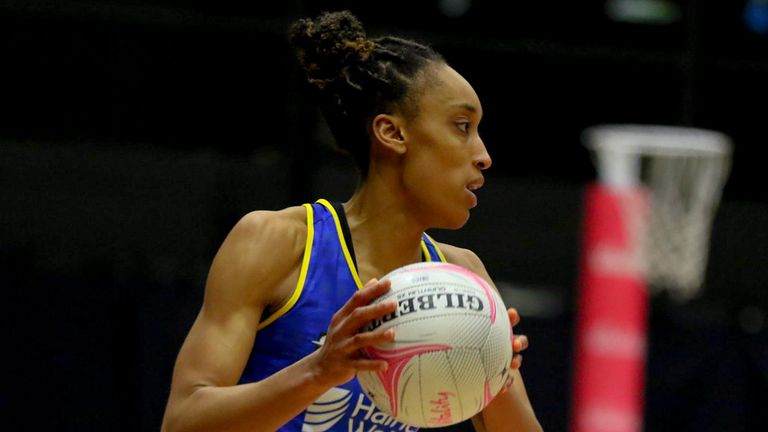 We look back at some of the key moments and performances from Round Eight of the Vitality Netball Superleague.

From an intense derby clash between Manchester Thunder and Leeds Rhinos Netball on Sunday lunchtime to Celtic Dragons’ best performance of the season, once again the Superleague round delivered.

If you did miss any of the action, then you can watch every match back in full on the Sky Sports YouTube channel. The competition returns on Sunday with Round Nine and four successive matches being streamed.

For now, take a look at some of the things that jumped out at us over the course of the last six matches…

Match of the Round

Without a doubt, this award goes to London Pulse and Leeds Rhinos Netball for their outstanding contest on Monday night.

The 40-38 victory for Rhinos marked their fifth of the season, while Pulse put a difficult loss to Team Bath Netball behind them in style.

Both teams showed outstanding character during the close encounter and across the board, individuals had outstanding performances including Funmi Fadoju and Tuaine Keenan.

Performance of the Round

This week, we’re moving back to a team that has secured this accolade before – Team Bath Netball.

On Sunday afternoon against Pulse, they did not miss a single shot at goal for three quarters, putting up 41 goals from 41 attempts, and in defence, they forced Sam Bird’s side into making a lot of errors, particularly during the first quarter.

Not only did Bath limit Pulse to eight goals in the first half, but they showed just how strong their squad is by handing further game time to Jess Shaw, Summer Artman, Betsy Creak and a Superleague debut to Hannah Passmore. All in all, it was an impressive day at the office for the league’s leaders.

The View on Social Media

Sunday’s derby day between Manchester Thunder and Leeds Rhinos Netball certainly delivered when it came to intensity and drama, and both teams’ head coaches thought so too!

Heart rate has just settled,that was definitely the war of roses that we expected, a hard fought game from both sides , Rhinos really brought it to us and put us under real pressure. Great to see our squad come together and grind out the win . A big week this week! ??#redrose? pic.twitter.com/c4Aw9qQgUR

WAR OF THE ROSES IS BACK!

We absolutely took it to them and had our chances, but the defending champs got the job done today! ? pic.twitter.com/xFoUcVHw6I

Meanwhile, Sara Bayman’s debate about the rules of netball that irk people the most went up a level, as it moved into a knockout contest on the Sky Netball Instagram page!

It's time for an official decision…. https://t.co/RtxGx9gUYP

Finally, during her half-time interview on Sunday, Strathclyde Sirens captain Gia Abernethy clarified exactly where their levels of belief are at and her franchise took that to social media.

“Everyone talks about it being Strathclyde Sirens going up against the ‘big guns’, but we also consider ourselves as ‘big gun’… against anyone.”

Our on-court performances will no longer be branded as 'unexpected'.

Player of the Round

Last week, Serena Guthrie reminded the world of her world-class skills and this week, her Bath and England team-mate Layla Guscoth did the same.

From start to finish on Sunday afternoon, she made London Pulse’s life on court a nightmare. Guscoth’s athleticism and vision meant that she remained a step ahead of everyone else on the court. 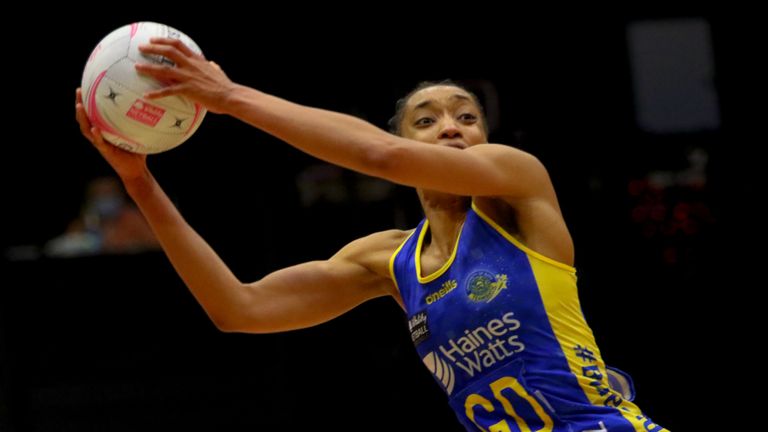 The defender worked superbly with Eboni Usoro-Brown and then combined brilliantly with Artman too. Needless to say, England Vitality Roses’ head coach Jess Thirlby will have made a note of the 29-year-old’s fitness and form and be smiling about it, given the proximity of Birmingham 2022.

Also, a notable mention must be made for Loughborough Lightning’s Jaz Odeogberin. She came onto the court after the first quarter of Lightning’s match with Sirens and changed the whole dynamic of her side’s defensive effort. That was something that Keenan also did for Rhinos on Monday night.

“What I love about this league is that as the players go from strength-to-strength, so are the coaching line-ups,” she said. 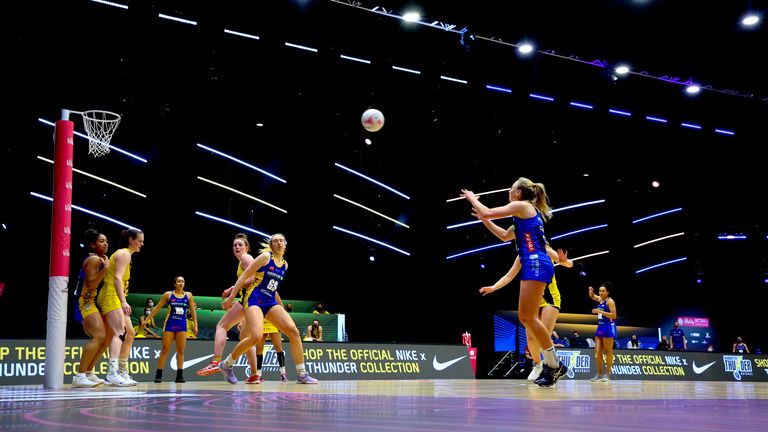 “I think that the impact coaches are having on teams is becoming even more apparent,” she added.

“The fact that there’s so much footage available [with every game being streamed live] means that you can see and dissect teams even more. It’s that information which is giving coaches the opportunity to develop further and give more to their players.”

Sky Sports is your home of netball. The Vitality Netball Superleague continues on Sunday with Round Nine and four matches back-to-back, streamed live on the Sky Sports YouTube channel from 12pm.