VIRGIL VAN DIJK has given Jurgen Klopp a major boost after he was spotted kicking a ball for the first time since suffering a serious knee injury.

The Liverpool defender has not featured since rupturing his ACL against Everton in October. 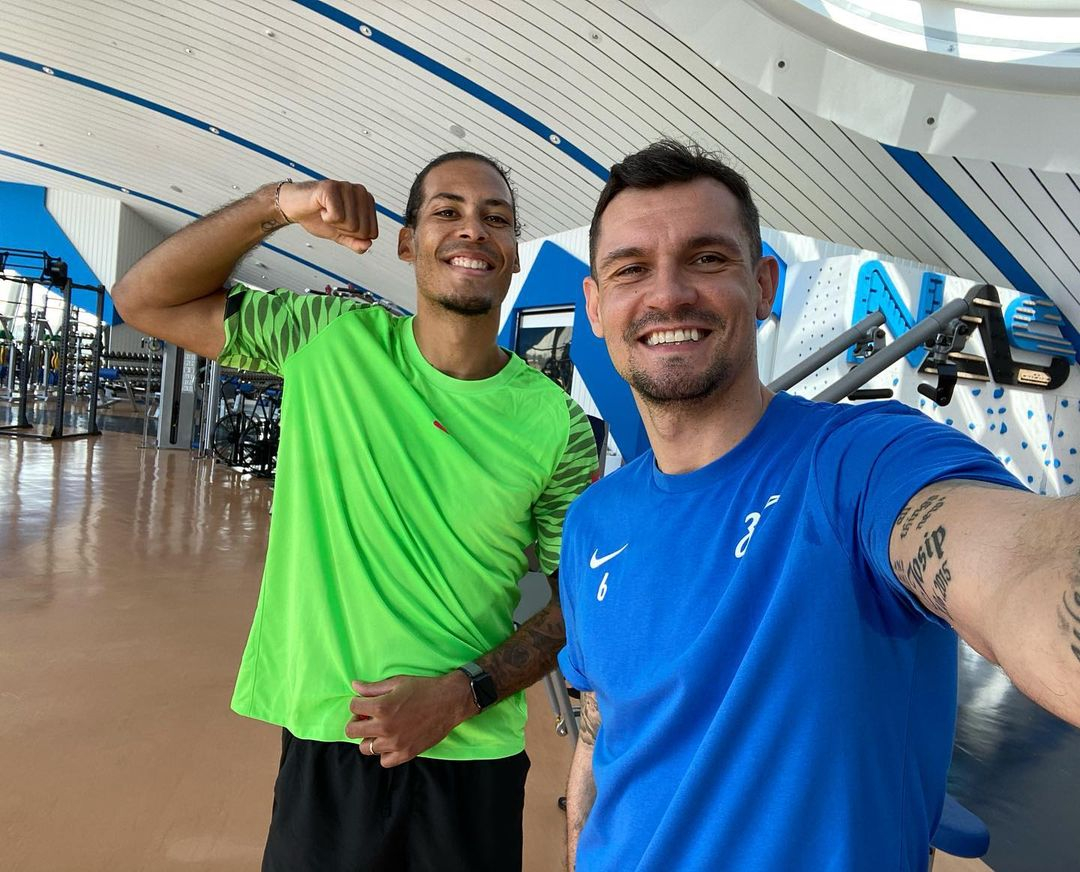 The 29-year-old was seen at the NAS Sports Complex in Dubai where many Premier League footballers train during the off-season.

Van Dijk shared a video on his Instagram page of him doing some kick ups – a sight that will please Liverpool fans.

There had been fears the Dutch captain would not play again this season due the severity of the injury.

But sights of him starting ball work with half the season still to play will give Klopp hope of him featuring in the run-in.

The Liverpool manager has been without several centre-backs this season, with Joel Matip and Joe Gomez also suffering injuries.

Matip has returned to training, but Gomez is due to be out for some time yet as he continues to recover from a serious knee injury.

Klopp has been forced to deploy midfielder Fabinho at the back for much of the season – and skipper Jordan Henderson has even featured there.

The pair started in defence in the massive clash with rivals Manchester United on Sunday.

LIVERPOOL VS MAN UTD: GET 40/1 ON A PENALTY FOR EITHER TEAM

The effect has been obvious, with Liverpool dropping points against Southampton, Newcastle and West Brom in recent weeks.

The Reds have been linked with a move for Napoli defender Kalidou Kouilbaly but must offer at least £100m if they wish to sign him.

Former Liverpool defender Dejan Lovren, who was sold to Russian side Zenit Saint Petersburg in the summer before the injury crisis, is also at the complex in Dubai.

He shared a picture with van Dijk on Twitter, with the caption: "It was nice to see my former teammate @VirgilvDijk today. A tough injury he had, but he looks stronger than ever, soon brother you will be top of your level again."

Van Dijk responded to the Tweet with a red heart emoji.

Referee Michael Oliver controversially did not send off Jordan Pickford for the reckless challenge on van Dijk that caused the injury in the Merseyside derby.

Oliver has since admitted that he was wrong not to dismiss the Everton goalkeeper.