A vintage display of putting prowess kept Tiger Woods in the hunt for a 16th major title, but it was playing partner Justin Rose who surged into the lead after the first round of the 119th US Open.

Rose, who won the title at Merion in 2013, birdied his last three holes to card an opening six-under-par 65, equalling the lowest round ever in a US Open at Pebble Beach set by Woods on his way to a record 15-shot victory in 2000.

Woods was nowhere near that kind of form but the Masters champion scrambled superbly and single-putted 11 greens to card a 70, the same score he posted in the first round at Augusta National in April.

Rose enjoyed a one-shot lead over former Open champion Louis Oosthuizen and the American trio of Rickie Fowler, Xander Schauffele and Aaron Wise, with Rory McIlroy, Henrik Stenson and Francesco Molinari part of an eight-strong group on three under.

“The only reason I knew my putt on the last was to match Tiger’s score is that Rickie had that putt earlier and I was watching some of the (television) coverage,” Rose said. “I thought this would be kind of cool doing this in front of the great man himself. 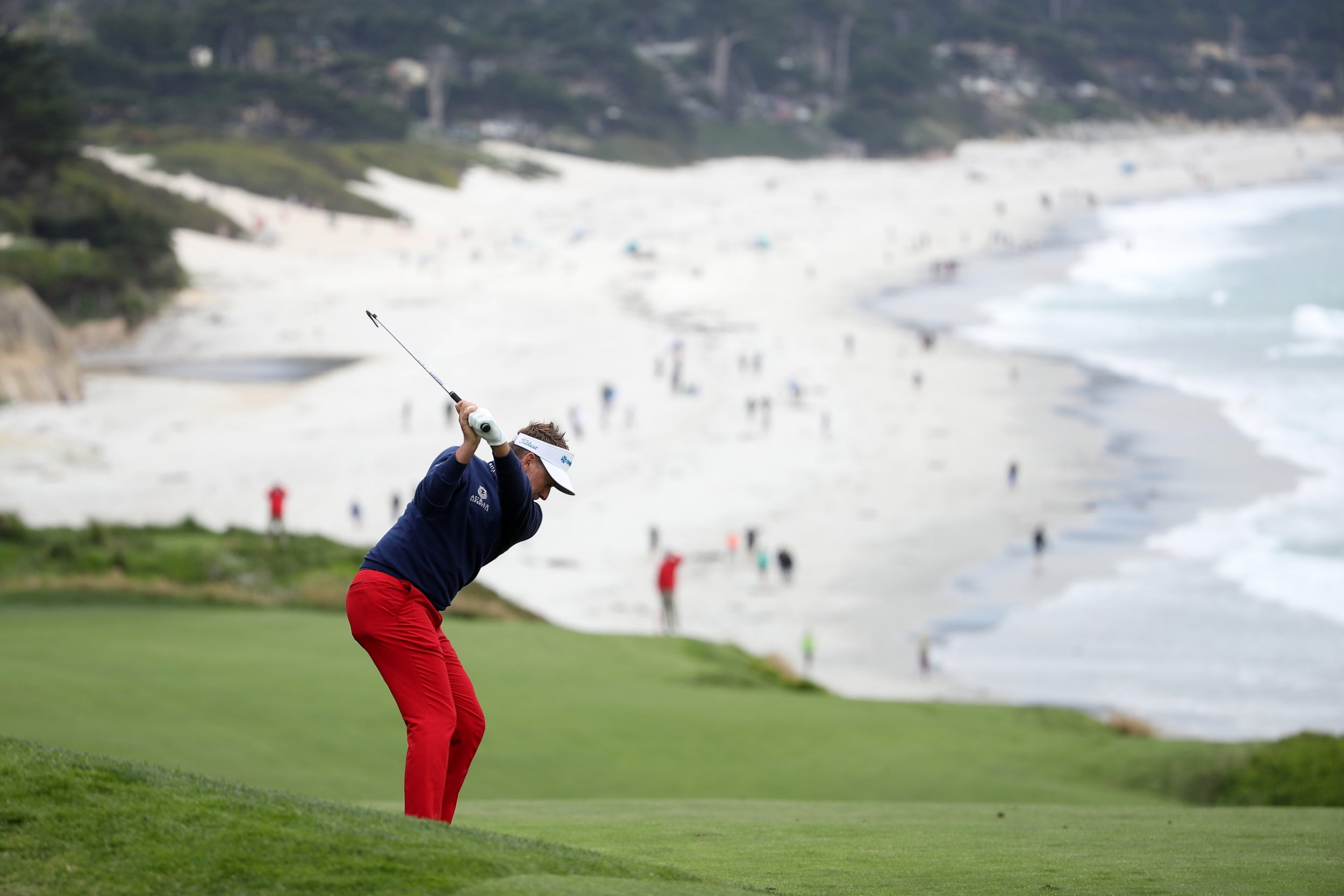 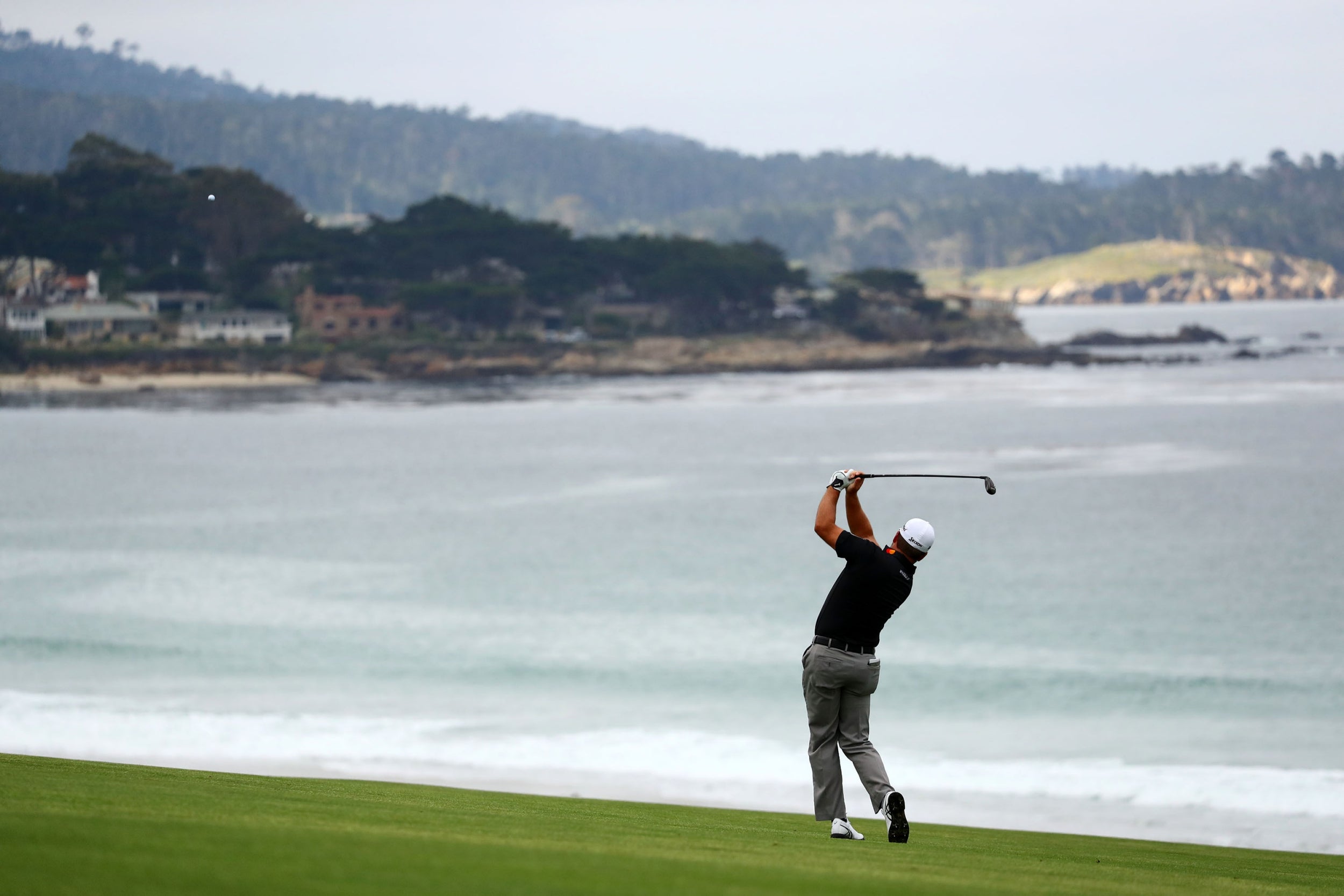 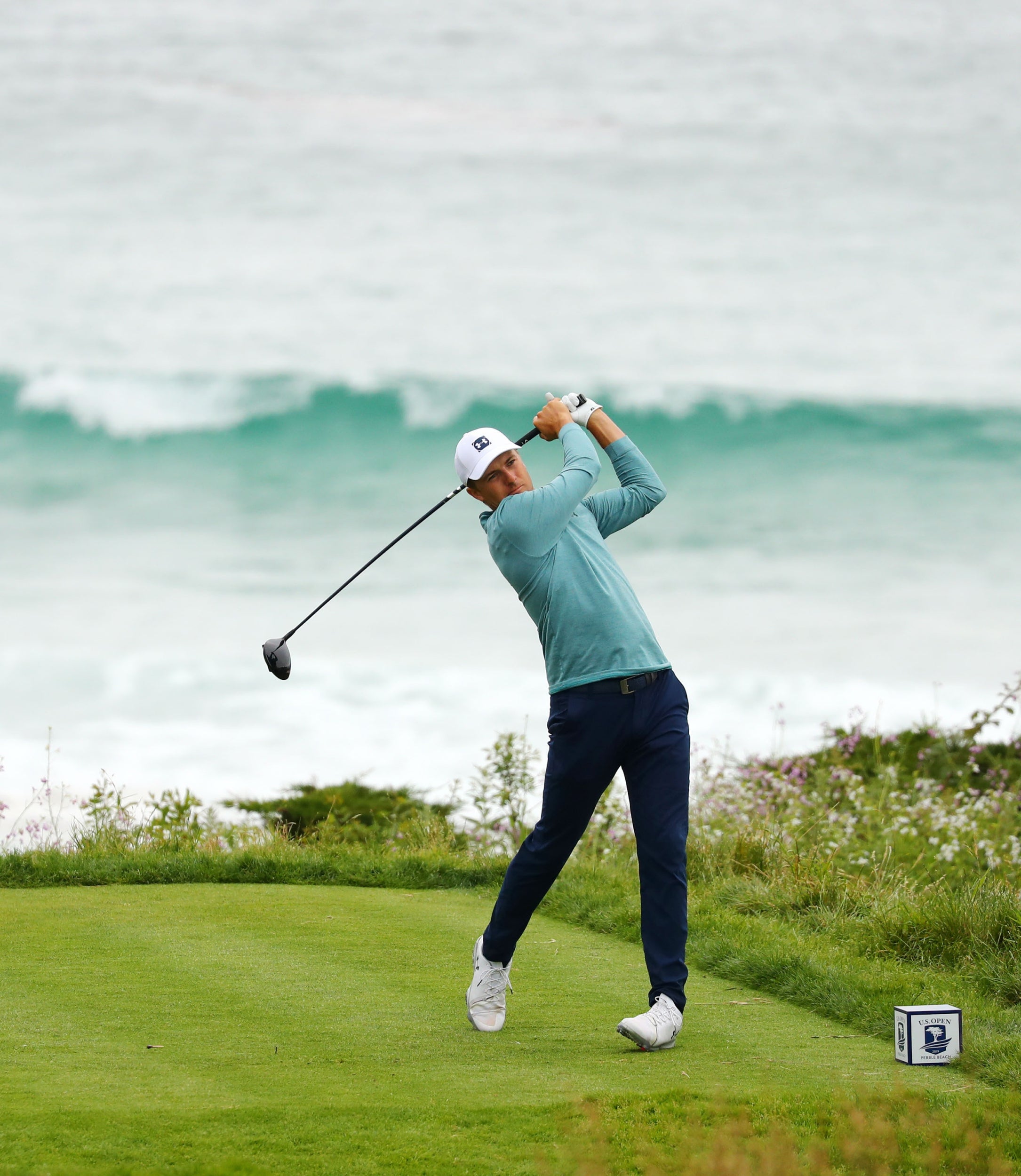 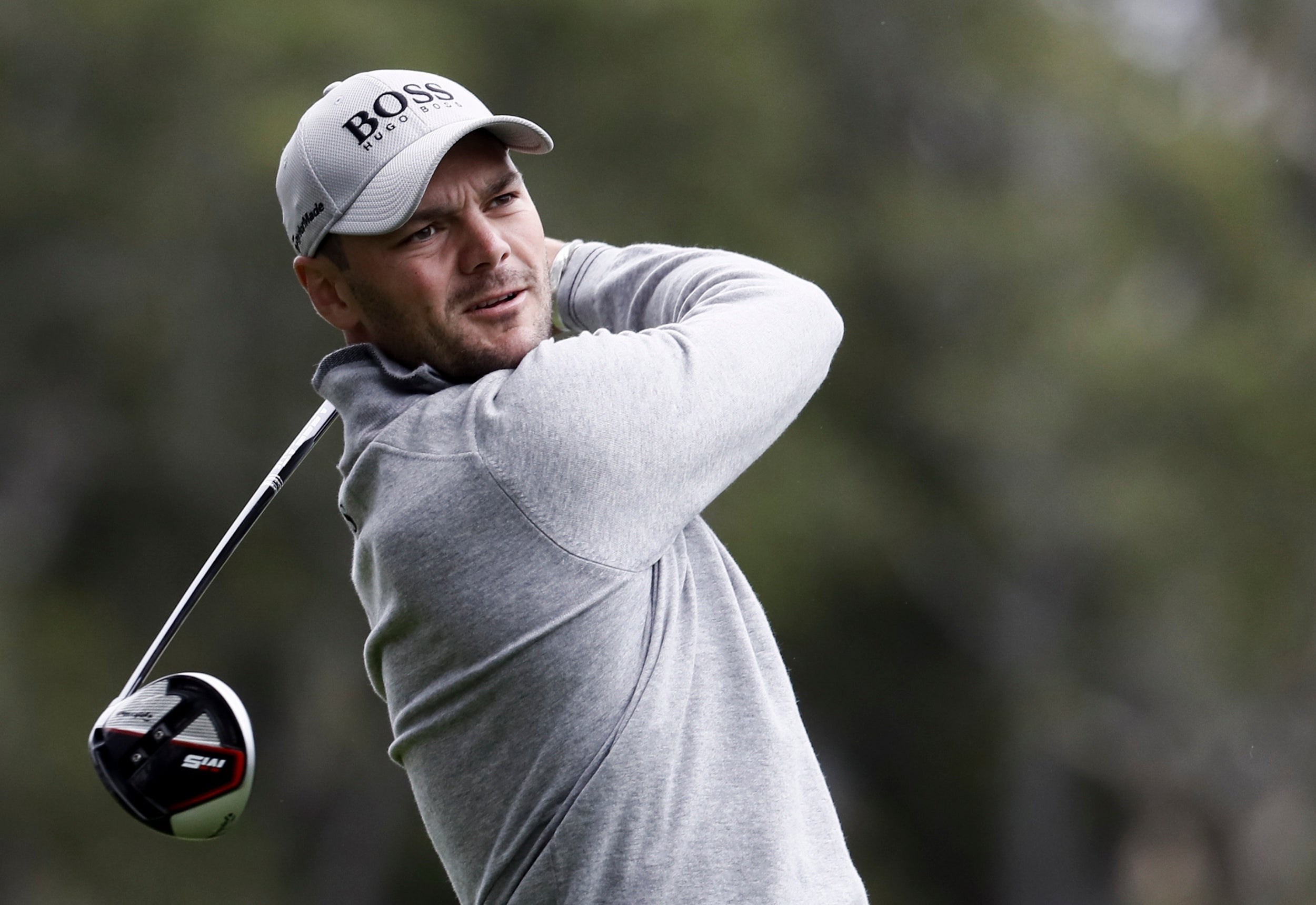 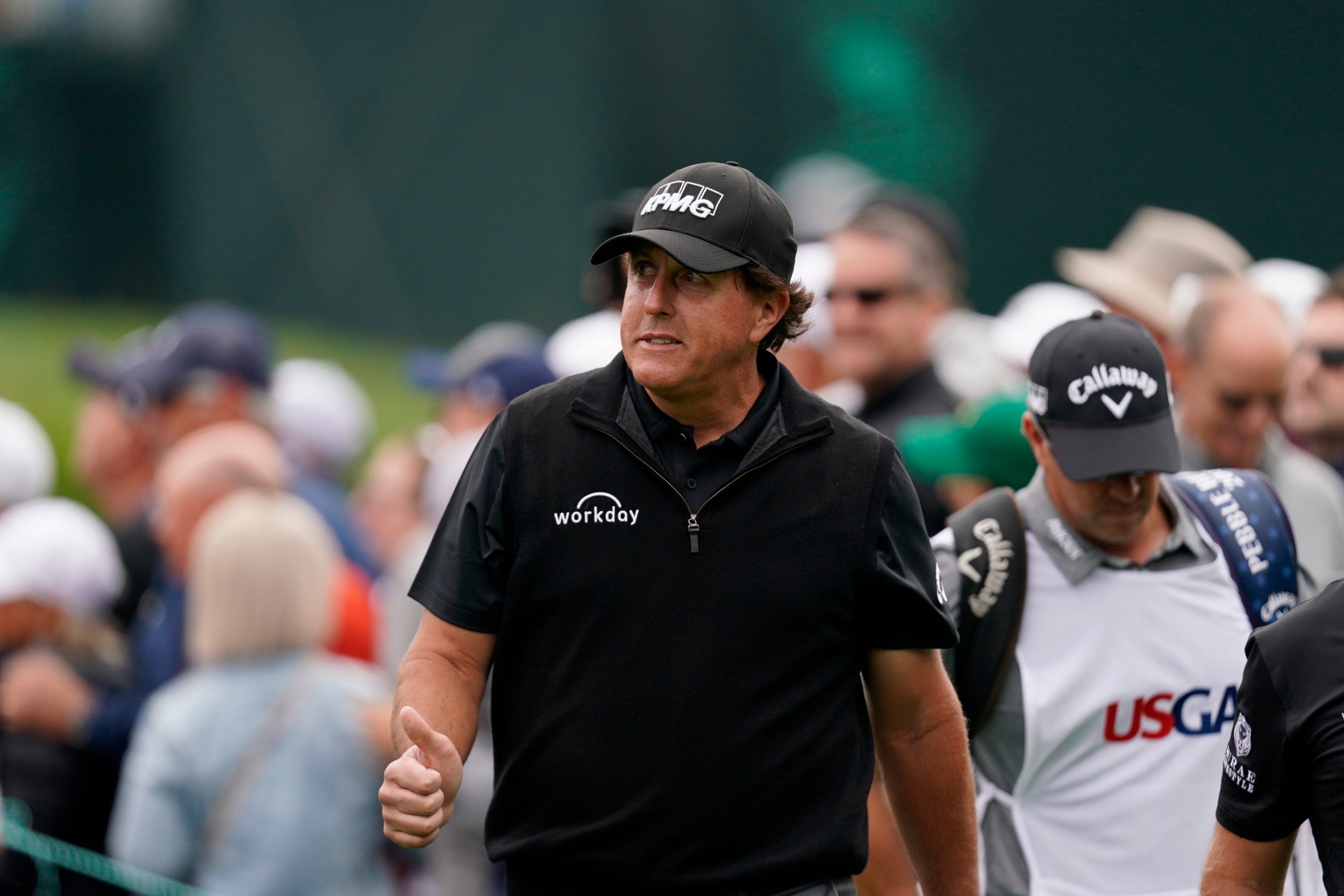 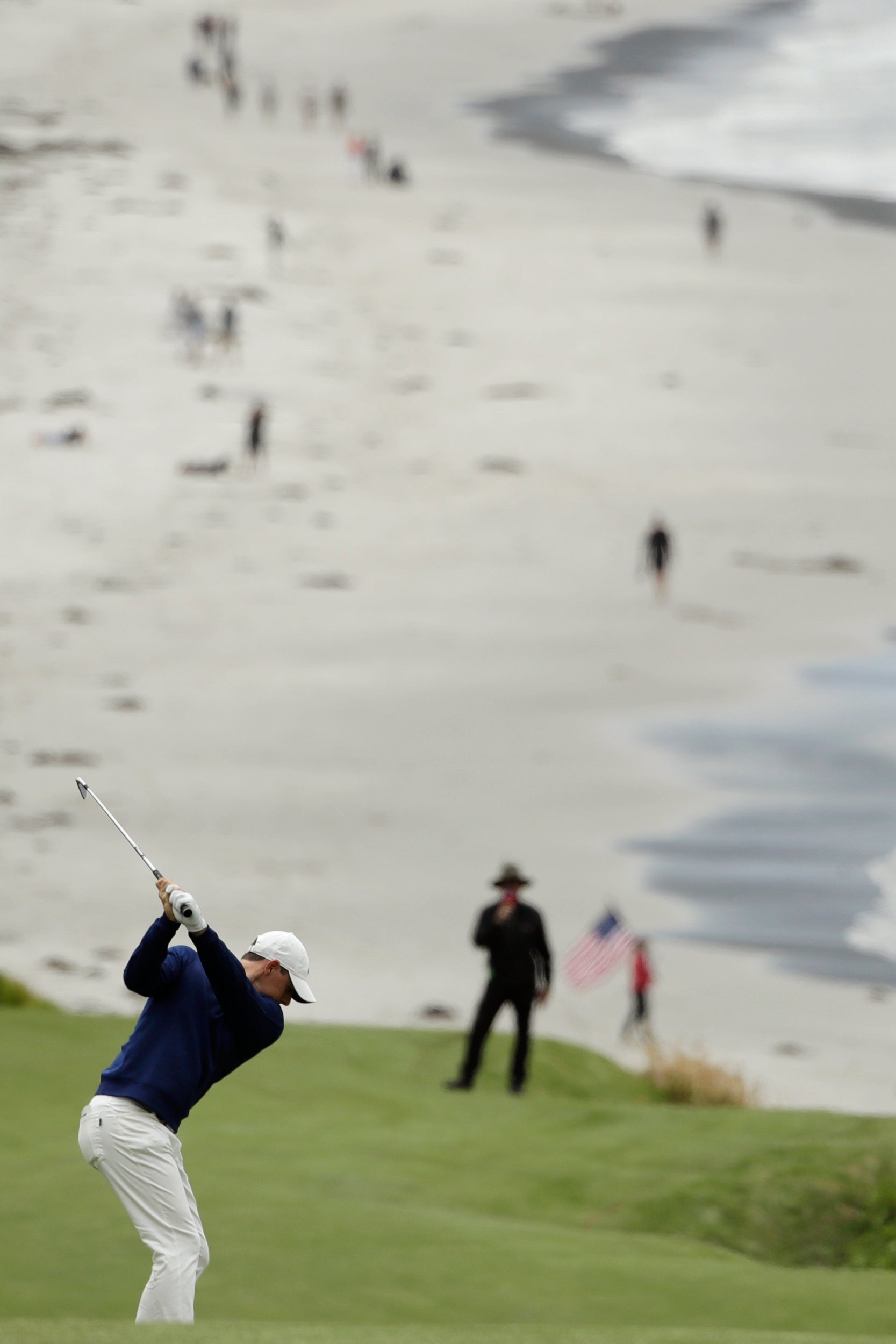 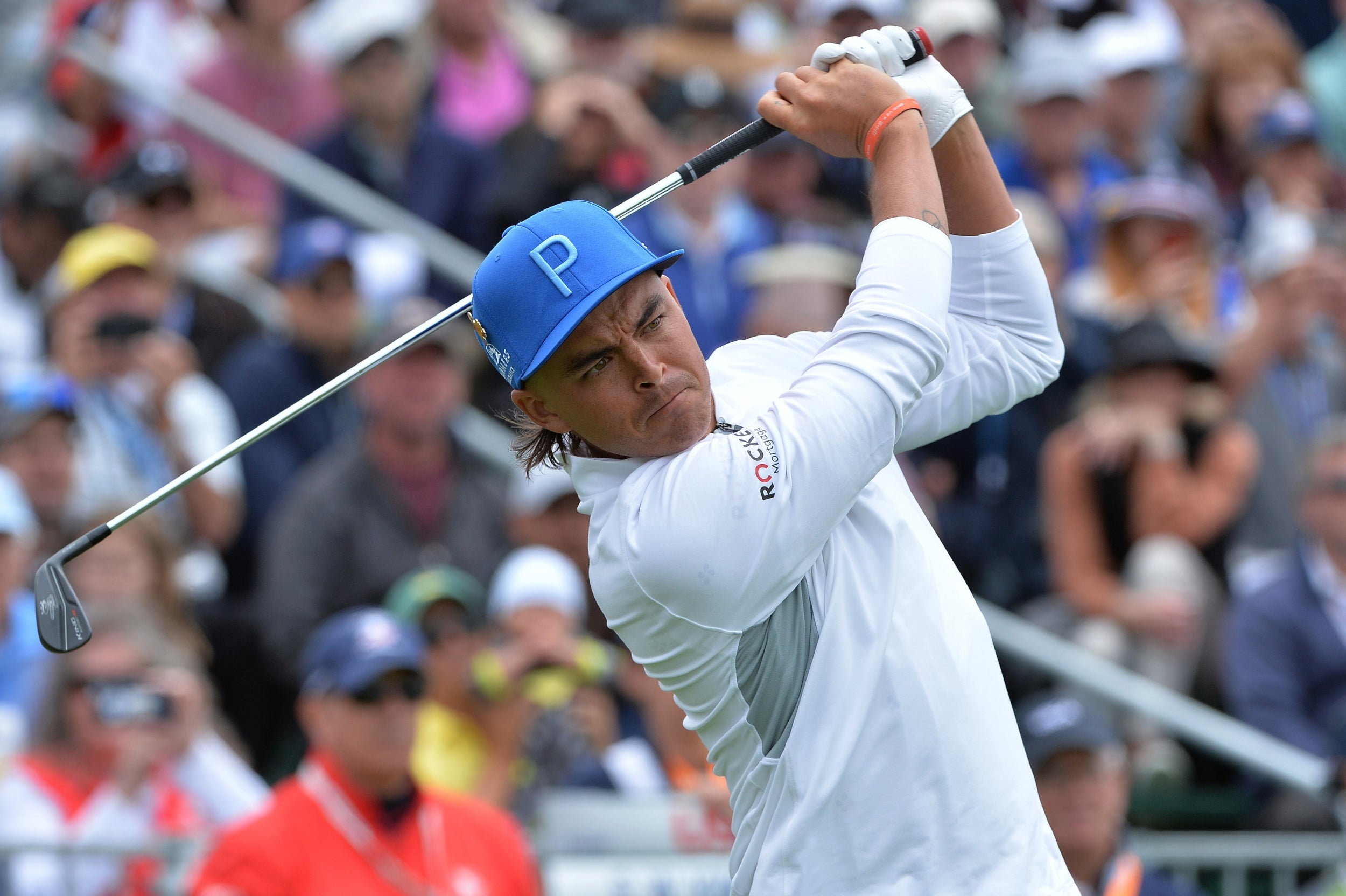 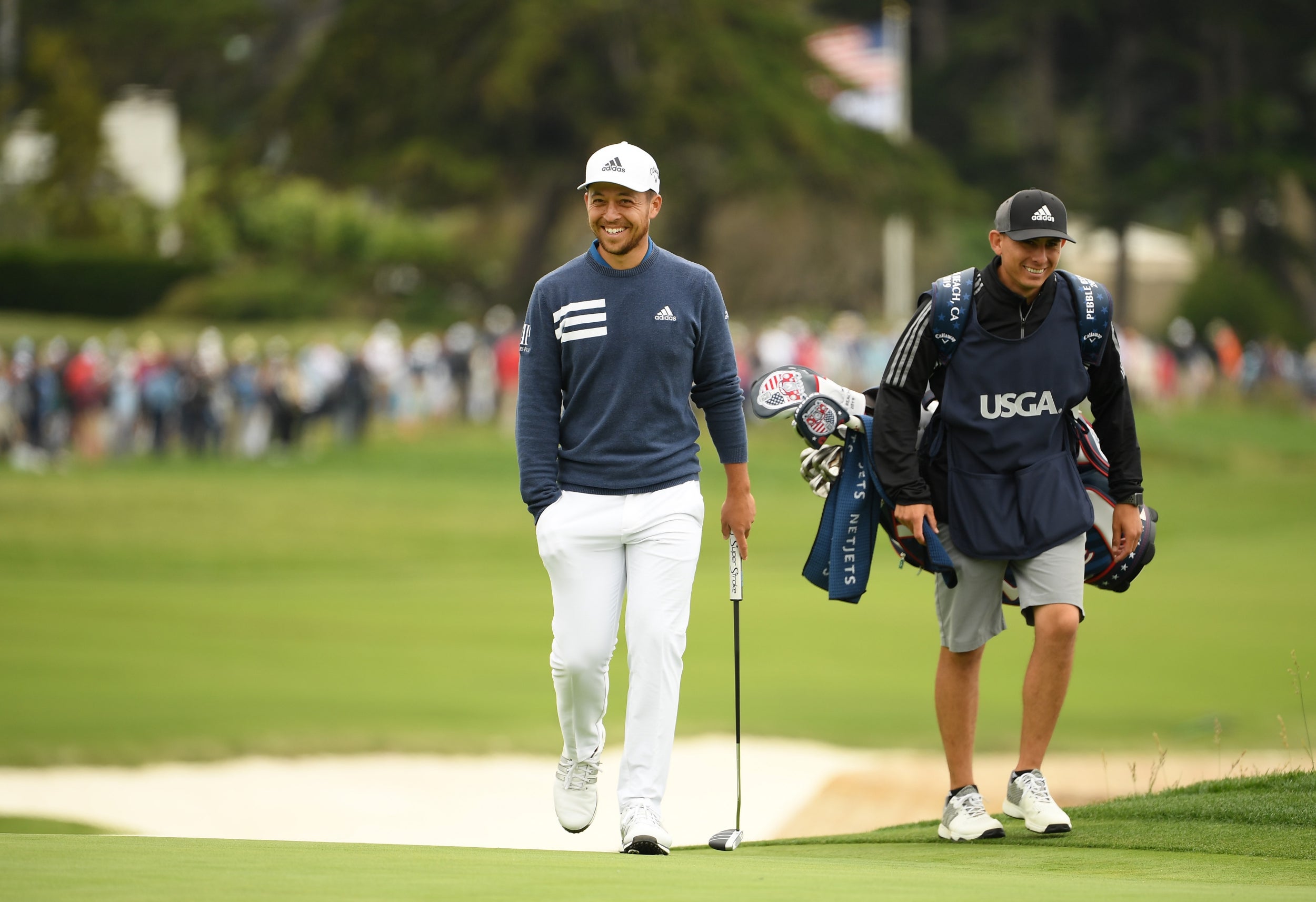 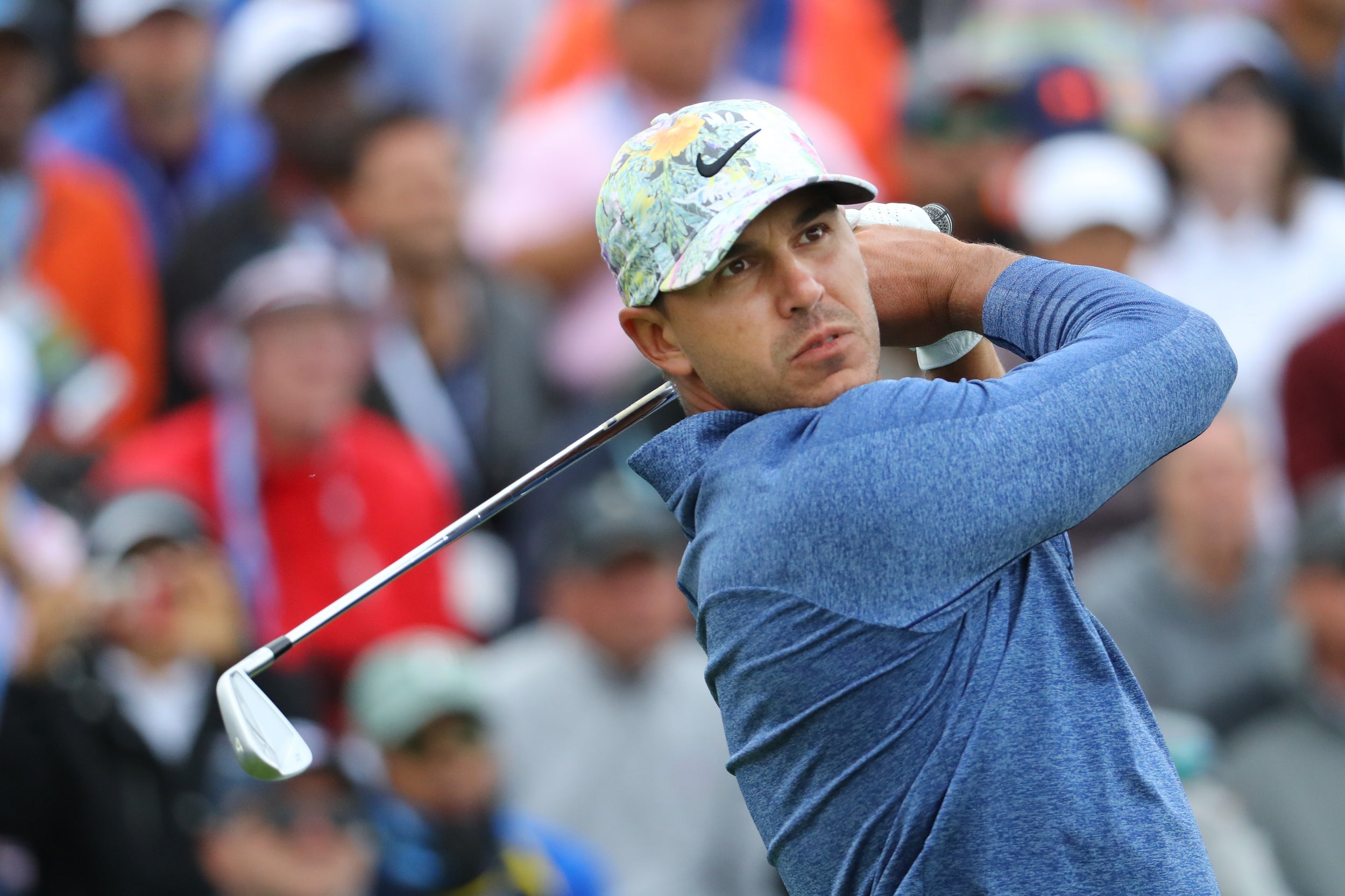 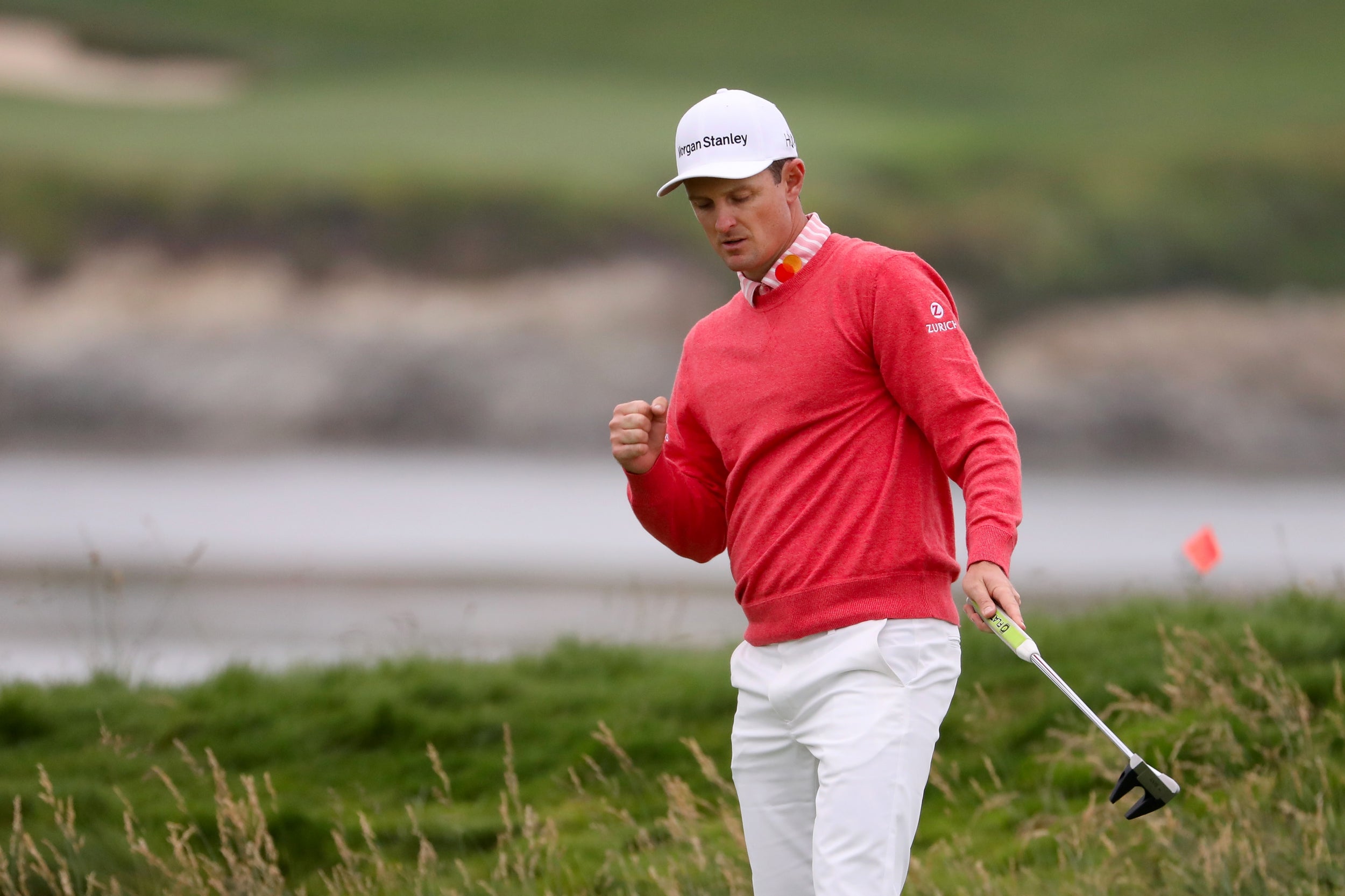 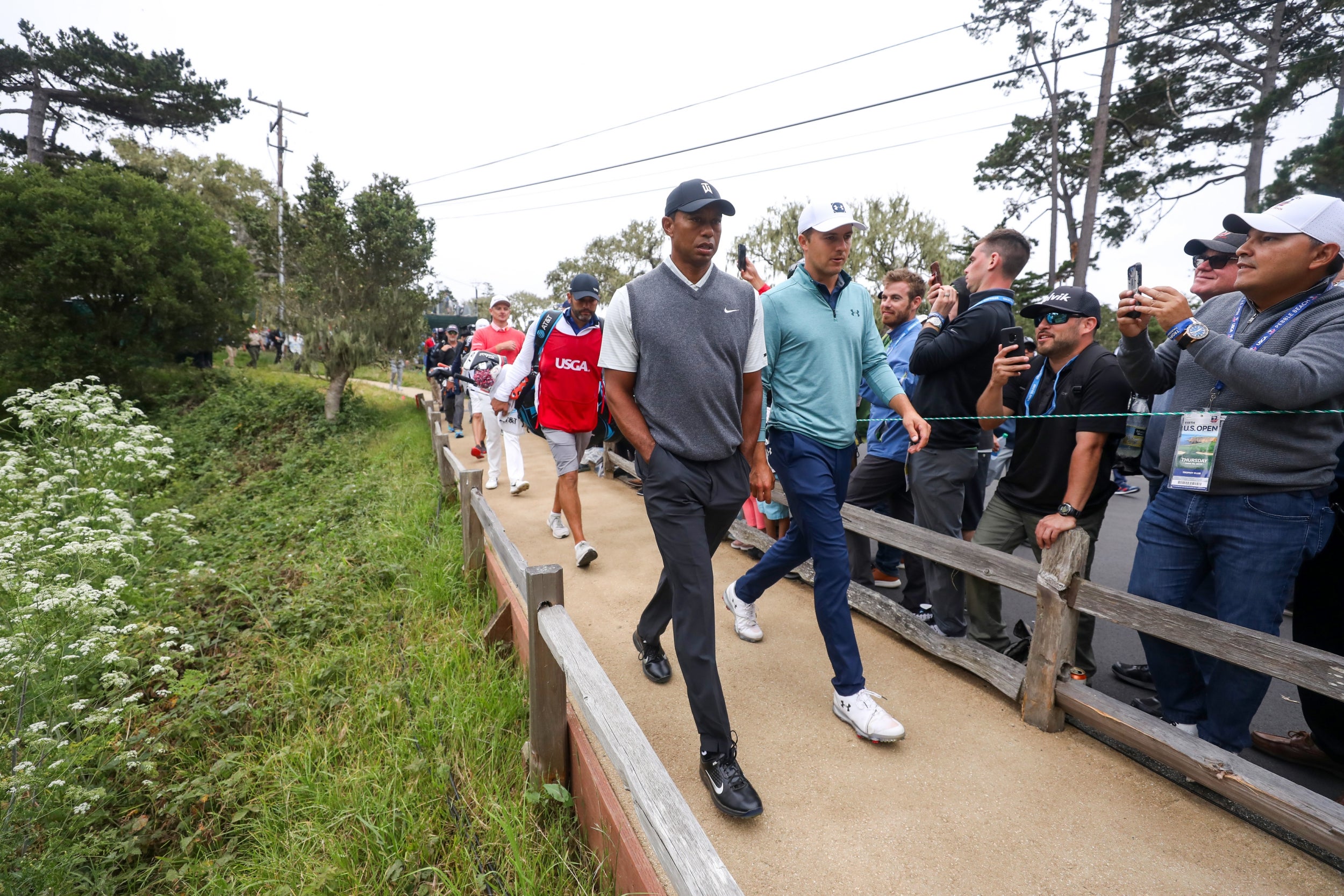 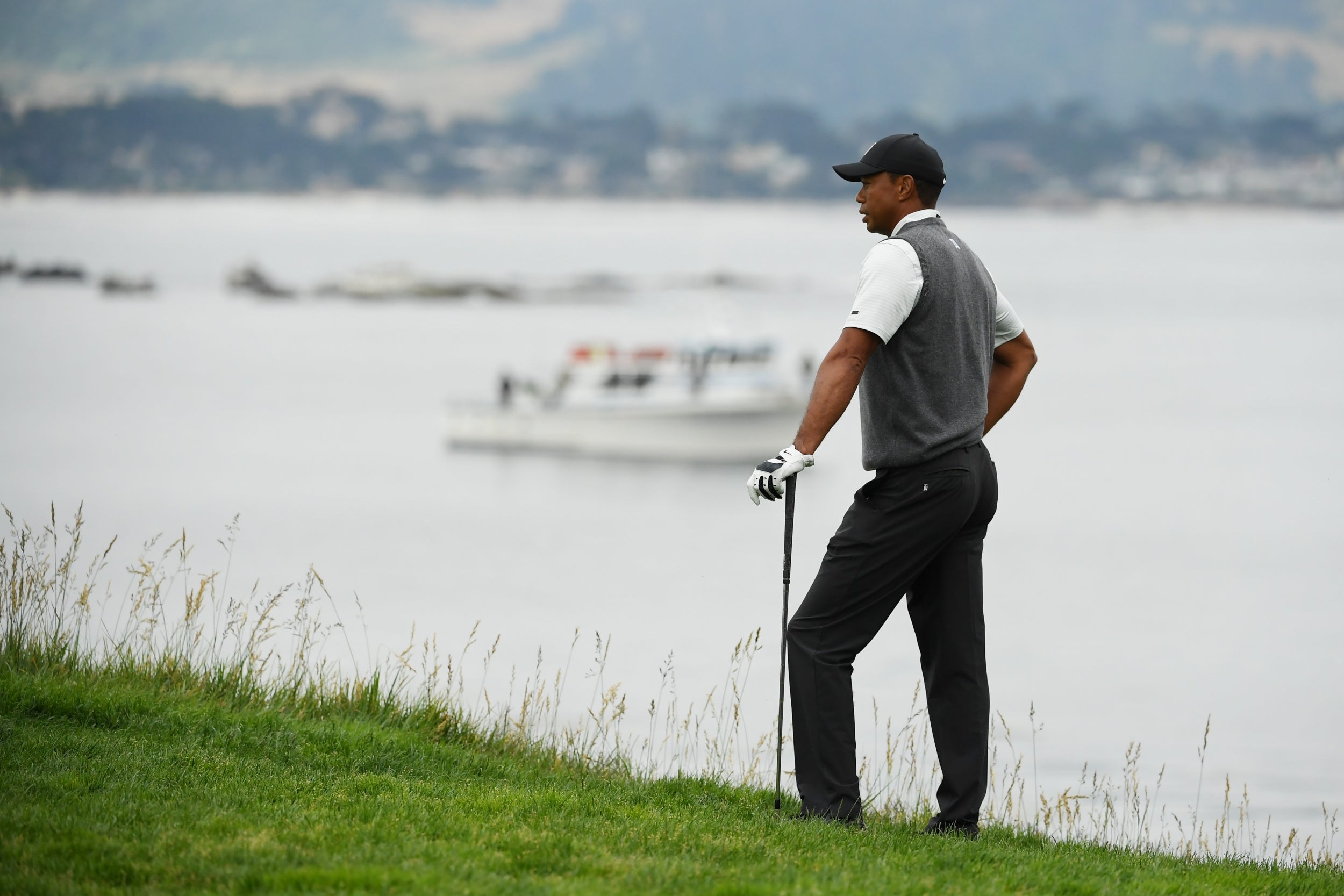 “I don’t know if I did a good job of anything other than scrambling today so it’s good to know you can shoot a score like that and have something left in the tank.”

Woods carded three birdies and a double bogey in a four-hole stretch on the front nine before finishing with 11 straight pars, the most notable courtesy of a 30-foot par putt on the 14th after thinning a bunker shot across the green.

“I putted well but I was trying to just hang in their today,” Woods said. “It was just one of those days and Rosey proved the golf course could be had. He struggled for a little bit, fought it off and what an incredible finish.”

McIlroy had earlier produced the fast start he had craved after being reminded that all four of his previous major titles came after a first round in the 60s, the Northern Irishman recovering from a bogey on his opening hole to return a 68.

McIlroy won the 2011 US Open with a record total of 16 under par but was a total of 53 over for his seven subsequent starts and 36 over in the first round alone, the world number three admitting after a third straight missed cut in 2018 that his record was “pathetic”.

“I think I did what I wanted to do, which was hit it in the fairways for the most part, hit a lot of greens and when I didn’t I was able to get it up and down,” McIlroy said.

“I did everything you need to do in a US Open, I stayed patient after I bogeyed the first and played really solid after that so I did what you are supposed to do, make a lot of pars, chip off the birdies when you can and it was a good day’s work.

“It’s important for everybody (to make a fast start) but especially trying to get my way back to winning these big events it is important. The first two majors this year I shot 73 at Augusta and over par at Bethpage as well and it’s so hard to chase, especially when courses are so tough

“To get off to such a good start you are right in the tournament from the start which is a nice position to be in.”

Fowler is arguably the current holder of the unwanted title of “best player yet to win a major” after racking up eight top-five finishes, four of them coming in one season in 2014.

“I said earlier in the week that whether I win a major or I don’t in my career, it’s not something that’s going to define me,” the 30-year-old said after a round containing six birdies and a solitary bogey.

“There’s a lot of other things that I’d love to be remembered by, work off the golf course and making a difference and changing people’s lives. It would be nice to have a major on the resume. We’ll see what we can do.”