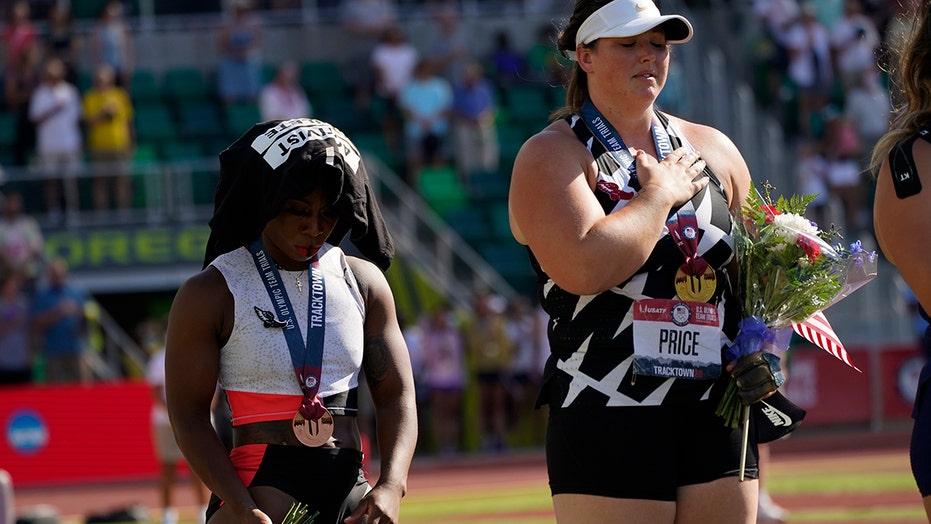 U.S. Olympian Gwen Berry tweeted her support for a handful of England’s soccer stars after they were racially abused online following their loss to Italy at the European Championship.

Marcus Rashford, Jadon Sancho and Bukayo Saka were on the receiving end of racist taunts on Facebook, Instagram and other social media platforms. Berry, the star hammer thrower who was recently in the national spotlight for turning her back to the flag during U.S. Olympic trials, came to their defense on Twitter.

“Heartbreaking situation! Why am I not surprised! This hate is the reason why athletes cannot ‘just be athletes.’ We must stand against these social issues until they no longer affect our lives! Sending my love to Marcus Rashford, Jadon Sancho, and Bukayo Saka and their families,” she wrote.

She added: “They only love us when it benefits them.”

Berry was among those who came out with strong messages of support for the athletes.

“I am sickened by the racist abuse aimed at England players after last night’s match,” the British royal said in a post on Twitter. “It is totally unacceptable that players have to endure this abhorrent behaviour. It must stop now and all those involved should be held accountable.”

Johnson added: “This England team deserve to be lauded as heroes, not racially abused on social media. Those responsible for this appalling abuse should be ashamed of themselves.”

Italy defeated England via penalties at the Euro. Italy won its first tournament title since 1968.