The American middleweight raced across the cage, found his range with a couple of jabs and detonated two skull-shaking shots to render his victim unconscious.

On the undercard of Khabib Nurmagomedov’s lightweight title defence against Justin Gaethje, ‘The Megatron’ barely broke sweat in dismantling his opponent.

And the newbie raced across the octagon to the main camera to tell the UFC: “This is mine now”.

The rapid victory is the second quickest in UFC middleweight history and will catapult the ace into another high-profile fight soon.

"I’m surrounded by great guys at Sanford MMA and my boxing coach, so just a testament to those guys.

"It feels great, of course, but we can’t get too excited because we have bigger things in line, we’ve got the bigger picture, which is to be a world champion and that’s what we’re here for.

"I know since a lot of people watch my footage, they’re afraid of my right hand.

"I finish a lot of people with my right hand, and soon as I seen him go backward I knew exactly what he was afraid of. 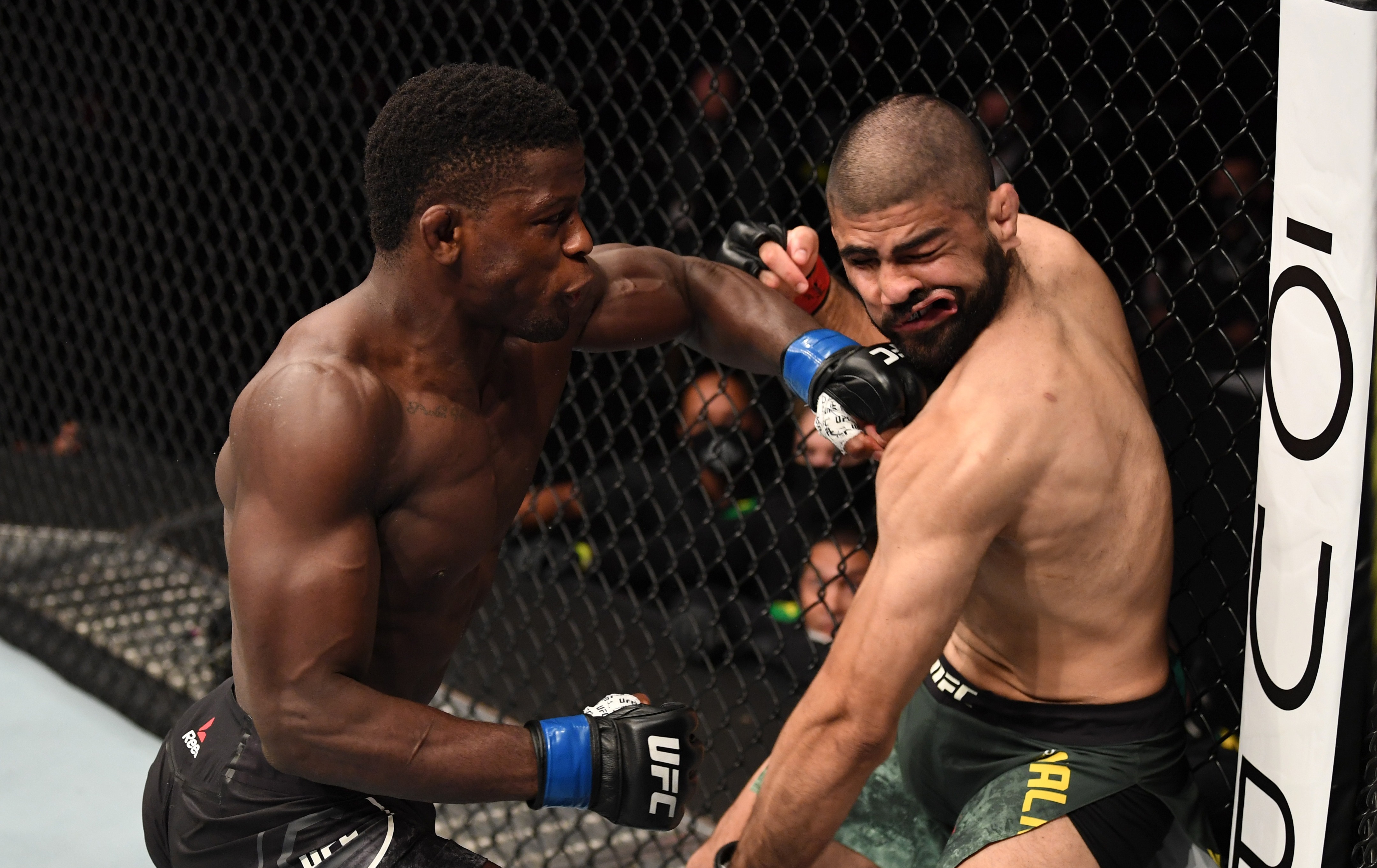 "Fight Island has been amazing, I’m so blessed to be here.

"Thanks for the UFC putting it on, Dana White and all those guys.

"God willing, they did everything they had to do and now we’re here and it’s just amazing to be here."