Tyson Fury knocked out Deontay Wilder to win the most extraordinary fight in Las Vegas on Saturday night.

It finally finished in round eleven of a fight that nobody in the T-Mobile Arena or watching live around the globe will ever forget.

Nobody will forget the sickening end as Wilder went down for the third and last time. A doctor had inspected him three times in earlier rounds.

Nobody will ever forget the moment in round four when Fury was sent tumbling to canvas. He was dropped heavily twice in the round, but he had dropped Wilder in round three.

Nobody will ever forget the bloody, grim defiance of Wilder, throwing punches in hope and memory in the last few rounds. Wilder was bleeding heavily from the mouth and swinging wildly from the floor. What was keeping him up?

Tyson Fury knocked out Deontay Wilder in the eleventh round

It was a fight of endless moments, fearless twists and stupid bravery. Fury was hurt badly in the fourth, Wilder seemed on the edge of collapse a dozen times, but still they tried to knock out the other man. It was pride in Las Vegas, a fight for the ages.

“It was the greatest fight of my life,” said Fury.

Well, it will also be the greatest fight for millions of others and it was a privilege to cover from six-feet away on the safe side of the ropes.

Where to try and begin to detail the action, emotion and drama?

Wilder did start well, fast, smart and clearly fighting to a plan. And then in round three he was dropped. He survived and really hurt Fury in round four. Fury was dropped twice and saved by the bell. In the T-Mobile, Rocky music played during the break. It was mayhem. 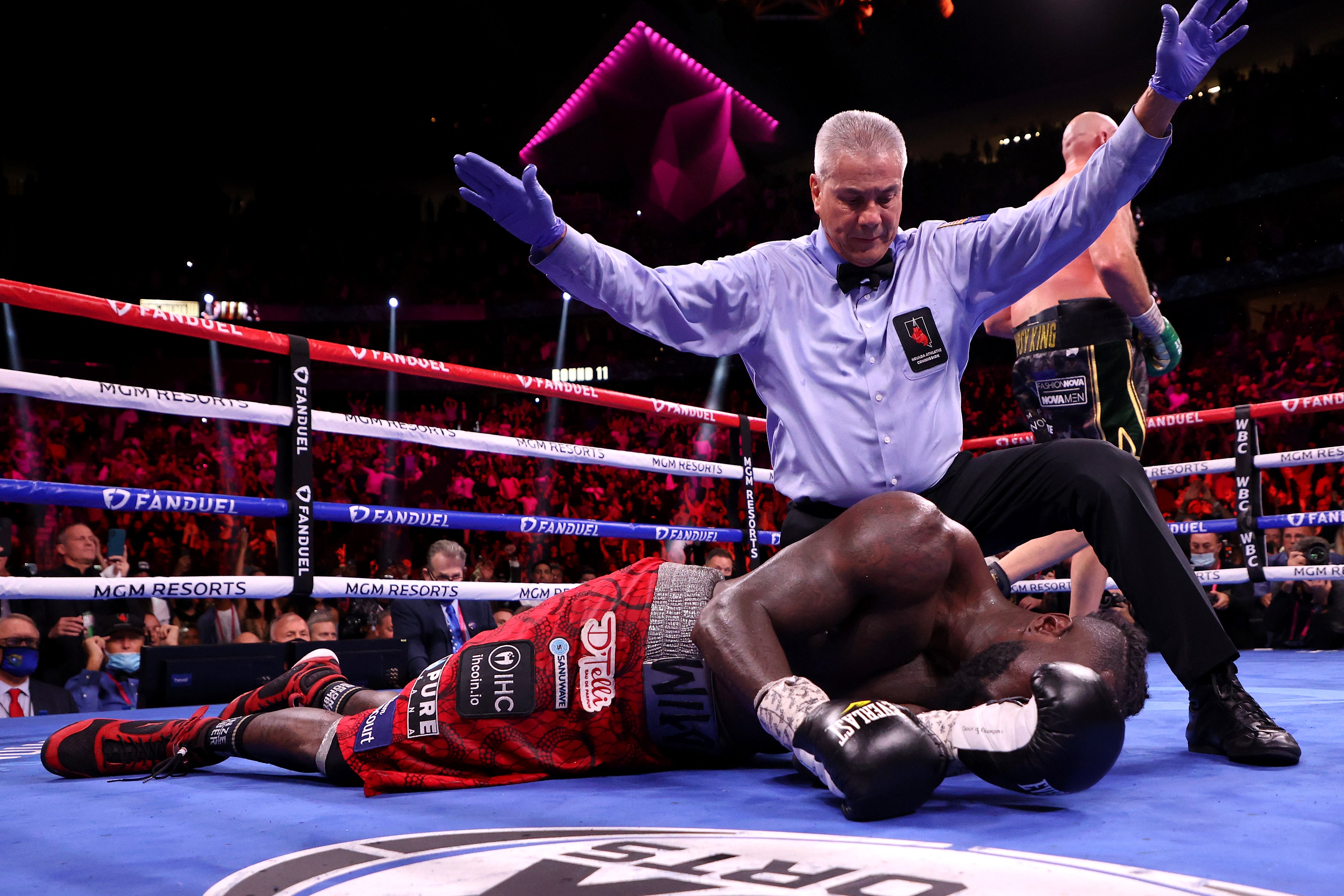 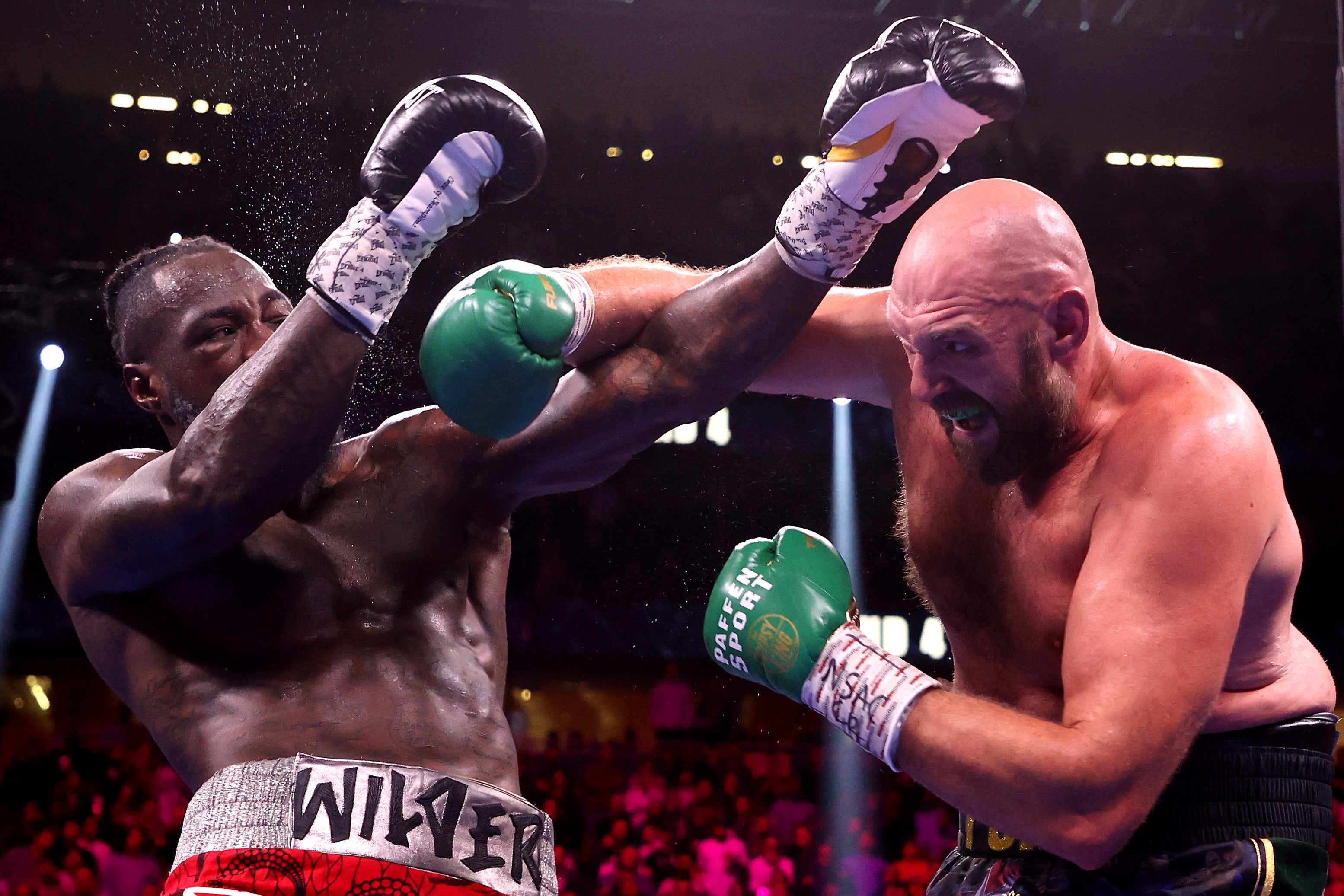 Fury still looked hurt at the start of the fifth, but Wilder suddenly looked tired. The next few rounds were basic, savage and Wilder somehow managed to just about stay in the fight with one or two punches that hurt Fury. It was epic by the halfway stage.

At the end of round seven, the ringside doctor was asked by the referee to climb in the ring and inspect Wilder. The brave American was cleared to continue. The doc was back at the end of the eighth.

In Wilder’s corner and clearly in his heart, there was still a feeling he could win. It was a lost cause, but Wilder, even staggering and bloody, was still a one-punch threat.

The tenth, perhaps, sums up the fight; Fury dropped Wilder again and had 61 seconds left in the round to finish it. Instead, with just a second or two remaining, Wilder caught Fury and it was Fury who staggered! The doc made another visit to check on Wilder at the end of the tenth.

The fight was nearly over. The bell sounded for the eleventh and the pair were a contrast as they came together; Fury looking to end it and Wilder was just dreaming of surviving.

It finished with Wilder face-first on the canvas from a left and right; the referee waved it off without a count. It was over, a piece of unforgettable sport was done. The eleventh round will be the official result, but that tiny detail will never be able to capture the brilliance, bravery and beauty of what happened from the first bell until the last punch.