And now she sings to them, instead. Some even whinny back. 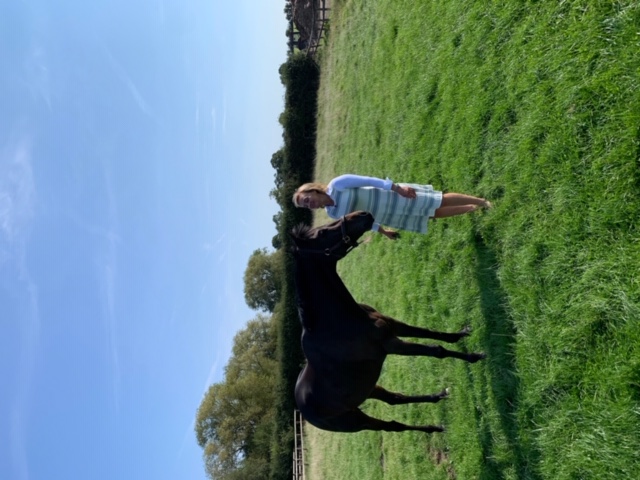 Mozart duets bring the house down in a stable that doubles as an equine concert hall.

And those happy, relaxed runners are repaying her handsomely with a colossal winning profit of 78-l, the latest was 17-2 scorer Island Warrior at Kempton yesterday.

As many as 103 of her runners have also finished second or third so, as their odds are often between 10-1 and 33-1, her total exceptional profit soars to at least 100-1. Bravo!

On-song Main, 51, who grew up around horses in Alabama,  moved to the UK to study as an opera singer in London before turning her hand to training racehorses.

And she certainly has the punters singing her praises.

Indian stable assistant Pujari is also turning out a ballad or two in his native language and the horses join in — and love it.

Main said: “The singing helps them to relax, and I put them straight into a paddock to socialise after their morning exercise.

“They get to know one another, and it’s far better than being bored, all alone in their box.  An owner once said our horses have a better life than the people who look after them. We’re proud of that.”

Island Brave was treated to 25 minutes of Mozart and Rossini arias before he trotted up at 33-1 at Ascot last month. The singing relaxes the horses at home and Main continues the gentle approach on the racecourse.

She added: “I will not put up a jockey who’s likely to give a horse a hard race. I’m not against a jockey using the whip on certain horses, but there’s always a limit.

“I don’t want horses beaten up who will take months to get right.”

Business is so good plans are advanced to expand the Oxfordshire stable from 32 to 60 boxes.

A round, four-furlong gallop will also be added to the present six-furlong, all-weather stretch.

It’s a family affair at the Kingston Lisle yard. Husband James, a  vet, gives the horses breakfast at 6am, followed by riding out at least five, and puts them to bed with their last feed at 10pm.

Just a week ago Main was saluting Colonel Whitehead after his easy 4-1 win at Lingfield. He runs again in the 3.15 at Newmarket. She said: “He was named after my grandfather Colonel Chuck Whitehead, General MacArthur’s military attaché after the war in Japan. He reminds me of my grandfather —  he’s tough, kind, and effective.”

The warbling Mister Bluebird is another showing good form. He could run at Lingfield on Tuesday.