LEYTON ORIENT'S Carabao Cup clash with Tottenham is in serious doubt after a number of their players tested positive for coronavirus.

The O's are set to host Jose Mourinho's men in the third round on Tuesday night. 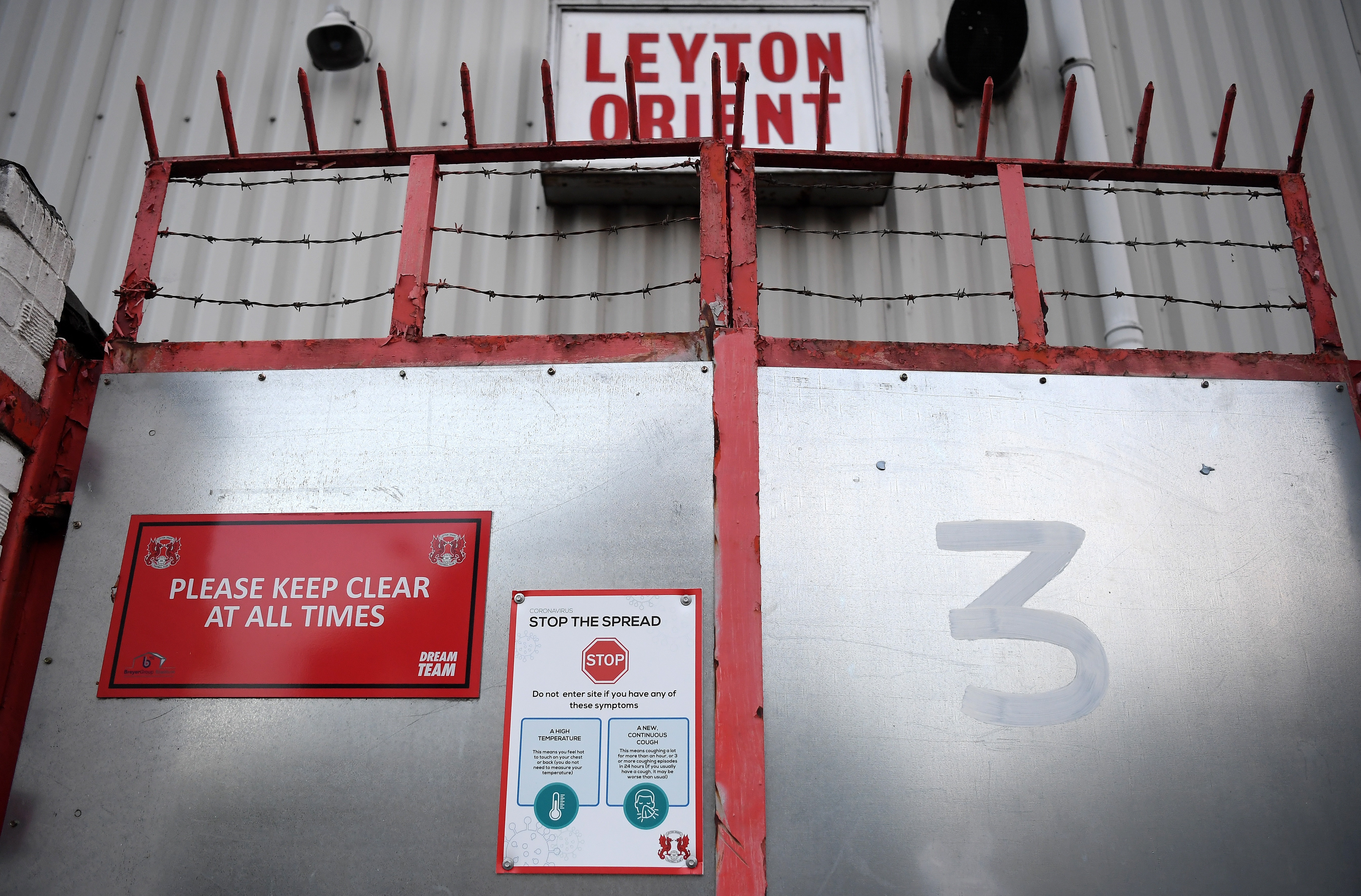 The club's Beyer Group Stadium and training ground has been closed immediately – and tomorrow's clash is now at risk of being cancelled.

The two clubs are in talks with the EFL with a decision on what to do with the fixture likely to be made today.

But with no space in the calendar for any alternative dates and Spurs with Europa League commitments, it is hard to see how the date can be rescheduled.

Spurs are likely to go through to the next round automatically if the game is cancelled.

An Orient club statement read: "Following our game on Saturday 19th September, Covid-19 testing was conducted on all of our first team playing squad.

"Today (Monday 21st) we received formal confirmation which shows that a number of our first-team squad have tested positive for COVID-19.

"We have informed the EFL and Tottenham Hotspur and will make a further announcement regarding Tuesday’s match shortly.

"We have also informed Mansfield Town, Plymouth Argyle and Oldham Athletic, our three most recent opponents, prior to the public release of this information.

"Leyton Orient’s priority is the health and well-being of its players and staff. Those who have tested positive will now strictly follow government self-isolation guidelines.

"The Breyer Group Stadium and training ground facilities will be closed until further notice."

The news will be a concern for football authorities as cases in the UK continue to increase.

Confirmed daily cases around the country have risen to 3,899 although an ONS study suggests around 6,000 people a day are becoming infected.

Orient head into the fixture undefeated this season having progressed through the cup having knocked out Forest Green and Plymouth.