WINNING the Premier League is no easy task.

No wonder that picking up a winners' medal in the top-flight is among the most impressive feats in football.

The Premier League's 30th season is up and running – with Manchester City the reigning champions.

As a result, there are plenty of those precious medals swirling around.

And they're not only adorning the likes of Cristiano Ronaldo and Thierry Henry's mantelpieces.

For every superstar champion there's a backup player in dreamland, clutching the trophy with a medal around their neck.

In tribute to them, here's an XI of those Premier League winners you can be forgiven for having forgotten down the years. 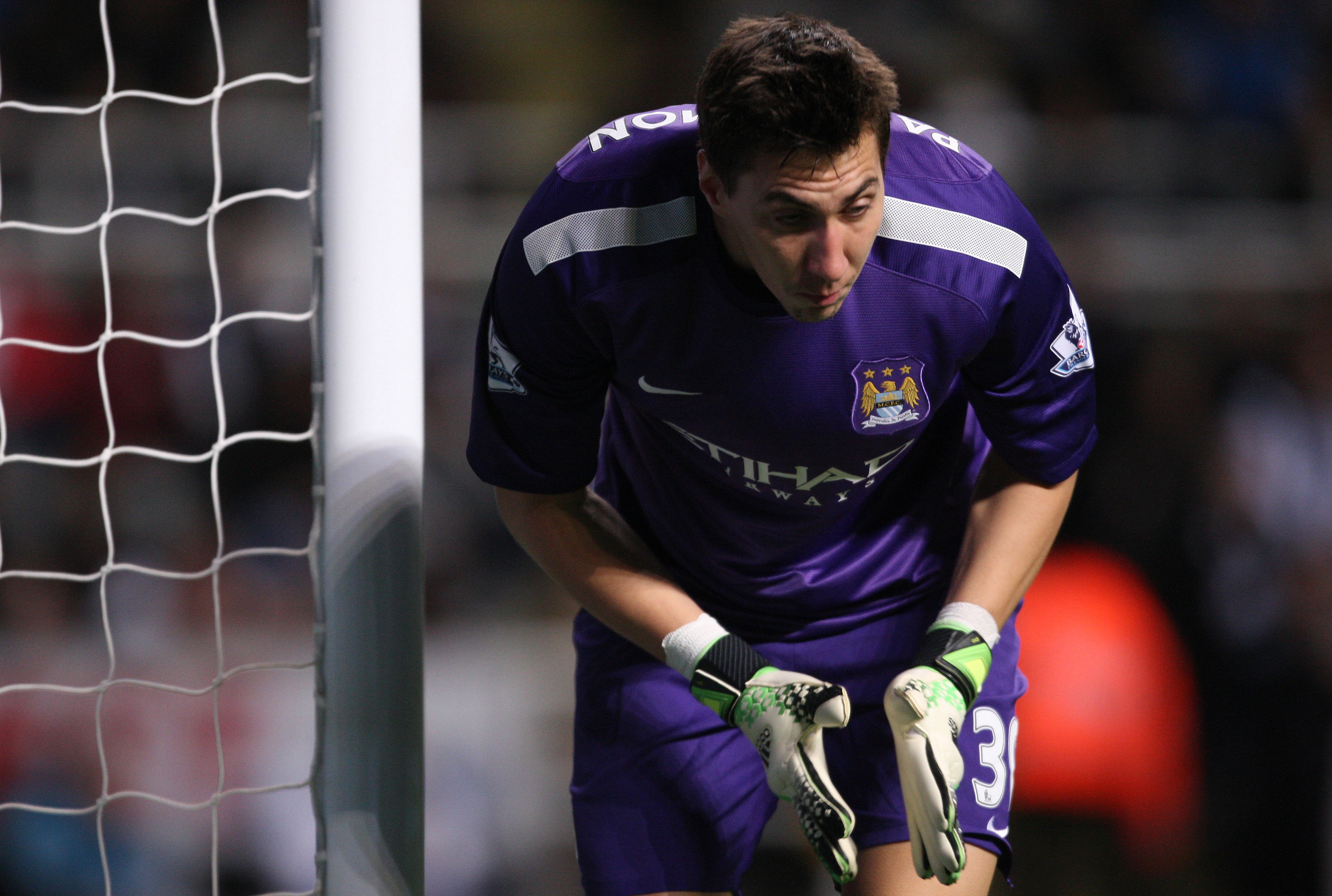 The Romanian had size on his side… but not an awful lot else.

Standing at 6ft 8in, Pantilimon should have been an imposing, authoritative figure between the sticks.

The blunder-prone keeper played seven times in Man City's 2013-14 triumph as stand-in for Joe Hart, and has since fallen to Denizlispor in Turkey via poor spells at Sunderland, Watford and Nottingham Forest. 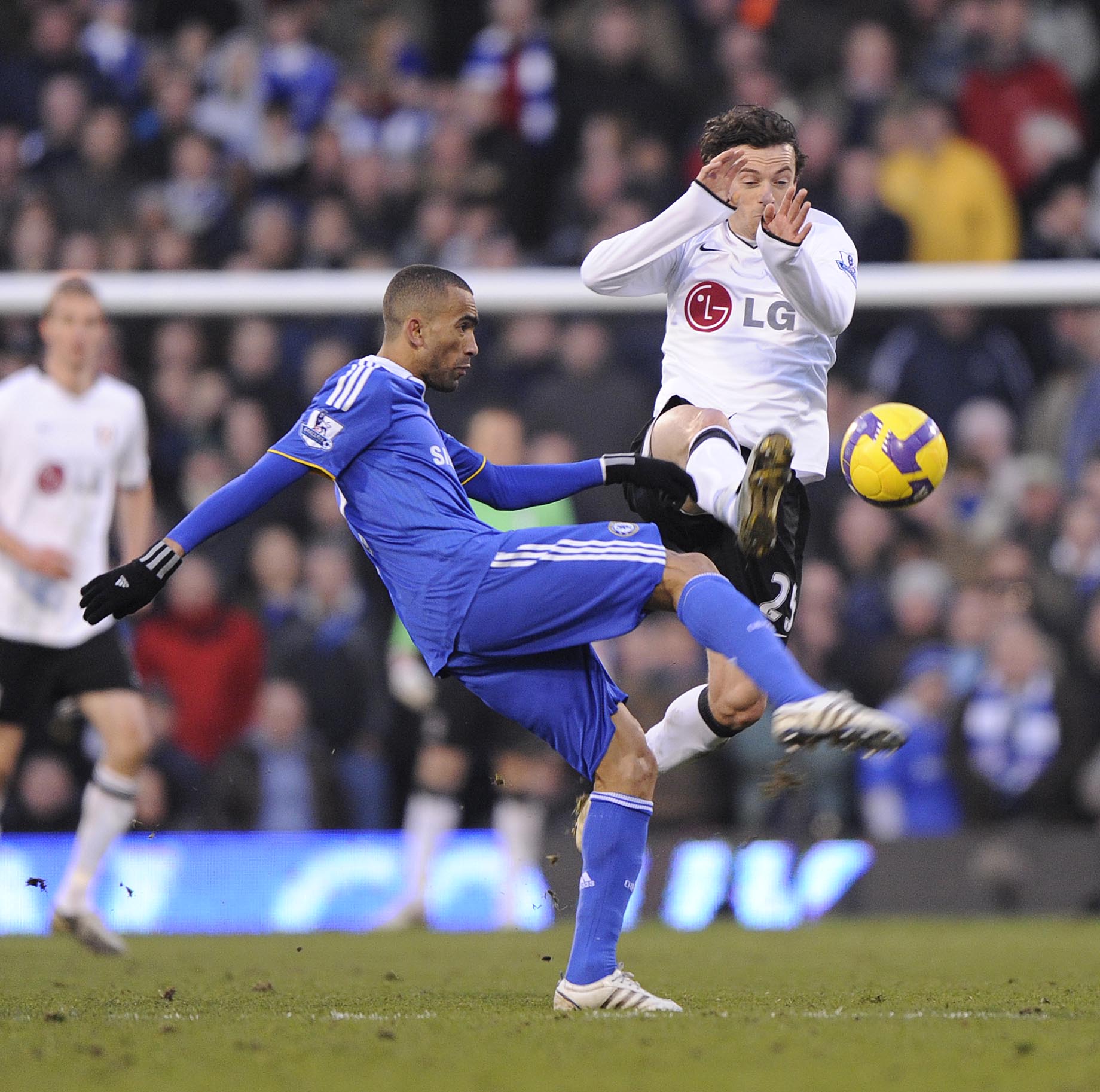 When Chelsea signed Jose Bosingwa from Porto in 2008, Blues fans would have had reason to be optimistic.

After all, they had raided the same club for the likes of Ricardo Carvalho and Paulo Ferreira, with great success.

But the monobrowed right-back was often a calamity at Stamford Bridge… and subsequently even worse at Queens Park Rangers – when he once refused to even take his place on the bench.

Somehow, however, he managed to wrack up 125 appearances in four years at Chelsea – bagging the Premier League, FA Cup and Champions League along the way. 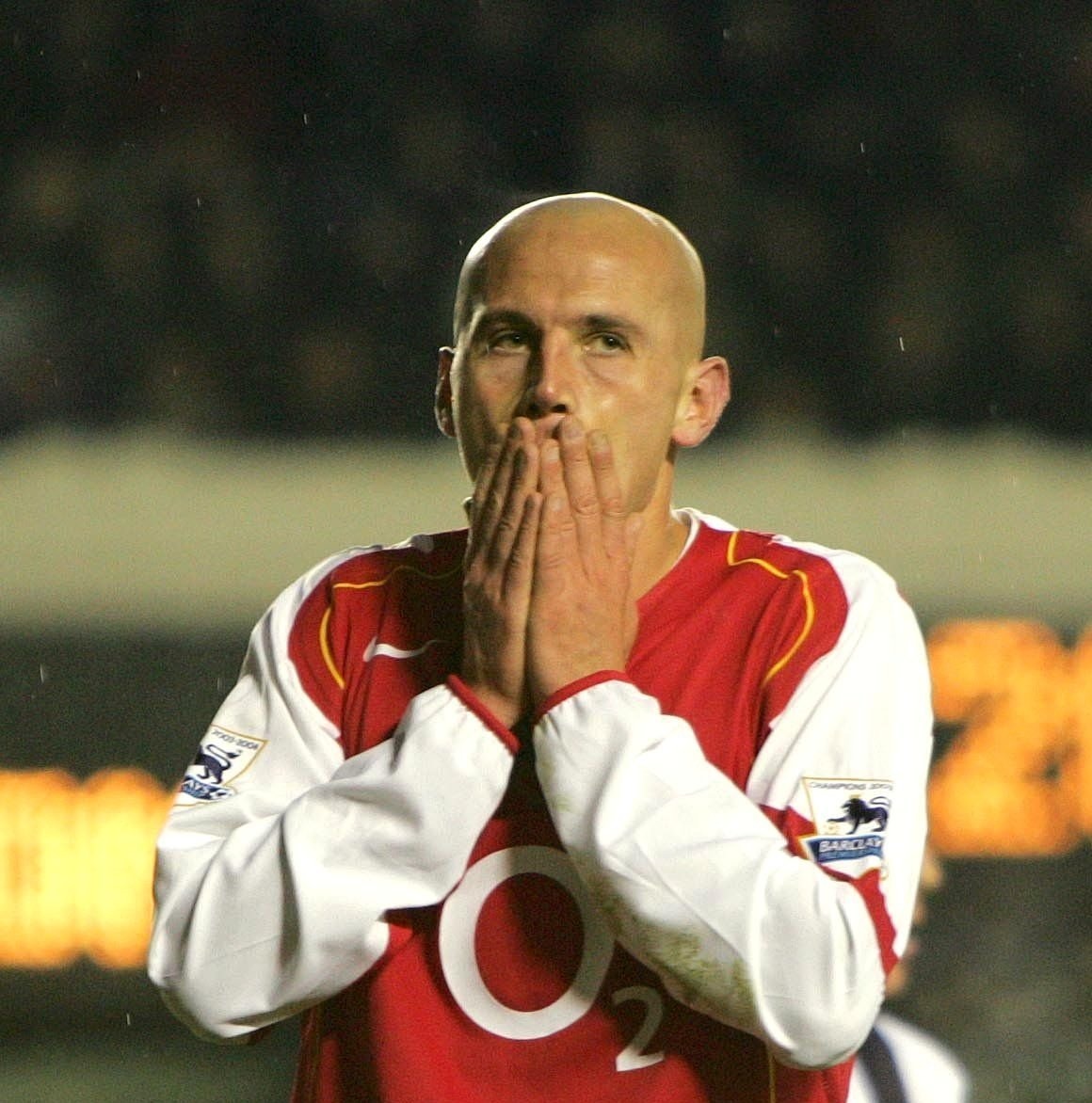 This is not, perhaps, the chant you would expect to be most associated to a member of Arsenal's famous 'Invincibles' side of 2003-04.

But the blundering French centre-half wasn't Arsene Wenger's finest addition from his homeland and often had Gunners fans' hearts in their mouths when he took to the field.

After four years at Highbury he signed for Villarreal, before subsequently joining Spanish lower league side Cartagena to round off his peculiar career. 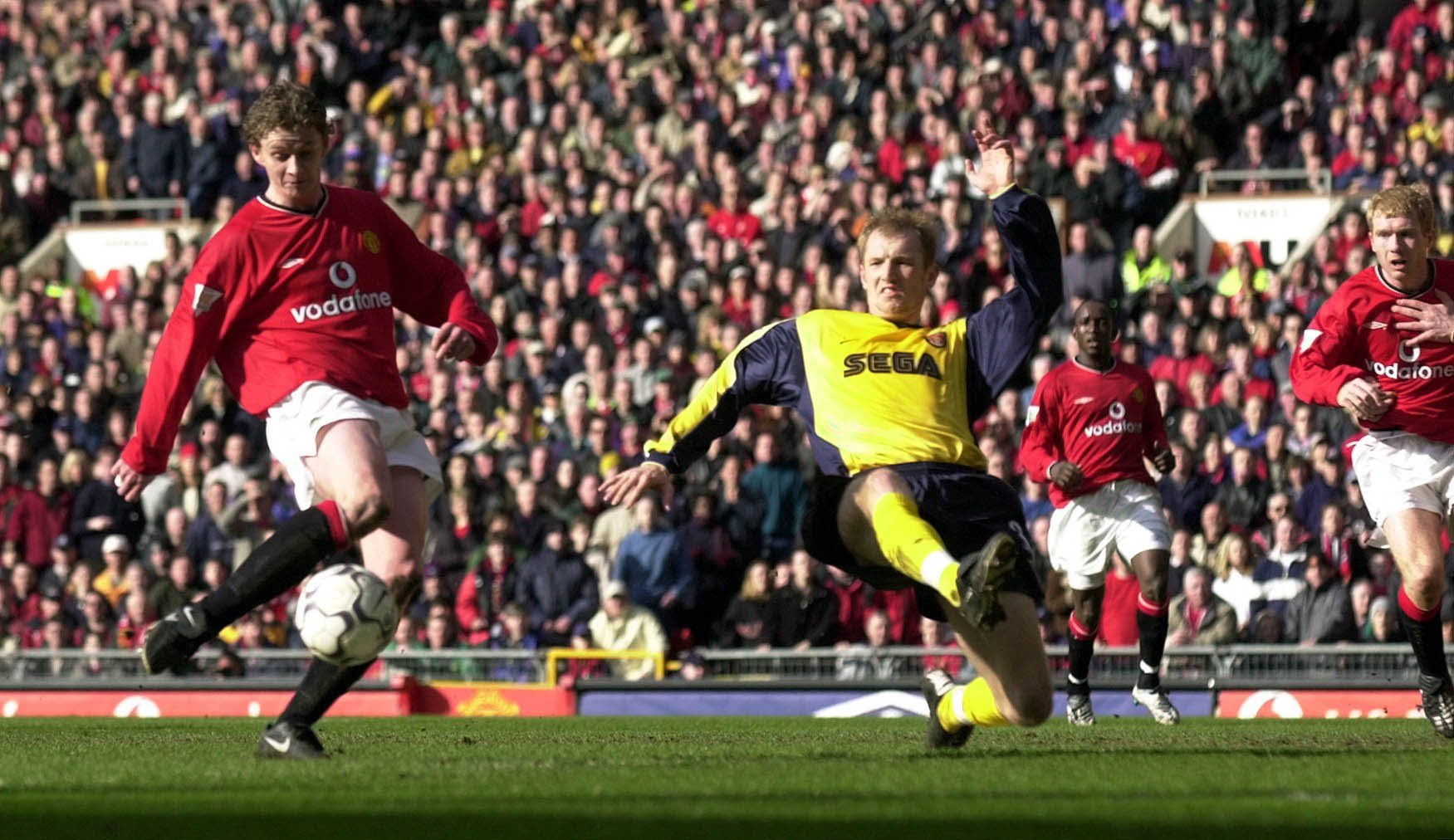 Things were going okay for the burly 6ft 3in centre-back… until it came to a match at Old Trafford.

Stepanovs and Co were trounced 6-1 by Sir Alex Ferguson's men that day, and the defender's time at Arsenal struggled to ever get going again.

He did pick up a title-winners' medal in 2002, however, before embarking on a nomadic career that took him to Switzerland, Denmark and Russia. 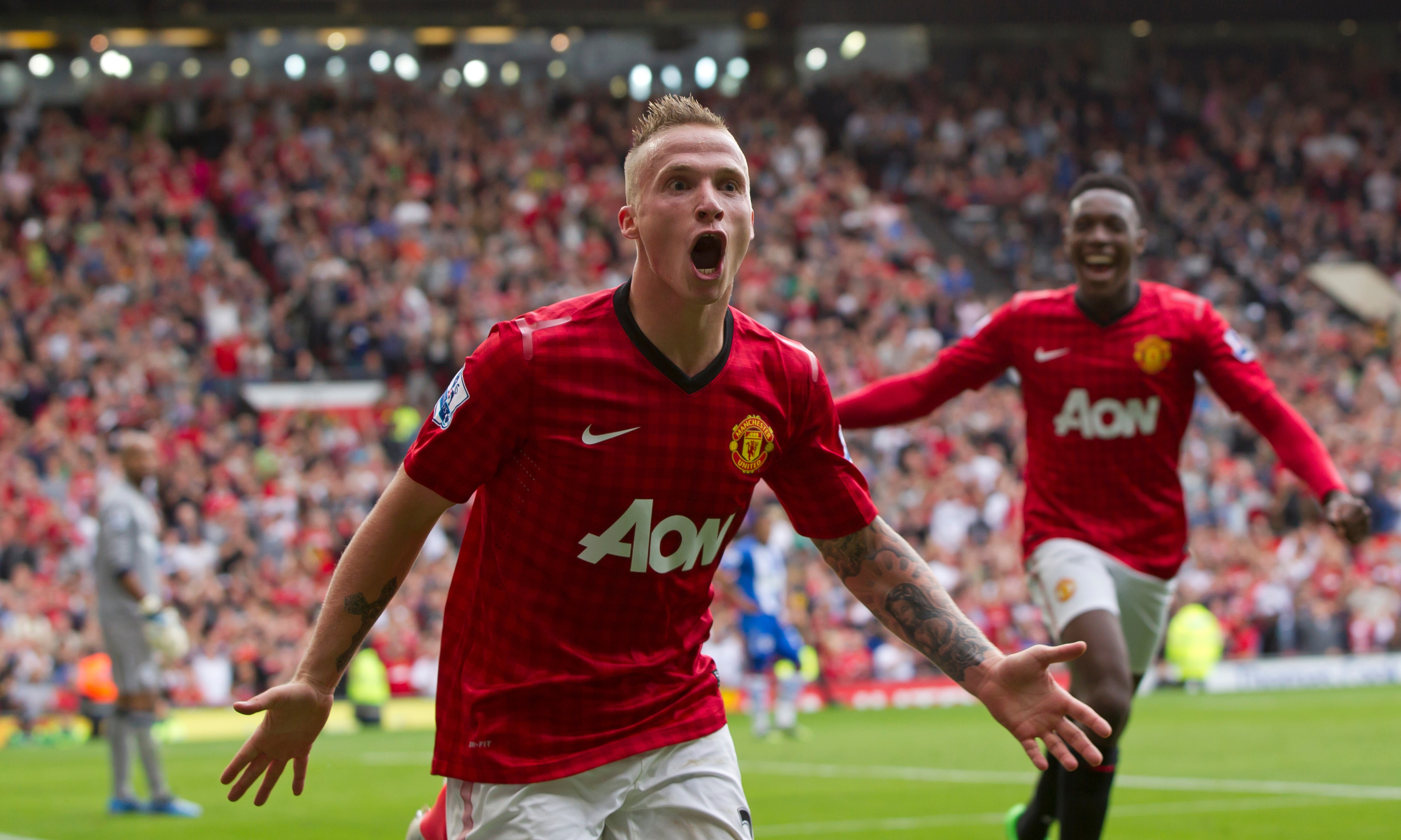 Alexander Buttner was brought into Manchester United in 2012 as a potential long-term replacement for the legendary Patrice Evra at Old Trafford.

Things started well for the Dutchman, as he even managed to score on his debut against Wigan.

Despite picking up a winner's medal in that first season, he was promptly given the boot by Louis van Gaal in 2014 – and a few years later was embarrassingly dropped by Vitesse for being too fat.

At 32, this once bright talent is now playing for RKC Waalwijk, having left his boyhood club Vitesse in 2019. 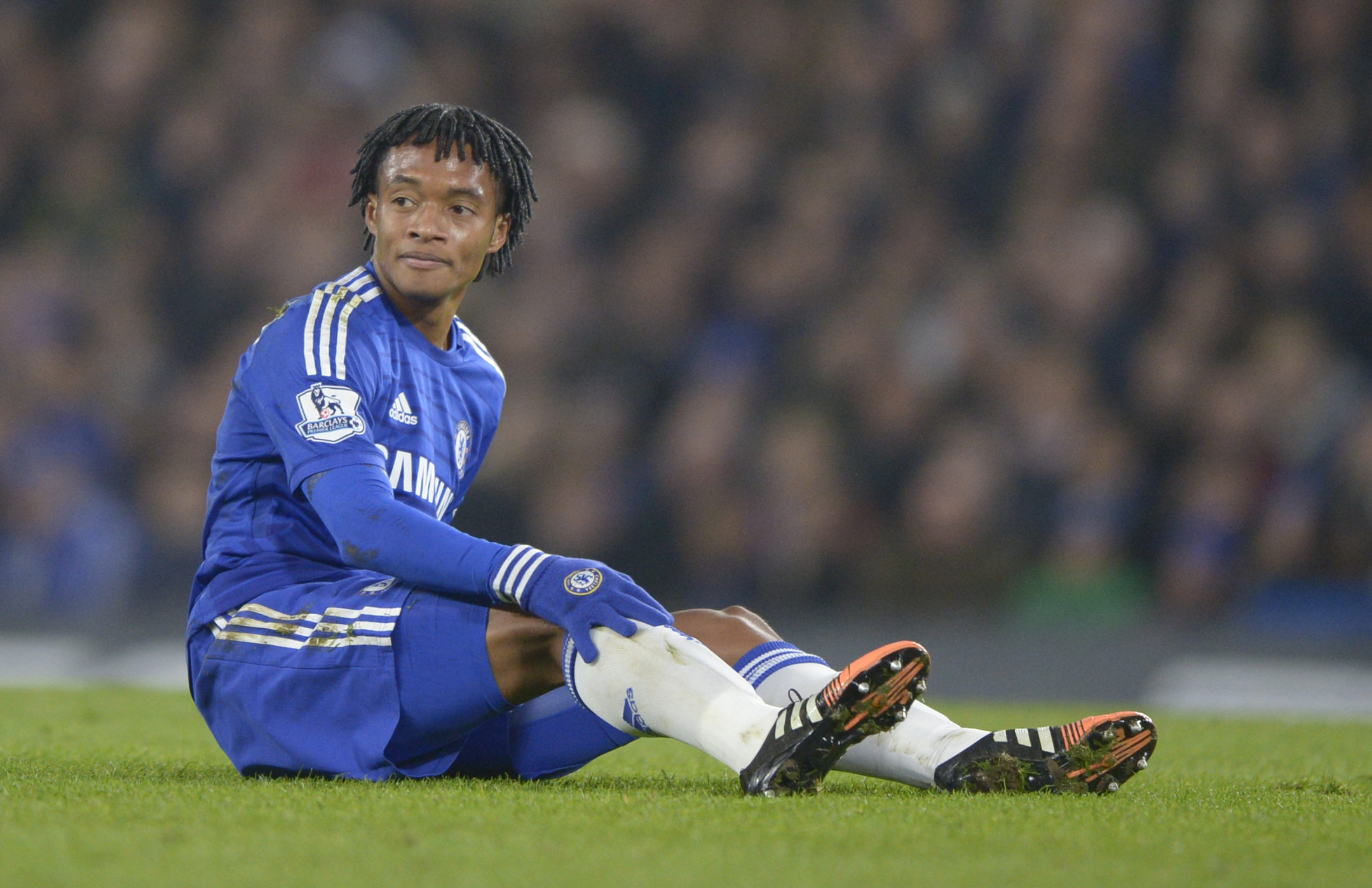 Juan Cuadrado arrived at Chelsea to much fanfare in January 2015 for around £23m from Fiorentina, with the Blues flying high at the top of the Premier League.

What followed was a frankly bizarre spell.

He featured 13 times as the Blues won their fourth Prem title, but seemed paralysed by fear, rarely doing anything other than simply passing back to his full-back, or giving the ball away.

The Colombian was hooked at half-time on just his third start for the club against Crystal Palace and was promptly sent packing for Juventus that summer, never to be seen in the blue of Chelsea in a competitive game again. 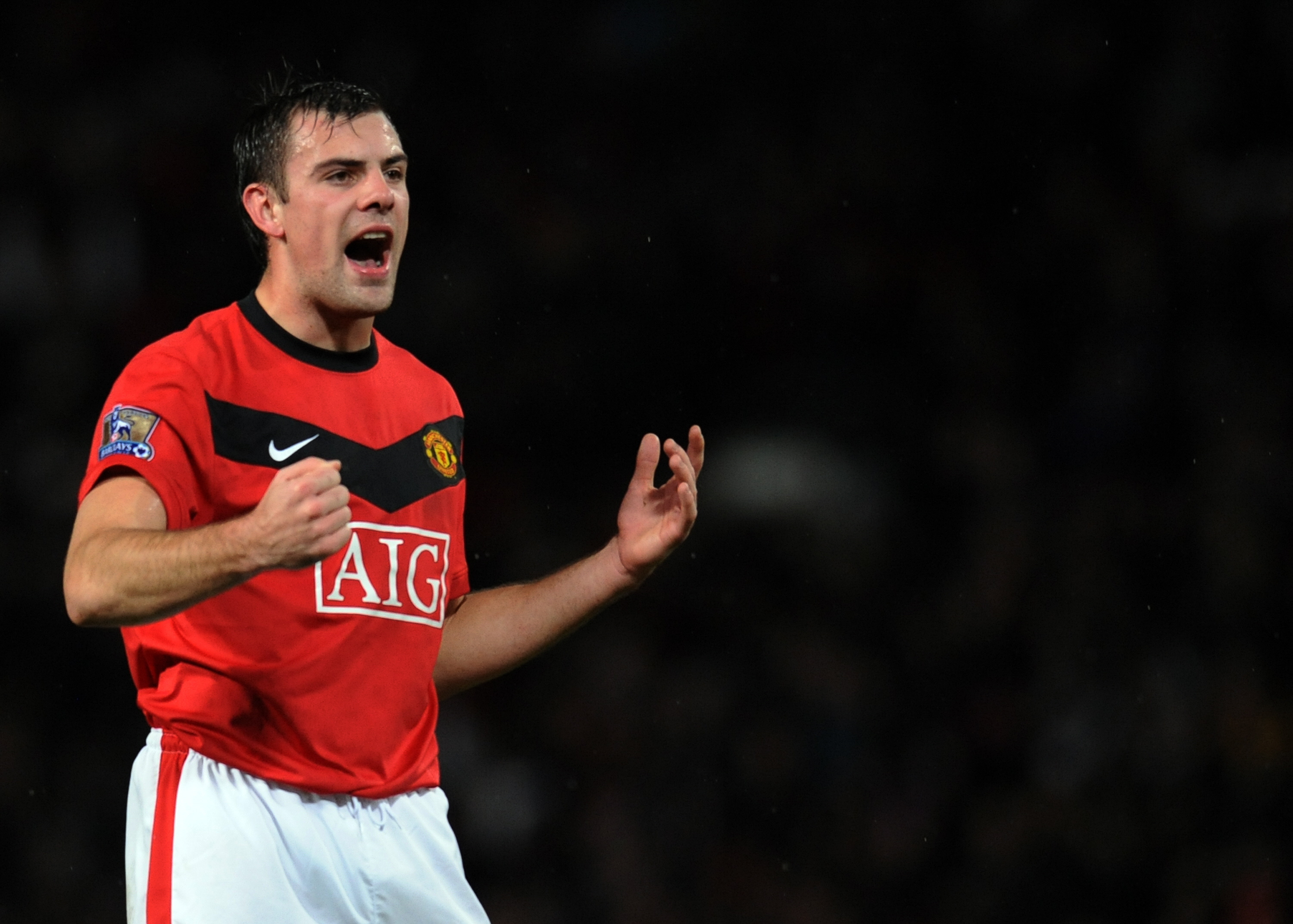 Irishman Darron Gibson was once a heralded young talent at Man Utd, winning the Premier League in 2011 and drawing comparisons with Paul Scholes no less.

Sir Alex Ferguson once said of him, after he'd scored his sixth goal of that season: "It is the kind of contribution we used to get from Paul Scholes.

"He used to get me 12 to 14 goals from midfield all the time and we haven't had a player like that in a while."

Gibson, now 33, has since struggled, however, enduring disappointing spells at Everton, Sunderland, Wigan and most recently Salford City. 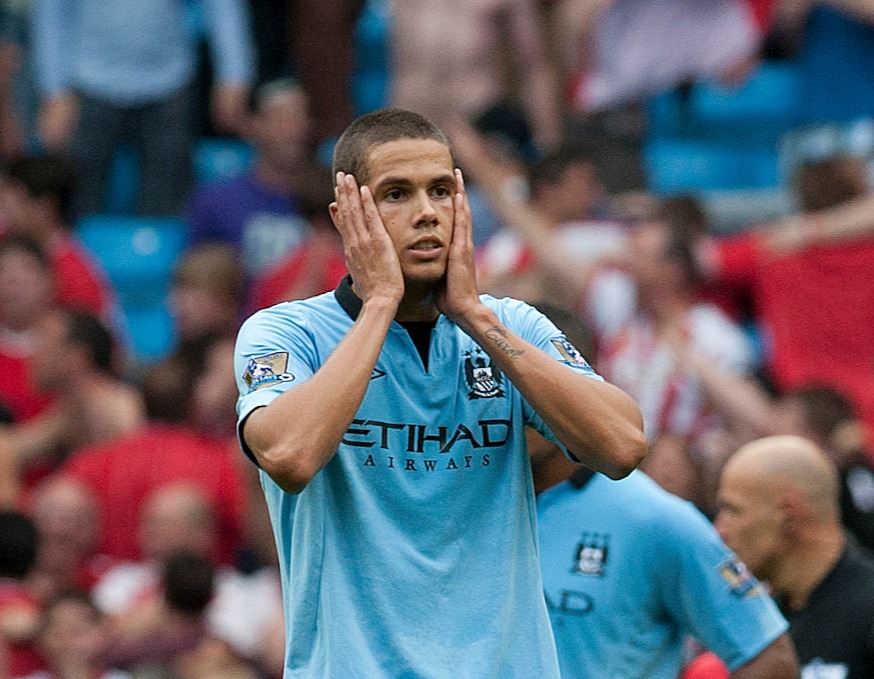 Supposedly England's next great midfielder when he burst onto the scene with Everton, Rodwell earned a big-money £15m move to Man City in 2012 when he was just 21-years-old.

The three-cap international struggled for form at the Etihad and following their 2014 title win signed a four-year contract with Sunderland.

This deal proved infamous, however, with the Black Cats failing to win any of Rodwell's first 39 games at the club… and still having to pay him a reported £70k-a-week in the Championship.

Eyebrows were recently raised when he made his Premier League comeback, being withdrawn from the bench by then-Sheffield United boss Chris Wilder.

He is now a free agent. 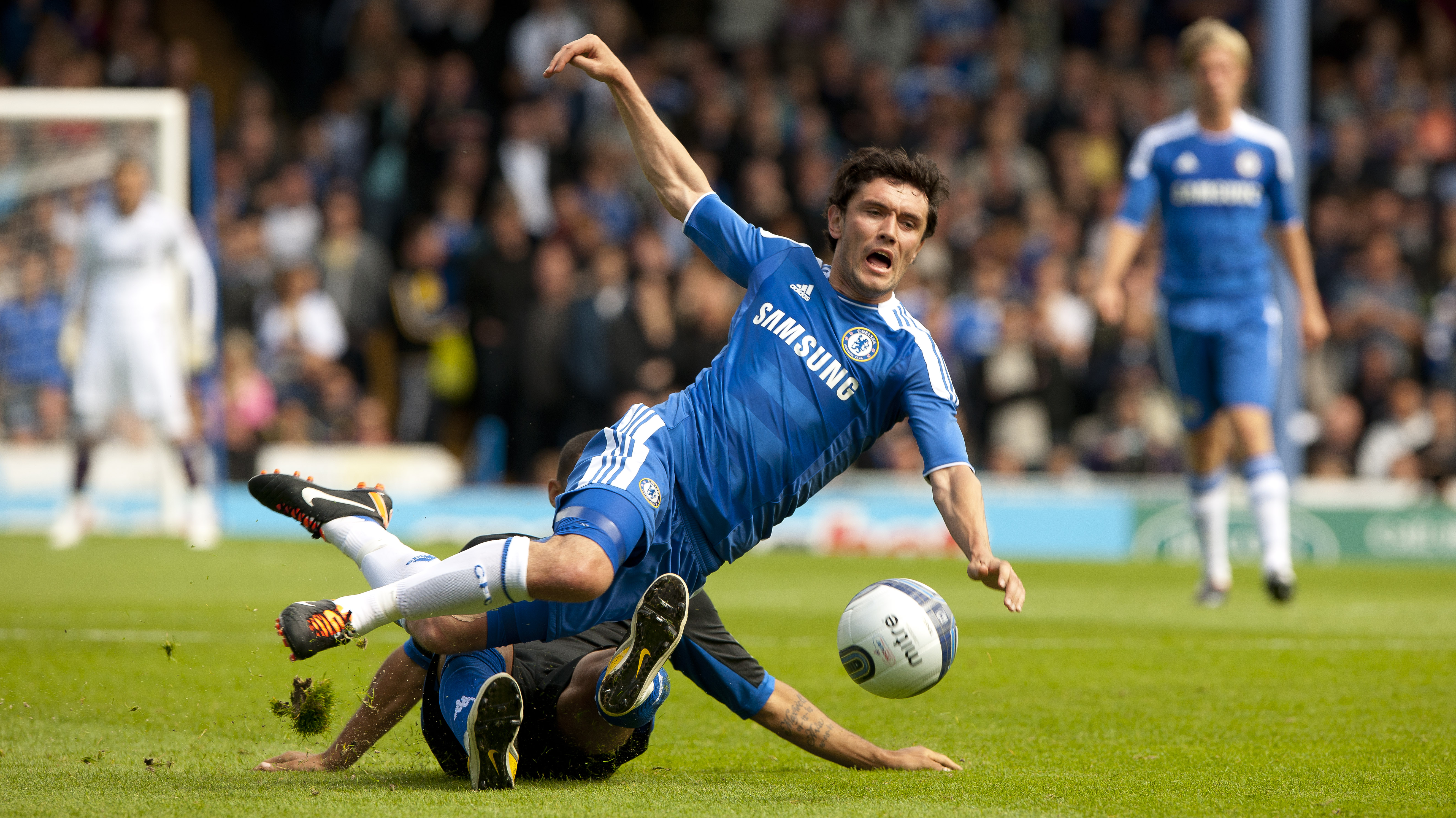 The Russian was signed by Chelsea to much excitement for £18m in 2009, as a player that could excel either at left-back or left-midfield.

But with Ashley Cole and Florent Malouda blocking his path, and a succession of knee injuries, Zhirkov just never got going at Stamford Bridge.

His forgettable spell in West London came to an end in 2011, when he was sold by Andre Villas-Boas to Anzhi Makhachkala.

Remarkably, at 38, he still represents the Russian national team – with 105 caps to his name – and played his domestic football for Zenit St Petersburg until the end of last season when he was released.

Currently without a club. 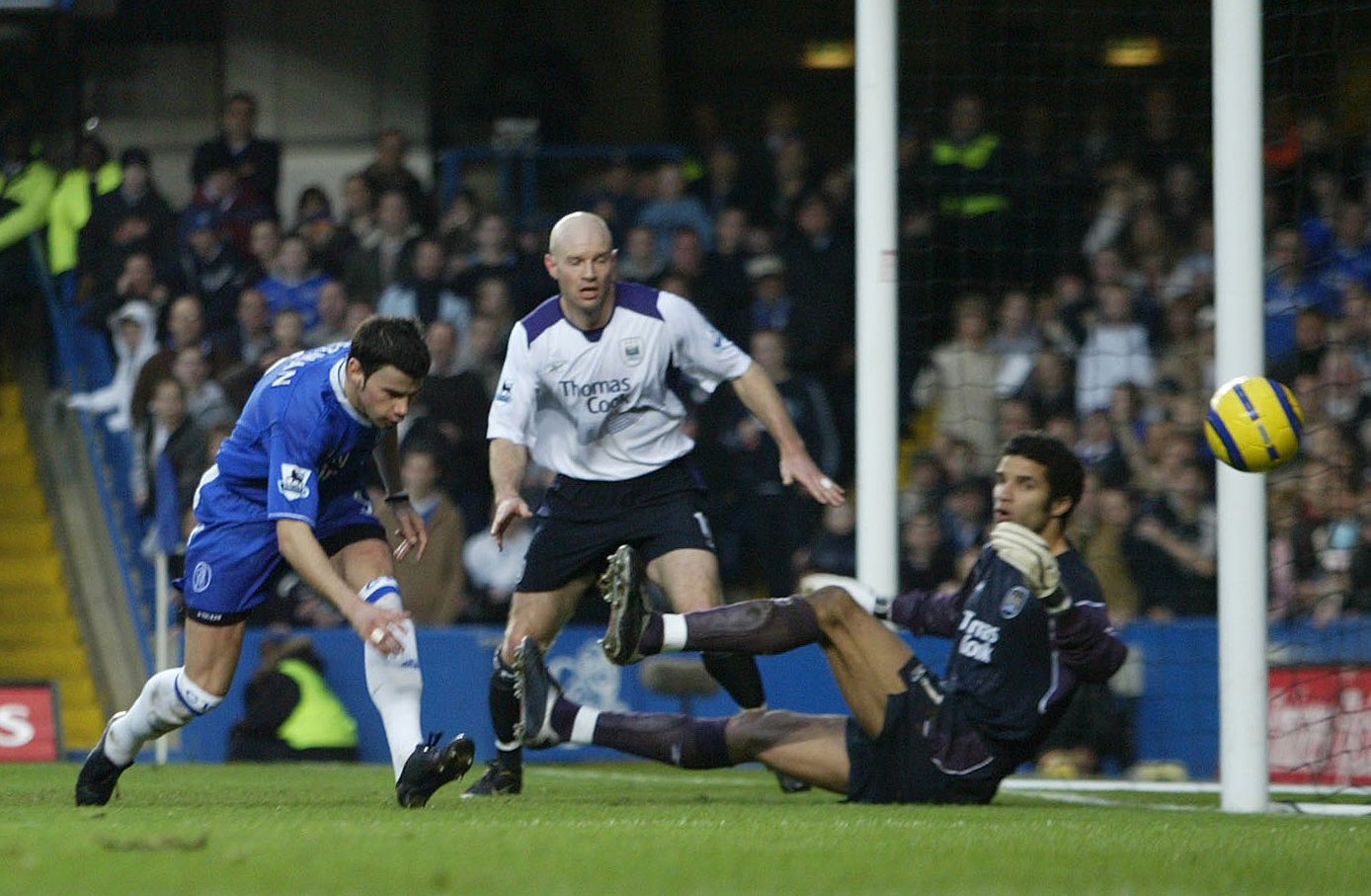 Serbian Mateja Kezman arrived at Stamford Bridge as part of the Jose Mourinho revolution in 2004, being handed the No9 shirt vacated by Jimmy-Floyd Hasselbaink following his move from PSV Eindhoven.

The striker, sporting gelled hair and a goatee, had banged in an astonishing 105 goals in 122 games in the Eredivisie – but appeared to endure a crisis of confidence in front of goal at Stamford Bridge.

The once-great poacher didn't manage any from open play in the Premier League until March, when his team-mates had virtually sewn up the league title already – conceding only 15 goals all season in the process.

After just seven strikes in 41 games in all competitions, Kezman was shipped off to Atletico Madrid, never to be seen again on these shores. 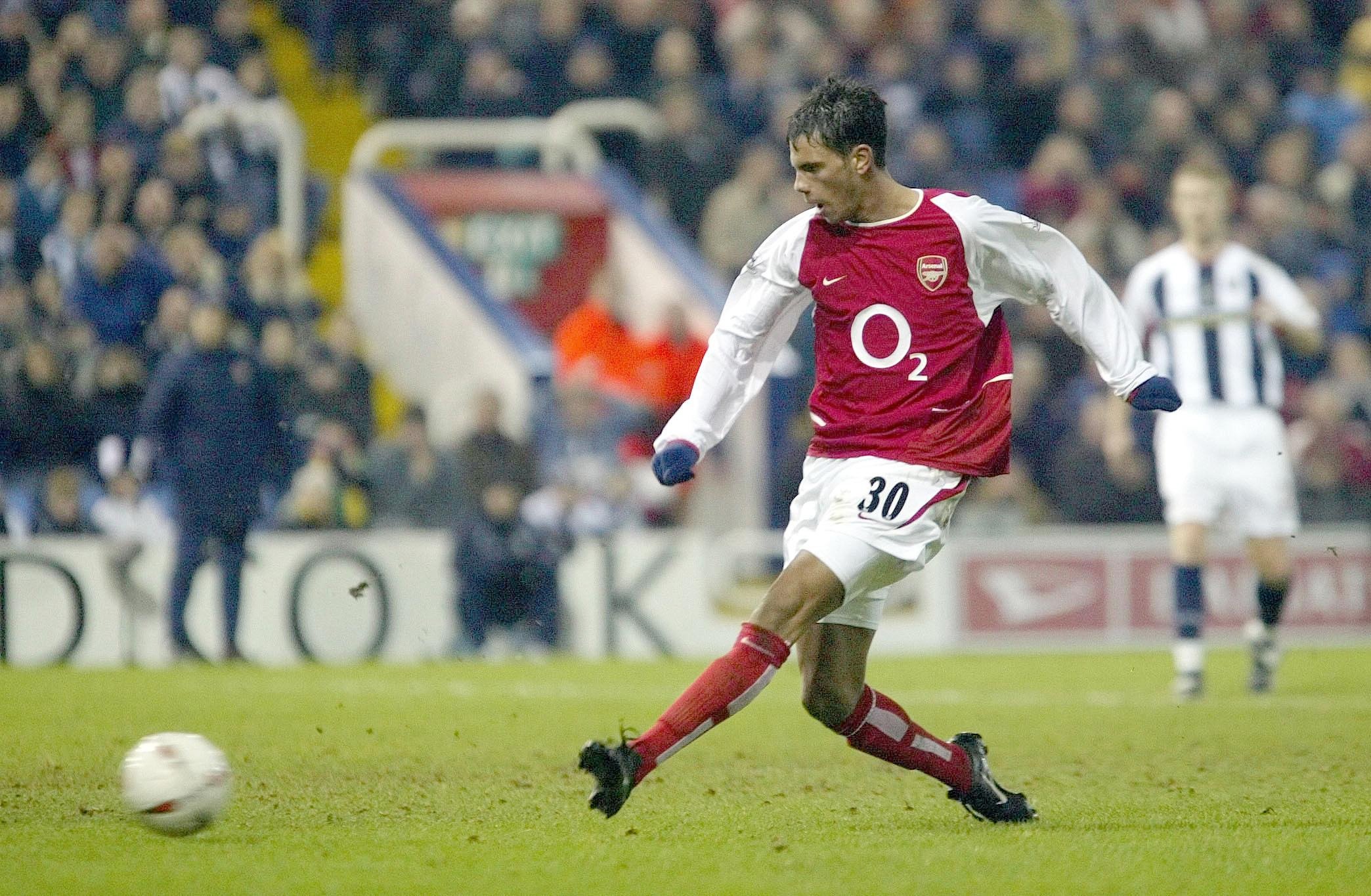 The shy, reserved Frenchman admitted to football.london that he was 'scared' and didn't 'feel ready' for life as a first-team star at Highbury.

Arsene Wenger showed belief in him, however, picking him ten times as the Gunners swept aside all competition in the league that season.

He remained in North London until 2007, before departing for spells at Middlesbrough, Lorient and Umm Salal in Qatar.