The Bucks defeated the Phoenix Suns in the N.B.A. finals in six games for their first title in 50 years. It’s the first championship for Giannis Antetokounmpo. 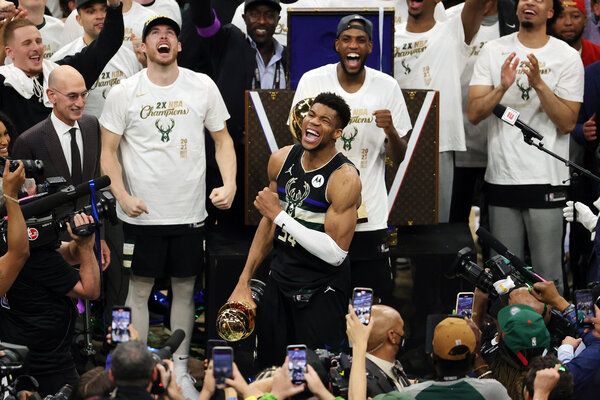 MILWAUKEE — A half century ago, Kareem Abdul-Jabbar — a young goliath then known as Lew Alcindor — led the Milwaukee Bucks to their first championship. For decades, it was the only time the franchise had reached that height.