Fifa’s latest 'Global Transfer Report' for 2021 revealed the continuing impact of the pandemic saw the value of international deals plummet a further 13.6 per cent to £3.54billion. 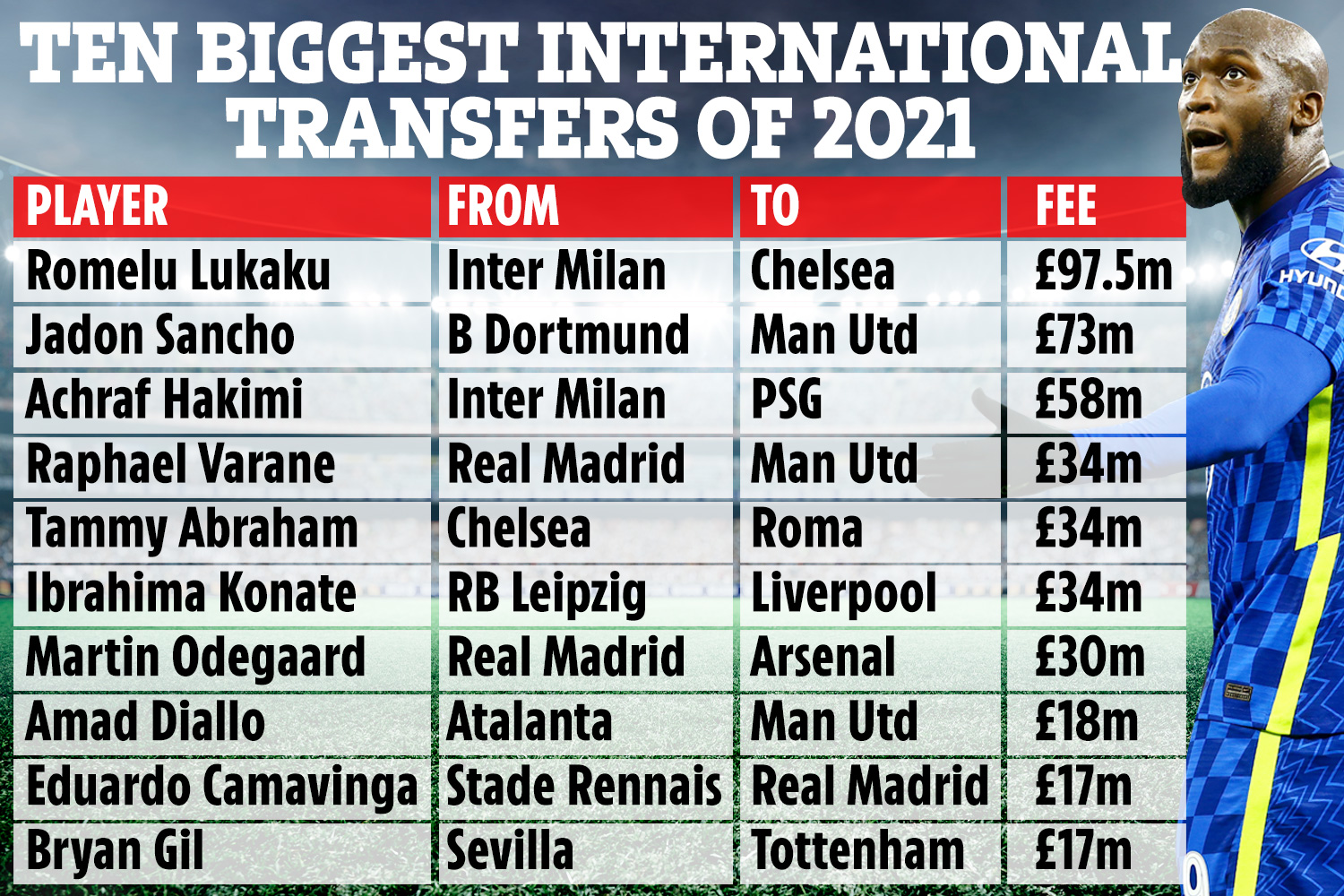 That was a staggering 33.8 per cent down on the amount spent in the last pre-pandemic year of 2019.

But despite the cash crisis which affected the entire game, including the UK, Prem clubs were still involved at the top end of the market.

And seven of the 10 biggest international deals last year saw Prem clubs buying the players, with one involving a sale.

Top of the list, unsurprisingly, was Chelsea’s £97million capture of Romelu Lukaku from Inter Milan, with Jadon Sancho’s £73m move to Manchester United.

Another United transfer – the £34m signing of Raphael Varane from Real Madrid – was fourth on the list with the initial £18m fee for Amad Diallo ranking eighth.

Of the other deals involving English clubs, Tammy Abraham’s move from Chelsea to Roma was fifth.

Blackburn vs Middlesbrough stopped due to 'medical incident' in crowd

That helped Prem and Championship clubs spend a fraction over £1bn on players from overseas.

That's more than any other country and 28.5 per cent of the total global outlay.

British players accounted for £209m of the total international transfer spend, with French players racking up the largest amount – £469m.