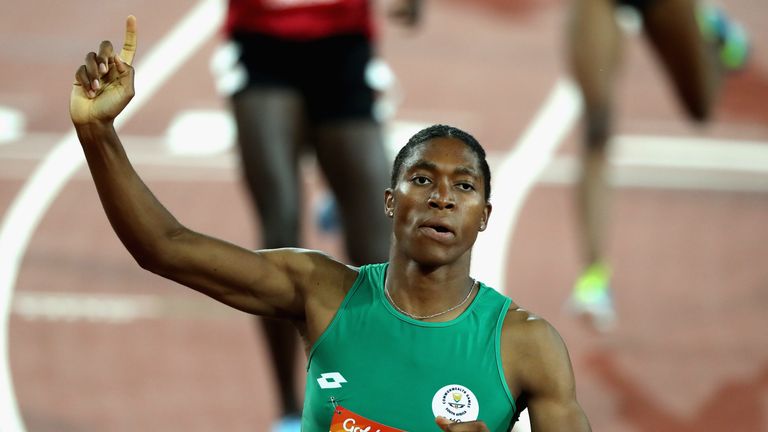 The IAAF’s request to immediately reimpose eligibility regulations on Caster Semenya has been rejected by the Swiss Supreme Court.

The Swiss Supreme Court upheld its previous order made on June 4 when it suspended IAAF regulations against her, a ruling which enabled the sprinter to compete without lowering her testosterone levels without medication in any race in the female 800m category.

The IAAF responded, declaring that they would “seek reversion of superprovisional order” over Differences of Sexual Development regulations in future.

Having now received submissions from the IAAF, the court have issued another ruling on the continued suspensions of the athletics governing body’s regulations.

The court has determined the IAAF’s request failed to set out any reason or change in circumstance that would justify a reconsideration of the prior order; this means Semenya remains permitted to compete without restriction in the female category.

Prior to the Supreme Court’s decision, the South African athlete revealed she has told the International Association of Athletics Federations (IAAF) to focus on doping in sport and not the testosterone levels of female athletes.

New proposed IAAF rules for women with high testosterone levels, like Semenya, means they must take medication in order to compete in events run between 400m and a mile.

The double 800m Olympic winner said: “No woman should be subjected to these rules. I thought hard about not running the 800m in solidarity unless all women can run free. But I will run now to show the IAAF that they cannot drug us.

“I am a woman, but the IAAF has again tried to stop me from running the way I was born.

“The IAAF questions my sex, causes me great pain and required me to take hormonal drugs that made me feel constantly sick and unable to focus for many years.

“No other woman should be forced to go through this in order to have the same right that all women have – to do what we love and run the way we were born.”