Lingard, 28, came off the bench in the 89th minute and assisted Cristiano Ronaldo's 95th minute winner, sparing his manager's blushes after a run of poor results. 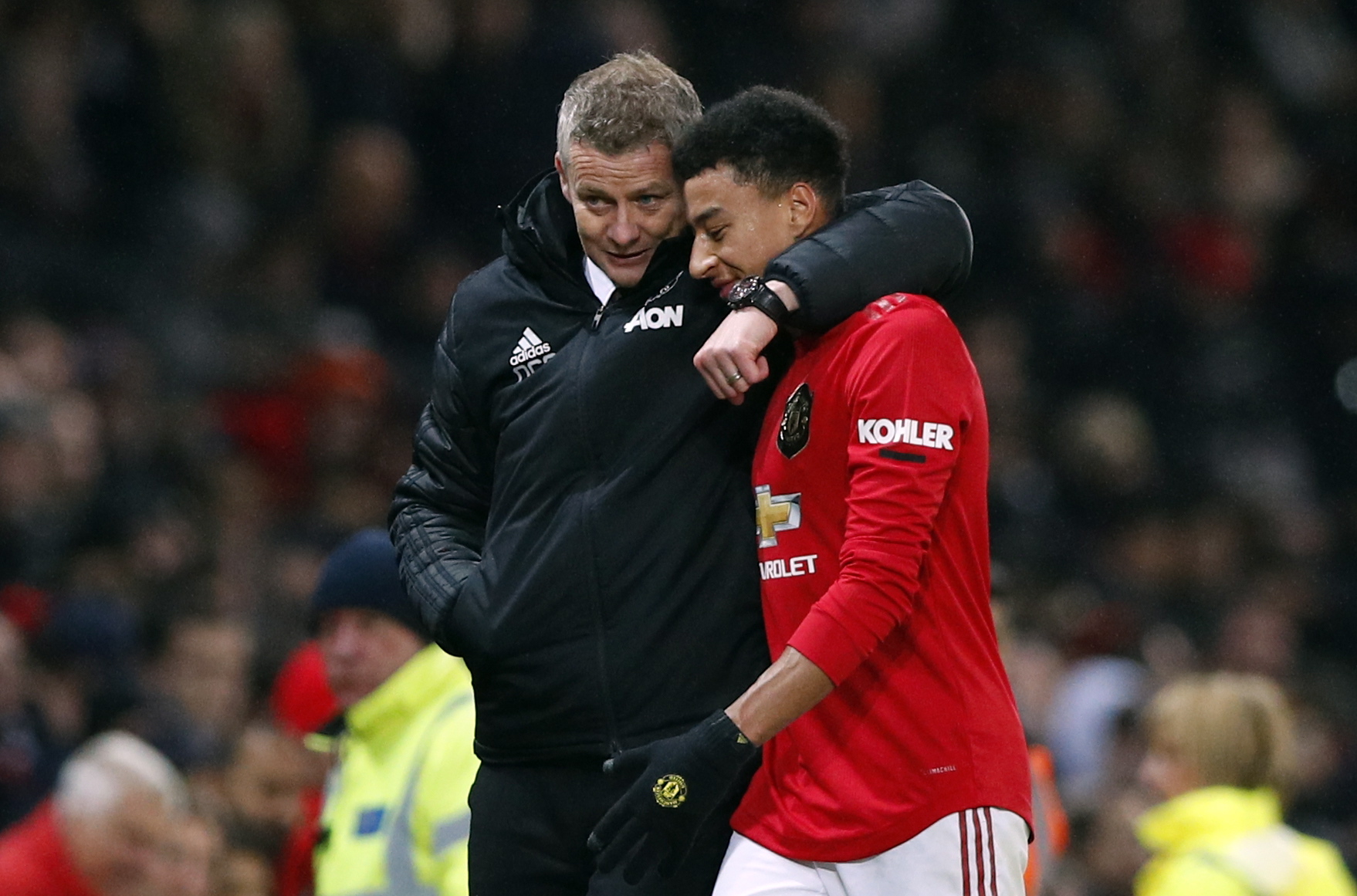 Fans may have thought the Red Devils were doomed to a third consecutive 1-0 defeat when Paco Alcacer gave Villarreal the lead in the 53rd minute.

But the late heroics of Lingard and Ronaldo managed to secure a much-needed Champions League win for Solskjaer, after they were stunned by Young Boys in a shock 2-1 defeat a fortnight ago.

The Old Trafford club were second best for large periods of the game and Villarreal will feel hard done by not to come away with anything after a good performance away from home.

Solskjaer has come under criticism for his substitutions in the past, but Lingard, who has come off the bench for Man Utd five times already this season, repaid his manager's trust with a vital assist.

Speaking post-match Solskjaer said: "Jesse is unhappy at not playing more, but you come on and make an impact. That’s what you do when you’re a sub at this level.

"That is what happens at Old Trafford. It has happened so many times before. We had to throw caution to the wind and we got lucky in the end."

Solskjaer himself regularly came off the bench for Man Utd to make an impact during his playing career, most notably in the Champions League final in 1999 when he scored a dramatic stoppage time winner.

Lingard was struggling to get into Solskjaer's plans at all before a hugely successful loan-spell with West Ham last season convinced the Man Utd boss to hold on to the attacker.

He scored nine goals in 16 games for the Hammers and even earned himself a recall to the England squad, with many expecting Lingard to make the switch to East London permanent in the summer.

But Lingard rejected the move and is determined to force his way into Solskjaer's plans, having been at Man Utd for over 20 years.

After scoring two goals in his three Prem appearances so far this season, Lingard will surely be expecting more first team opportunities come his way sooner rather than later.

If Solskjaer doesn't give Lingard more game time, the 28-year-old could look for a move elsewhere as he looks to cement his place in the England squad ahead of next year's World Cup.

Last night's tie was a rematch of last season's Europa League final which ended in heartbreak for Man Utd as they lost 11-10 in an incredible penalty shootout following a 1-1 draw.

He has an impact on everyone

"It is a difficult one because we are at home, we want to win. But if we don’t go and press them they will be happy enough sitting off."

The Norweigan also recognised the contribution made by new signing Cristiano Ronaldo, who has made a phenomenal impact on his return to Old Trafford.

He said: "Sometimes it is not about ‘pass there, pass there’, it is the crowd – and they have sucked it in before – and when you have Cristiano on the pitch you always have a chance.

"He is so good in front of goal and he has an impact on everyone."

Ronaldo, 36, has scored five goals in his five games since returning to Manchester after 12 years away and has already had a tremendous effect on his team-mates.

Solskjaer added: "It is massive for the players, to win a game in this fashion after we lost a game in Berne [vs Young Boys] in that fashion.

"Every game is hard at this level. You see results you don’t see very often, like yesterday. The margins are so small."

Man Utd come up against Atalanta at home next in the Champions League in what will be a tricky tie for the Red Devils, with Italian side currently top of Group F on four points.

Solskjaer's side return to Old Trafford on Saturday to take on high-flying Everton, with both sides currently level on points in the Premier League in fourth and fifth respectively.