THIS is the shocking moment a spray of fireworks rains down on an Irish Premier League match.

Players from Waterford FC and Shamrock Rovers were forced to flee as the spray of sparks – thought to have been let off by idiot yobs – rain down on the match 15 minutes in. 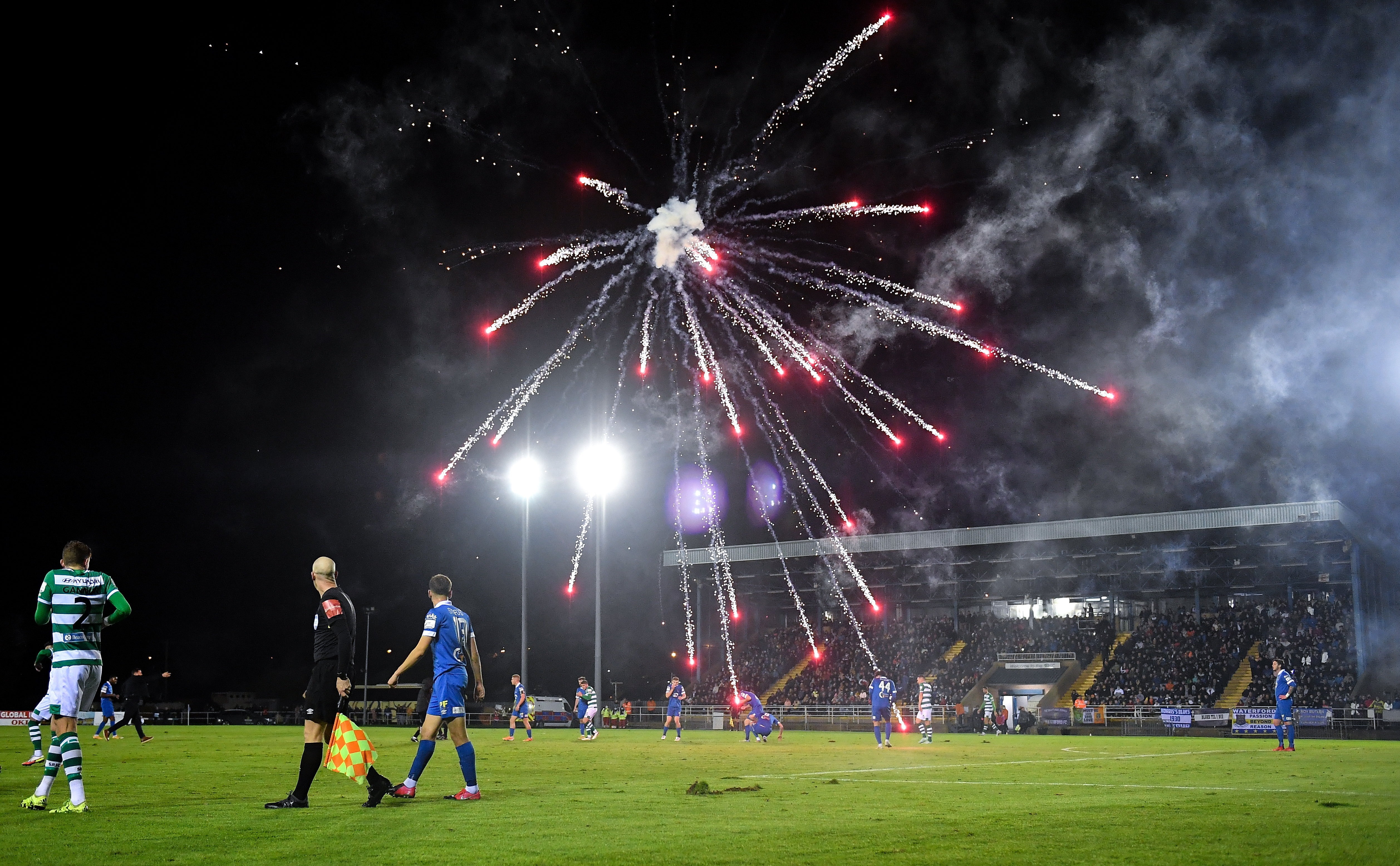 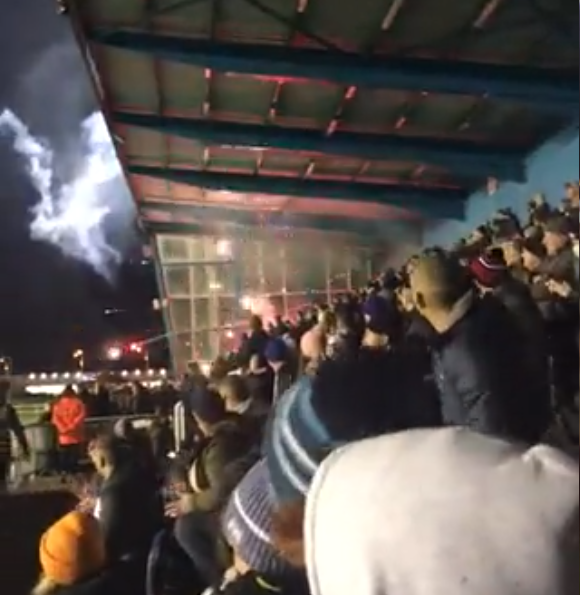 The fireworks came from the away end of the RFC Waterford stadium in Ireland.

In shocking footage of the incident, Waterford midfielder Anthony Wordsworth appears to be struck by one of the flying explosives.

The 32-year-old can be seen clutching his face before sinking to his knees and doubling over apparently in pain.

As other players flock to his aide, another barrage of fireworks is let off and Wordsworth is struck again.

Other players and coaches grapple to cover their heads and faces from onslaught of pyrotechnics.

In shocking footage of the scenes a commentator can be heard saying: "This is what we just don't need. This is bad, bad, bad."

Fans reacted with fury on social media too, with one branding it an "appalling incident".

Another wrote: "Hope they get a slap, no place for that."

Referee Rob Hennessy was forced to halt the chaotic match for eight minutes.

Police are thought to have ejected a number of fans responsible for the dangerous firework stunt.

A tannoy announcement warned the crowds: "The referee has stated that if there is any more anti-social behaviour, the game will be abandoned."

Shamrock went on to defeat Waterford 3-1, moving them 15 points clear at the top of the League of Ireland Premier Division.

And it wasn't the first incident of its nature yesterday, as fireworks were also blasted at players from the non-league Essex-based team Hashtag United.

The pyrotechnics were let off from a nearby house, striking one of the players. 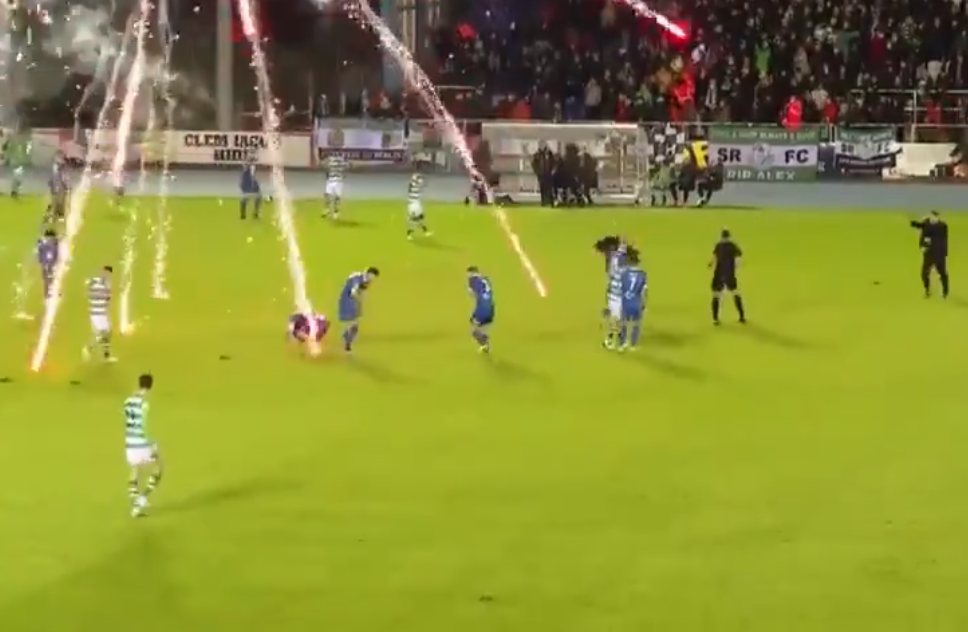 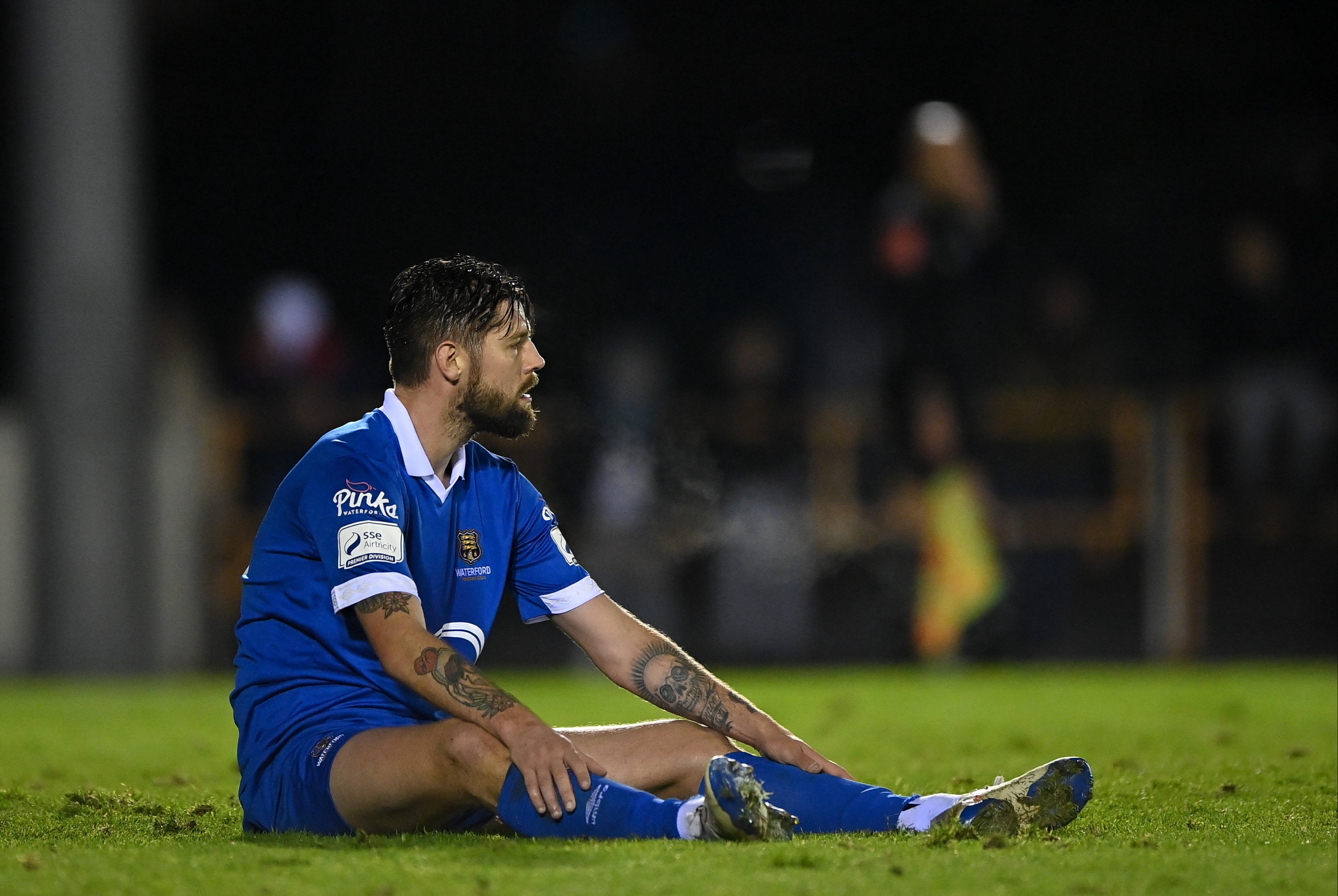