THIS is the moment heavy-handed Qatari officials interrupt a live TV broadcast and tell a journalist to turn off the cameras.

It is the latest incident of bullish policing at the World Cup as overzealous security officials come under scrutiny for hassling reporters and seizing rainbow flags from fans. 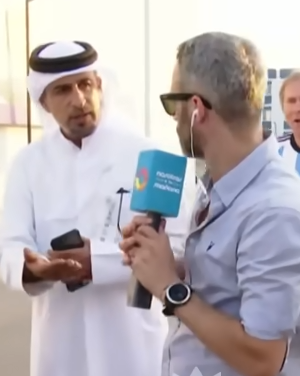 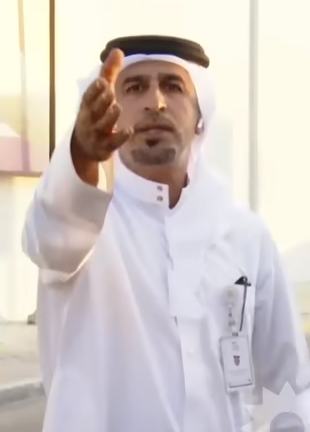 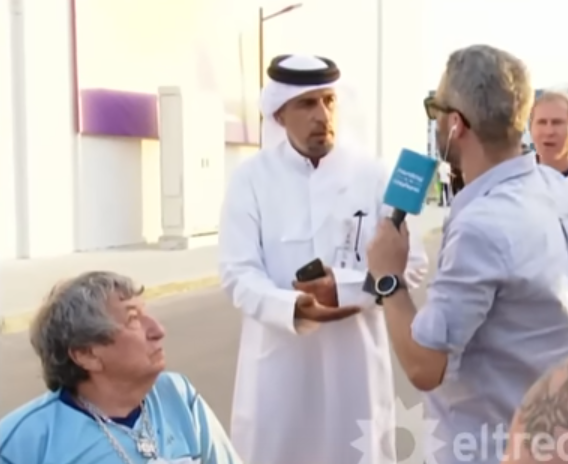 Alvarez was interviewing a woman in a wheelchair when the Qatari official interrupted with security guards in tow.

Colleagues from the studio back in Buenos Aires said: “This is what the Qatar government is like."

The shock incident took place during a live report for a popular show on Argentina’s El Trece channel called Nosotros a la Mañana. 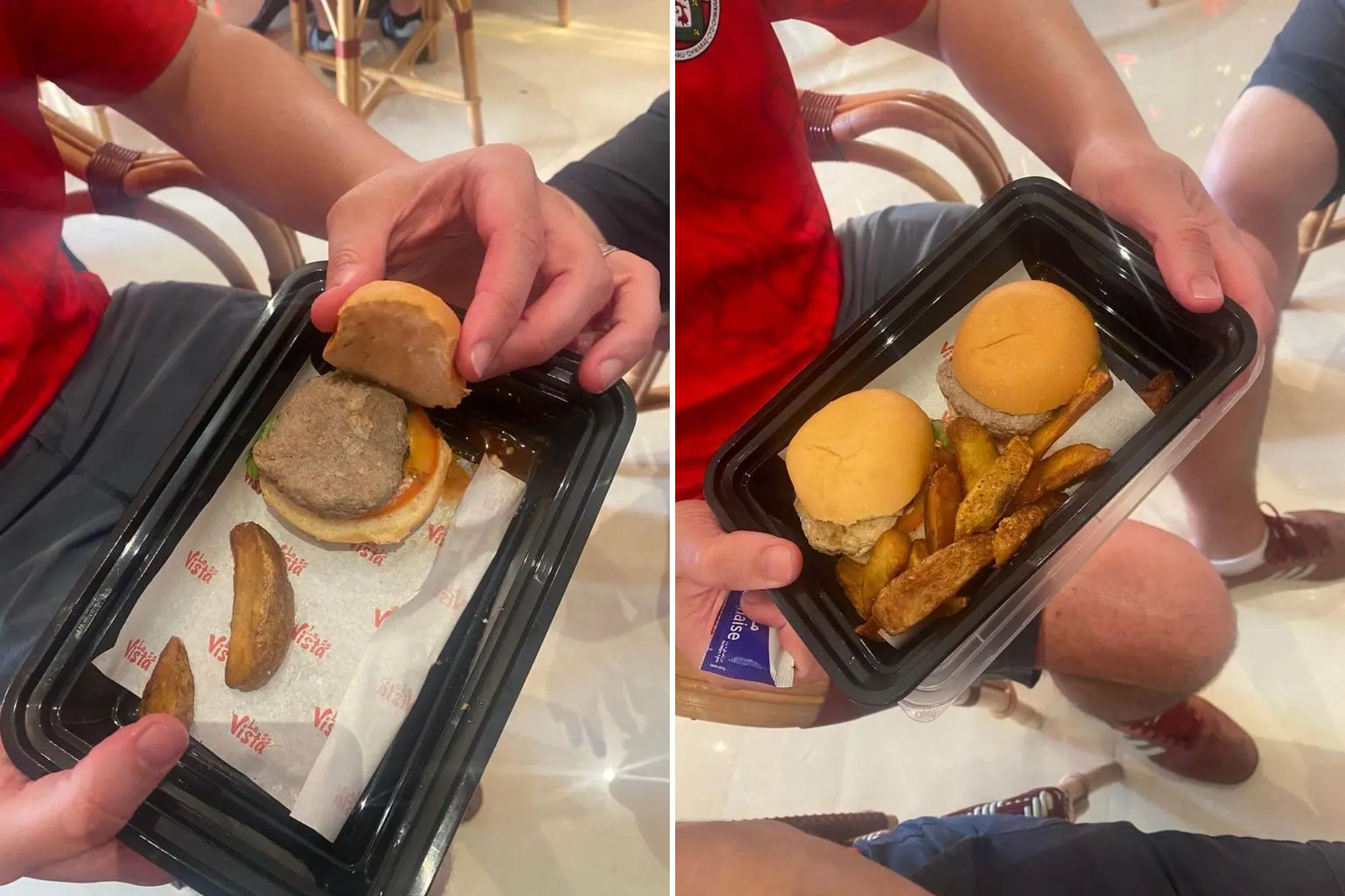 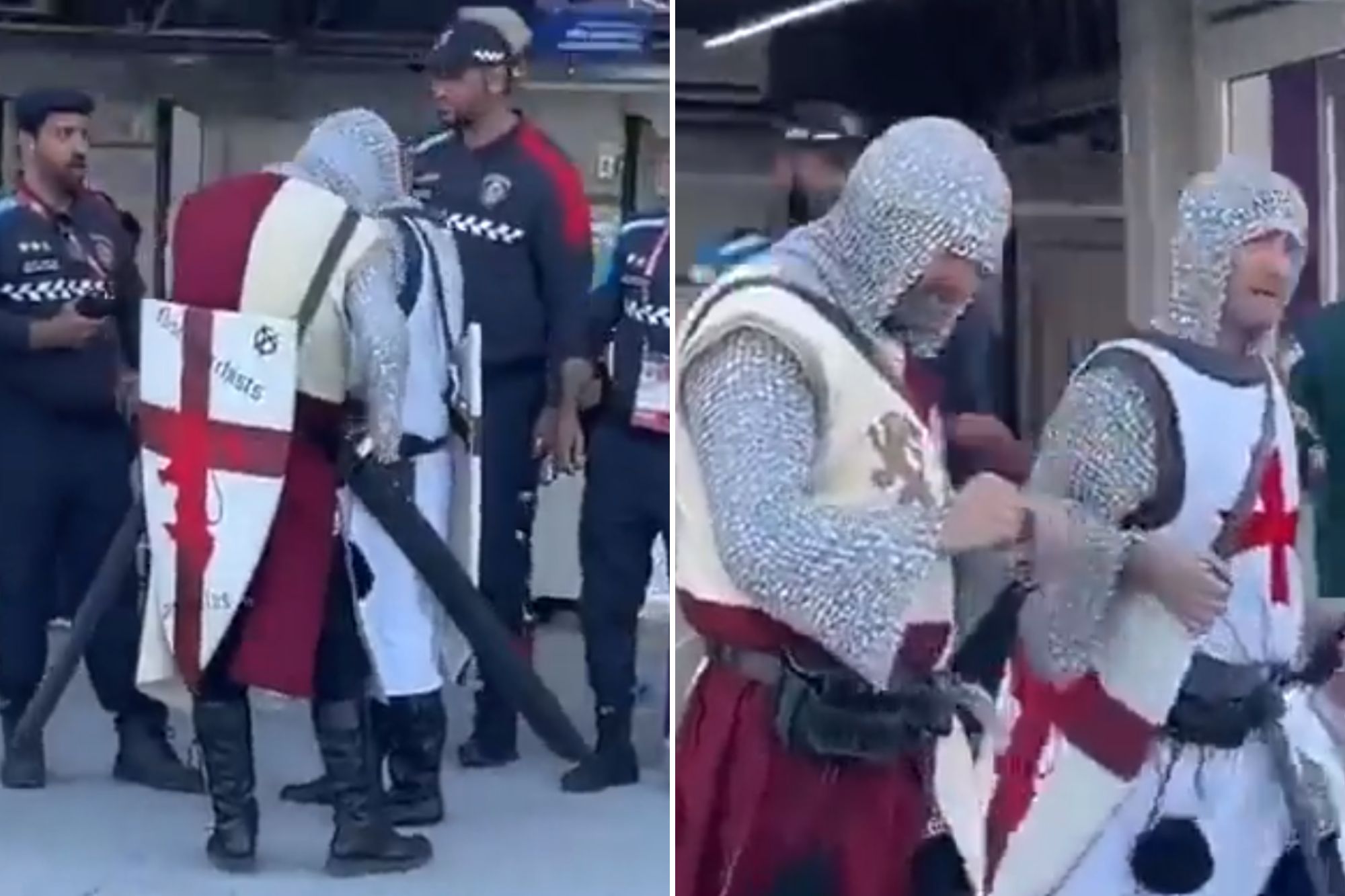 It occuredafter a Danish film crew were threatened by security staff on air as they broadcast in the capital Doha ahead of the World Cup.

Alvarez, who normally hosts the programme, was joking with Argentine fans about their favourite TV channel and the show they like the best when he was interrupted by the man.

As the camera pans round during the incident, two other men appearing to be security staff can also be seen.

He was forced to stop and show he was working seconds after a wheelchair-bound supporter he was fooling around with.

Alvarez said he was “sad” about the South American nation’s shock defeat to Saudi Arabia.

The shock interruption to the live broadcast took place in Barwa Village, a commercial and residential complex on the outskirts of Doha that has been expanded for the World Cup.

The journalist and film crew resumed filming later from the back of a car, with Alvarez telling viewers he had been forced to leave the area after being told where he was working was “private.”

Insisting his paperwork was in order and he had all the necessary permits, he said: “I was frightened and thought they were going to take me prisoner.

“The person who stopped the filming got out of a van and told us in a very rude way we couldn’t film any more because we were in a private place.

“I told him we were showing something nice but they told us we had to go and there was a moment when they even wanted to take our equipment off us.”

He went on to thank well-wishers for their support in a social media post, raging: “We had a bad experience and what happened was totally unfair because we had all our permits and everything in order.

“It’s in the past now, another anecdote. The most important thing for me is that Argentina is playing again on Saturday.”

Nicolas Magali, who is replacing Alvarez as programme host while his colleague covers the World Cup, responded by saying: “This is an example of severe censorship and we have to say so.

“They covered up the camera, didn’t let us film, ordered you away in a rude fashion and on top of that the person doing the talking didn’t identify himself.”

The journalist’s wife Tefi Russo later took to social media to say of her husband: ‘No joke, he sh#t himself simply because although he had all his paperwork in order, he’s away from home, he was doing a live broadcast, he doesn’t speak the language, it’s another culture and it’s censorship when you know you’re doing nothing wrong.

“It’s impossible to work and enjoy a World Cup like this.”

Qatari officials ended up apologising after a similar incident less than a fortnight ago involving the Danish film crew.

TV2 reporter Rasmus Tantholdt was speaking as part of a live broadcast when he was approached by security staff who had appeared on a golf buggy next to the newly-opened Chedi Hotel at Katara Cultural Village.

Tantholdt displayed his accreditation before accusing the henchman of wanting to break camera equipment.

He later said he had been given an apology by the Qatar Supreme Committee, the body which is organising the World Cup.

Qatar has already faced questions over organisation of the World Cup – with reports weeks before the start that the nation simply was not ready.

Confusion over the sale of beer, infrastructure problems and reports of crowd trouble at the fanzone have already surfaced.

The tiny country is expected to welcome more than one million fans during the tournament – when the country only has a population of 2.9million.

Billions have been spent to try and ready the nation for its first attempt at holding an event of this scale.