GOT your Christmas jumper yet?

If not, notjustclothing have sports fans covered for party season, which will soon be getting into full swing. 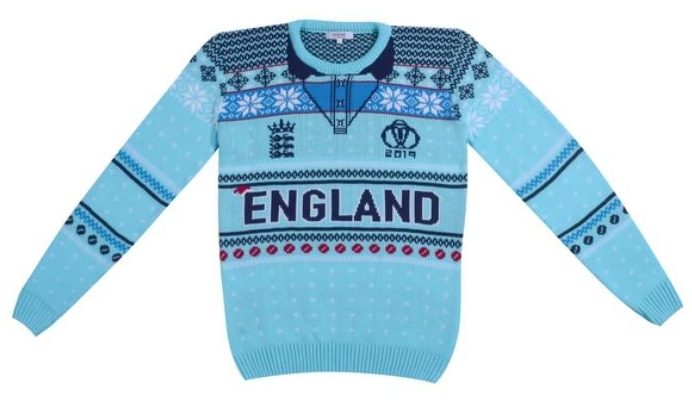 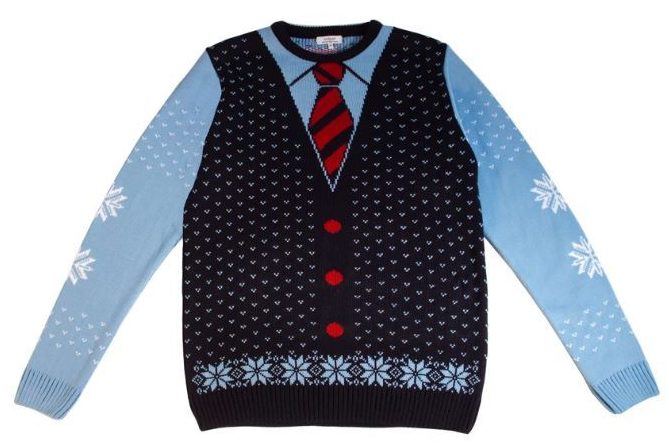 England cricket fans can relive the drama of the summer's epic World Cup by wearing this fetching festive effort.

While football fanatics can celebrate England's qualification for Euro 2020 and manager Gareth Southgate with a jumper designed with his infamous M&S waistcoat on it.

And proceeds from notjustclothing sales go to charity too – so you will be doing your bit as well.

Check out the full collection below.

After England's heroics in this year's World Cup, cricket has never been so popular.

That's why notjustclothing have designed a brilliant ode to that tournament with a blue jumper that's just like our jersey.

Emblazoned with 'Barmy Army' on it, as well as 'World Cup Winners 2019', you'll knock everyone for six – just like Ben Stokes did to New Zealand – when wearing it.

Just to ensure it's got a Christmas-feel, it's finished with some snowflakes too.

Only 250 have been made, as it's a limited edition run, so get yours while they're in stock. 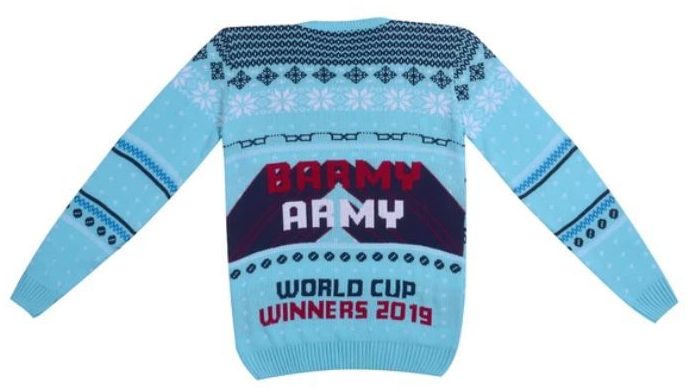 At the 2018 World Cup, England performed heroics – only to lose a semi-final to Croatia.

Apart from Harry Kane's goals and Harry Maguire defensive displays, one other thing stood out.

Southgate may have done away with the waistcoat now, but you can represent him with this navy blue knit with 'Christmas Is Coming Home’ written on the back.

Darren Bent liked it so much, he modelled one on the notjustclothing Instagram page. Southgate was even presented with his own during a BBC interview too. 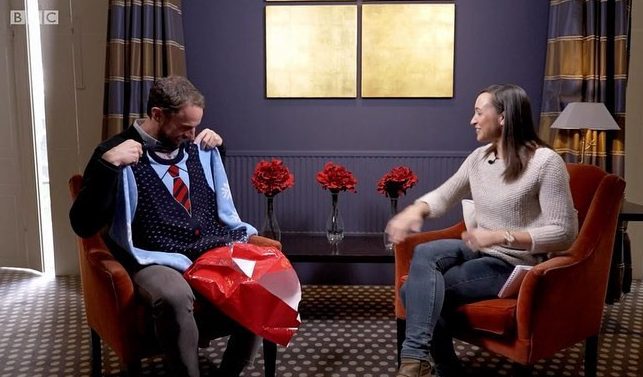 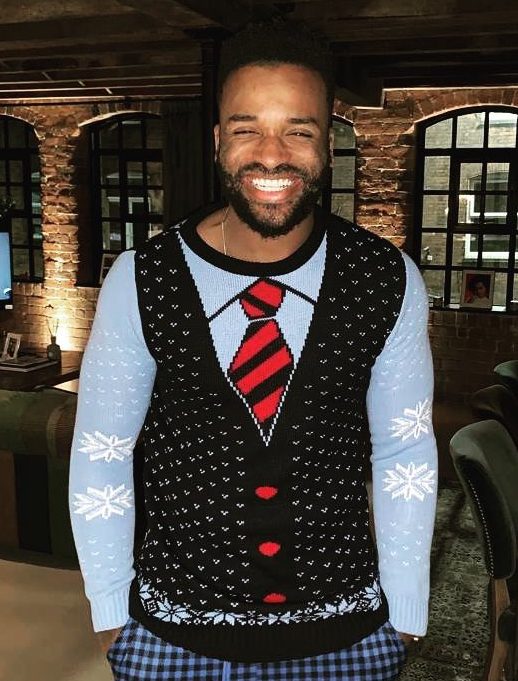 Women's football is riding the crest of a wave after last summer's World Cup.

At the forefront of the revolution is USA striker Megan Rapinoe, who not only takes joy in bashing Donald Trump, but is the pusher of equal pay for female footballers.

Her efforts are rewarded with a white sweater with red, blue and gold detail.

On the back there's a golden boot trophy design with the message, ‘All I want for Xmas is equal pay', while on the sleeves there are dollar signs, trophies, soccer balls and USA badge motifs. 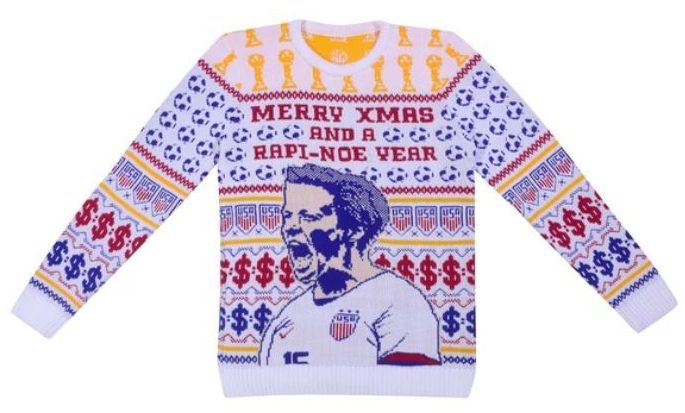 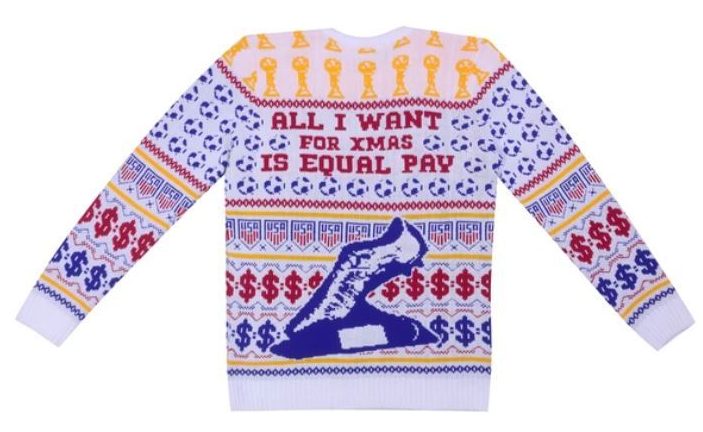 And it's not just jumpers notjustclothing do.

Famously the date – May 19 – clashed with the FA Cup final between Chelsea and Manchester United, so those funny chaps at notjustclothing thought a 'Romance of the Cup' scarf with the pair's faces would fit the occasion perfectly.

Rapper and TV presenter Big Narstie certainly thought so, he was seen wearing one in the stands once upon a time.

Have a look at the fashion brand's website here. 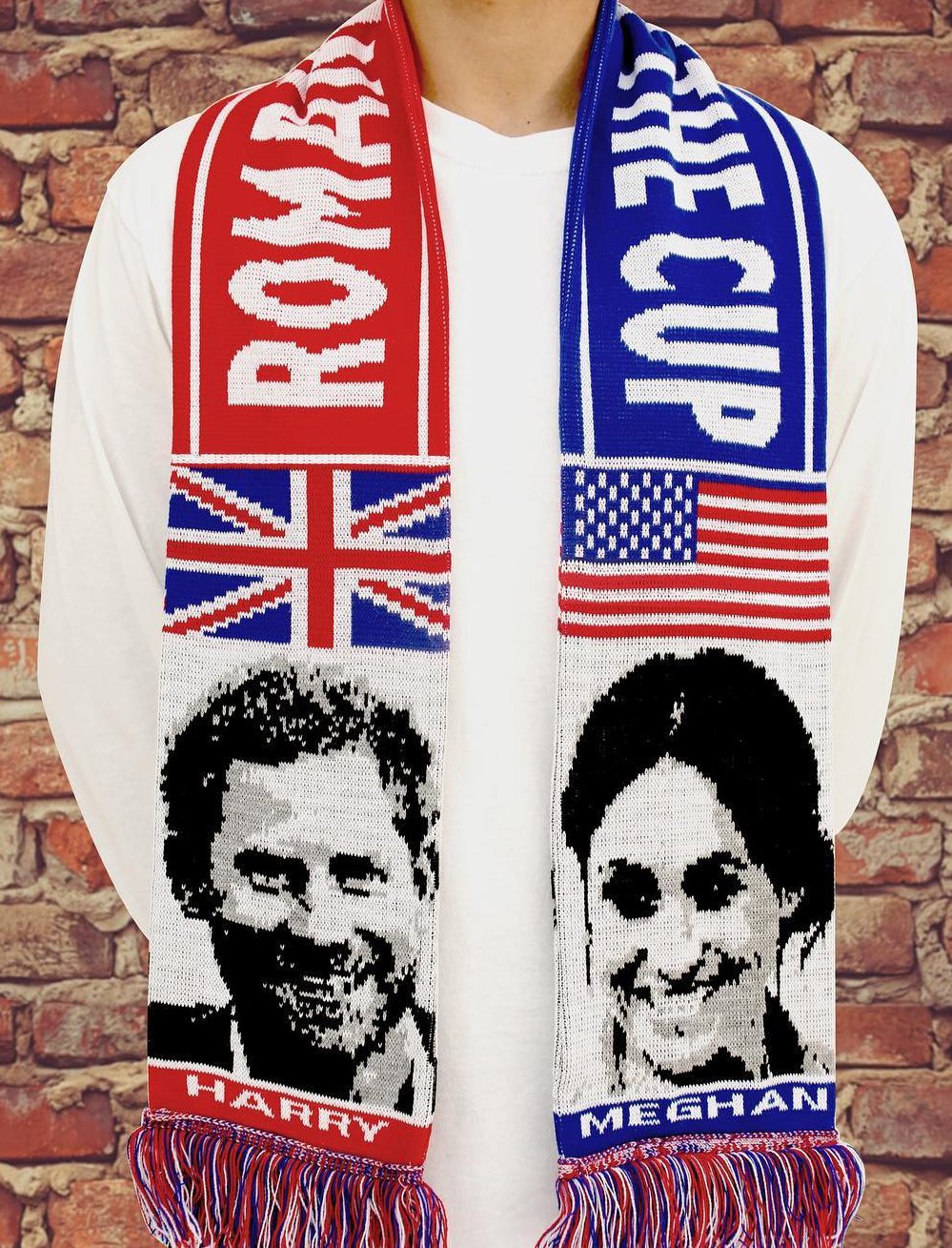 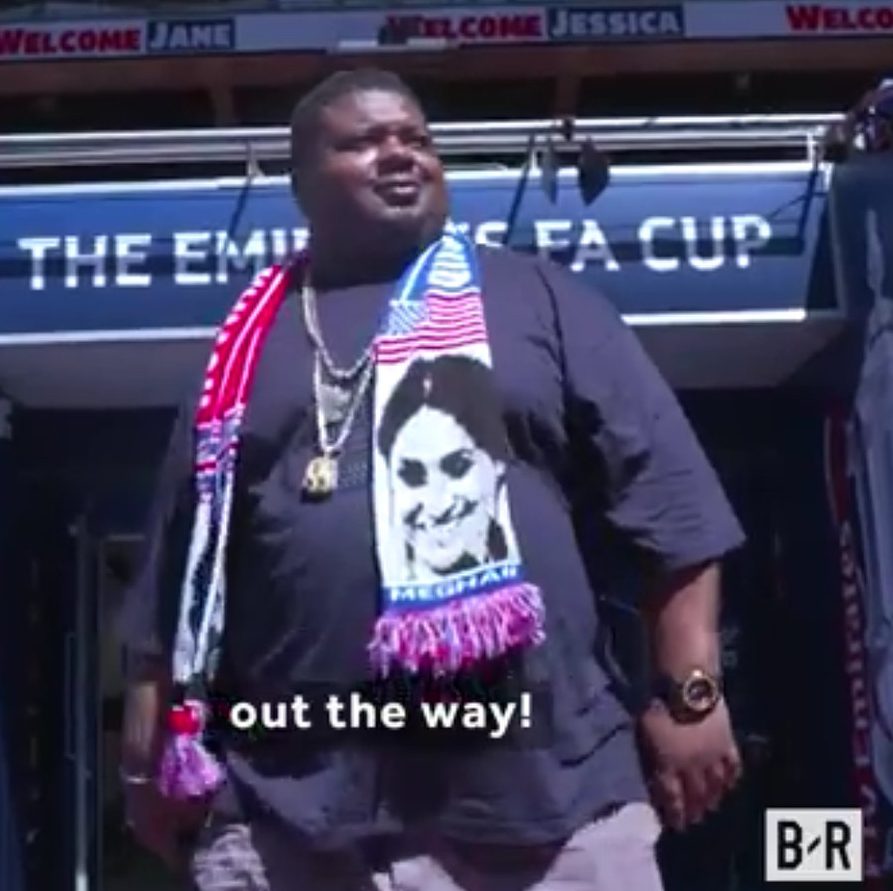