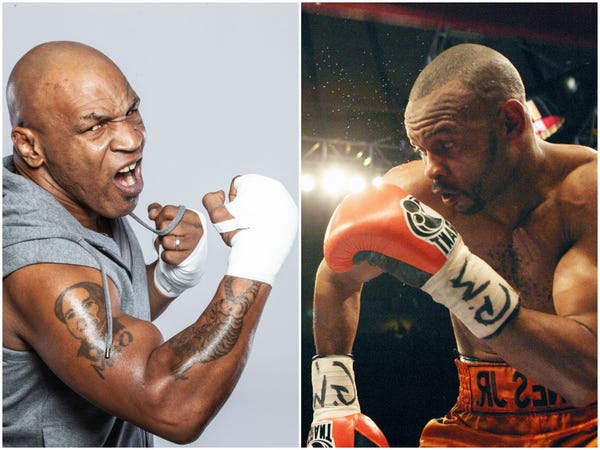 The two former boxing champions, considered all-time greats, are both in their 50s but are returning to the ring for an unofficial match on November 28 in Carson, California.

Because of their respective ages, there have been safety concerns, with the California State Athletic Commission — which has sanctioned the exhibition to take place in the state — ordering both fighters to refrain from trying to knock one another out.

Judging from the pre-exhibition rhetoric coming from both men, it is an order which will be ignored. However, Jones said earlier this week on the Joe Rogan Experience that the contest has been changed from having eight, three minute rounds to two minute rounds.

These are rule changes which benefit Tyson, Jones said, adding that if he does anything about it his opponent's team will just sue him.

"At this point, the fans are so excited about it, I wouldn't want to pull the rug from under the fans … and they [Tyson's team] will try and sue me. It's not really worth it, so I'm going to go in and do these two rounds, but I'm going to have to work a little bit faster than I expected to."

During the same interview, Jones pondered the power Tyson may still possess considering he was once able to obliterate an opponent with ease.

"You get hit by Mike Tyson, anything can happen to you," Jones said. "Mike Tyson is not just an ordinary puncher."

He added: "I love boxing, so if I've gotta die boxing I'm gonna die a happy man. There's other ways I'd rather go, but if I went that way I'm not mad at that."