And McIlroy says Reed is kidding himself if he thinks they can kiss and make up after the world No1 was dragged into a multi-million pound lawsuit. 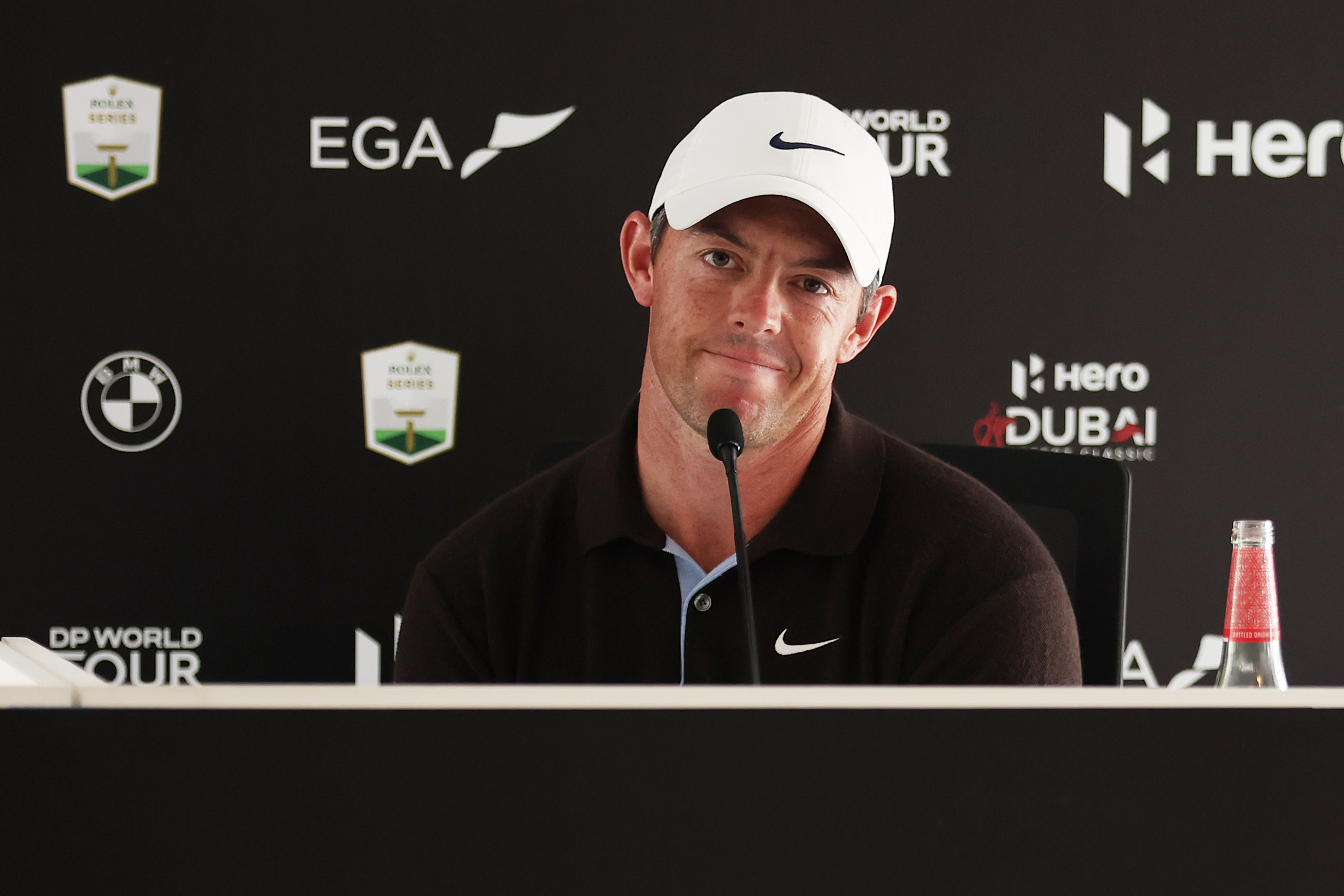 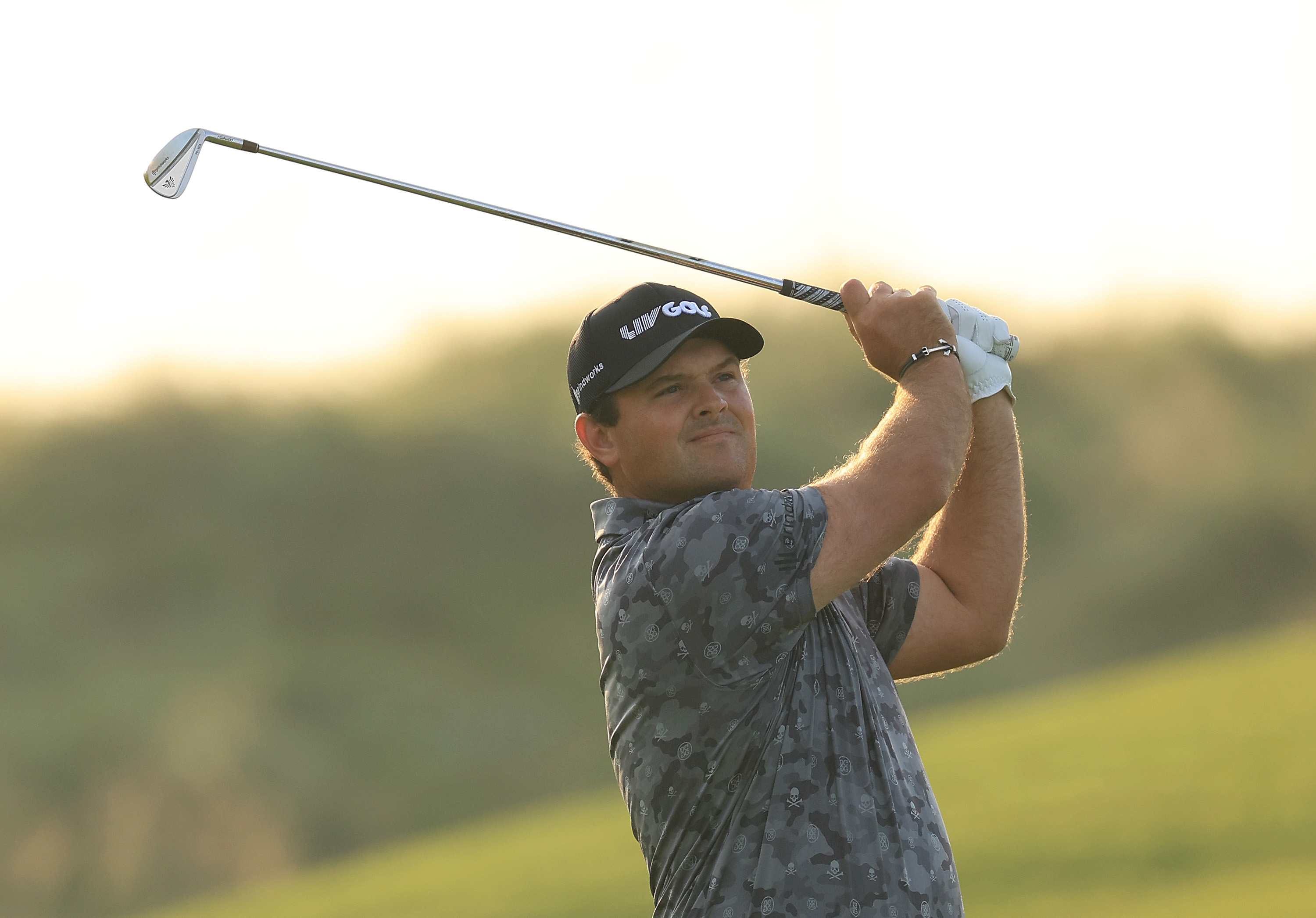 But both men dismissed claims that Reed threw a tee peg at McIlroy, with the American revealing he had merely "flicked" a LIV tee at the Northern Irishman’s feet, as a sarcastic response to being snubbed.

McIlroy made no secret of the fact that he wants nothing to do with Reed – not least because of the shock served up last month by the former Masters champion’s lawyer, Larry Klagman.

That was a court summons to reveal details of a players-only meeting in August, which Reed was barred from because of his £50million move to LIV.

McIlroy fumed: "I was subpoenaed by his lawyer on Christmas Eve. 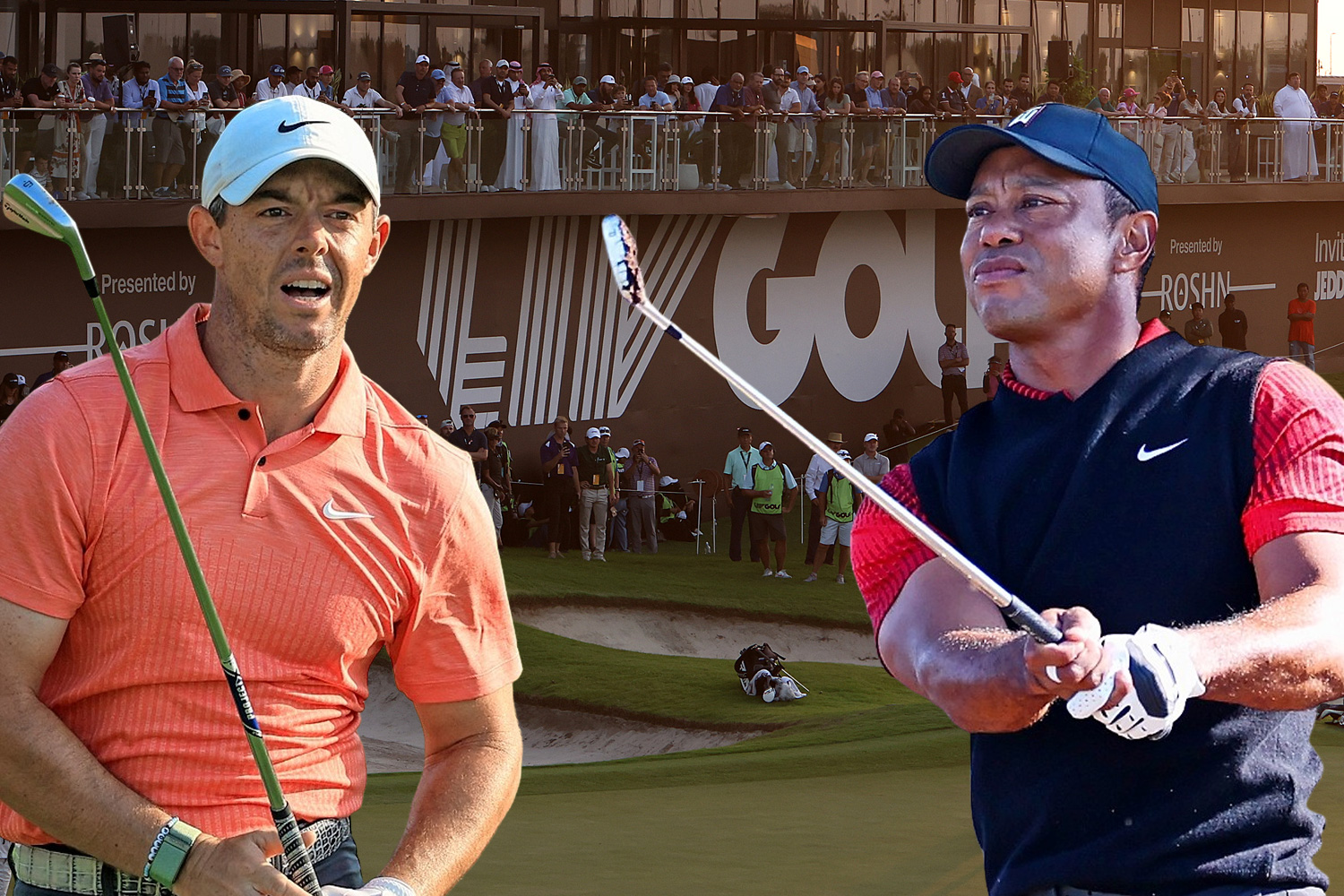 "So of course, trying to have a nice time with my family and someone shows up on your doorstep and delivers that. You're not going to take that well.

"So again, I'm living in reality. I don't know where he's living. If I were in his shoes, I wouldn't expect a hello or a handshake.

"Patrick came up to say hello and I didn't really want him to. I didn’t feel the need to acknowledge him, and from my recollection, that was it.

"I didn't see a tee. I didn't feel a tee. Obviously someone else saw that. If the roles were reversed – and I'd have thrown that tee at him – I'd be expecting a lawsuit!

Most read in Golf 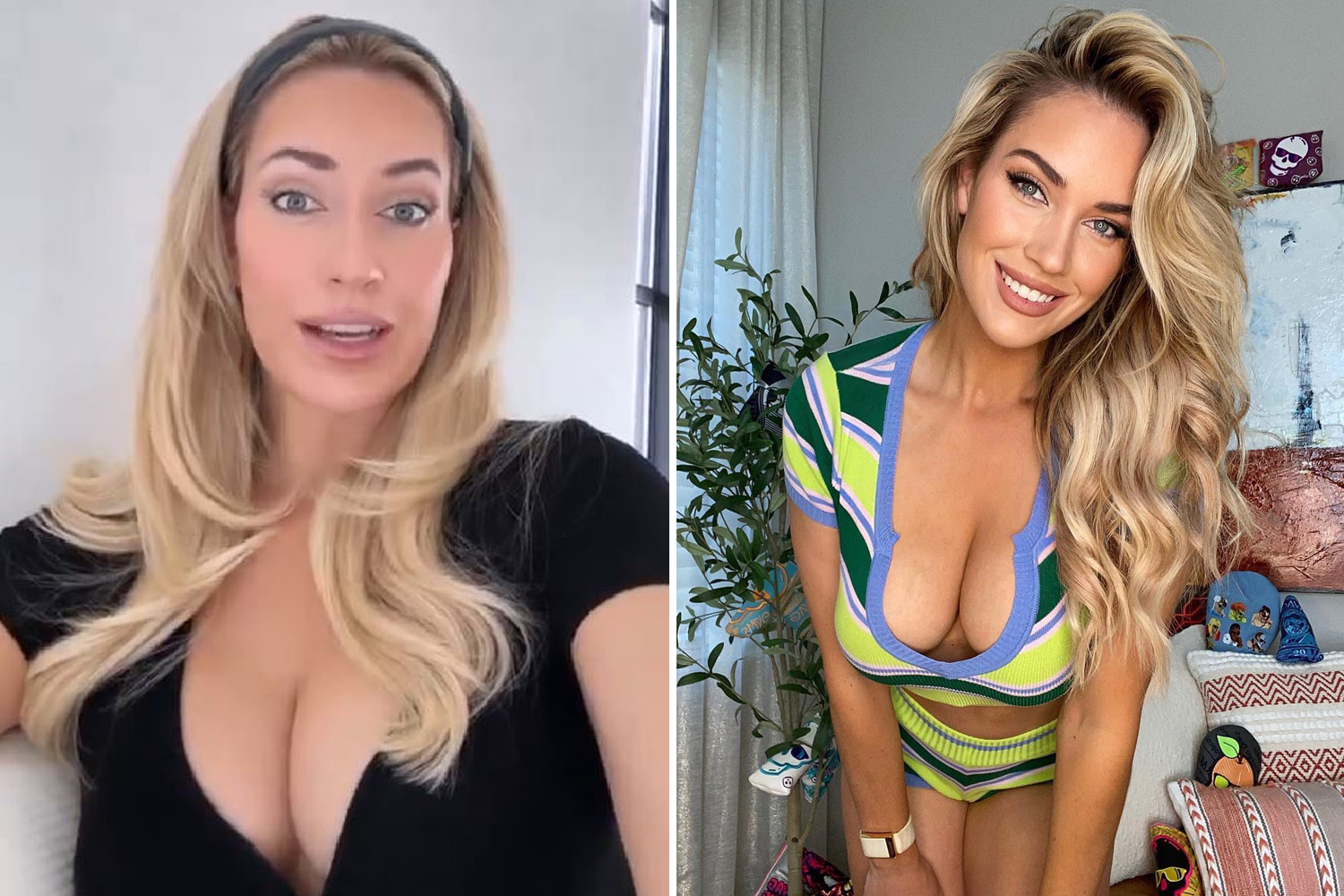 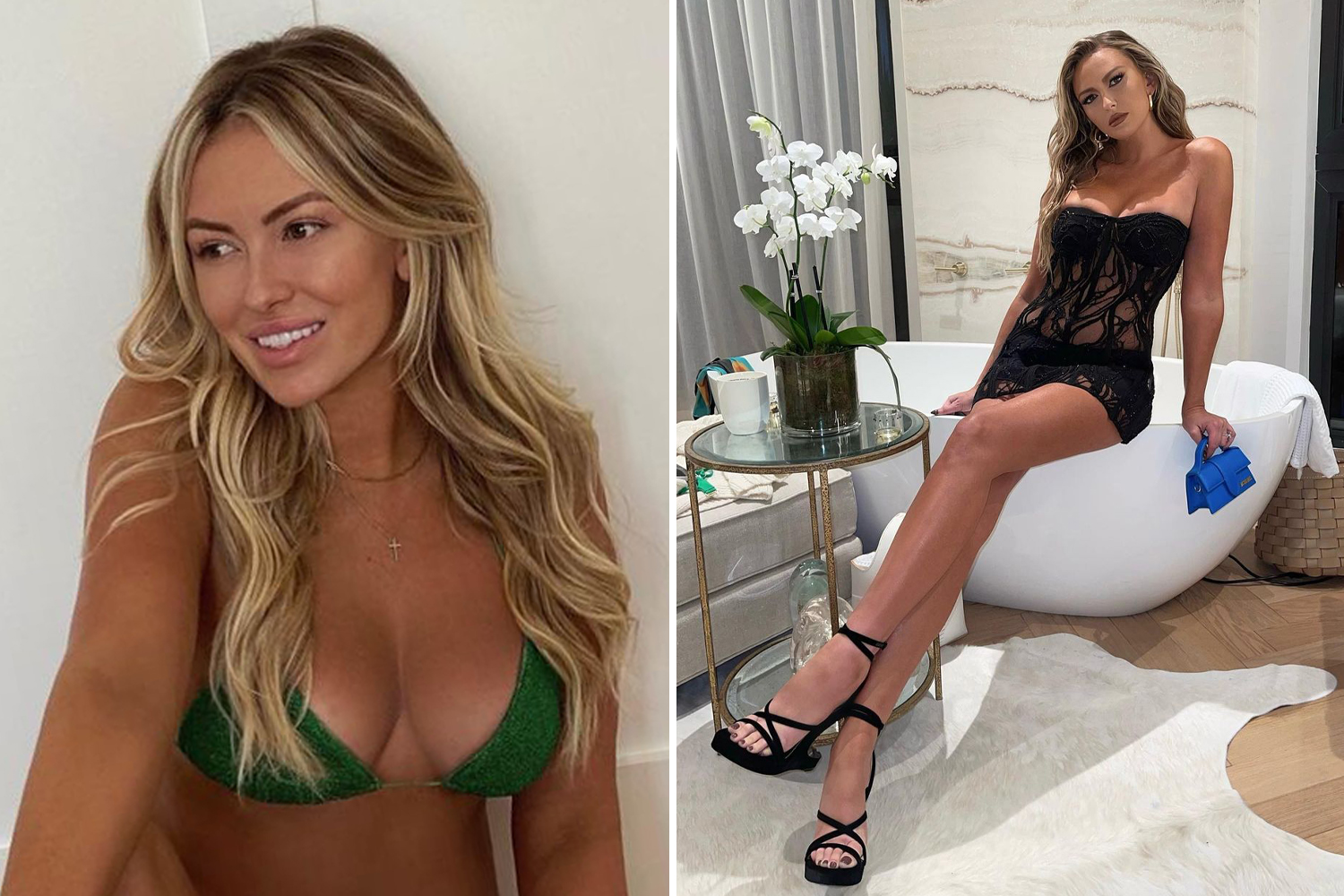 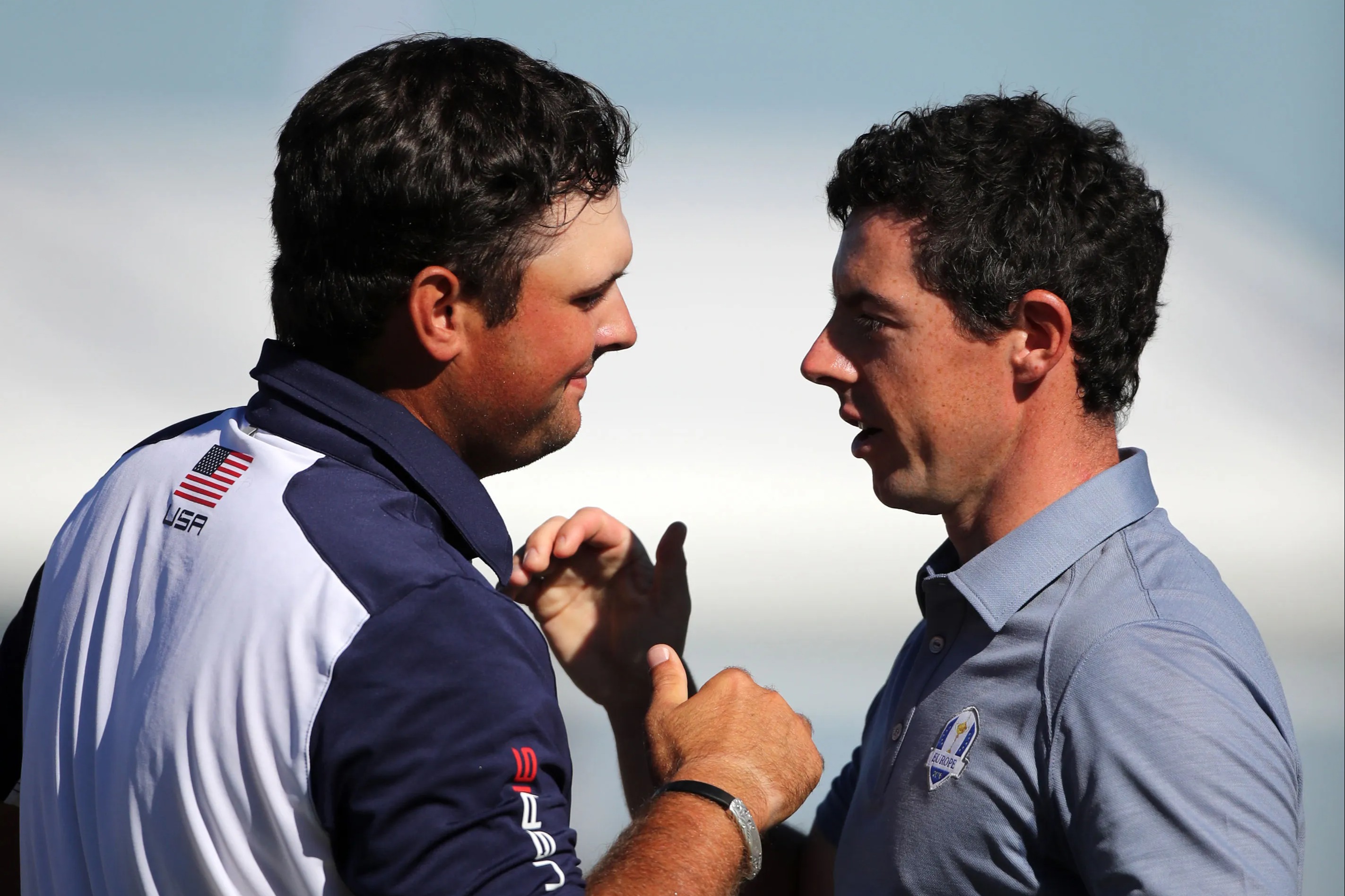 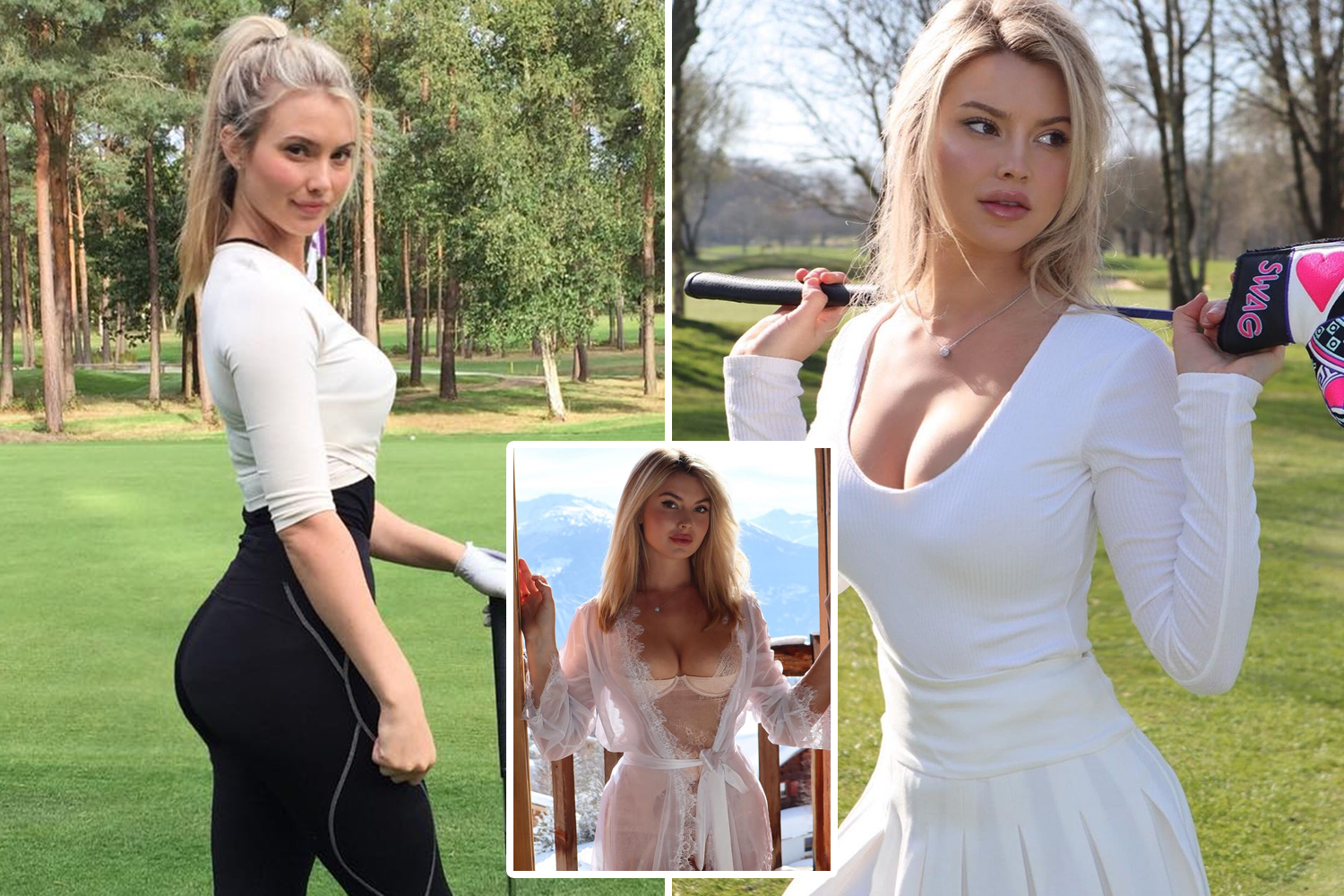 "But it's definitely a storm in a teacup."

More of a storm in a tee peg!

McIlroy’s quip about expecting a lawsuit was a reference to Reed’s $75million actions against the Golf Channel – saying they accused him of taking Saudi Arabian "blood money" – and the PGA Tour’s ban.

But Reed insisted he was not behind the subpoenas, which were also served on Tiger Woods and PGA Tour boss Jay Monahan.

He also slammed McIlroy as "an immature little child" as their spat rumbled on.

Reed said: "That’s not part of my lawsuit. Just because it came from my lawyer doesn’t mean it’s down to me.

"It’s part of a completely different issue my lawyer is pursuing. It has nothing to do with my lawsuits at all.

"Look, when I approached him there was only a handful of us on the range, and because I was near Rory, I felt I should go over to him and say hello.

"He and I built up a bit of a relationship and have had so many battles on the golf course over the years, not least in the Ryder Cup.

"I thought I would wish him and his caddie, Harry, a Happy New Year.

"Harry was reciprocal in also wishing me a Happy New Year, but Rory sort of saw me out of the corner of his eye, and he didn’t say anything.

"I felt the fact he didn’t reply to me was all about me being part of LIV. So I then reacted by tossing down a tee in front of him, at his feet, and it was one of my Four Aces tees, the LIV team I play for.

"And I said to him: ‘I guess we need to just say go Four Aces then, eh Rory?'. It was just an attempt at injecting some humour into the situation, that was all.

"It was just a little flick of the tee, not an attempt to throw it at him.

"He is trying to ignore me and all the other LIV golfers. I think that shows a degree of pettiness and immaturity on his part."

Reed also blasted: "It is one of those things – if you're going to act like an immature little child then you might as well be treated like one."

McIlroy and Reed are both competing in the Hero Desert Classic, which takes place this week.

They have been kept apart in the draw for the first two rounds – but could play together in the third or fourth rounds if they shoot the same scores.

If that happens, there is unlikely to be much on-course chat!