KEVIN DOYLE revealed that secret codes scribbled on his hand helped him score a goal worth more than £100million.

Fourteen years ago Doyle was a £78,000 unknown striker from Ireland. . . who then netted the biggest header in little old Reading's 135-year history. 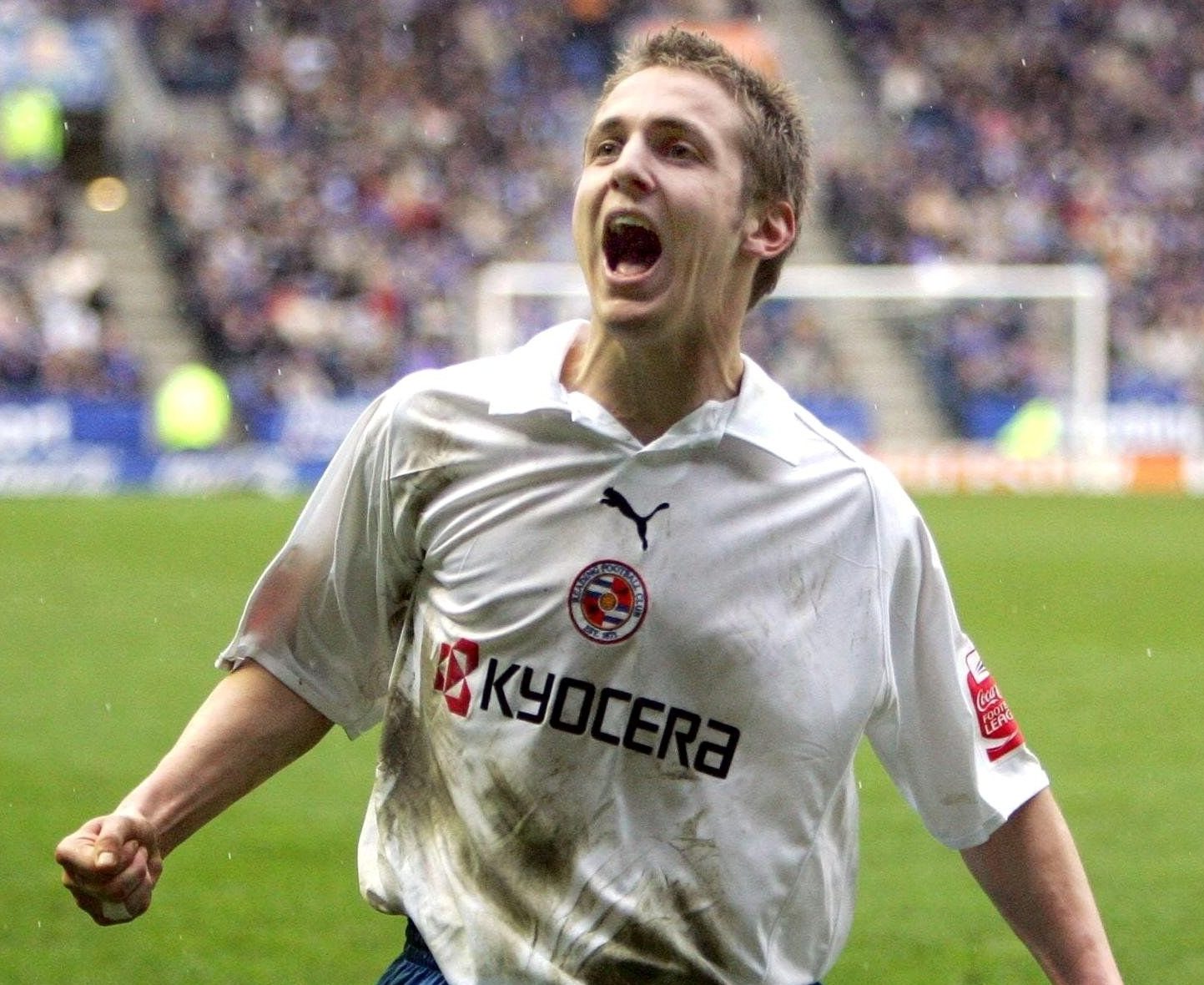 It was March 25, 2006 and Steve Coppell's Royals were smashing it in the Championship on their way to becoming the earliest side ever promoted.

They needed just a point at the King Power Stadium against Leicester City to get a ticket to the Premier League.

But Coppell's side, including Doyle, were having a stinker.

Iain Hume had put the Foxes into the lead.

And it wasn't until midfielder James Harper stepped up to take a corner in the 85th-minute that the game, and history of the Championship, changed forever.

After scoring 19 times in his debut season in English football, Doyle revealed to SunSport that his fairytale header was thanks to tiny notes scribbled on tape – to remind him where he needed to be.

Doyle, now retired and an ambassador for Ladbrokes, told SunSport: "I don't know if I remember the goal from seeing the replays or because I was part of it.

"But it was a corner that we had practised loads of times. I think it was Ivar Ingimarsson who got the near-post flick-on and I was standing behind him. . . I'm not sure if he flicked it or not, actually, but I came in behind him – and scored.

"We had done these set pieces all week. I had it written down too, you could wear rings then and I had tape covering my ring with all the set-pieces written on there – with where I was meant to be.

"I used to have these little notes on my finger about where to be, and when to be there – so that was not a fluke that goal.

'THAT GOAL WAS NO FLUKE'

"James Harper took the corner, he would take most of our corners, and yeah. . . just joy. One of my proudest moments, a great memory. That was such a big success in my career.

"It was my first year in England, the first time the club had gone up to the Premier League, so I have a few pictures of it and memorabilia.

"But we didn't play that well that day and I played s***. Steve Coppell said to me afterwards that he was going to take me off because I was useless!

"I think we didn't play well because we knew that if we won, that was it. There had been such a long build-up and we were sick of talking about it and not talking about it by trying to play it down.

"All those celebrations was just a release after months of talking about whether we would go up and do it.

"There was a lot of crappy play that day from us, we were terrible. But then. . . finally. We could start talking about it and planning. There was so much relief and joy.

"It would have been nice to have done it at Madejski Stadium, but we gave it a good go celebrating at Leicester. We ended the next few weeks with plenty of parties and celebrating."

Reading went on to rack-up a record, and surely unbeatable 106-points after they had been promoted before the clocks had even gone back – scoring 99 goals along the way of the 2005/06 campaign.

But that day in Leicestershire also started with a huge hitch as they had problems with their shirts.

Doyle said: "We were wearing these white jerseys, but that was not the kit that we were supposed to have.

"Something went wrong with the jerseys and Puma had to send more kit that morning. We had this emergency kit on and all the shirts were XXXL.

"I wear short sleeves, but these were all long sleeves, so I had to cut mine with scissors. And I have that shirt at home still, at my mum's – it's in a draw with the mud and everything on it.

'I HAD TO CUT THE SLEEVES WITH SCISSORS'

"It's not been washed, probably stinking, I wish I got it signed from the boys actually. Good craic. And you know what, I would love to remember the bus journey home, but I can't!

"We didn't go back to the stadium as there was a big crowd there. So they arranged for us to go somewhere else and get picked up by taxi. I imagine it was great fun."

Deep down, Reading knew they were going up after taking control of the Championship.

And a few days before the draw at Leicester they had been at Cheltenham Festival where they bumped into old foes and promotion rivals Sheffield United.

Doyle said: "We went to Cheltenham and Sheffield United were also there.

"They were second, and we went there with smiles on our faces as we were so far clear. We were chatting to the Sheff Utd boys and they were 'umming and ahing' if they were gonna do it or not.

"They weren't really enjoying the day, but we were, because we knew. Once we got through Christmas and early January, we couldn't be stopped – it felt inevitable from January.

"We never spoke about it or talked about it in interviews, but we were free-wheeling down hill and it was amazing. We just kept going."

Years later the bargain-buy from Cork City was flogged to Wolves for a then record £6.5million after Coppell's side were relegated after two years in the big time.

Coppell, director of football Nicky Hammond and chief scout Brian McDermott, who then went on to manage the club and win them another promotion, all scouted unknown Doyle when he was playing across there Irish Sea.

Little did they know at the time, that the man they almost DIDN'T bother signing, would go on to net such an important goal.

Coppell had five pints of Guinness before watching Doyle one last time – and almost left the game before he saw him score his last goal for Cork.

Doyle recalled: "Reading scouted me quite well for someone that they were paying such little money for.

"Brian McDermott came to watch me a couple of times, Nicky Hammond and then Steve Coppell came to see me at Cork City. So I guess I was scouted quite intensively.

"I had been okay and bubbling on for a few years. I was a late bloomer and got into the Ireland system and the under-21s and people were staring to pay attention – but Reading had the lead.

"But then they weren't sure, because they were signing me as a back-up striker and they needed to be sure I was up to the job and they hadn't signed anyone from the League of Ireland before.

"It was lucky that I scored the night that Steve Coppell came to watch me as I didn't do too much else that night!

"I then got to Reading, scored a load of goals in pre-season and settled in really quickly with Leroy Lita and Dave Kitson.

"I think I surprised a few people who knew nothing about me and convinced them that we hadn't signed a complete no-hoper.

"I think Dave Kitson got injured one league game, I came on, scored, and then, I think if I was fit, I played every game for the next four years. I don't think it was what Reading or I expected at all.

"We had me Kits and Leroy Lita and we were competing against each other, but it just so happened that when one got injured the others were always fit.

"I thought that first year would be about learning the league, coming off the bench and trying to get a few goals, but in two months I was in the Ireland squad. It was fairytale stuff – just crazy.

"Reading gave me a new contract after about two months and I think I had three contracts in my first year.

"And when we went up all our wages would have double too, so it was massive for the club and us as players who had never played in the Premier League before.

"No one was a multi millionaire and it was genuinely really exciting for us – seeing what was going to come. You had heard of the riches of the Premier League and that was our chance to experience that side of things too.

"It was a unique few years for the money and wages spent – it was unbelievable."