Emma Raducanu RETIRES just 33 minutes into her first match back on grass since last year’s Wimbledon, after the US Open champion struggled through just seven games with an abdominal injury

Emma Raducanu’s hopes of gathering momentum in the run-up to Wimbledon were quickly dashed in Nottingham as injury forced her to retire just 33 minutes into her first round match.

The British No 1 gave fans a fright when she called for a medical time-out five minutes into her first round match at the Nottingham Open against Switzerland’s Viktorija Golubic.

Raducanu was seen pointing to the left-side of her rib-cage and a trainer was called to work on the problem area.

The 19-year-old was given painkillers for some immediate relief while the trainer looked to alleviate the pain from her left side.

Despite being broken in her first service game, she was able to get up and carry on but she looked uncomfortable in the match and decided she could not continue in the seventh game of the match, down 4-3.

A staff member carried her tennis bag away outside the bowels of the stadium to try and eliminate further stress placed on Raducanu’s body, as she walked off solemnly passed photographers.

Raducanu has found the rigours of the WTA Tour tough to handle in her first full year as a pro player. 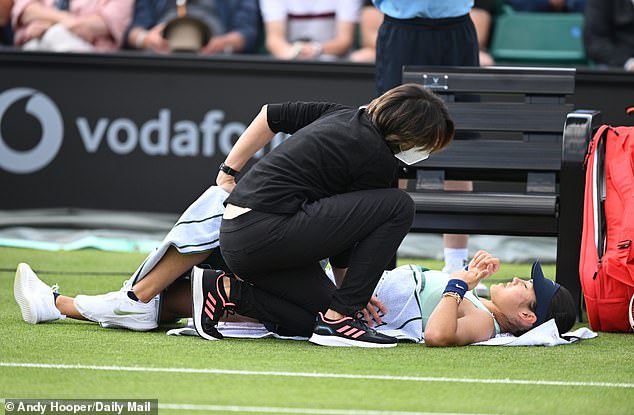 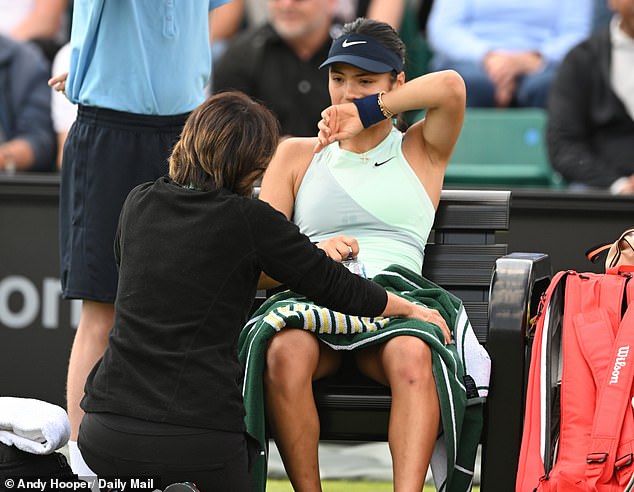 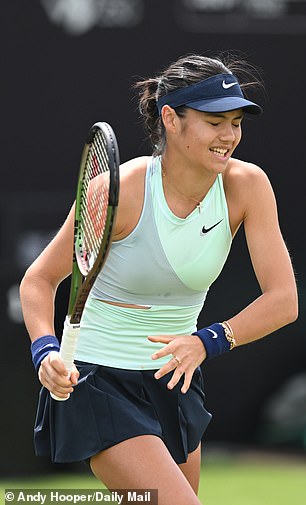 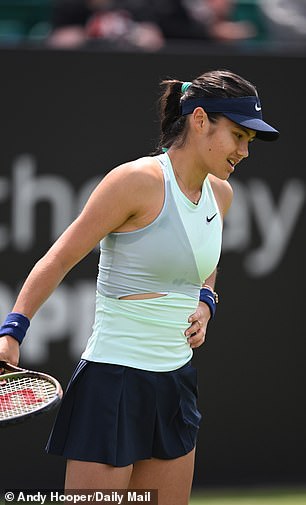 Concern grew for her at the Italian Open when a persistent back problem forced her to retire against Bianca Andreescu midway through the second set.

Court-side microphones captured Raducanu telling a trainer in Rome that she ‘couldn’t move’, such was the extent of the back problem.

Prior to her physical breakdown in Rome, both runs at the Miami Open and the Madrid Open were cut short through injury problems.

Nottingham was a homecoming for Raducanu, the venue of her first official WTA Tour-level match. 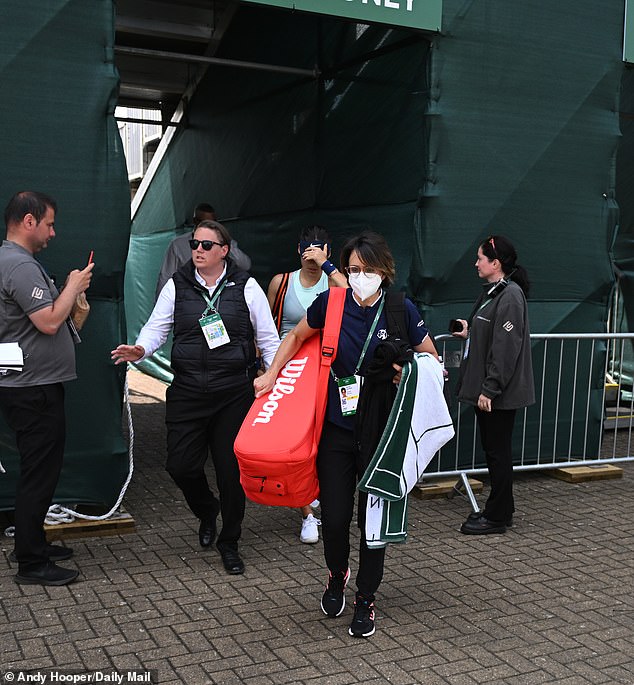 She was given a wildcard then, losing 6-3, 6-4 to British compatriot Harriet Dart.

Just 96 days later she made history having navigated through qualifying to go on and win the women’s singles title at the US Open, her first Grand Slam success.

This represented Raducanu’s first Tour-level match on UK soil since reaching the fourth round at Wimbledon last year, which became overshadowed by her breathing difficulties that forced her to retire against Australian opponent Ajla Tomljanovic, who was leading by a set and 3-0.

‘I’m a little bit shocked. I am still in my match focus and bubble,’ Raducanu’s conqueror in Nottingham, Golubic, said. 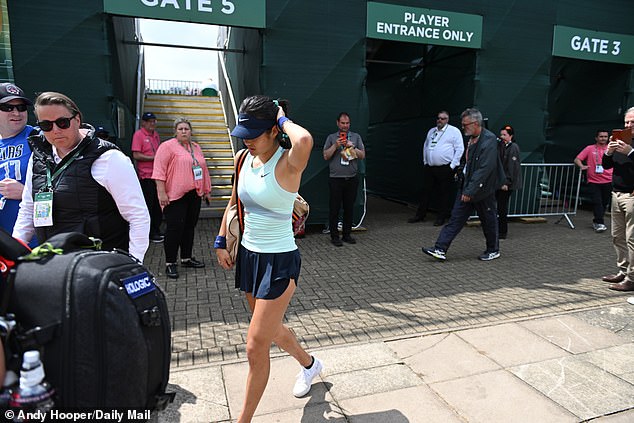 ‘I didn’t expect this to happen. I feel sorry for Emma. I was looking forward to a tough challenge.

‘This Centre Court is really beautiful. I wanted to stay on it. It is unfortunate it has ended like this.

‘It is a sad way to finish and I hope she recovers.’

Wimbledon starts on June 27 and it would now appear Raducanu is touch-and-go to be in best shape for her home Slam.

January: After she lost to Danka Kovinic in the third round of the Australian Open, it emerged Raducanu was grappling with a huge blister on her finger that took weeks to heal

February: Raducanu withdrew from a WTA event in Monterrey with a leg problem, a week after it had forced her to retired from a first round match in Guadalajara

March: Following a defeat by Croatia’s Petra Martic at Indian Wells, Raducanu cited a stiff back but refused to use it as an excuse, admitting: ‘I’ve just got to get stronger’

April: Raducanu needed time out for attention to a blister on her foot as she was beaten in just 62 minutes by Marketa Vondrousova in the Billie Jean King Cup

May: Now, after withdrawing in the first round of the Italian Open with lower back pain, Raducanu confirmed she is fit to compete in the French Open

June: Concern grows for Wimbledon as Raducanu pulls out of her first round match at the Nottingham Open after just 33 minutes. She called a medical time-out after three games and needed painkillers for what looked to be a left-sided rib issue