RACHAEL BLACKMORE was given a ticking off by stewards after she stunned the racing world with her heroics on Gin On Lime at Cheltenham.

Both Grand National winner Blackmore and Harry Skelton – her sole rival in the two-horse race – went down at the penultimate fence in the 2.20 on Friday. 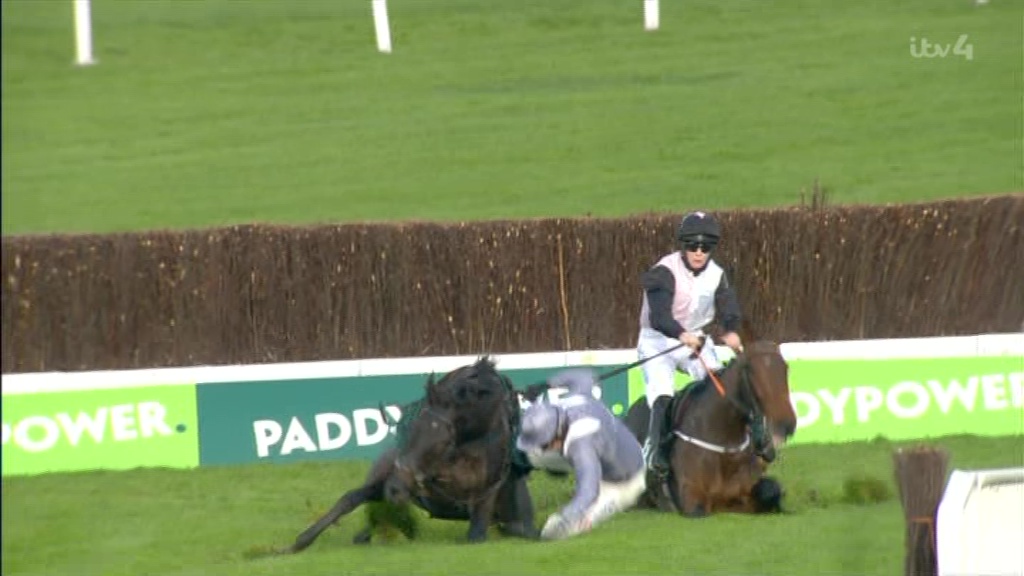 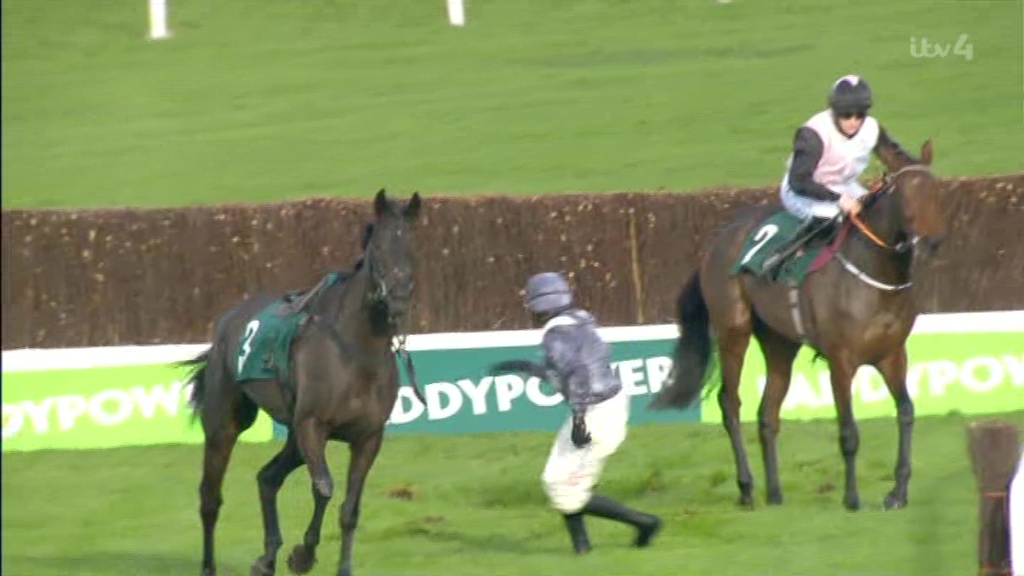 Champion jockey Skelton was unseated from 4-9 favourite My Drogo.

And it looked for all the world like Blackmore was going to crash to the turf too, therefore voiding the race.

But incredibly she kept perfect balance, crucially didn't let her feet touch the floor, then got the horse back to her feet, jumped the final fence and won.

Pundits, punters and former pros were left slack jawed by the Irish jockey's miraculous recovery, the likes of which had never been seen before.

But the stewards' report into the incident warned Blackmore about her conduct should, somehow, a similar situation ever arise again.

The report read: "An enquiry was held to consider the circumstances surrounding Rachael Blackmore, the rider of the winner, GIN ON LIME (FR), continuing in the race when her horse had made a very bad mistake at the penultimate fence.

"Blackmore and the Veterinary Officer were interviewed, and recordings of the incident were viewed.

"The Veterinary Officer stated that a post-race examination of GIN ON LIME (FR) failed to reveal any abnormalities.

"The Stewards noted Blackmore’s explanation that she felt the mare get to its feet quickly without any ill effects and having trotted soundly away, she was satisfied that GIN ON LIME (FR) was fit to continue in the race.

"She was advised that in similar circumstances she should take more time to assess the welfare of her mount."

Asked if she thought of pulling the horse up when it crumpled to the floor, Blackmore, 32, said: "She didn't feel tired under me, she cantered right up to the line, pulling her up didn't cross my mind at all."

The 2021 Cheltenham Festival champion jockey added: "A two-horse race, it just shows you anything can happen!

"Harry came up alongside me and I thought he was going to go away from me at the second last.

"But she's so honest to get up and go after that, she's incredible. Such honesty, really, of her to go after that.

"She just crumpled under me and it was quite a slow motion thing I suppose. She’s an extremely honest mare to go down and jump the last and canter over the line.

"She just slipped at the back of it, it wasn't her best round of jumping, she was looking at a lot else, there was a lot going on.

"She wasn't sure where she was going but it's so incredibly honest of her to do that.

"It was incredible the way it worked out, it's hard to process it right now.