EMMA RADUCANU was beaming with pride as she saw her name go up on the US Open winners’ board.

The 18-year-old now sits alongside the likes of the great Serena Williams and Naomi Osaka as a champion in New York. 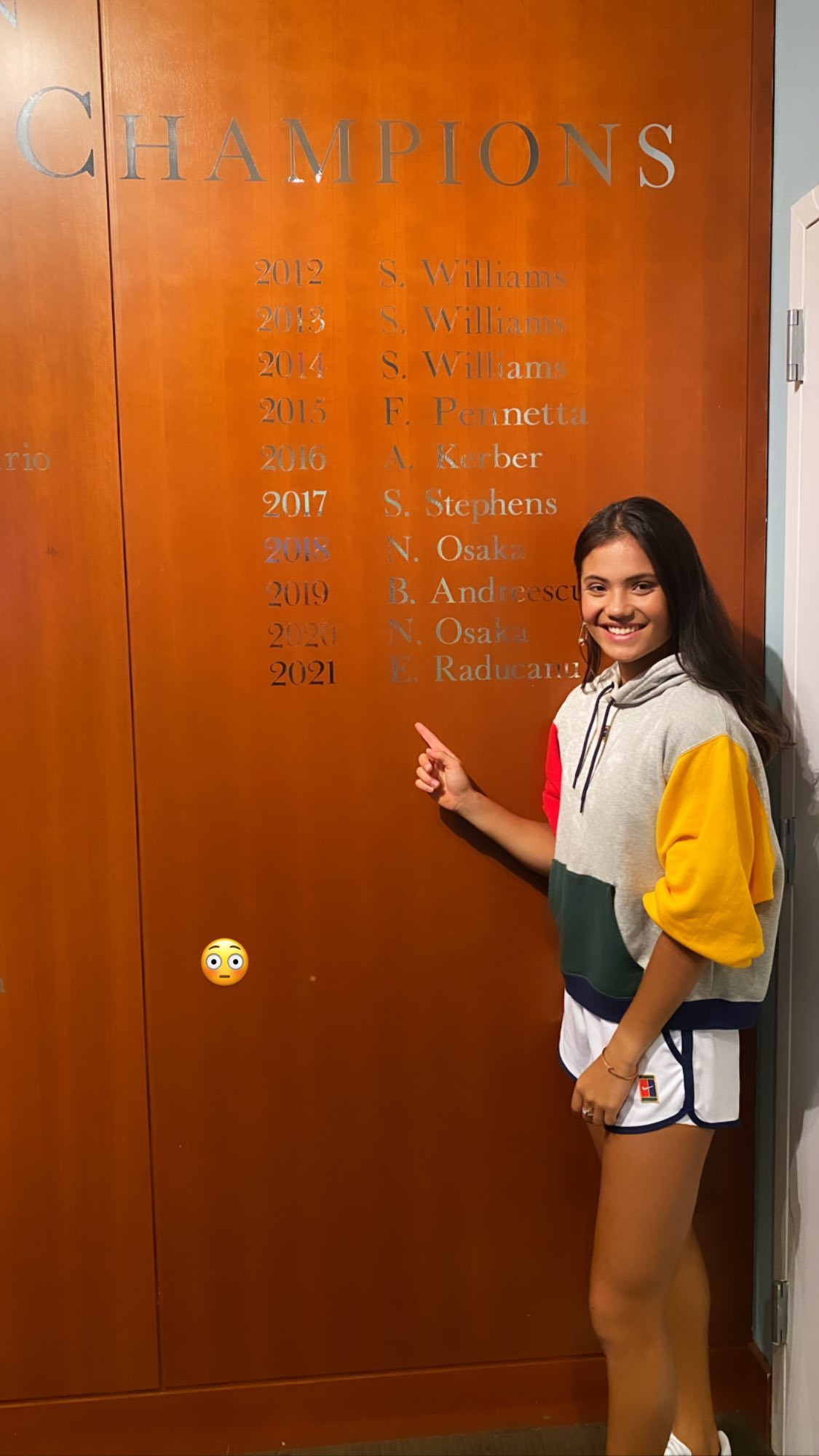 Raducanu posted a stunned emoji along with the picture on her Instagram account after a sensational performance that shocked the world.

The Brit came through a gruelling three-week schedule to become the first qualifier ever to win a Grand Slam title.

She did so without dropping a set, the first time anyone has done so since Williams back in 2014.

But Raducana played three more matches to get to this year’s final after she was forced to go through the qualifying tournament at Flushing Meadows.

Victory over Canada’s Layla Fernandez on Saturday night brought with it a £1.8million winner’s cheque.

Raducana joked she only wanted to take home enough cash to be able to replace the £109 Airpods she lost in New York.

Her world ranking is also set to leap a whopping 127 places as she becomes the new British No.1.

A staggering 9million viewers tuned in to watch as Raducanu came through in straight sets 6-4 6-3 against Fernandez.

And messages of congratulation have come in from a host of famous faces, including royalty and the PM Boris Johnson.

Raducanu is even reported to be in line for a CBE from the Queen, who wrote to her on Saturday night following her triumph.

The teenager’s world will never be the same again, with reports she could earn at least £150million during her blossoming career thanks to prize money and endorsements.

Raducanu is close to her family and it was reported she had booked to visit her gran in China this weekend before making the New York final.

Perhaps the highest praise came from her “tough to please” dad, who joked she was even better than he realised after her famous win. 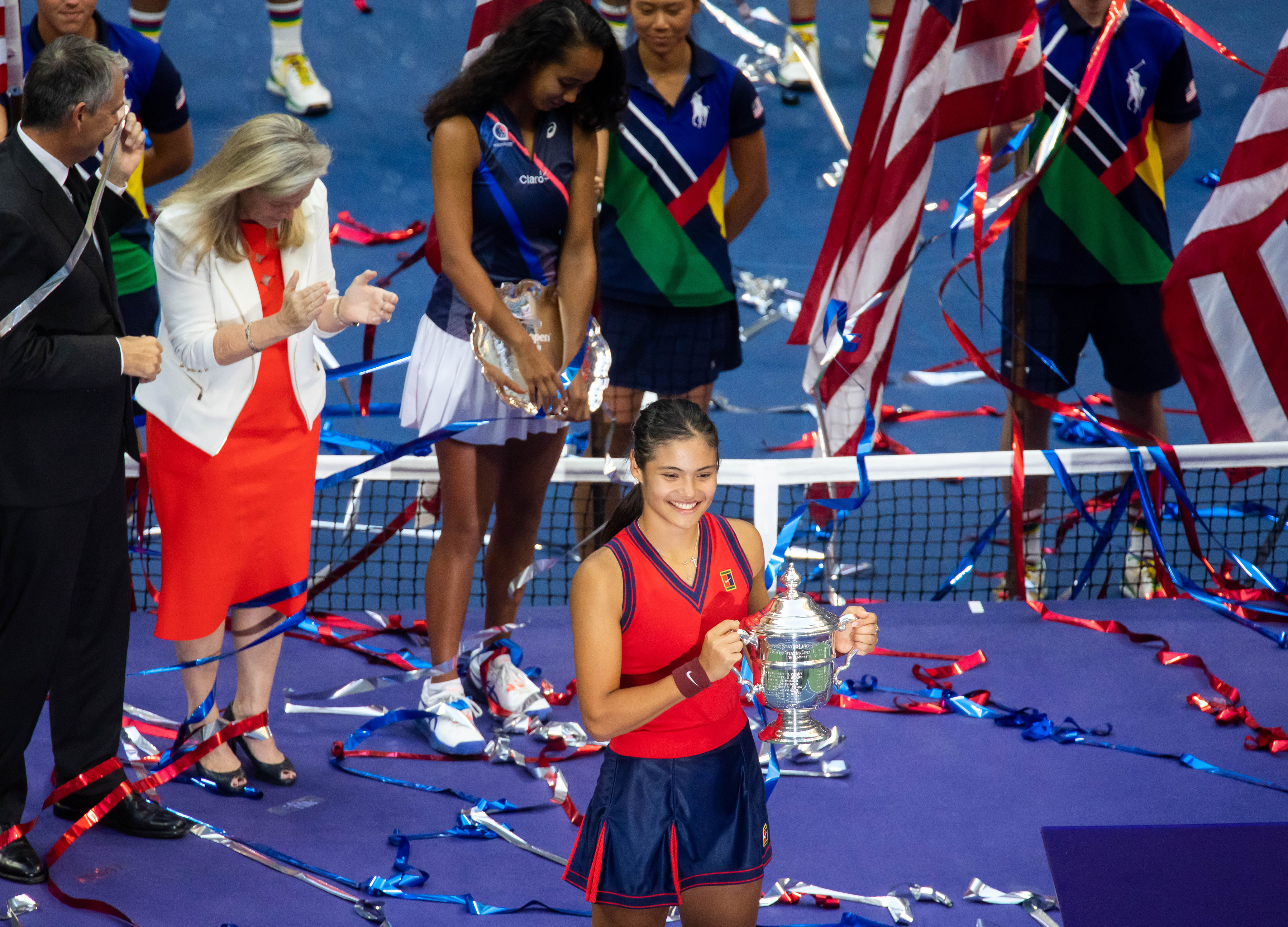