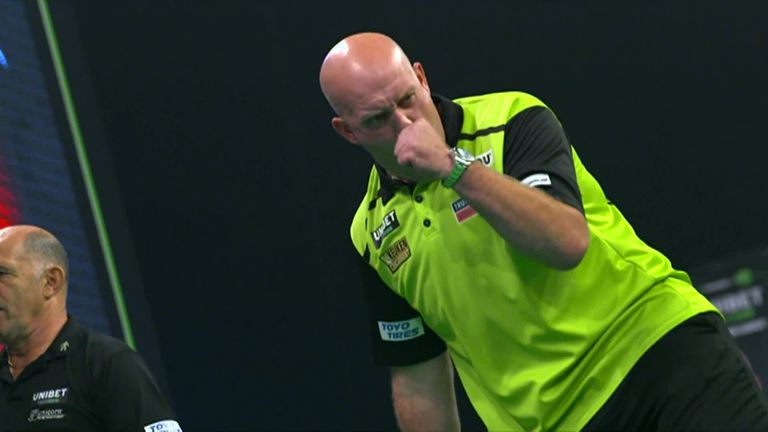 After 27 games in six days and one elimination, the 2020 Premier League is poised more dramatically than any previous year after Michael van Gerwen, Gary Anderson and Gerwyn Price all won on Sunday night, but it is Glen Durrant who leads the way after a relentless week of action.

This year’s competition is being played in batches as the sport of darts joins the rest of the world in finding a way to continue during the coronavirus pandemic, and the condensed nature of this year’s event has led to plenty of drama – with the promise of more to come.

Play will recommence on Wednesday, with four more nights of action before the planned Play-Offs at The O2 in October, and the man who occupies top spot is three-time BDO world champion Durrant – who has extended his advantage after a remarkably consistent week.

Having led the table when play was halted in March, ‘Duzza’ was already guaranteed to be leading heading into the latest mini-break and, while he sits four clear of second place and six clear of fifth, the race behind him is hotting up.

Duzza on brink of Play-Offs debut

One year on from his debut as a Premier League ‘Challenger’, Durrant underlined his status as the favourite for top spot in the league phase, and the man to beat, with an 8-3 demolition of Daryl Gurney. 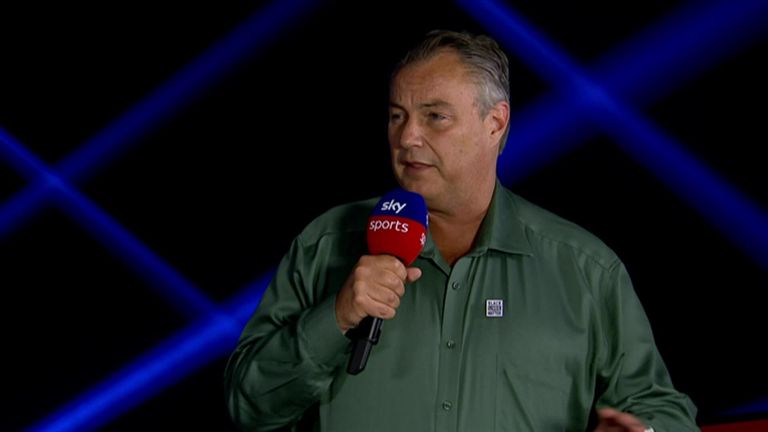 Duzza wrapped up a fourth win since the restart to stretch his unbeaten run to eight games, which sees him sitting six points clear of fifth-placed Nathan Aspinall with four games left, and, with a considerable leg-difference advantage, he is all-but secure of a place in the Play-Offs.

Durrant got the better of the early exchanges as Gurney missed a couple of chances and the man from Middlesbrough is proving to be a ruthless front-runner.

Relentless scoring and clinical finishing is tough to compete with and while Gurney kept pace in the score phase, he missed his first five darts at double as Durrant cruised into a 7-0 lead to secure a point.

‘Super Chin’ got on the board in the eighth leg and then punished Duzza’s first missed match darts to grab a second and then a third before Durrant finally got over the line, pinning double 10 to complete a fine week’s work that saw him collect 10 points from a possible 12.

Van Gerwen, king of the Premier League, faced the prospect of ending the evening second from bottom in the standings, but an 8-5 victory over Michael Smith left him third and five points behind Durrant.

The Dutchman has finished top of the table for each of the last seven seasons and has never failed to reach the final but he entered his meeting with ‘Bully Boy’ having lost three of his last four matches.

A pair of huge finishes, four 180s and an average of 102 was enough to see off a spirited performance from Smith who again found a way to lose despite an impressive display

Smith’s 117 gave him the opener and was the first of four huge finishes between the pair, but ‘MVG’ was in the mood, firing in a 110 of his own along with a huge roar as he opened up 3-1 and 6-2 leads.

Bully Boy stopped the rot with a classy 145 check-out and hauled himself back into the contest for a win he needed to boost his own Play-off hopes, but it was not to be as Van Gerwen held firm with another three-figure outshot on his way to two precious points. 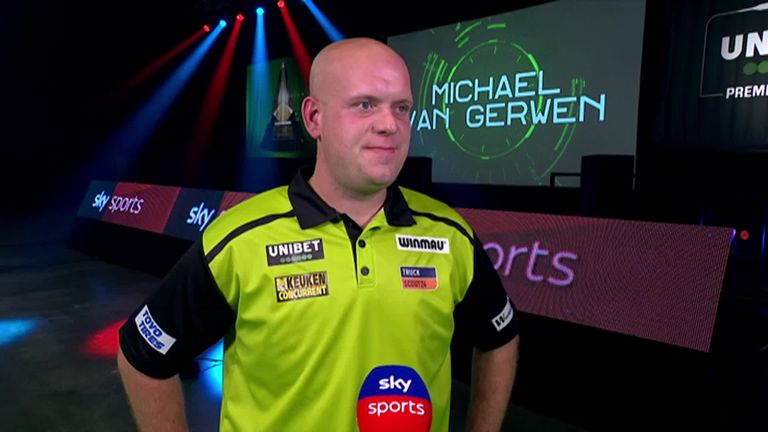 Iceman into play-off spot as Wright goes close to perfection

Price began the six days this week concerned that the lack of a crowd was not the right atmosphere for him, but he ends it in pole position for a place in the semi-finals after beating Peter Wright 8-6 in a classic. 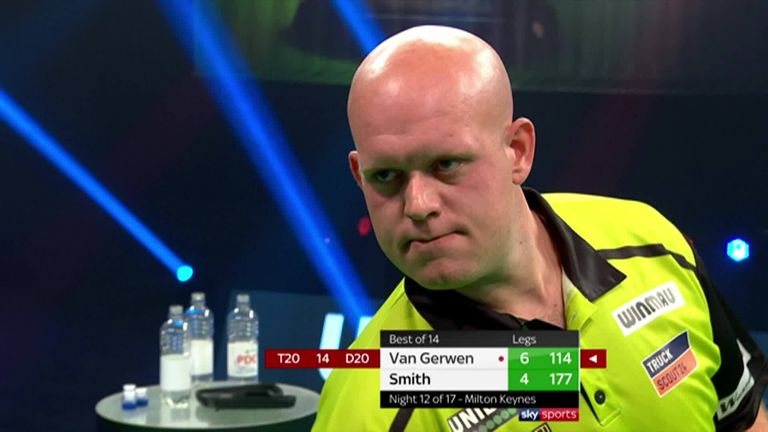 The pair shared four 100+ finishes, both averaged more than 107 and fired in eight 180s, while Wright was within a single dart of another nine-dart finish, but it was Price who emerged victorious.

With averages well in excess of 100, the pair could not be separated early on, so it was no surprise to see Price’s double five to draw level bring the biggest celebration.

Having faced the slimmest of chances of elimination on Thursday, ‘The Iceman’ has won three of his last four matches and he claimed the lead with a break of throw and his third successive successful dart at a double. 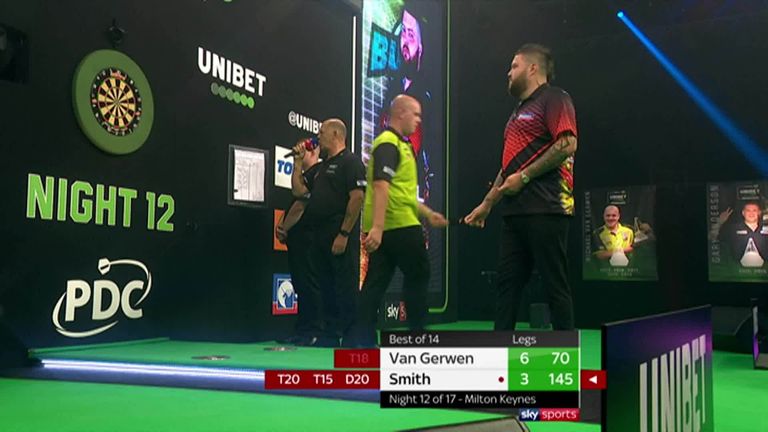 Price stayed perfect on the outer ring to go two clear before Wright came within a single dart of another nine-dart finish. Having pinned double 12 on Saturday night – two days after missing the target – the world champion did so again after eight perfect darts.

The pair traded 127 finishes as the finish line loomed into view, Price keeping his nose in front to seal victory with a 128 finish befitting the contest. 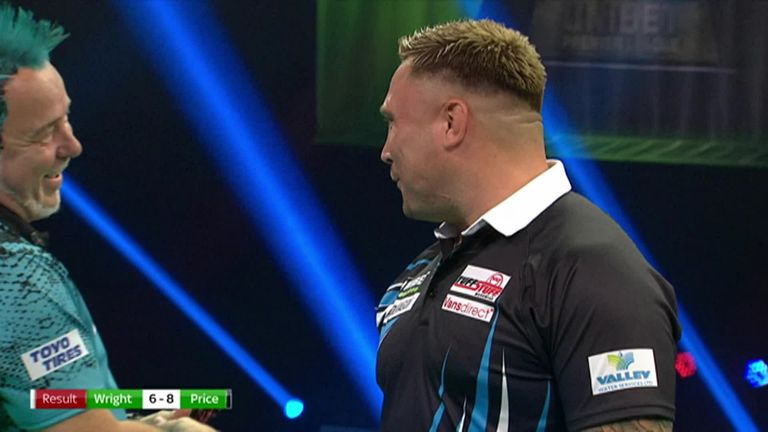 As a two-time Premier League champion, Anderson ought not to have slipped under the radar in this year’s event, but he completed an impressive return to action with an 8-6 victory over Aspinall.

The 2011 and 2015 champion averaged 101 and fired in six maximum 180s on his way to securing second place ahead of Aspinall going into the two-day mini-break.

A blistering Anderson broke to win the opener, followed up with an 11-dart hold of throw, having left 41 after nine darts, and then claimed a third leg on the bounce with an average hitting 115. 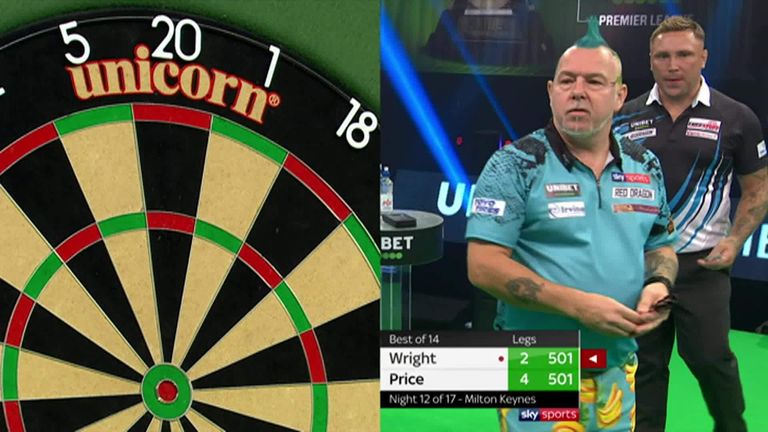 Having lost four of the first five legs to a near-flawless Anderson, Aspinall regrouped and underlined his competitiveness by claiming a scrappy sixth leg in 19 darts and then taking out a superb 108 on his way to hauling himself level at 4-4.