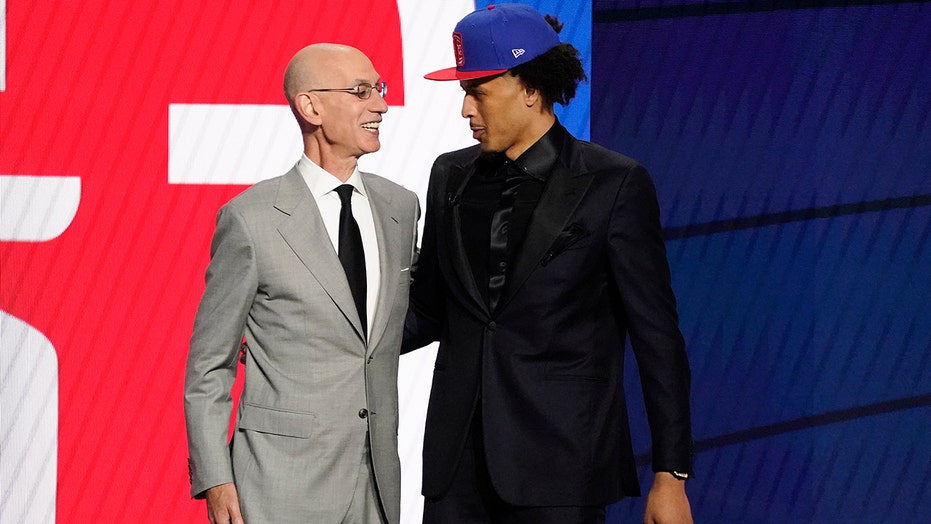 The Detroit Pistons selected Oklahoma State product Cade Cunningham with the first pick in the 2021 NBA Draft on Thursday night. Detroit is hoping that the 6-foot-8, 220-pound star guard will bring relevance back to the franchise.

“Detroit, I’m all the way in. Let’s do it,” Cunningham said after being drafted.

Last season as a freshman at Oklahoma State, Cunningham averaged 20.1 points, 6.2 rebounds, and 3.5 assists to lead the Cowboys to a 21-9 overall record and an 11-7 record in the Big 12. Oklahoma State reached the second round of the NCAA Tournament as a fourth seed but fell to 12th-seeded Oregon State. Cunningham finished with 24 points in the loss.

For his outstanding play, Cunningham was recognized as the Big 12 Player of the Year, as well as a consensus All-American. After his final collegiate game, Cunningham talked about his time at Oklahoma State.

Social media users reacted to the news on Twitter.

“It’s been special,” Cunningham said back in March via ESPN. “I think that’s the best way to describe it. I think the biggest thing is I surrounded myself around great people, more than anything that’s the thing I’m most proud of. That’s the thing, I feel like I’ve grown up the most by being around good people who pushed me to be somebody good on the court and off the court. I’m going to miss it, for sure.”

In two games against national champion Baylor, Cunningham had 49 points on 17-of-35 shooting from the field. Against Wichita State, he drilled a 3-pointer in the final seconds to lift the Cowboys to a victory. Overall, Cunningham shot 40% from 3-point range and 84.6% from the foul line.

Time and time again, Cunningham proved to be the top player in the draft. He will be a key piece on a team that is currently in rebuilding mode.