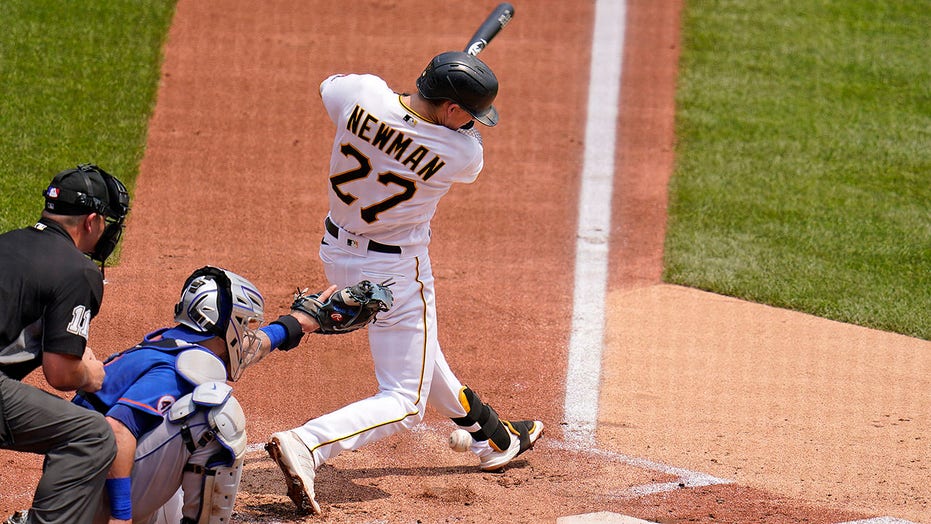 The Pittsburgh Pirates got on the board early against the New York Mets on Sunday in a wild play that resulted in three runs crossing the plate on a 1-foot hit.

Pirates shortstop Kevin Newman was up to bat with the bases loaded against Mets starting pitcher Taijuan Walker. Newman hit a dribbler that started off as a foul ball and rolled back into play. Walker tried to push the ball into foul territory, but the ball was called fair.

Walker’s push caused the ball to fly toward the Pirates’ dugout and while Mets players started to argue that call, the Pirates baserunners headed for home.

John Nogowski, Gregory Polanco and Michael Perez all scored on the crazy play. It was a part of a six-run first inning for the Pirates.

Mets manager Luis Rojas argued the call and bumped into the umpire during the heated moment. He was thrown out of the game immediately.

According to Baseball Savant, Newman’s ball traveled 1 foot and came off the bat at 102.3 mph.

New York came into Sunday’s game on the verge of being swept by the Pirates, who are one of the worst teams in baseball with a 36-56 record.