CHELSEA stunned the footballing world by announcing Petr Cech in their 25-man Premier League squad for 2020-21… but he's actually YOUNGER than Willy Caballero.

The Blues have had a real problem in their goalkeeping ranks in the past season or two. 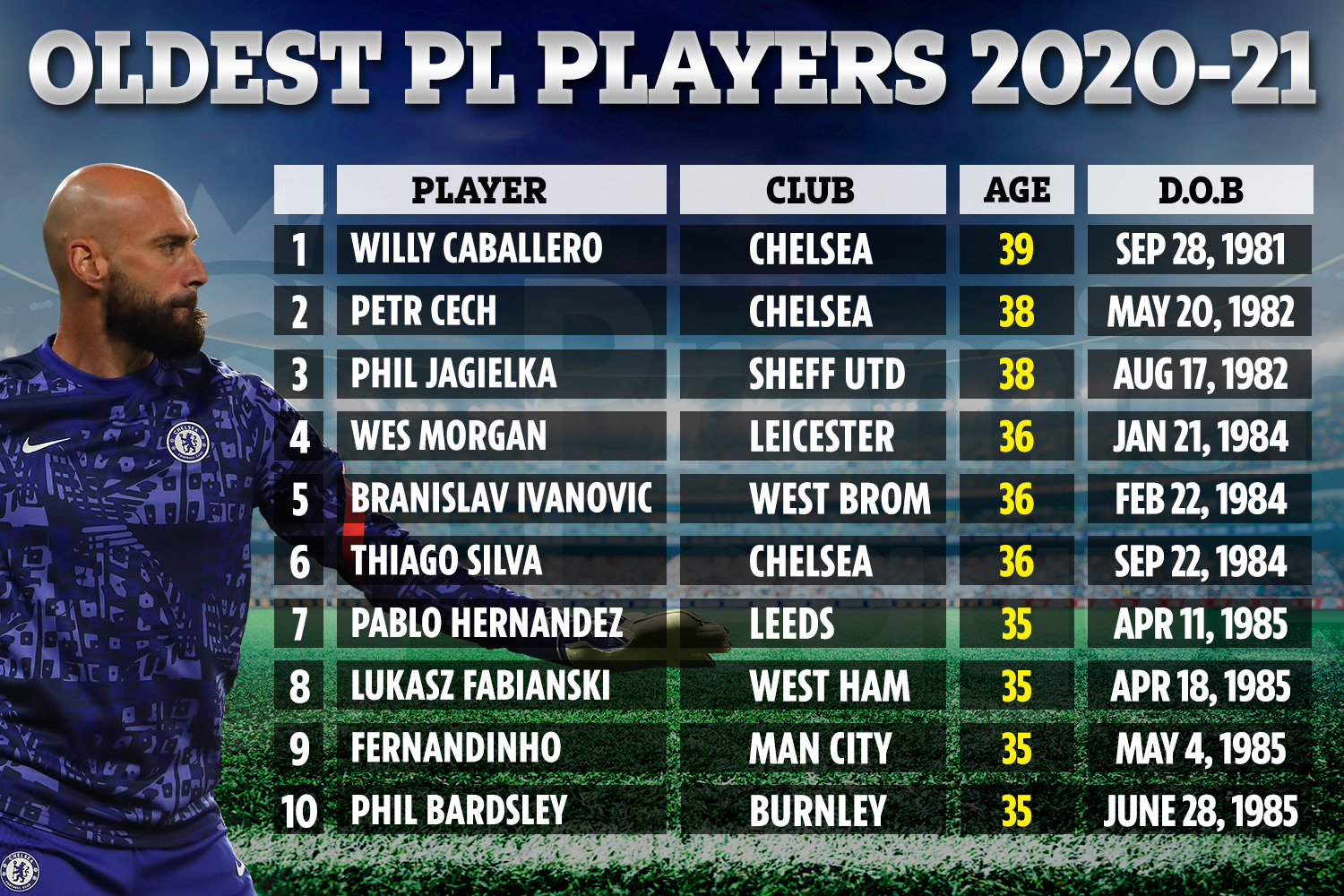 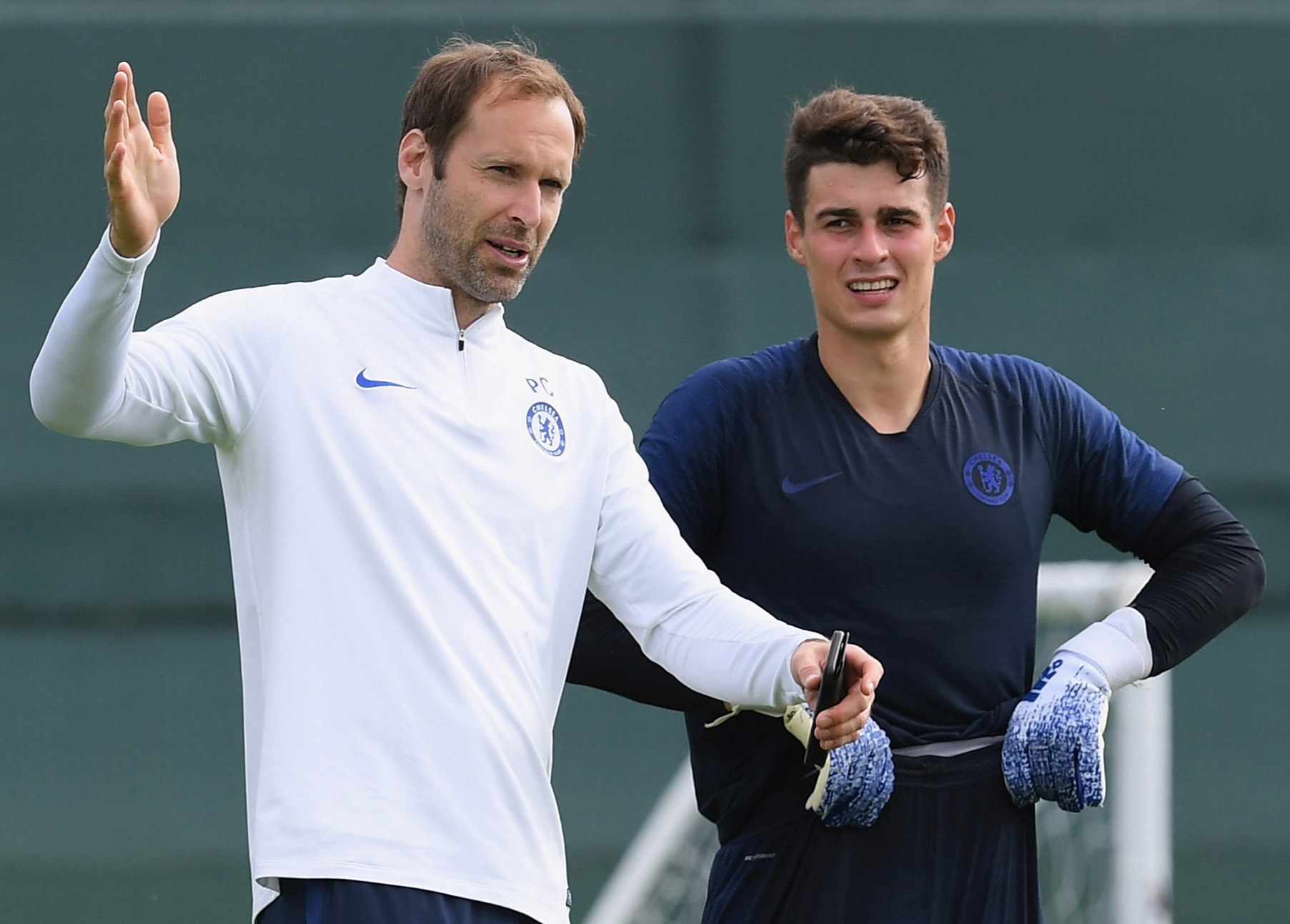 Kepa Arrizabalaga – the most-expensive stopper on the planet at £71.6million – has been in abysmal form and looks set to be axed.

Willy Caballero was his understudy last season – but now Frank Lampard has a new No1 in Edouard Mendy.

Despite that, fearful Frank opted to name Chelsea's technical director Cech in his 25-man group for this season.

Since leaving Stamford Bridge, Cech has turned out for Arsenal – and even enjoyed a stint as an ice hockey player for Guildford Phoenix.

But now he has a genuine chance of playing football again.

At the age of 38, the announcement shocked many fans. 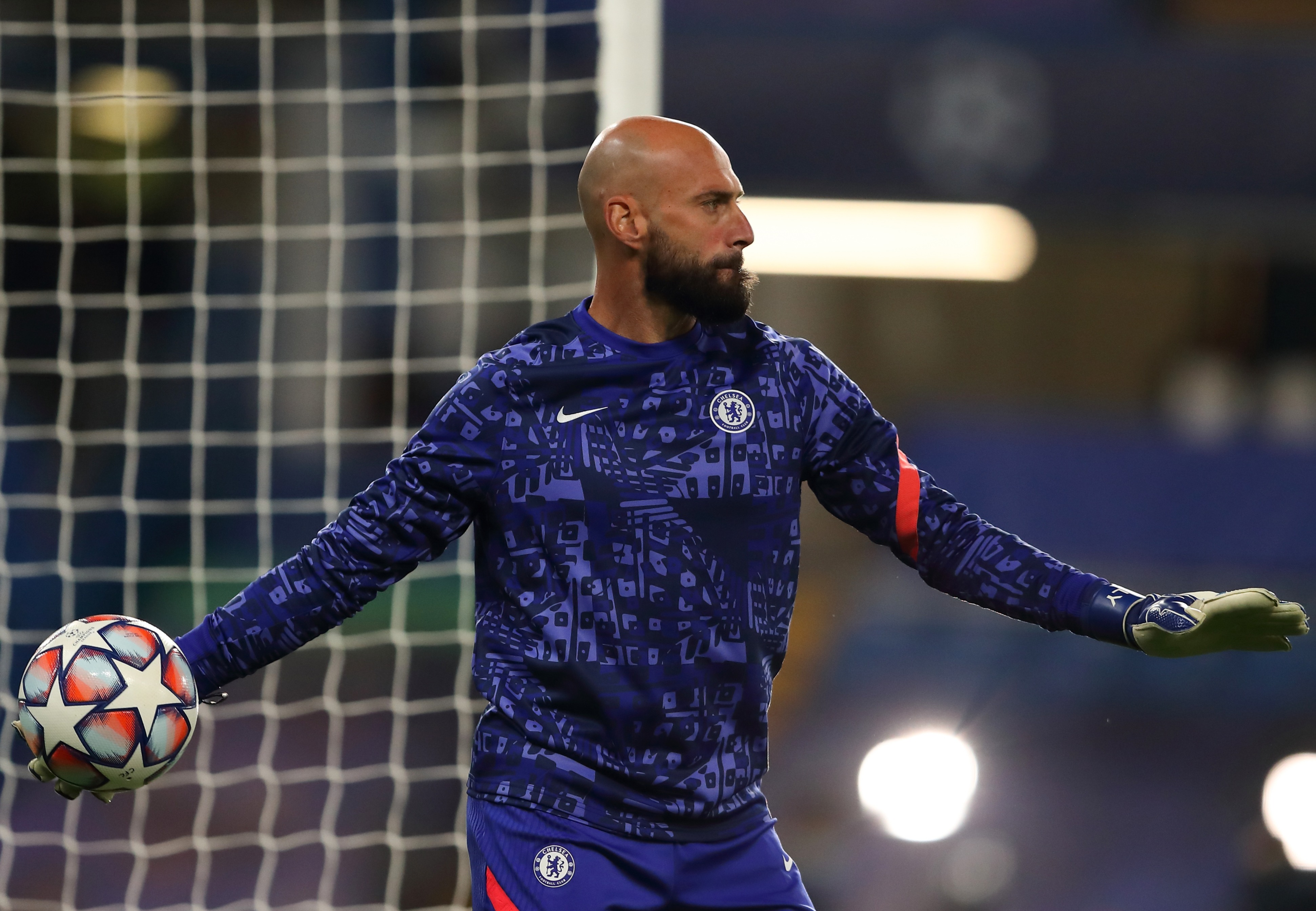 At 39 years old, Caballero – who played in the 3-3 draw with West Brom last month – is the oldest player in the Premier League – with Cech eight months younger.

That means Chelsea have the two oldest players in the top-flight on their books.

And as famous as Lampard has become for his youthful revolution, he has a THIRD player in the top six.

Thiago Silva is the sixth-oldest footballer in the Premier League at a shade over 36 years old. 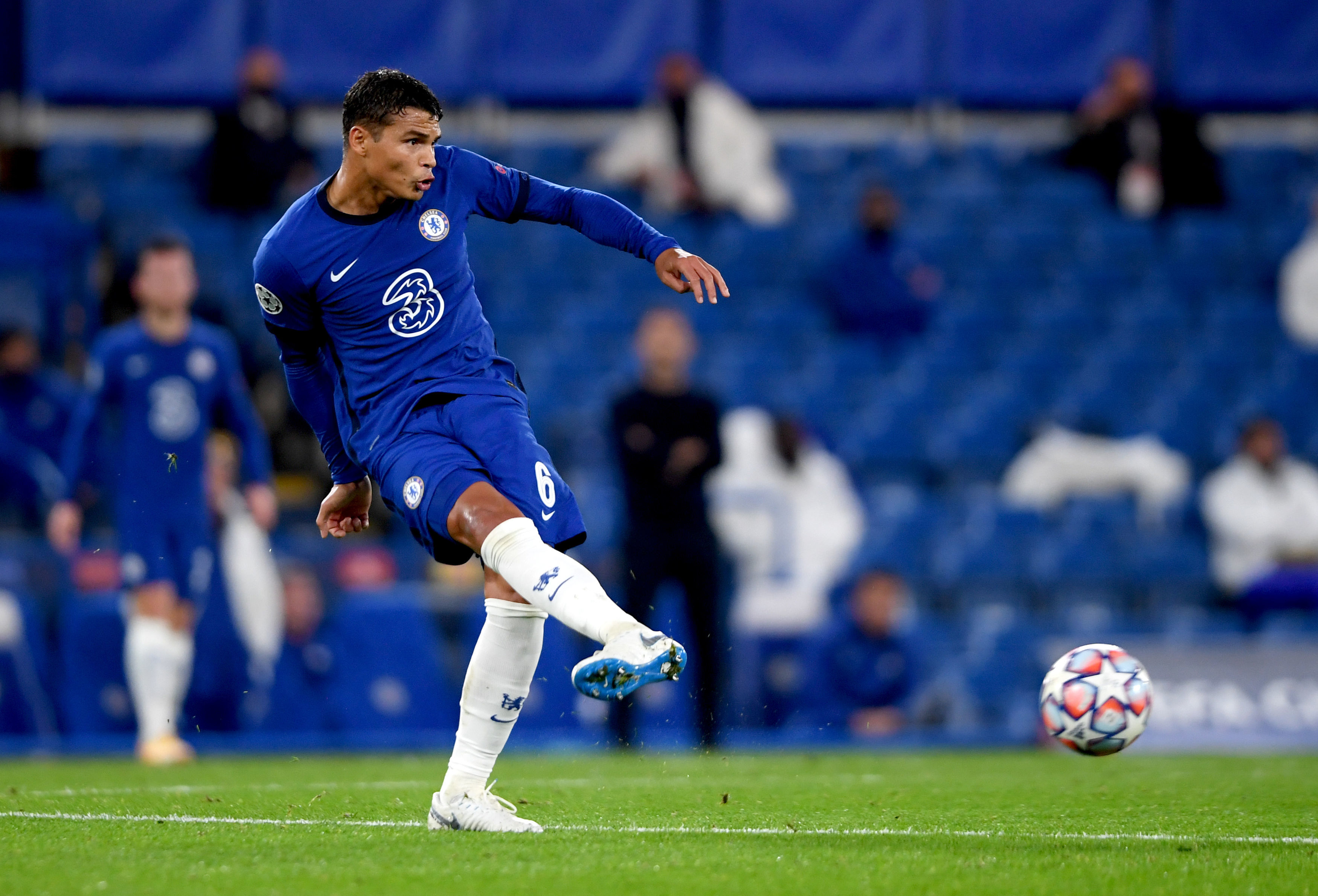 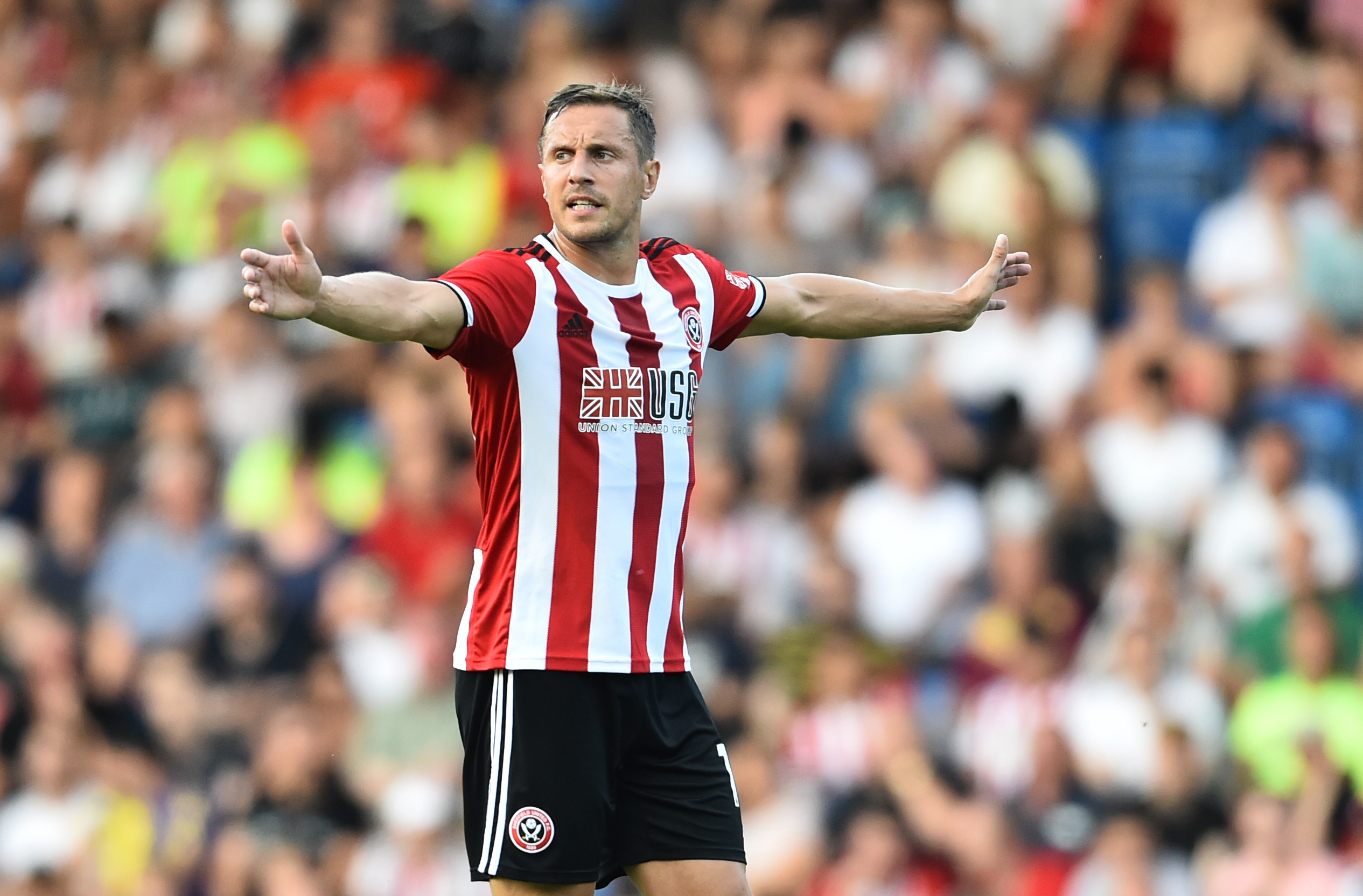 Former Everton defender Jagielka is the oldest outfield player in the Premier League – but is yet to play this season, with just one Carabao Cup game under his belt.

Morgan, meanwhile, is the oldest outfield player to feature in the top-flight this season.

From there, there are a hatful of players aged 35 – with Pablo Hernandez (Leeds), Lukasz Fabianski (West Ham), Fernandinho (Man City) and Phil Bardsley (Burnley) completing the top ten.