PETER CROUCH has revealed what happened when he spotted Brazil legend Ronaldo on the beach in Ibiza.

The two-time World Cup winner was swigging beers alongside a supermodel as he balanced an ashtray on his stomach. 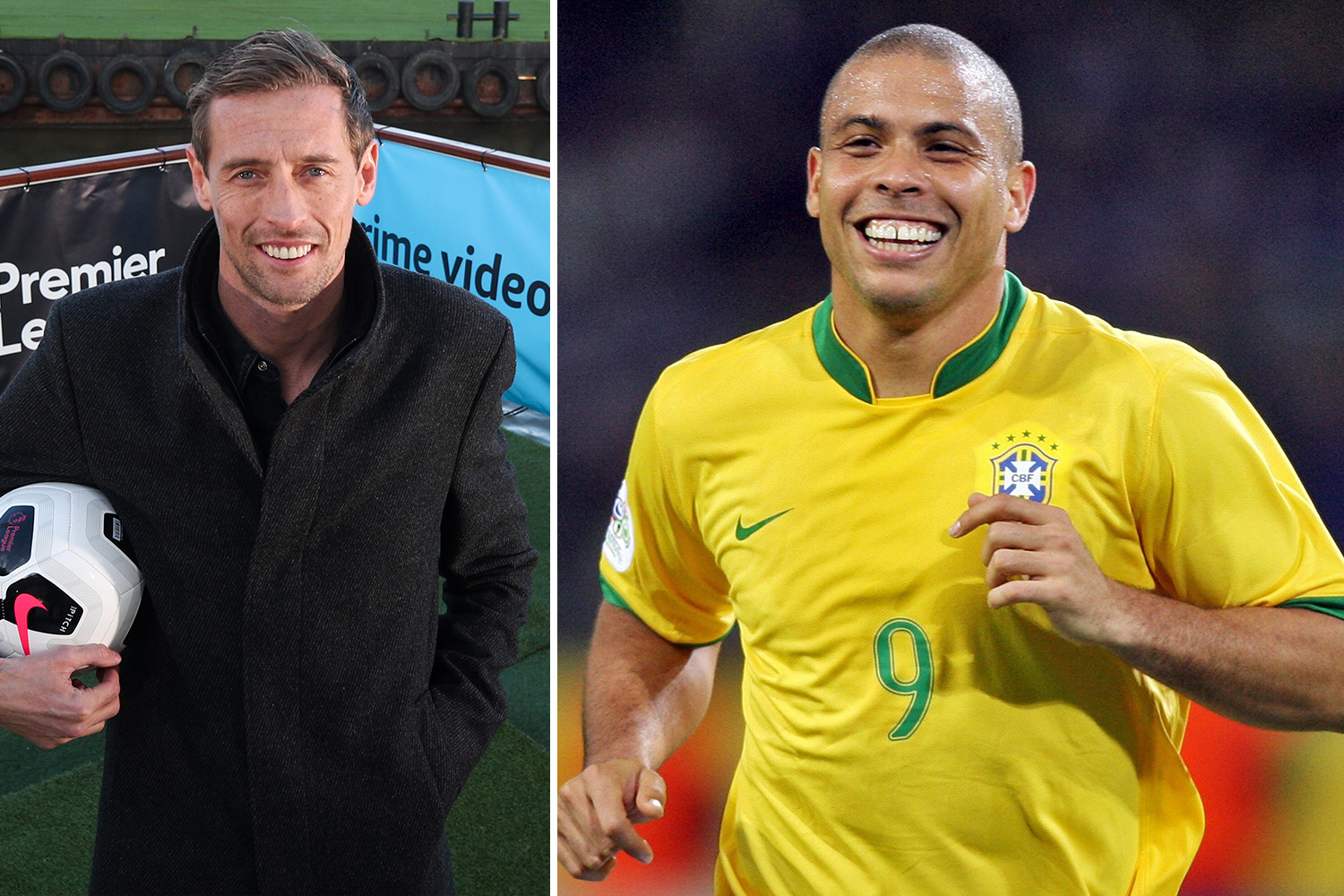 Crouch did not want to miss the chance to take a cheeky selfie with the former Real Madrid star.

The ex-England star even joked that he was shocked that Ronaldo did not recognise him.

Writing in his Daily Mail column, the 6ft 6in striker recalled: "I met him once, actually. I was on holiday in Ibiza and I saw him on the beach.

"He was busy getting through bottles of beer and had an ashtray balanced on his stomach.

"Every time he finished his drink, the supermodel who was with him brought him another.

"The chance to have a picture with him was too good to turn down, so I went over.

"The picture was taken and off I went with him oblivious to the fact I was a footballer."

Even though he did not recognise him, Crouch claimed the former Barcelona man would be his dream team-mate.

When asked who he would most like to play alongside, he said: "That is so difficult.

"Dennis Bergkamp was special and it would have been incredible to play alongside him, but my overwhelming choice would be the original Ronaldo.

Ronaldo hung up his boots in 2011 after playing for PSV, Barcelona, Inter Milan, Madrid and AC Milan.

But the 44-year-old, who scored 62 goals in 98 appearances for Brazil, is clearly enjoying his retirement.