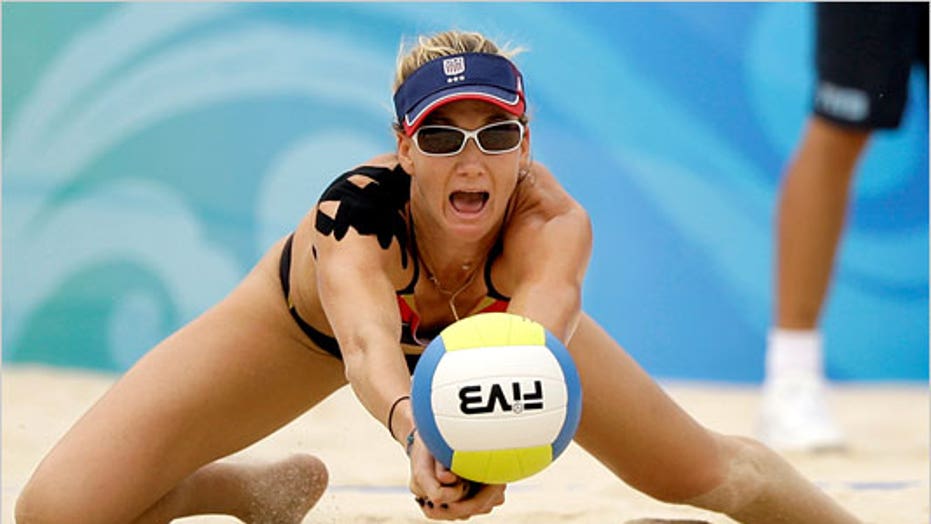 Olympic gold medalist Kerri Walsh Jennings created a stir on social media over the holiday weekend when she wrote she went shopping without a mask on.

She wrote that the quote had her wondering “how I can mindfully & compassionately stand up for my rights & for the freedoms our constitution has granted us all WITHOUT being reckless or putting anyone else in danger.”

“We are all endlessly complaining about the restrictive & arbitrarily selective rules that we are being strongly 'suggested' to follow & yet we are all consenting; Not much of a fight, just a lot of complaining & strongly disagreeing with this manipulation, but we keep consenting. It’s maddening. It has crushed our society, people’s livelihoods, our children’s spirits, & the fabric of our world. We have become a country & a world estranged from each other & it is more deeply unhealthy than any virus could ever be.”

She said she understood that people are getting sick and dying but expressed her belief that the country can re-open and protect those who may be vulnerable to the coronavirus.

“I believe we can protect the vulnerable while opening up society. I am so willing to support the vulnerable. My family has vulnerable humans within it. I have some friends who are vulnerable and I would do anything for any of them,” she wrote.

Walsh Jennings then encouraged her followers to stick to a healthy diet and a positive mindset and to “stop living in fear.”

“Things won’t open up and freedoms won’t come back unless we are willing to push back and stand up for them. I am willing to fight for the freedoms I have been guaranteed by my constitution. I don’t want to fight anyone in the process of this and I’d rather not make anyone uncomfortable or upset. If that happens I pray for understanding and I pray that I have the capacity to handle it with grace,” she wrote.

The 42-year-old California native received backlash online over her post and followed up with another post, saying she appreciated hearing the different viewpoints. She said she researched the topics amid what she called “erroneous data”

She said she wasn’t advocating against masks but for “critical thinking and civility.”

“I was not looking to do anything but express my belief that FREEDOM IS RIGHT WORTH FIGHTING FOR, and amidst the chaos, divisiveness, fear and undeniable emotion of these times, I believe we have to stay mindful of the FACT that our freedoms have slowly been taken from us with our consent. I feel each of the words I mentioned above (fear/chaos/divisiveness) are being intentionally stoked and we are becoming a country that I do not recognize. The comment section of my last post is a reflection of where we are at and it is …. tragic. I’m not quite sure when we became a world where a differing opinion equates to evil and hatred, but here we are,” she wrote.

Walsh Jennings won three gold medals and a bronze medal during her Olympic career. With teammate Misty May-Treanor, they are considered to be one of the greatest volleyball duos of all-time.