OLIVIER GIROUD admits he was left “frustrated” by the arrival of Gonzalo Higuain in January.

The Europa League winner claims Maurizio Sarri’s decision to sign Higuain made him consider his future at Chelsea. 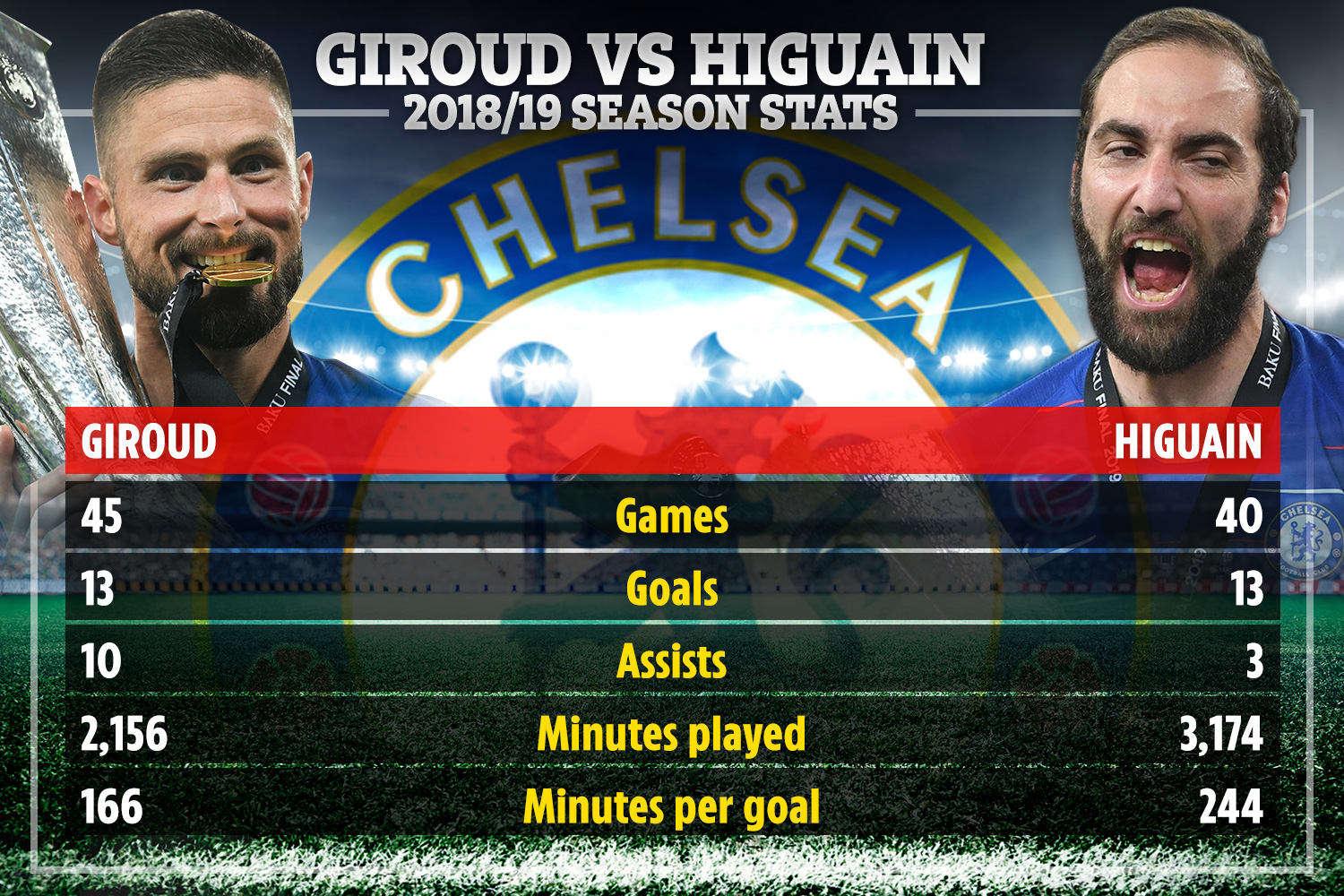 But with a transfer ban looming this summer, 31-year-old Higuain is set to return to Juventus.

And Giroud is ready to lead the line after being handed a contract extension by the Blues board.

Giroud, 32, struggled for first-team opportunities during the start of Sarri’s Stamford Bridge reign.

And the outlook became even bleaker when Higuain linked up with Sarri for a second time to boost the Blues’ Premier League campaign.

However, Higuain scored just seven times for Chelsea as Giroud plundered 13 goals – including 11 in Europe to finish as the competition’s deadliest poacher.

And after initially being irked by Higuain’s arrival, Giroud is now looking forward to more opportunities next season – whether it be under Sarri or a new boss.

Giroud said: “It is true that at one point I went to see Sarri when I did not understand his choices.

“He gave me explanations. What was annoying is in January, when he preferred to recruit an attacker who he knew very well, Higuain, it was not easy for me to reap any benefits.

“But when you bring in a player in January it’s hard to put him back on the bench and disown him.

“I have at least another year in England and the chances are it will be more than a year.

“I do not see myself anywhere other than in Chelsea.

“I did not have a lot of playing time in the league, and it’s not something that pleased me.

“But I tried to be effective every time I played. I did not give up, despite my frustration.

“We’re going to start over for next year with a few changes, I’m happy and I cannot wait to get back.

“I won a title this year. It’s a great pride to continue at a club that wins titles and is expected to challenge for the Premier League.

“I am very happy to continue, whoever the coach is next year.”

Giroud could find himself playing under Max Allegri next season if Sarri goes, with the sacked Juventus boss said to be heading to London for English lessons.