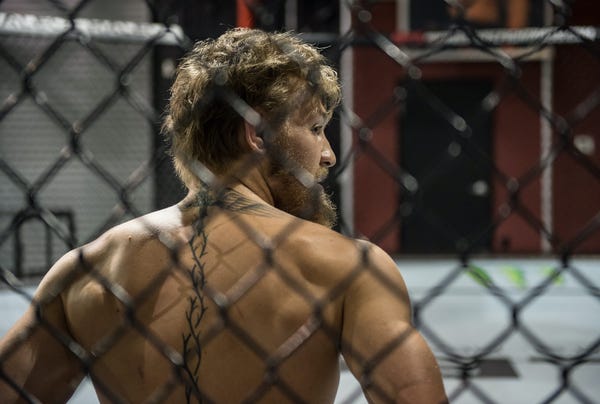 FIGHT ISLAND — Khabib Nurmagomedov has slapped Conor McGregor with another ultimatum, and it shows how much power the Irishman has lost in recent years.

McGregor, 32, is not used to being bossed around but this is the second time in as many weeks that he has been told what to do.

The former two-weight UFC champion wanted to organize a charity exhibition involving Dustin Poirier in Dublin later this year, but those plans were nixed when the UFC got involved and offered a pro bout between the pair instead.

McGregor then demanded to fight in November or December, but UFC president Dana White said the company's end-of-year schedule is set and if he wants to fight, there's a date in January for him which he could take or leave.

"It's a yes or no answer," White said. McGregor ultimately said yes.

That fight, tentatively scheduled for January 23, appears to be all but confirmed pending an official bout agreement.

Almost a week later, McGregor has been given a second ultimatum, this time by Nurmagomedov.

His trainer John Kavanagh recently tweeted that the Poirier fight would take place in the welterweight division.

Nurmagomedov said that if McGregor fought at 170-pounds rather than the lightweight limit of 155-pounds then he can kiss a lucrative lightweight rematch goodbye.

"If he fights 170, bye-bye," Nurmagomedov said on the Real Quick With Mike Swick Podcast.

McGregor wants to fight Nurmagomedov again having lost to the Dagestan sambo specialist via fourth round submission in 2018.

White has also publicly expressed an eagerness to get a second fight between the rivals organized.

Not long after McGregor had defeated Donald Cerrone in January, White told a room-filled with the world's fight media that a Nurmagomedov bout should be next.

Much has happened between then and now, including a pandemic and the emergence of Justin Gaethje, who fights Nurmagomedov on Saturday in the UFC's Fight Island finale in Abu Dhabi.

If McGregor wants to use Poirier as a springboard to a rematch then he has to take the fight at the lightweight limit of 155-pounds, Nurmagomedov insists.

"If you want to take the easy way, you never deserve the next title shot."

Nurmagomedov added: "Remember, before I fought him, I told him, 'I'm going to make you humble, and I'm going to put you in line.

"Now, after two years, people understand my word. I'm going to put him in line, and I'm going to make the decision. If he fights 170, bye-bye."

McGregor has lost the power he once had

McGregor was once so powerful when it came to the business of combat sports, that he was able to speak his 2017 fight against Floyd Mayweather into existence, and then convince some people that he actually had a chance of winning.

The striker was stopped on his feet in the 10th round by an old boxing master, but earned a career-high payday of $100 million, according to Forbes.

The Irishman then returned to the UFC's Octagon in 2018 and headed straight into a title fight against Nurmagomedov, but was beaten convincingly.

McGregor didn't fight again until earlier this year, annihilating Cerrone — a fighter who had lost twice in a row before his UFC 246 date in Las Vegas.

"[McGregor is] losing his clout," Gaethje told ESPN earlier this year. "I don't mean with the general public, but with fighters."

Gaethje was speaking shortly after giving one of the combat performances of the year when he bludgeoned Tony Ferguson en route to a fifth round stoppage in the UFC's first pandemic-era card in May.

The victory earned him the momentum Ferguson had previously built having enjoyed a 12-fight and eight-year winning streak.

He won the interim lightweight title, forcing a unification bout with Nurmagomedov.

"I put myself in a great position. I asked for a say in my destiny, and I showed up. Now I can pick between Khabib and Conor right now.

"If I wanted to fight Conor right now, I could. Believe me. Why wouldn't Dana White put that together? But that's not the fight I want.

"I have nothing to say to him. You don't get to fight me next, unless there are crazy circumstances, where Khabib cannot fight. Then we'll fight. That's the only way. Other than that, you don't get a say.

"Dana White laughed whenever they told him Conor said he was fighting me. He said, 'No, Gaethje is fighting Khabib.'

"You're still worth all the money in the game, that's true. But you're losing clout when it comes to inside the game."

To get back to the highest echelons of world mixed martial arts, McGregor has little choice but to do what Nurmagomedov says.