This excerpt is from the book “Singled Out: The True Story of Glenn Burke,” which will be published by Philomel Books on March 2. Burke, a promising prospect for the Los Angeles Dodgers in the 1970s, was gay and dealt with discrimination throughout his career. He died of AIDS complications in 1995.

LATE AT NIGHT, as Lutha Davis sat at the end of the bed and rubbed her brother’s feet, Glenn Burke would often begin softly singing a song that provided comfort in the midst of debilitating pain.

Lutha had arranged one of her children’s bedrooms as Glenn’s final hideaway. He spent day and night lying in a small twin bed, clutching at thin sheets printed with red-and-blue toy cars. Amber bottles of pills covered a small bedside table. Even when the weather was warm, Glenn turned up the heat and zipped a winter coat snugly over his shirt and long pajama pants. Still, he’d shiver with chills, drifting in and out of sleep as he watched cartoons and football.

Glenn’s feet had swollen to three times their normal size, and the muscles that had once made him the envy of professional baseball play­ers and an object of desire in the Castro had withered away to noth­ing. He could barely get out of bed; sometimes he had to crawl on the floor just to get to the bathroom. Other times Lutha changed his diaper when he couldn’t muster the strength to get up.

Lutha tried to bring joy to her brother’s life, cooking three pots of gumbo for his birthday and inviting dozens of friends to visit. A group of softball players and other gay friends from the Castro arrived one day, each carrying covered dishes for a potluck dinner. After a few national sportswriters discovered Glenn was dying of AIDS and wrote about what had become of the man who invented the high-five and had been the first Major League baseball player to come out as gay, letters began arriving in Lutha’s mailbox and at the Oakland Coliseum. There were letters from parents who praised Glenn’s kindness to their kids, letters from adults who had met Glenn as children, and letters from gay men who admired his sacrifices as a pioneer. He’d read the letters and weep. “They make me feel like I was sent to this earth to make certain people happier,” he said. He was proud to have busted ste­reotypes, proving that a gay man could play major league baseball. “No one can say I didn’t make it,” he said. “I played in the World Series. I’m in the book, and they can’t take that away from me. Not ever.”

Lutha went to heroic lengths to bring her brother comfort. She’d wake up in darkness each morning and leave the house by five thirty a.m., taking the bus across town to her job at the swanky Claremont Hotel, where she cooked food for well-to-do guests. She’d work straight through her breaks so she could leave the hotel early, catching a bus home around four p.m. to make dinner for Glenn and her kids. Then after din­ner, she’d sit up late with Glenn, laughing, talking, listening to music, dressing his wounds, sharing oatmeal and peanut butter, and sitting beside him as he slept, typically not going to bed until after midnight.

One night, Lutha was awakened by the sound of Glenn screaming out in agony. “I said, ‘Glenn, you’re going to wake the neighbors,’” Lutha recalled. “But he just hollered and hollered. He was sitting straight up in the bed, wild-eyed. I asked him what was the matter, but he said he didn’t know. It was heartbreaking.”

Even in the midst of terrible pain, Glenn retained his sense of humor and a love for Lutha’s soul food. One night she was in the kitchen mak­ing dinner when she heard sirens in front of her house.

Next, there was a knock at the door.

Glenn shouted from behind her. “Yeah, I’m right here!”

Unbeknownst to Lutha, Glenn had crawled out of bed and dragged himself to the living room to place a call for an ambulance.

As the medics prepared to take him out on a stretcher, Glenn smelled Lutha’s cooking and called out to his sister.

“Give me some of those pigs’ feet! It’s going to be a long time before they feed me at the hospital.”

Lutha ran back to the kitchen, took the food out of the pot, and wrapped it up for her brother.

“They put him on a stretcher and he’s carrying his pigs’ feet,” she said. “I just stood there and had to laugh.”

Lutha went to bed that night and was awakened by another knock at the door around three a.m.

She opened the door and there on her porch were the ambulance driver, Glenn, and a stretcher.

“I’m baaaaaack!” he shouted with a smile. 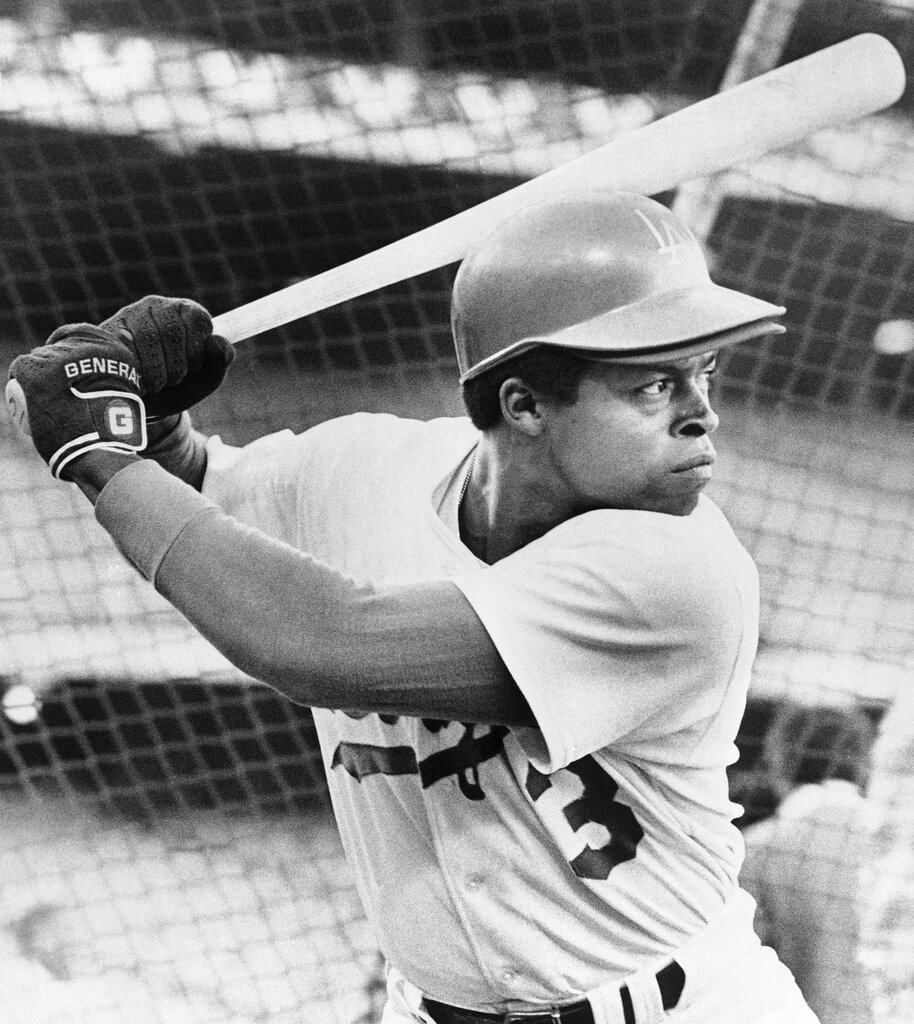 ‘I played in the World Series. I’m in the book, and they can’t take that away from me. Not ever.’

IN APRIL 1995, players and owners resolved their issues and the M.L.B. sea­son got off to a belated start. Burke clung to life. With a balanced diet the least of his concerns, he feasted on junk food. “Leave that ice cream for me,” he half-seriously berated one of his nephews. “I’m the one who’s dying.” Lutha admin­istered greater doses of painkillers; Burke gave a few more interviews. He wished for peace — for himself and for humanity. “I don’t have any strength,” he told a writer from Philadelphia. “I get tired of life. I pray a lot. I’m lonesome a lot of the time. I think about all sorts of things. I think about people being violent, mostly. I hate that. I hate that more than anything.”

Roger Brigham, a San Francisco sportswriter, sat with Glenn and was overcome by the senselessness of it all. “It just seemed like such a tragic combination of events in his life where he could not have the strength of freely being who he was,” Brigham recalled. “If ever anybody paid a price for his sexuality and prejudice against it, it was Glenn Burke. God knows how he could have flourished as a pro athlete if he had been given a grain of support.” When former minor league teammate Larry Corrigan paid a visit, the conversation turned to bas­ketball. Corrigan asked Burke to name the five greatest players of all time. “Magic, Jordan, Kareem, Larry Bird, and me!” Glenn replied, his sense of humor intact until the end. If he had one regret in life, he told Corrigan and others, it was not pursuing a basketball career.

And there were those who didn’t come to visit, friends and family members who, like many others in the country, were afraid to be in the presence of someone with AIDS. “I was squeamish about it,” Glenn’s old playground pal Jon Nikcevich said decades later. “So I didn’t go see him. That was one of the worst deeds of my life. Oh, if I could go back. You don’t have that many friends who are always there for you. He always had my back.”

When Lutha came home from work one evening in late May, a nurse who had been attending to Glenn told her she didn’t want to go home that night; Glenn’s readings were low, and she thought he might be about to die. That was troubling news for Lutha, not only because her brother’s death sounded imminent, but also because she had to go to work in the morning. If Glenn didn’t pass away until the next day, Lutha didn’t want her young children to be home without their mother when it happened.

In the morning, she called an AIDS hospice program at the Fairmont Hospital in San Leandro, just south of Oakland. But when a medic arrived to pick up Glenn, he didn’t show up in a nice van or ambulance, but in an open-bed truck. Lutha and Glenn’s nurse were mortified. Lutha recalled sending the truck away and asking for an ambulance instead. Already late for work, Lutha caught a bus to the Claremont. “I’m just trying to hold on to my job,” she said. “I’m the only one my kids have.”

After work, she hurried back to the hospital, where Glenn seemed to be feeling a little better, well enough that his appetite had returned. He requested some of Lutha’s specialties, and she stayed up until one a.m. fixing ribs, collard greens, potato salad, and sweet potato pie.

“And he ate like a champ,” Lutha recalled. “Every time he sat up the next day, he was eating. I told myself there was no way he was going to die after eating this food.” 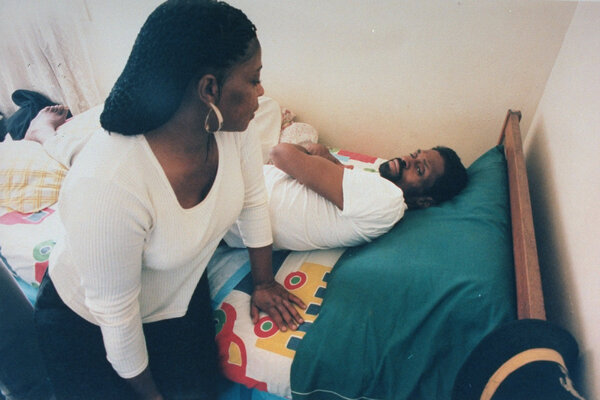 The eclectic, standing-room-only crowd included childhood bud­dies, teammates from Berkeley High School and the minor leagues, men from the Castro dressed in colorful drag. Glenn’s siblings surrounded his open casket and sang a jaw-dropping a cappella rendition of “He Ain’t Heavy, He’s My Brother,” then high-fived one another before returning to their seats.

Father Richard Purcell delivered a eulogy praising the grace Burke displayed even in dire straits, his empathy for others, and his unwilling­ness to deny who he was to make intolerant people comfortable.

“He died in truth,” he said. “He told the truth. He didn’t live a lie, and I believe the truth sets people free.”

Nearly two decades after Glenn’s death, on July 14, 2014, Lutha Davis attended a news conference at Target Field, home of the Minnesota Twins. The occasion was the Major League Baseball All-Star Game, and baseball officials had invited her and her daughter Alice Rose to help MLB officially recognize Glenn’s pioneering role for the first time.

Lutha appreciated the gesture. Late as it was, it was not too late. Glenn, she said, would be proud. But as much as the reconciliation meant for her family, she understood the moment would only have true transformational power if “other little boys” in the future had the chance to live out their Major League dreams without fear of reprisal if they were gay. Inspiring a new generation of gay athletes would be one of two important measures of Burke’s legacy.

As for Glenn Burke’s other lasting contribution to the world, his invention of the high five?

One of his lifelong friends, Abdul-Jalil al-Hakim, said we’re chan­neling Burke’s spirit anytime we stop and appreciate the rare moments of exhilaration in our lives and in the lives of those around us.

“He was a joyous, gregarious person. He could high-five you with­out necessarily going through the motion with his hands,” al-Hakim said. “The high five liberated everybody. It gave you permission to enjoy your high points.”

On April 1, 2017, baseball fans gathered at the White Horse Inn, just a few blocks north of Oakland’s Bushrod Park where Glenn played as a kid. Patrons at the bar munched on popcorn, hot dogs, peanuts, and nachos, entered a raffle for A’s tickets, and danced to music spun by a DJ.

Forty years earlier, when Glenn Burke took note of the Yankee Stadium monuments as a rookie playing in the 1977 World Series, he wondered aloud if someone might build a tribute to him one day.

It turned out they would. The White Horse was the oldest gay bar in the Bay Area, established in 1933. And on this spring day in 2017, people gathered there to celebrate Glenn’s addition to the Rainbow Honor Walk, a series of bronze panels, embedded in sidewalks travers­ing the Castro District, recognizing some of the most significant les­bian, gay, bisexual, and transgender figures in history.

In announcing the newest honoree, Honor Walk co-founder David Perry told the crowd at the White Horse that gay heroes and heroines can be found all around us.

Even, he said, at home plate.