No. 4 Notre Dame dug deep late in Saturday night’s game against No. 1 Clemson, forced overtime and pulled out a narrow victory in a thrilling contest.

Ian Book’s 53-yard pass to Avery Davis late in the fourth quarter set up a touchdown pass to tie up the game on the same drive. The Fighting Irish then got two rushing touchdowns from Kyren Williams in both overtime frames and got a big defensive stop to seal the victory.

MARYLAND GETS FIRST WIN AGAINST PENN STATE IN 5 YEARS, 35-19

Book finished 22-for-39 with 310 passing yards and a single touchdown pass – the most important one. 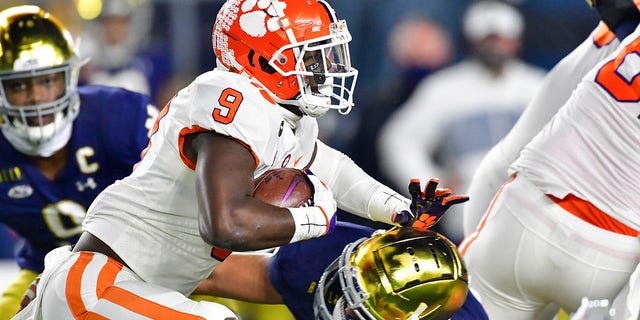 Williams had 140 rushing yards and three touchdowns, including a 57-yard touchdown to start the night and put Notre Dame up seven points early.

Even in the middle of a pandemic, the small Notre Dame crowd stormed the field after the win.

It wasn’t for lack of trying to the No. 1-ranked team in the nation.

D.J. Uiagalelei had a great game as he was forced to start in place of Trevor Lawrence again. 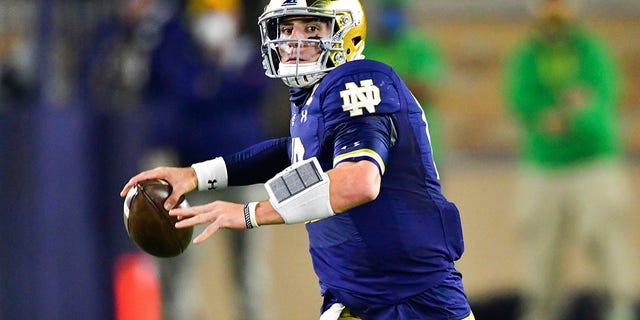 Uiagalelei also ran into some trouble in double overtime. He was sacked twice on the drive and threw an incomplete pass, which helped Notre Dame pick up the victory.

Notre Dame’s defense held Etienne to 28 yards on 18 carries. He had one touchdown.

Clemson had two receivers to go over 100 yards. Cornell Powell had six catches for 161 yards and a touchdown. Amari Rodgers had eight catches for 134 yards. Davis Allen had the other touchdown catch.

According to ESPN, Clemson’s loss to Notre Dame broke four streaks. The Tigers had 39 consecutive regular-season wins, 28 straight wins against ACC opponents, 25 straight wins in conference play and 14 consecutive road wins – all of which were broken. Notre Dame is in the ACC this season. 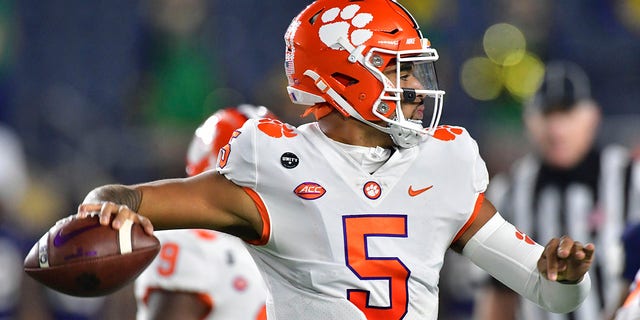