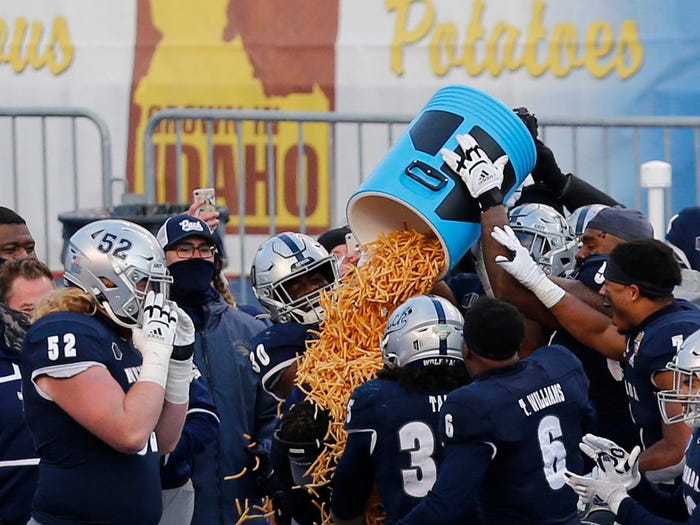 The Nevada Wolf Pack may have just received the single most unconventional penalty in college football history.

But the Wolf Pack made the mistake of dousing Norvell in fried, salty, greasy goodness before the game clock expired, and fries spilled out onto the blue turf at Albertsons Stadium. So with 17 seconds left to play, referees hit Nevada with a 15-yard unsportsmanlike conduct penalty for the premature celebration.

Though the game was clearly out of reach, the Green Wave used the penalty to their advantage. Tulane running back Cameron Caroll caught the Wolf Pack off guard and scored on a 65-yard run with seven seconds left in the contest.

Still, Nevada walked away with the commanding 38-27 victory and the not-so-flashy Idaho Potato Bowl trophy: a literal bowl of Idaho potatoes.