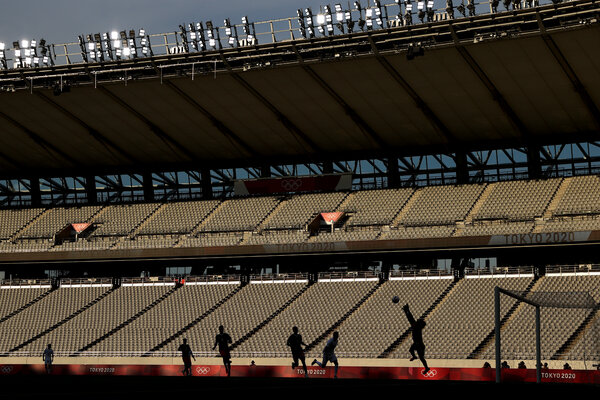 One of them, André-Pierre Gignac, scored on a penalty kick in the 69th minute after Randal Kolo Muani was scythed down in the Mexican box.

Gignac, a 35-year-old striker who has played more than 200 matches since 2015 for the Mexican club Tigres, is playing in the Olympics as one of France’s three overage players. On Thursday, he was a brooding, vocal but poorly supplied presence, chatting with the Mexico players in Spanish, challenging his teammates in French and, at one point, excoriating the Australian referee for a perceived injustice in English.

“This will be a special game for me because my sons are Mexican so I’m excited about it,” he had told reporters this week. In the end, it was one he probably would like to forget quickly; his team can still advance with better performances against South Africa and host Japan in its next two group games.

Mexico’s thumping of France, a country known for its strong youth teams, was not Thursday’s only surprise: Spain, which had called in a handful of players from the senior team that advanced to the European Championship semifinals only two few weeks ago, was held to a scoreless tie by a defensive-minded Egypt in Sapporo.