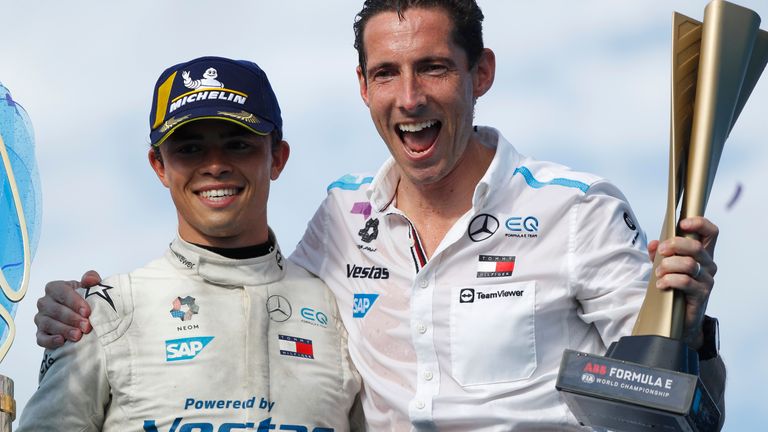 Nyck De Vries and Mercedes claimed the driver and team Formula E titles following a dramatic final race of the season on Sunday, as the Silver Arrows continued their remarkable motorsport march with more history.

Formula E’s seventh season was the first given full world championship status by the governing FIA.

An incredible 18 drivers came into the season-deciding Berlin E-Prix with a chance of lifting the title but in the end it was De Vries, a former Formula 2 champion and one of Mercedes current F1 reserves, who triumphed.

De Vries finished eighth in the weekend’s second race but saw his rivals crash out to end the season with a seven-point buffer to Venturi’s Eduardo Mortara, who retired at the start when he smashed into the back of Mitch Evans’s barely moving Jaguar.

Other main championship contender, Britain’s Red Bull F1 development driver Jake Dennis, also crashed out after the restart in his BMW i Andretti.

Norman Nato eventually won the race ahead of Nissan’s Oliver Rowland, with Stoffel Vandoorne third to clinch the title for Mercedes, who finished with 181 points to Jaguar’s 177. 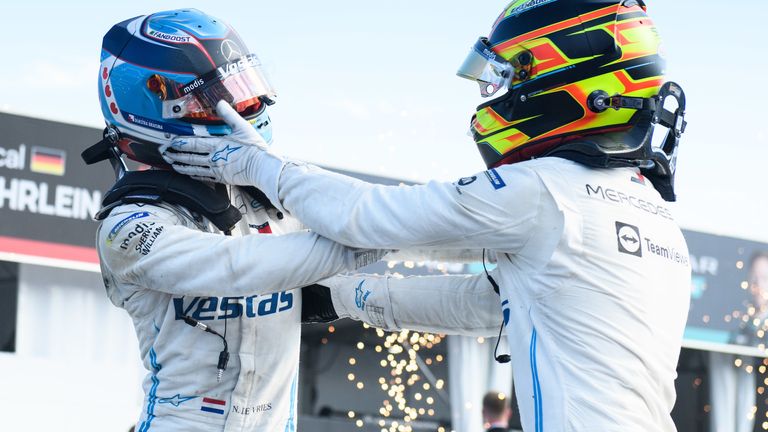 “What an end to this season,” said Toto Wolff, Mercedes’ head of motorsport and renowned F1 boss. “The highs, lows, ups and downs have been a given this season, and the final race of the season wasn’t an exception.

“What we saw today was a reflection of how the season has been unfolding; not straightforward, always unexpected, but with hard work always rewarded in the end.

“Congratulations to the team, all the men and women in the UK and Germany who’ve made this possible. This is their win.” 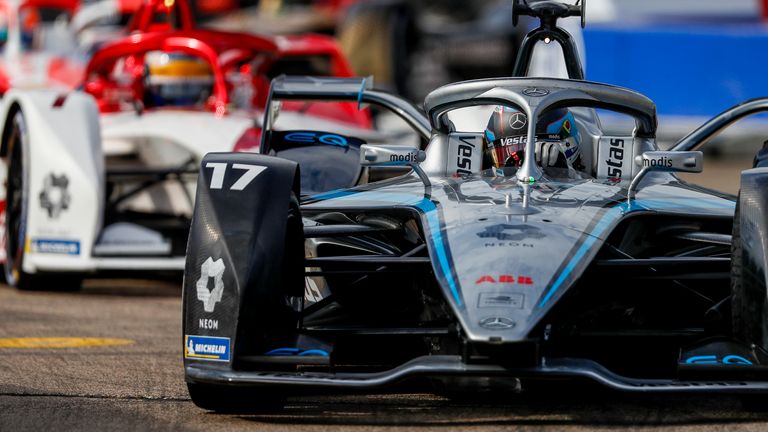 The success was also momentous for De Vries, the highly-rated young Dutch driver who has been touted as an F1 option for 2022.

“I’m lost for words,” he admitted. “I mean, it’s been such a tough season with highs and lows, and in the end, it came down to the last race, and I am just so pleased that it was enough for me to win the title.

“I’m glad everyone is okay after the incident at the start. We drove an incredible race, had very good pace and I’m very happy for the team that we not only won the drivers’ World Championship but also the teams’ title.

“The team has worked insanely hard this season, and this is the reward we deserve. Towards the end, I felt like I had a target on my back. I was being attacked from left, right, front and rear, so when I knew it would be enough for the championship, I brought it home. What a race!”