MARCUS Rashford today took his mum to watch him receive an MBE from Prince William for his heroic school meals campaign.

The England striker, 24, was pictured gleaming with mum Melanie ahead of the ceremony at Windsor Castle, hosted by the Duke of Cambridge. 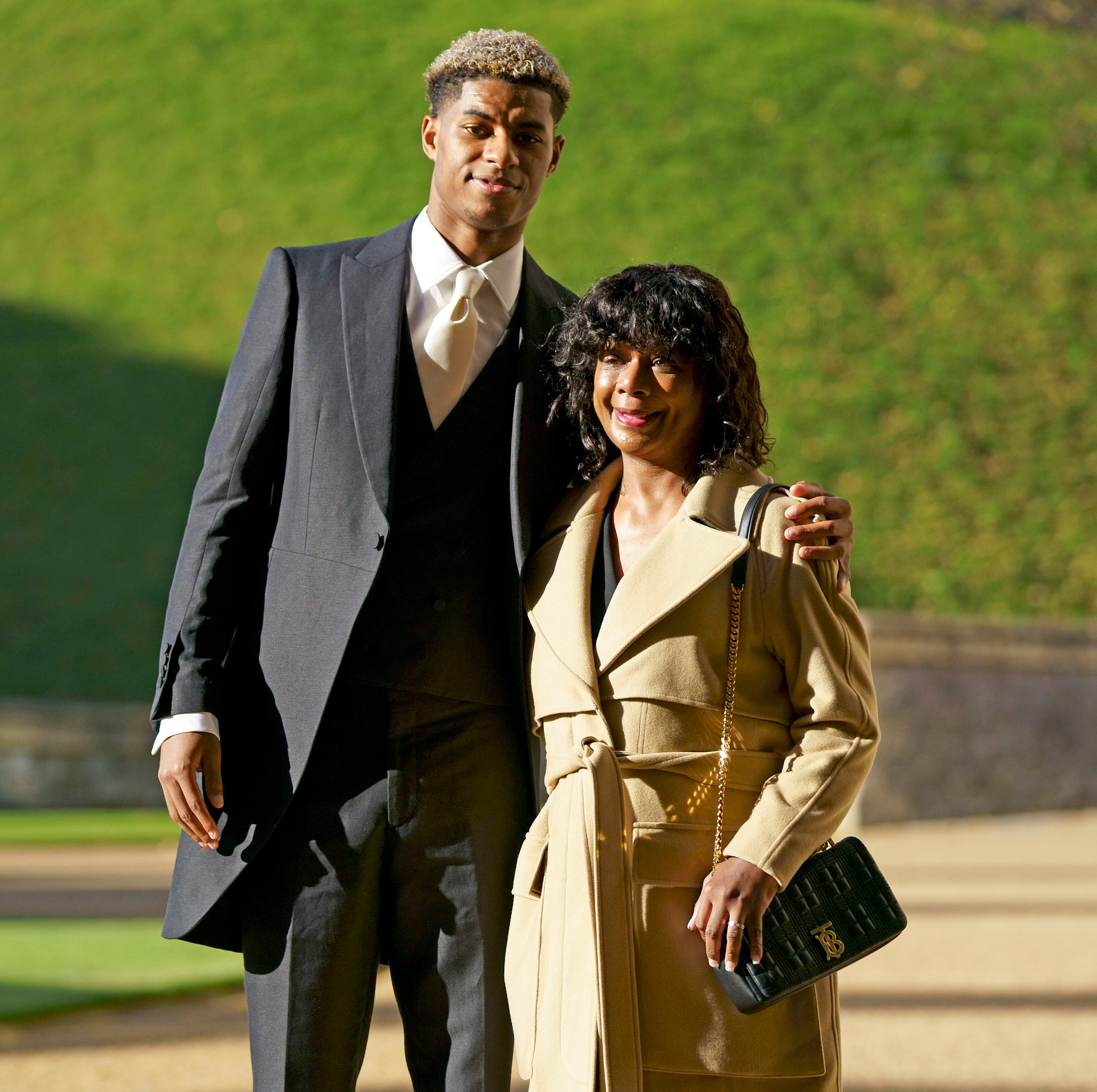 Rashford is being recognised for his campaign which helped feed 1.3million of Britain's poorest kids over the summer holidays.

It resulted in the Government changing policy over its free school meals vouchers during lockdown and made Rashford a hero of the nation.

The striker previously said he was “honoured and humbled” to be awarded the recognition — and dedicated it to mum Melanie.

He said of the news last year: “As a young black man from Wythenshawe, never did I think I would be accepting an MBE, never mind an MBE at the age of 22.

"This is a very special moment for myself and my family, but particularly my mum who is the real deserving recipient of the honour."

But he added the fight to protect our most vulnerable children is "far from over".

The England forward has since gone on to form a child food poverty taskforce, which has linked up with some of the UK's biggest supermarkets and food brands.

He has also been named Person of the Year for getting poorer kids reading.

Today marks the first investiture William has hosted since the pandemic began.

He also made actress Dame Sheila Hancock a dame commander for services to drama and charity.

She has been part of British cultural life since the 1960s with roles on the stage, screen and television.