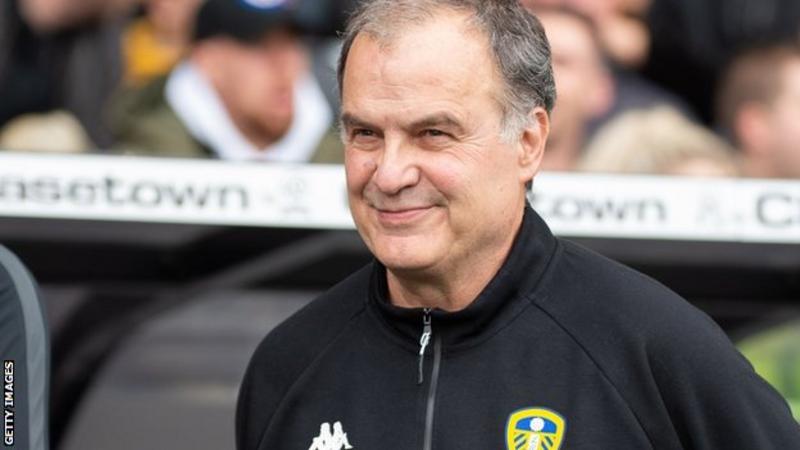 Marcelo Bielsa will stay on as Leeds United head coach next season.

After discussions, the Argentine and the Championship club have decided to exercise the second-year option in the contract he signed in June 2018.

The 63-year-old led Leeds to a third-placed finish in 2018-19, but they lost to Derby in the play-off semi-finals.

Chairman Andrea Radrizzani said Bielsa had “unfinished business” with Leeds, who have not played in the Premier League since 2004.

“We were close and next season we will work harder to achieve our goal. I am delighted that Marcelo has agreed to stay on for another year,” the Italian said.

After their dramatic 4-3 aggregate defeat by the Rams, Bielsa said he would “listen to the club’s proposal” before deciding whether to remain in West Yorkshire.

He will become the first head coach to manage Leeds in successive seasons since Brian McDermott in 2012-13 and 2013-14.

The former Argentina and Chile coach took over a Leeds side that had finished 13th in the Championship in 2017-18.

They made a terrific start to the season, with their high energy and high pressing catching teams out, including an opening day 3-1 win over Stoke and a 4-1 win at Derby later in August as Bielsa immediately endeared himself to Leeds’ fans.

Prior to their second meeting with the Rams in January, a member of Leeds staff was seen watching Derby train from outside their training ground. Bielsa ultimately said it was a practice he put in place for all of their opponents and the club was fined £200,000 by the EFL, a fee he later revealed he paid personally.

The Whites spent the majority of the season in the top two in the Championship and went into the Easter period three points clear of third-placed Sheffield United.

However, they slipped to defeats by Wigan and Brentford and a draw with Aston Villa, after Bielsa had ordered his team allow the visitors to score an uncontested equaliser after Leeds had scored when Villa had expected the ball to be played out for an injury, confirmed the Blades’ promotion with a game to spare.

Despite going into the play-offs out of form, they put in an assured performance to win 1-0 at Pride Park in the first leg of their play-off semi-final and took the lead in the return game.

However, the Rams battled back to win 4-2 at Elland Road and progress 4-3 on aggregate.

Bielsa will now look to improve on their third-placed finish to secure the club’s return to the Premier League after a 15-year absence.