LIVERPOOL are reportedly looking at Christoph Baumgartner and ready to rival a bid from Manchester United.

The Austrian midfielder is on Premier League radars after impressing during their Euros campaign. 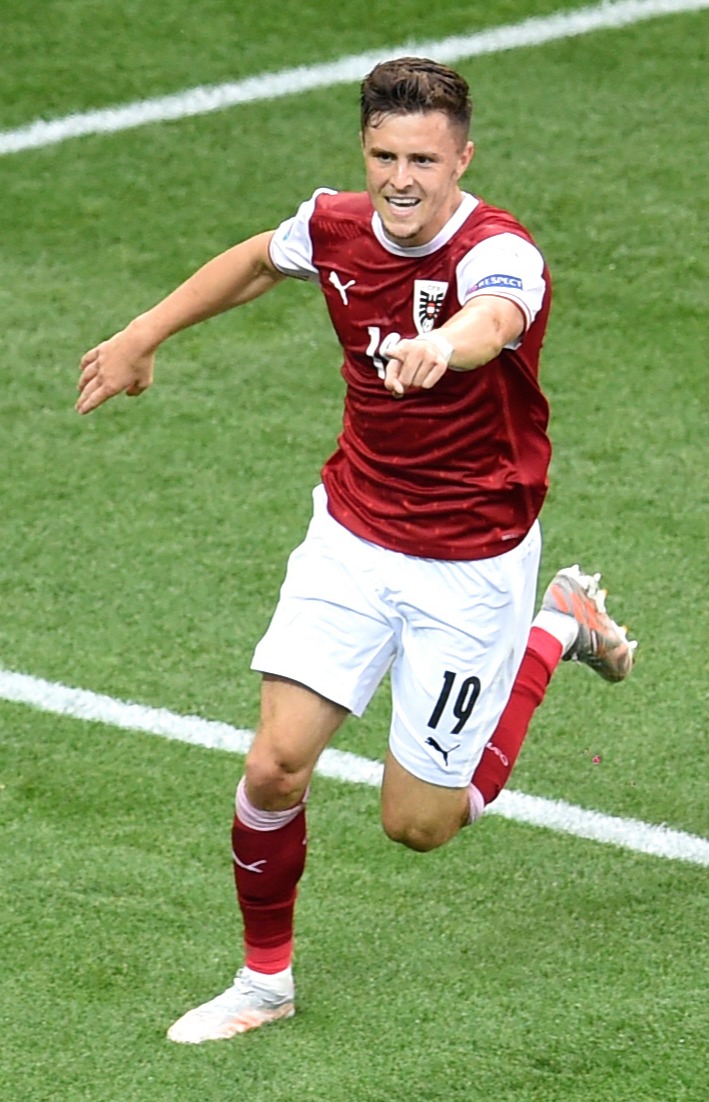 Baumgartner, 21, has been at Hoffenheim since 2017 and turned heads in the Bundesliga.

SunSport understands that United have been tracking Baumgartner closely with a view to bringing him to Old Trafford to bolster their attacking options.

And reports say that Liverpool are also keen on the 21-year-old midfielder.

Kicker in Germany say that the Reds have 'dealt with' Baumgartner in the past and he'd be ready for a Prem switch.

He would be a potential replacement for Georginio Wijnaldum – who left the club on a free to join PSG.

The Reds have already signed defender Ibrahima Konate from the Bundesliga in a £30m deal from Leipzig.

With Hoffenheim’s history of getting good value for money – such as £29m for Roberto Firmino and £40m for Joelinton – Old Trafford chiefs will be expecting tough negotiations.

Baumgartner joined Hoffenheim as a 16-year-old in the summer of 2017, and was given his league debut by former coach Julian Nagelsmann.

Since signing his first senior deal with Hoffenheim in January 2019, he hit the ground running with seven goals in 26 league appearances in his first full season.