DESPERATE fans forked out £10,000 for a Champions League Final ticket on Saturday night.

A meagre allocation of 32,000 split between Liverpool and Spurs sparked a frenzied hunt among the estimated 100,000 supporters in Madrid. 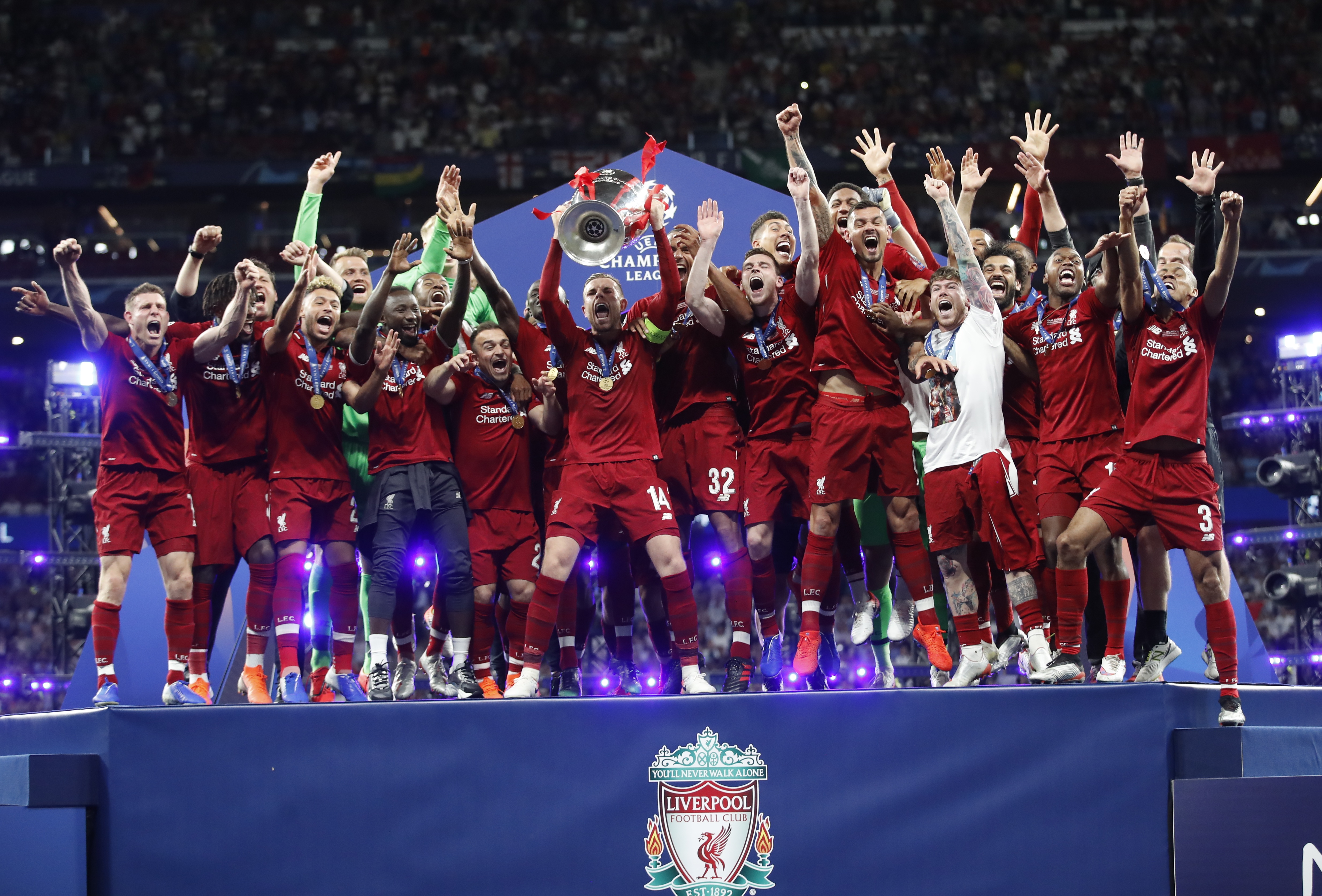 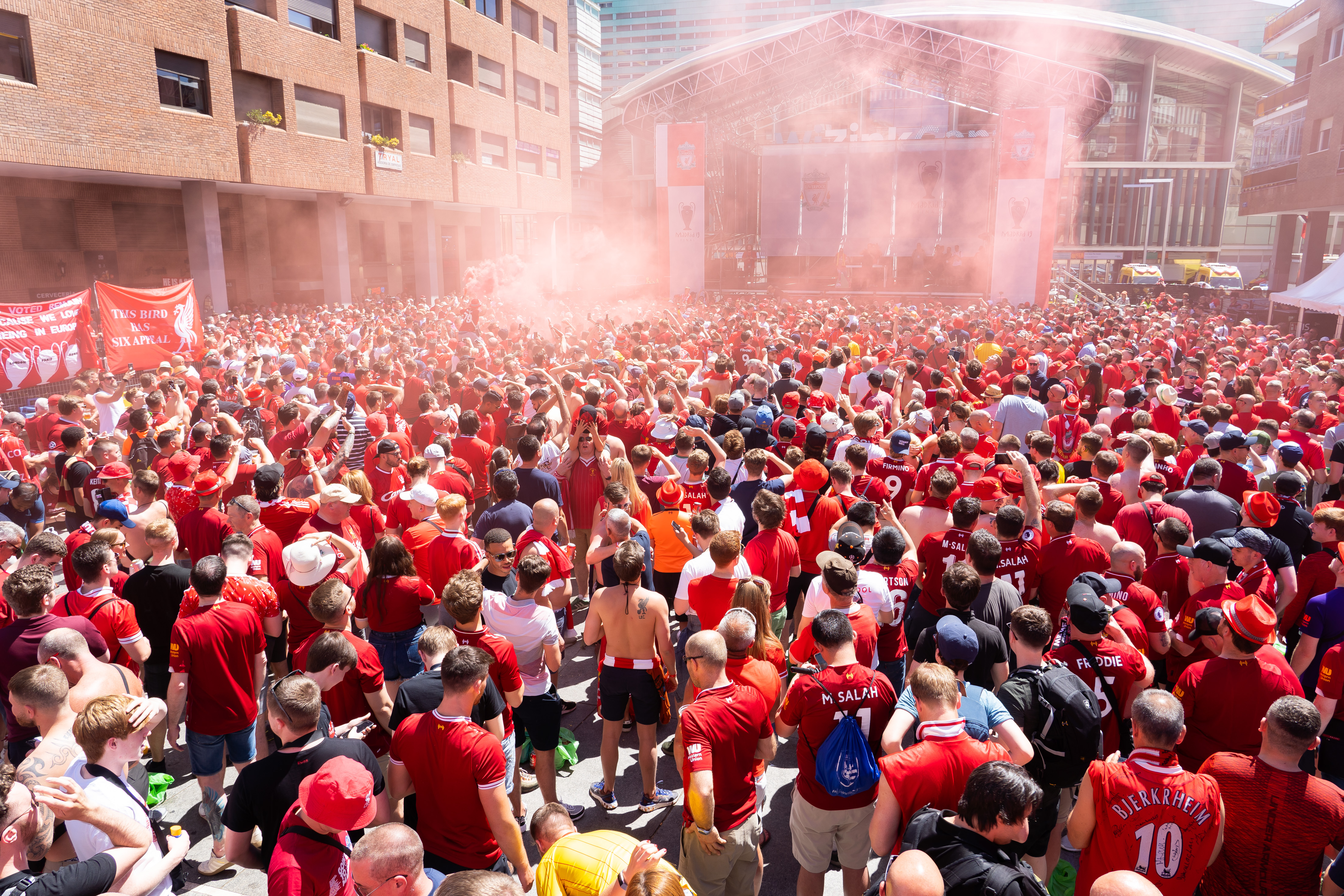 One Liverpool fanatic decided to sell his prized ticket for £10,000 and told mates: “I’ll take the kids to Florida.”

Spurs had eight shots on target after the break but Liverpool, led by skipper Jordan Henderson, sealed the game on 88 minutes when sub Divock Origi slotted home.

Travelling fans were warned about scammers as desperation grew closer to kick-off. 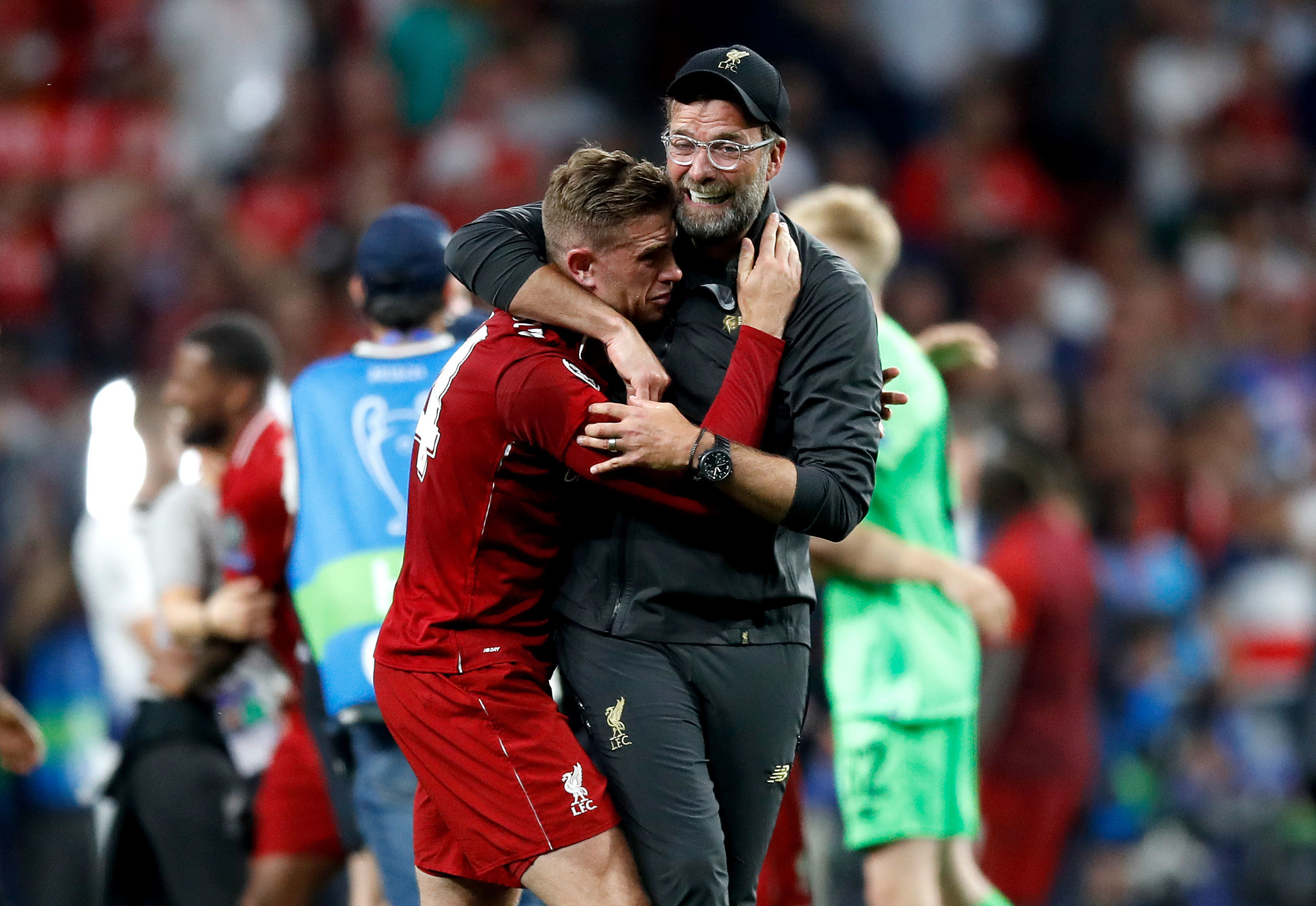 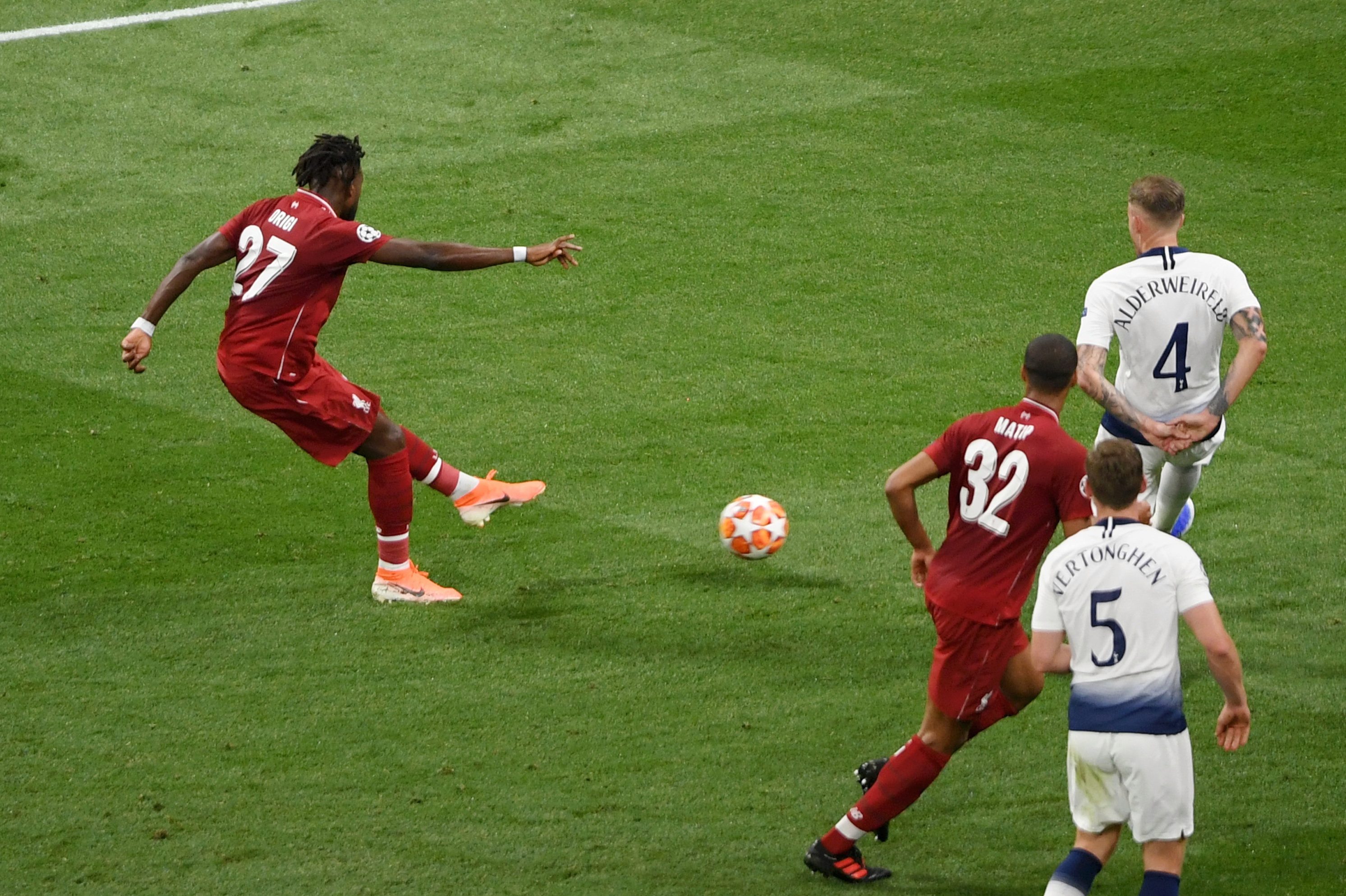 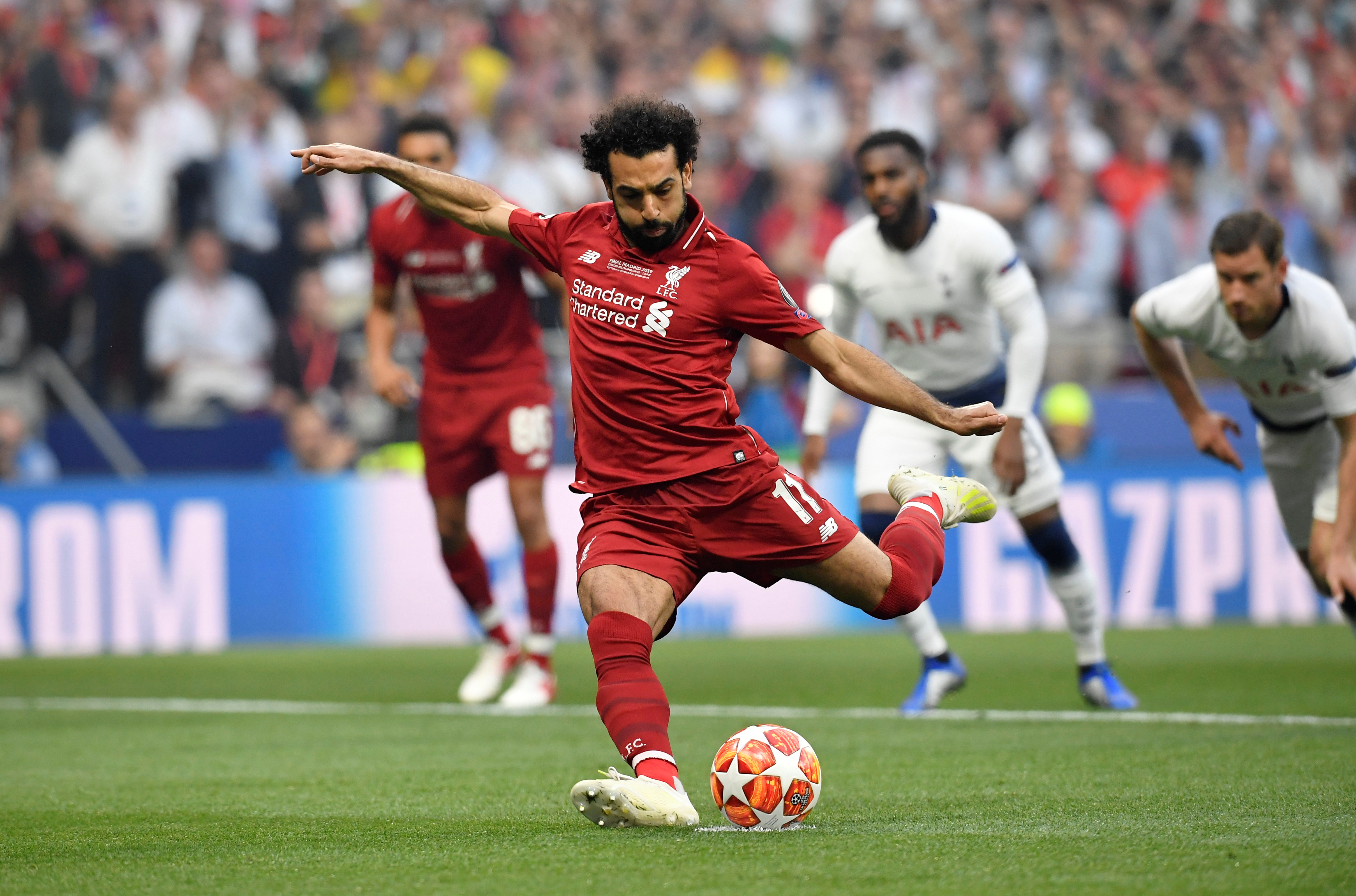 Tottenham-supporting Apprentice chief Lord Sugar was also inside the 68,000-capacity Wanda Metropolitano stadium. Supporters started boozing 12 hours before kick-off in the Spanish capital yesterday, where temperatures inside the stadium hit 90F (32C). Tens of thousands had ignored police advice and travelled without tickets. Touts were demanding £15,000 for £50 seats, with VIP corporate seats also going online for £20,000.

Pubs across the UK were also heaving on our hottest day of the year as the Premier League giants met. The final sparked into life within 22 seconds, with Spurs conceding a controversial penalty thanks to Moussa Sissoko’s handball.

Mo Salah scored but the only highlight of the rest of the half was a female pitch invader. 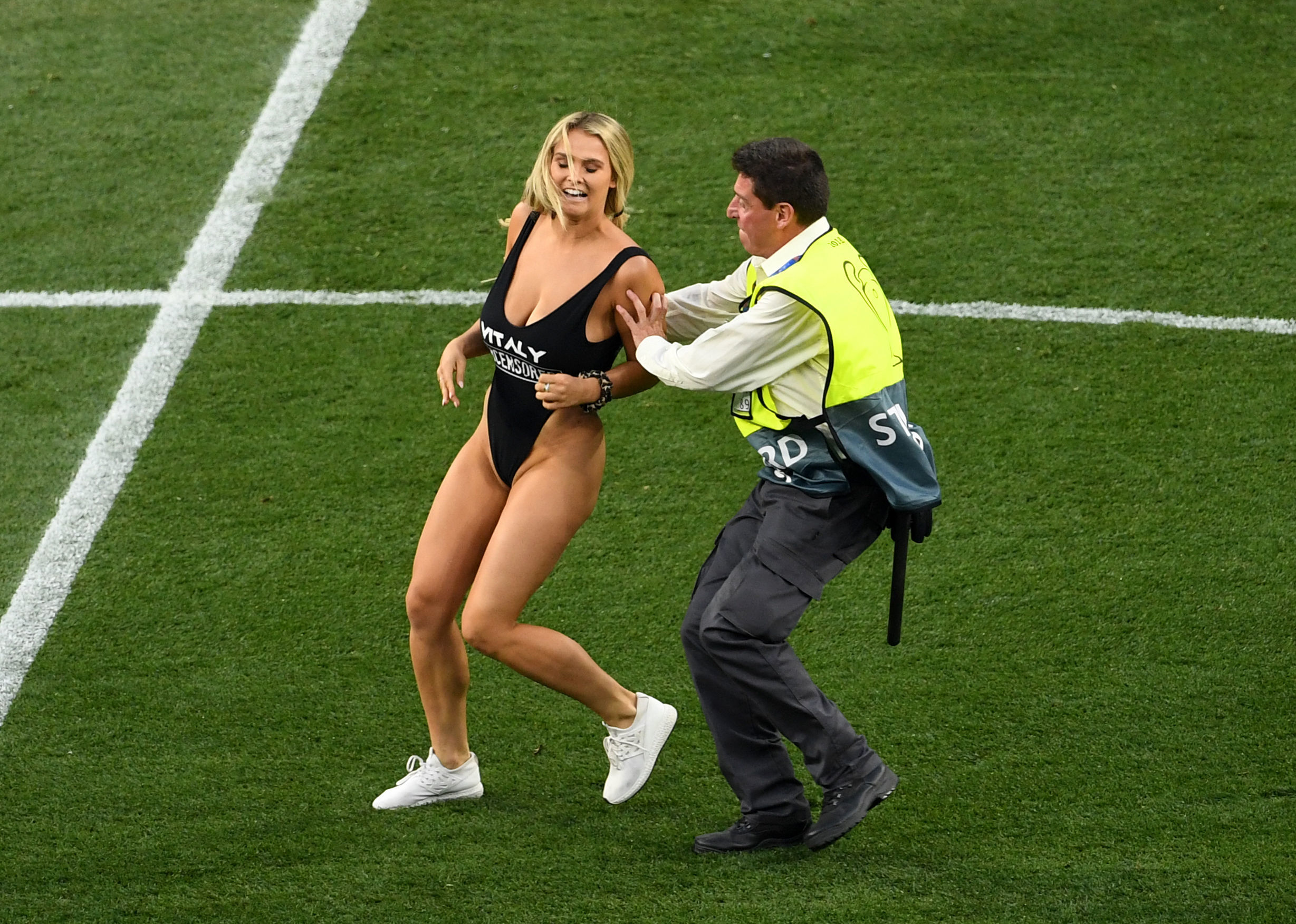 Police arrested a 32-year-old woman from Venezuela after she conned two men into buying a pair of fake tickets for £1,246.

Criminals also donned stewards’ bibs and asked supporters to show them their match tickets in a bid to rob them. 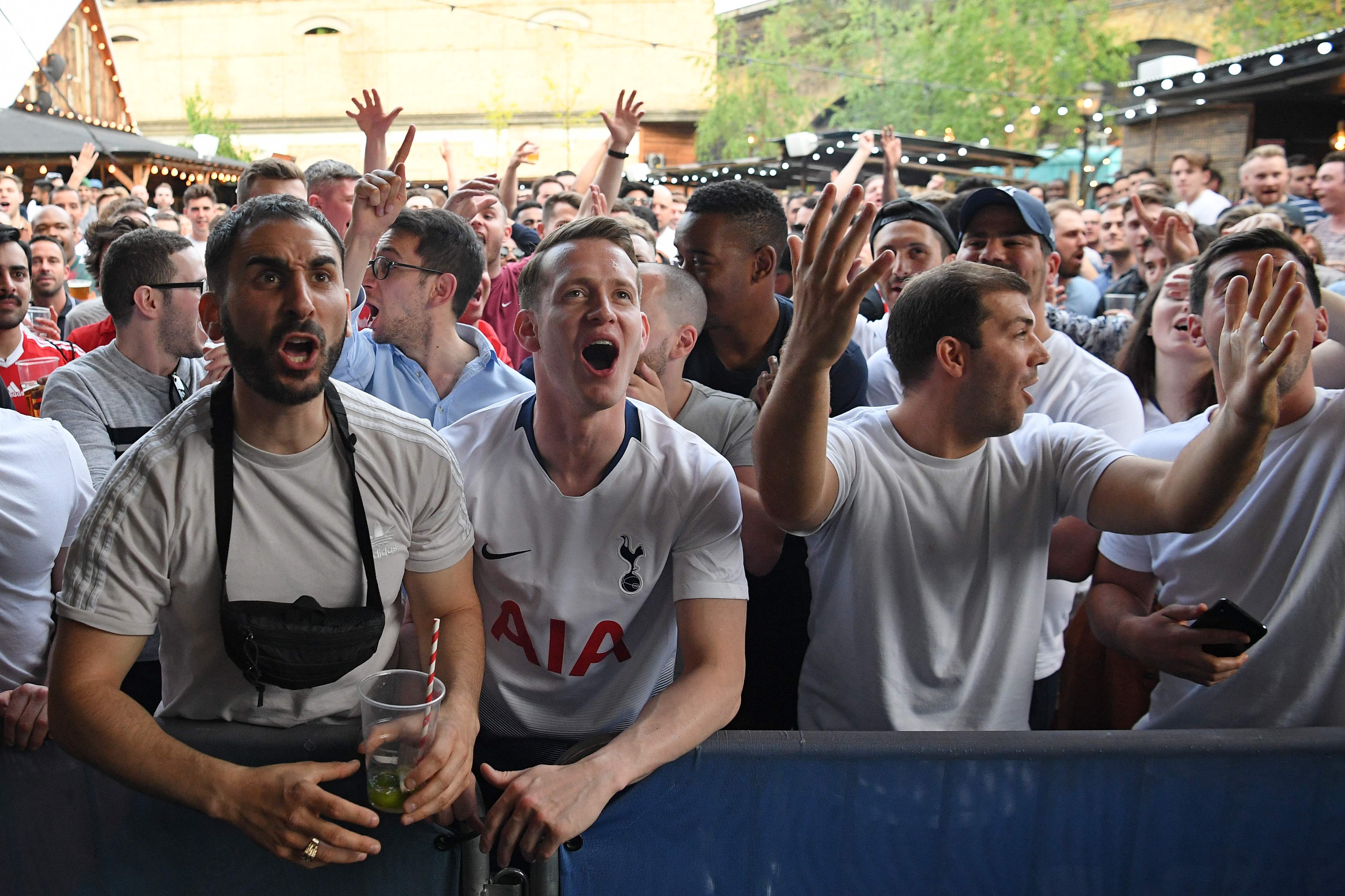 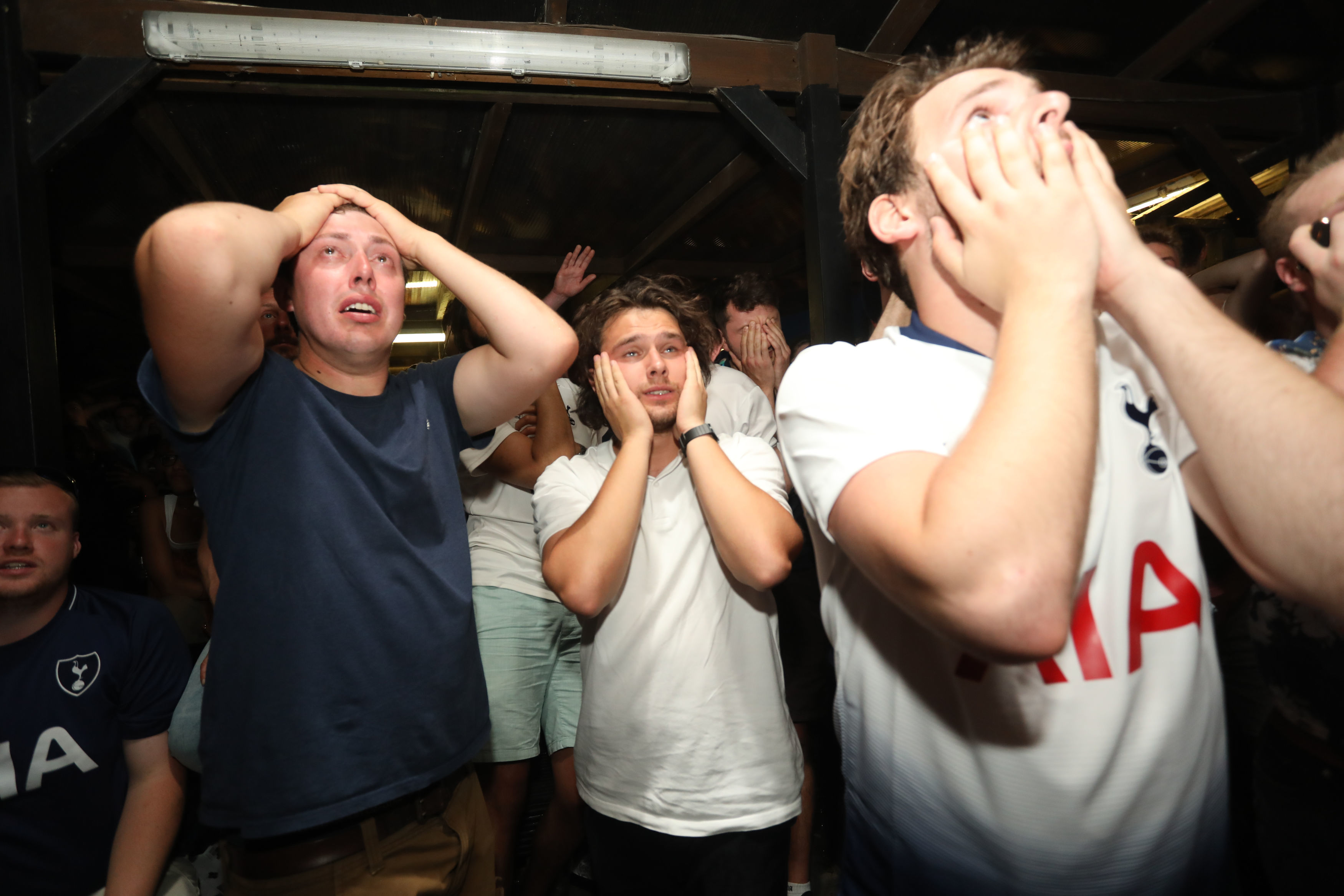 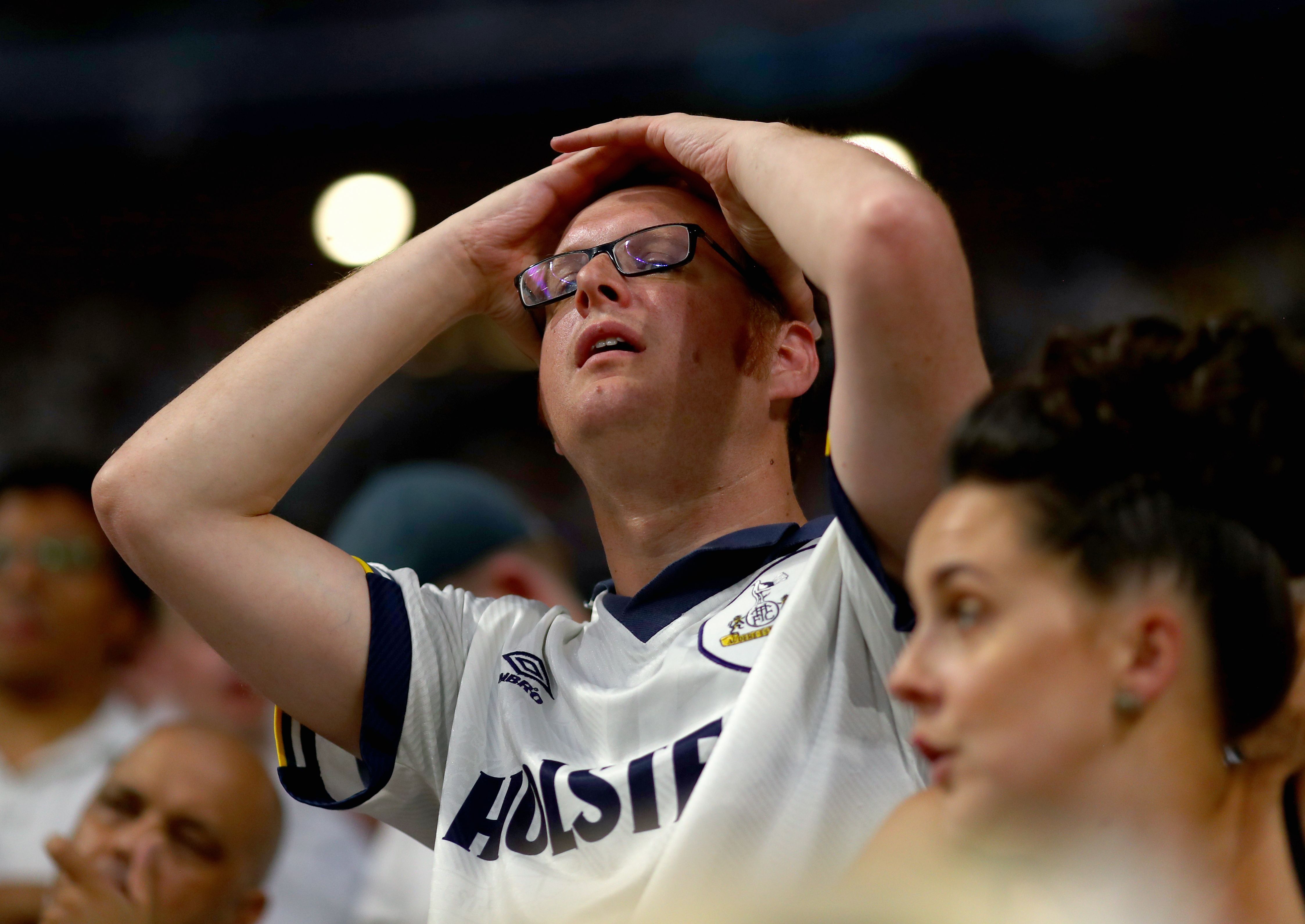 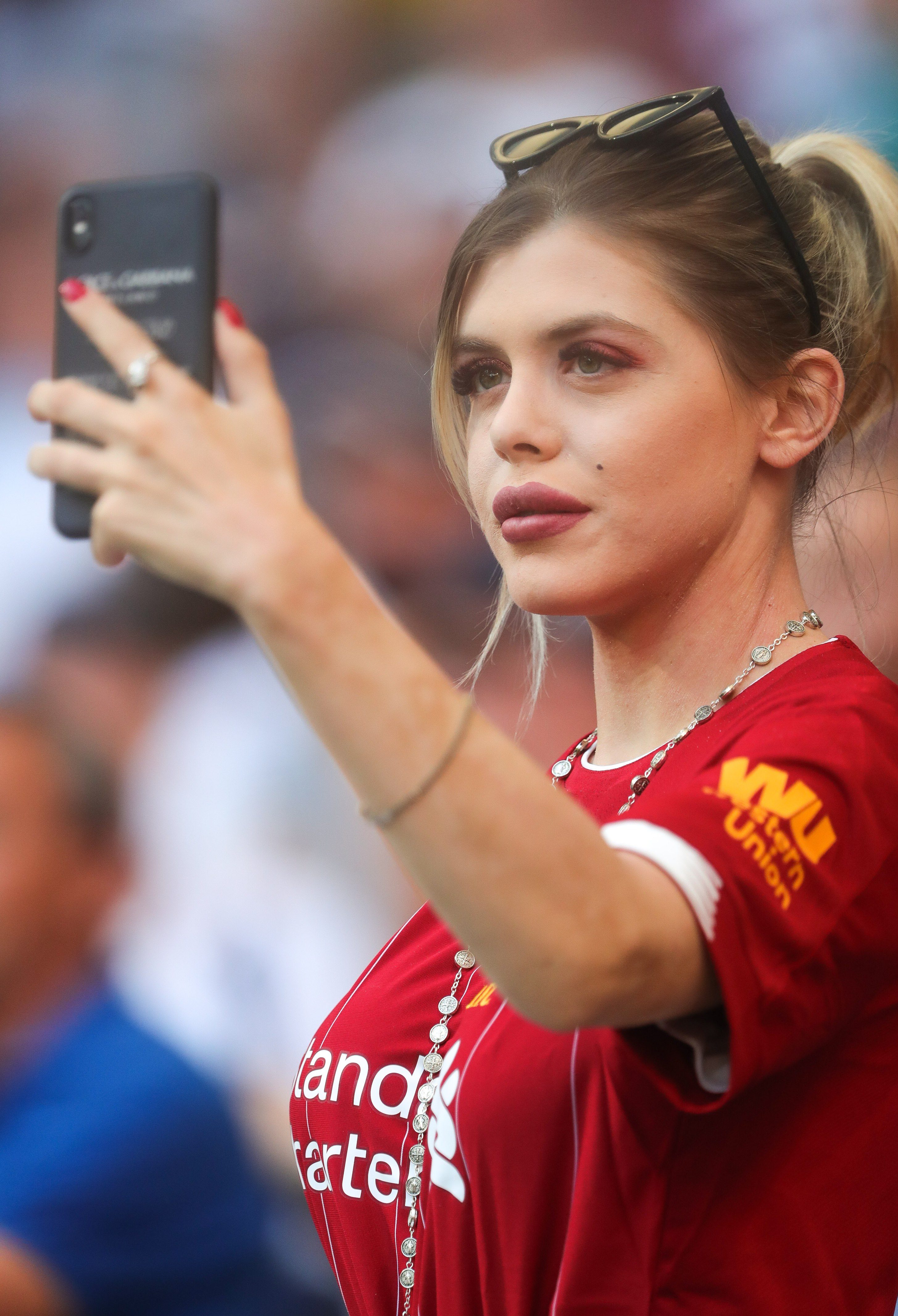 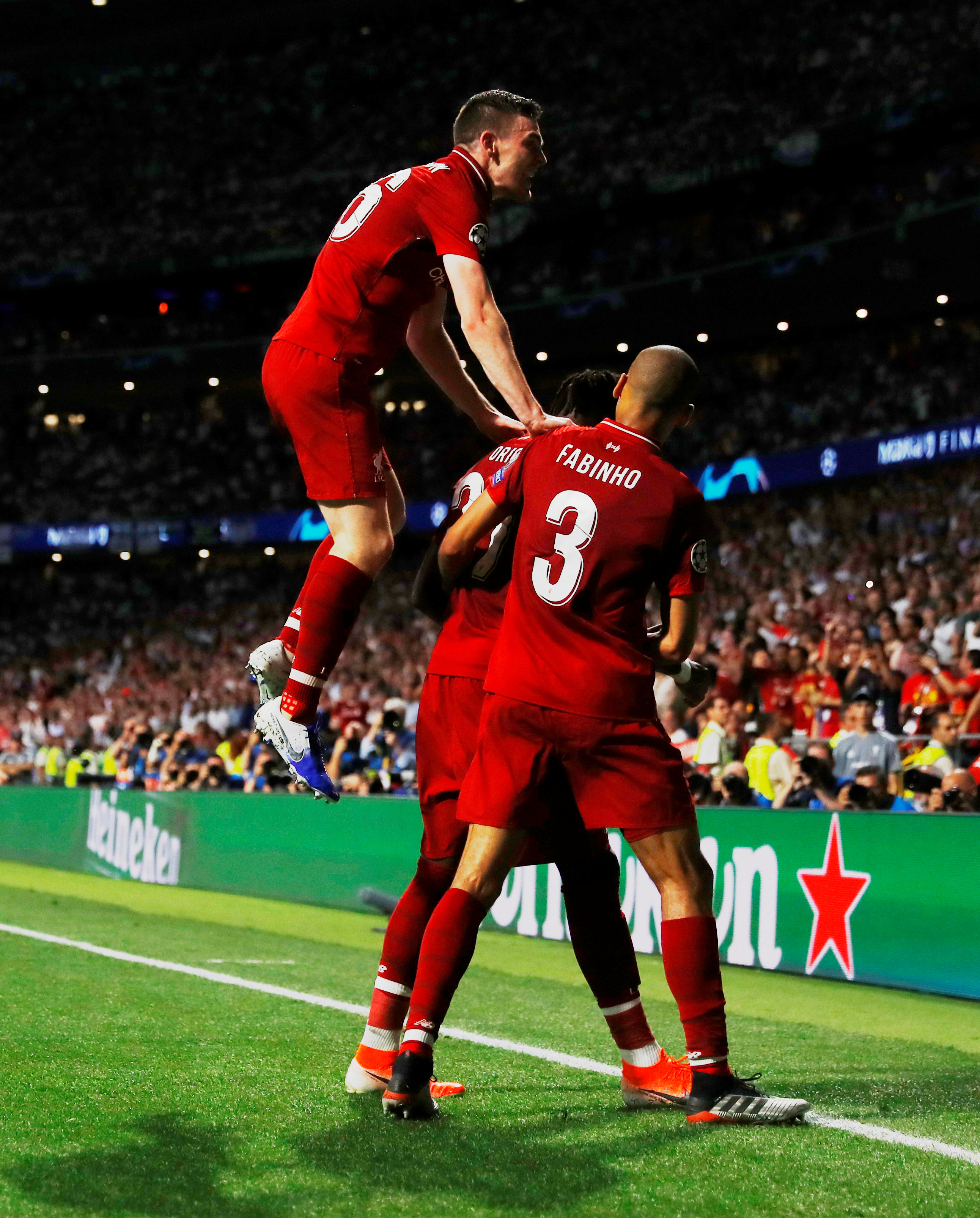 Supporters caught flights, travelled by train or arrived on gruelling 22-hour coach services for the all-English final — the first in the Champions League since 2008.

A record 9,000 flights were monitored by UK airspace yesterday. There was also a huge spike in private jets, with some paying over £3,000 for a return flight.

As thousands congregated in the city squares, police were accused of using heavy-handed tactics, despite little trouble.

Some 4,700 police and security officials were mobilised with field hospitals also set up.

Back in the UK boozy Brits took to the streets to celebrate or commiserate Liverpool's victory – the club's sixth Champions League title.

In Spain Four Brits were arrested for assault on Friday night. Officers with batons also swept in to confront Spurs fans around the bars and restaurants in tourist hotspot Puerta del Sol.

A Brit was also arrested outside the ground yesterday afternoon for assaulting police officers and carrying drugs. Another was held for flying a drone. 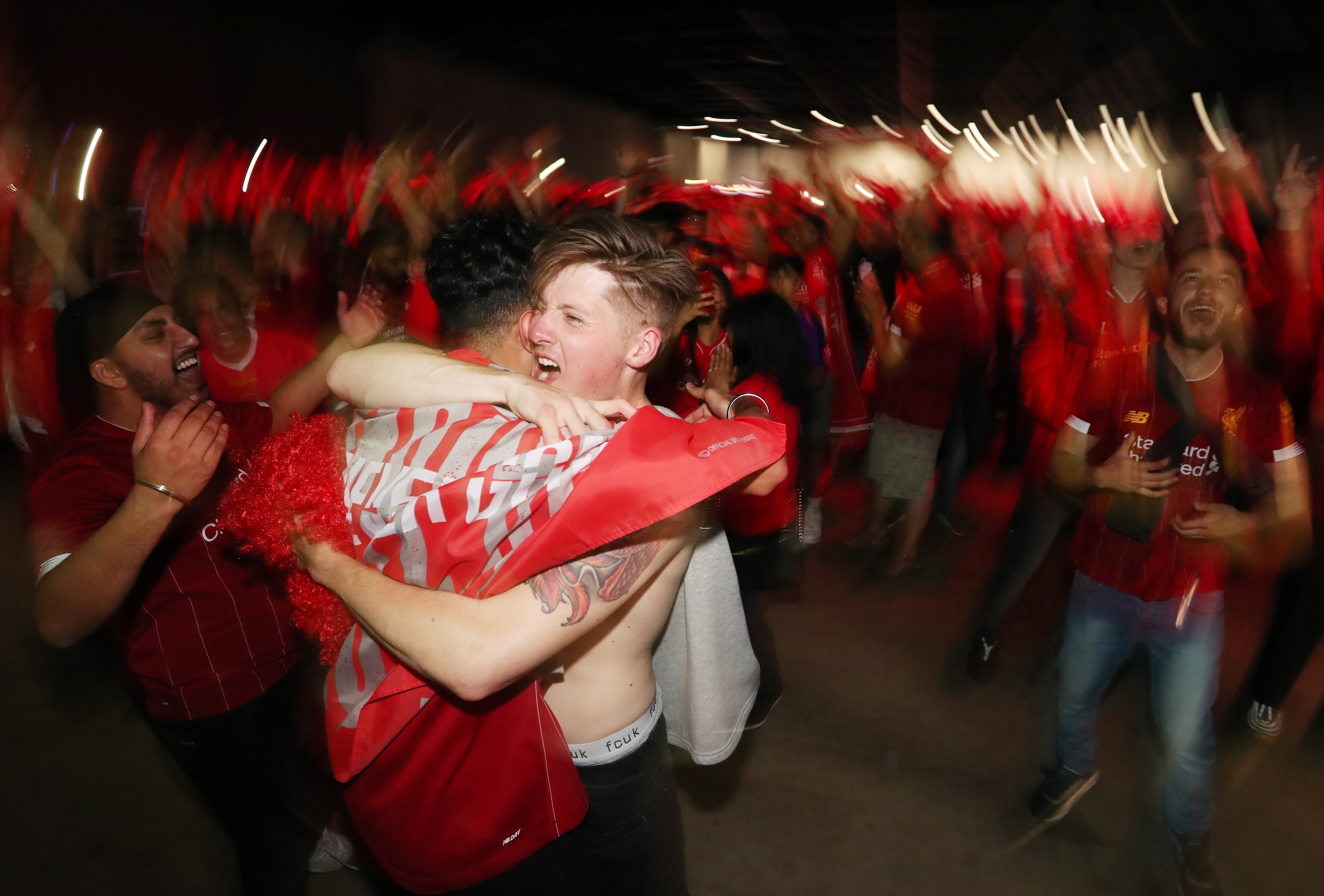 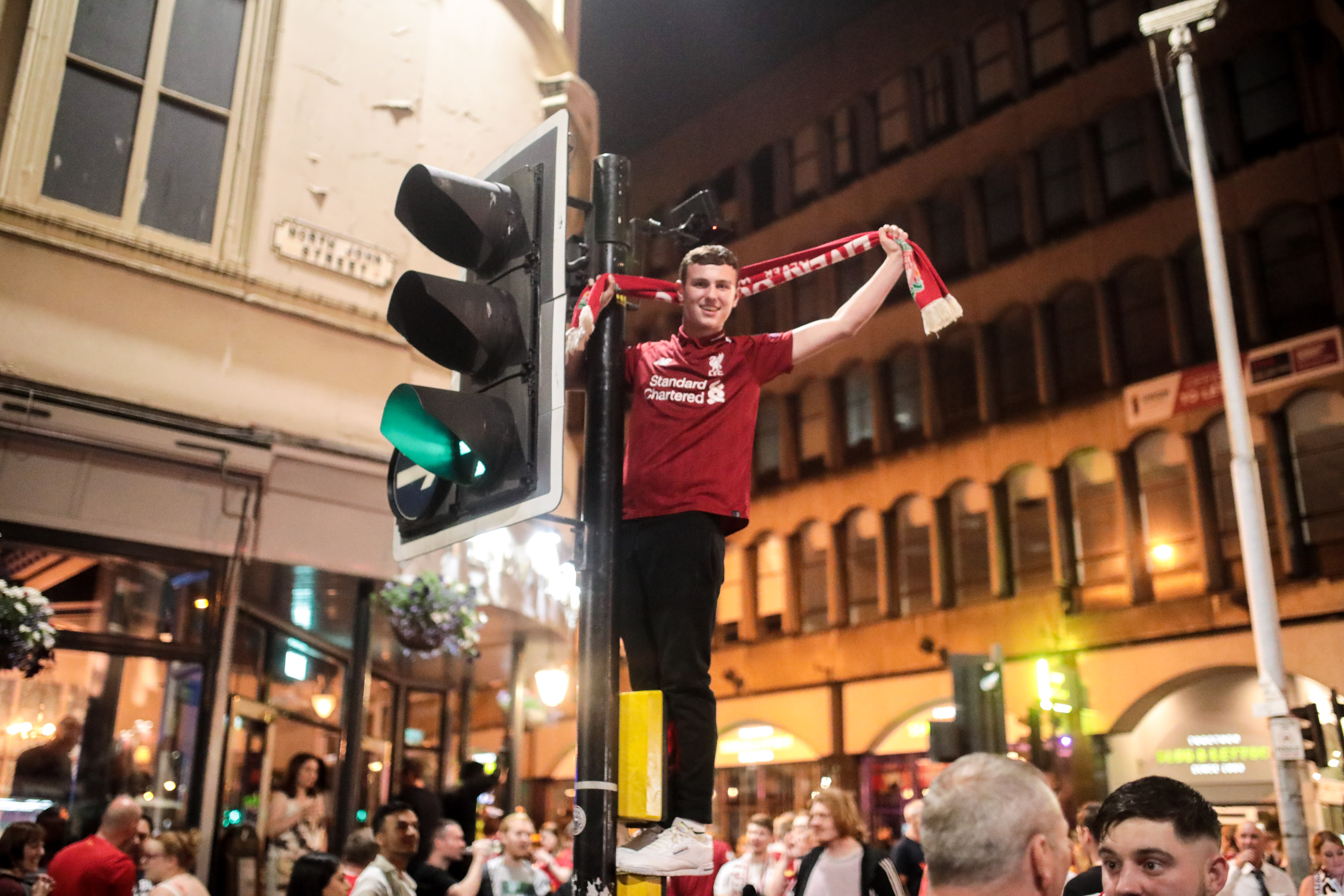 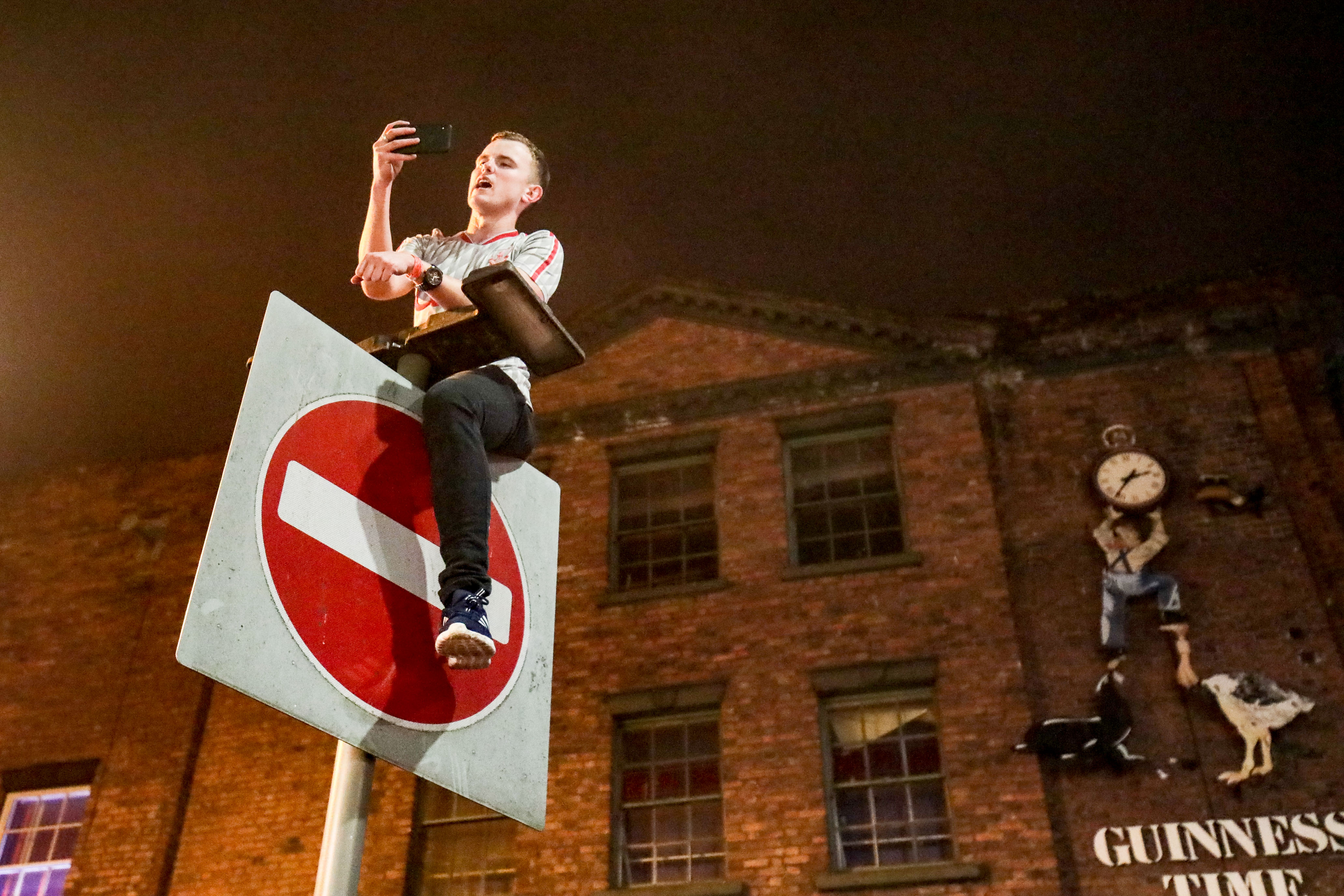 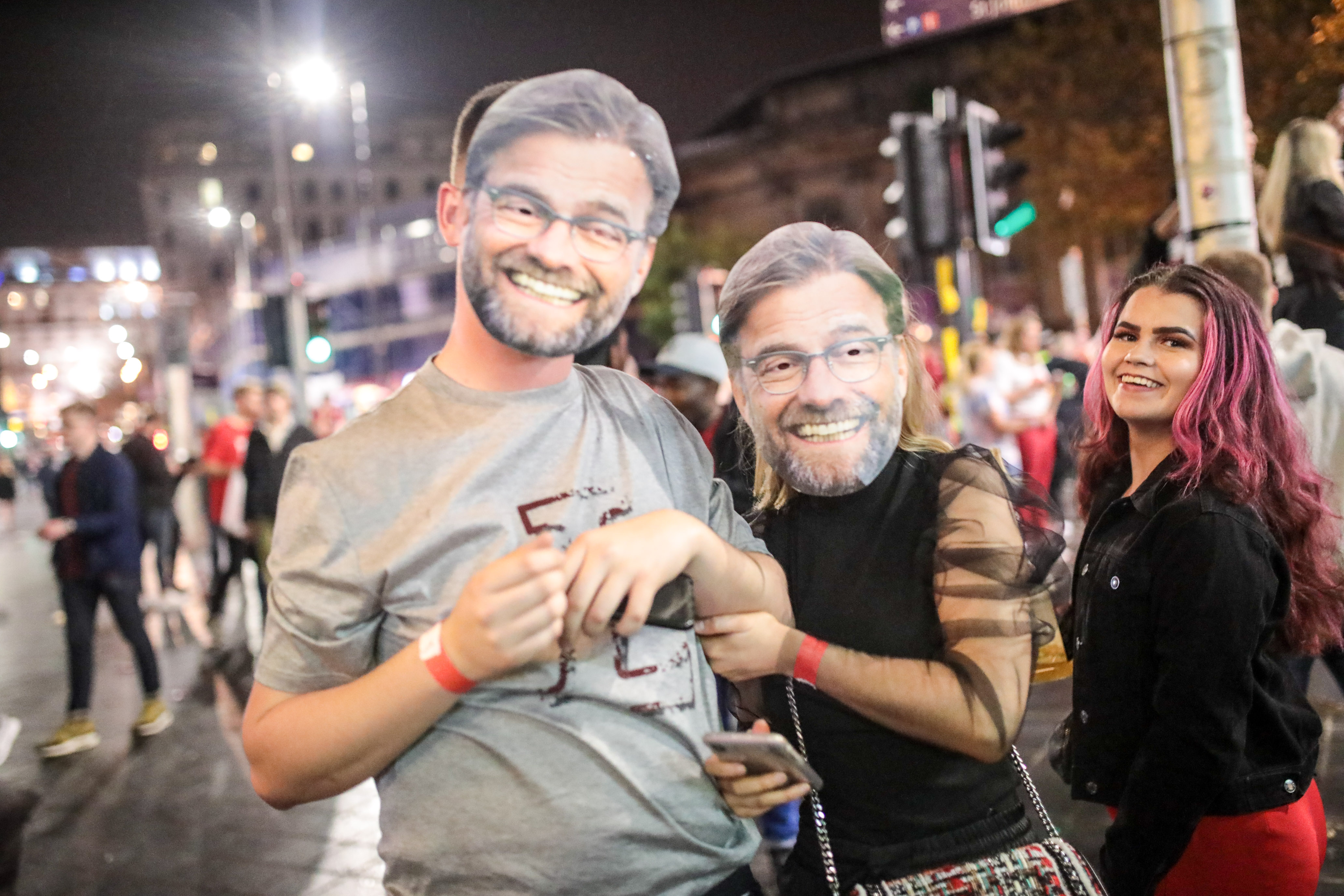 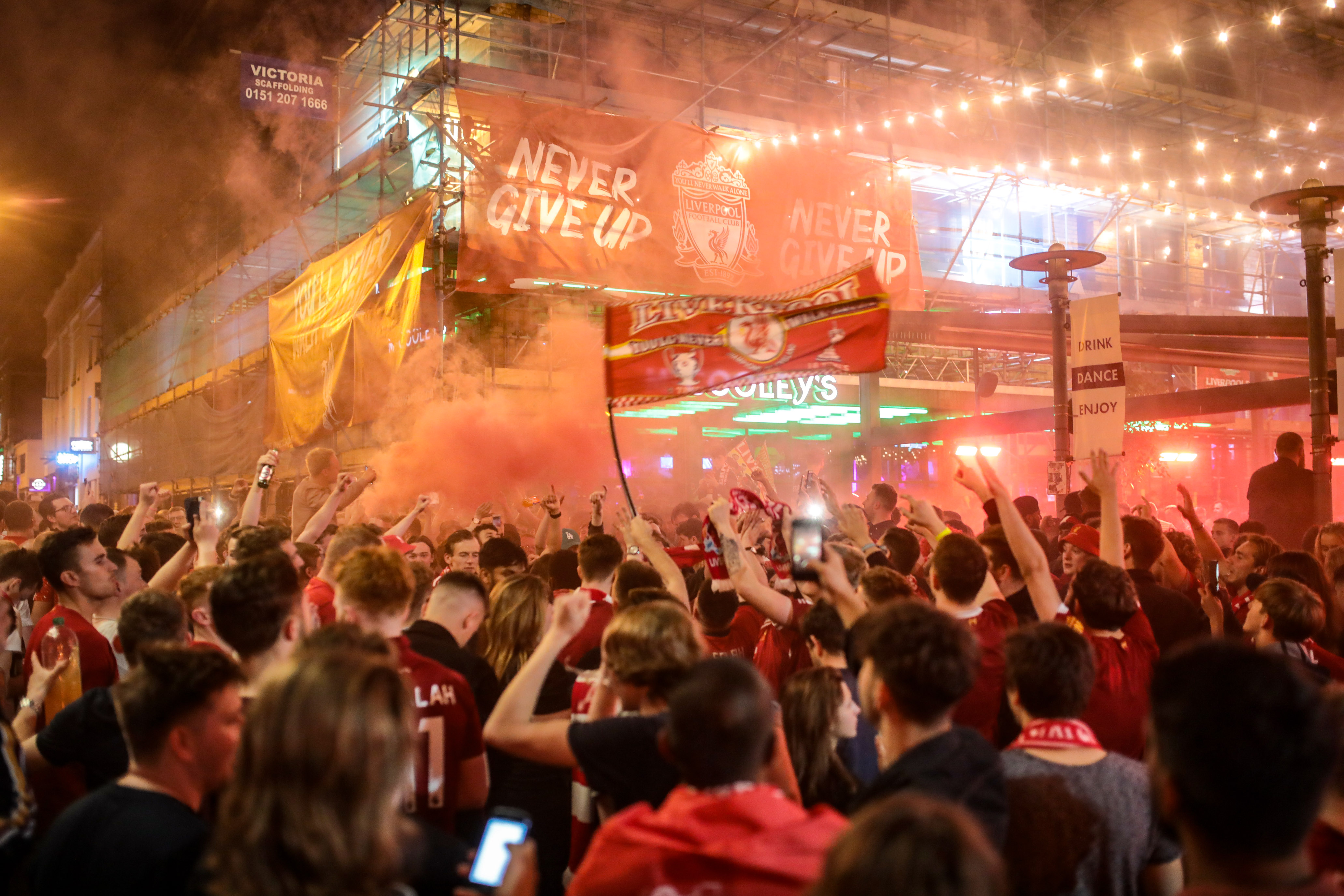 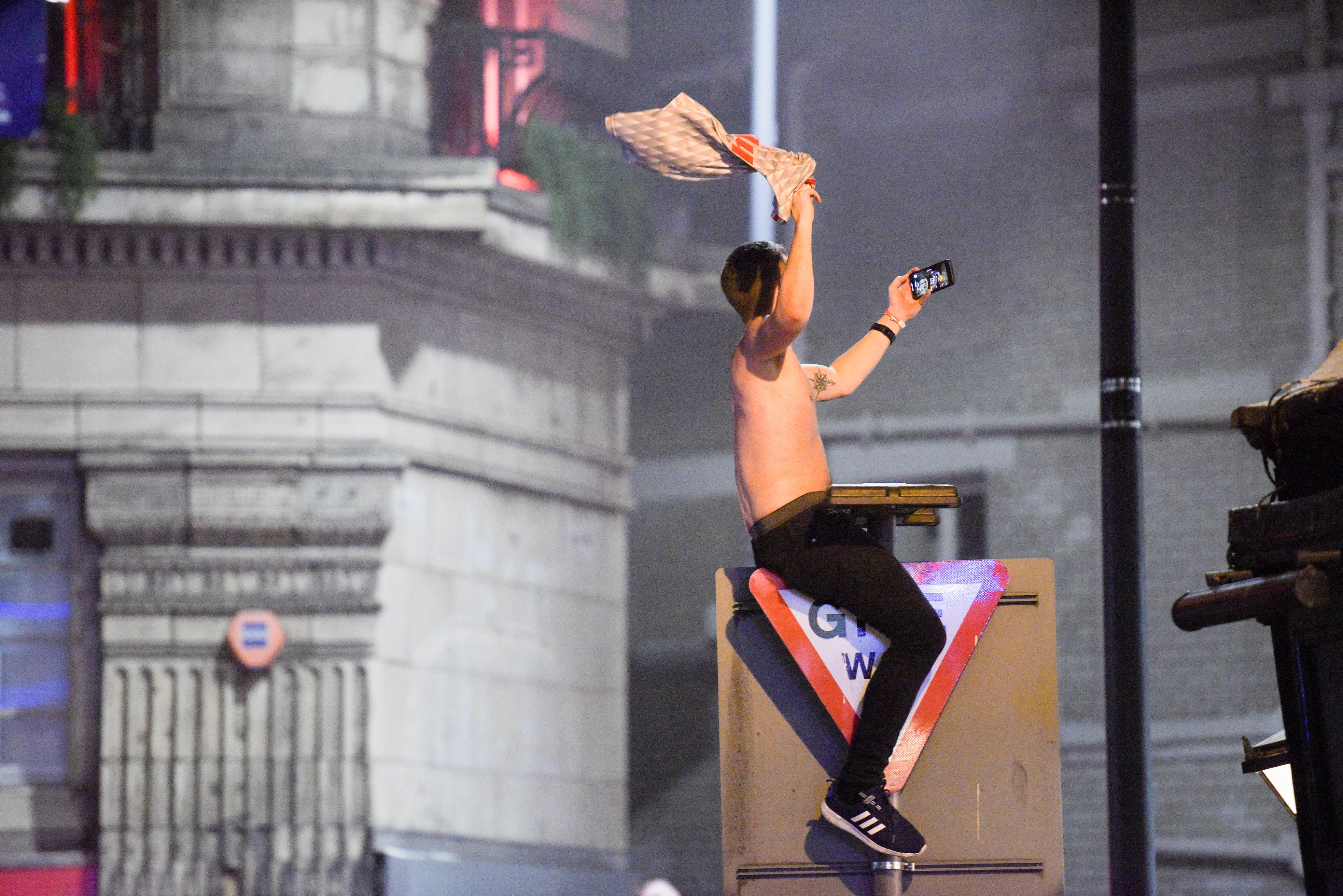 Beer and sangria was downed by Liverpool supporters in their fanzone at Felipe II Square, with Spurs in the Plaza de Colon.

Ticketless fans also pitched up in the hundreds of city bars and pubs after it was announced the match itself would not be broadcast on giant screens.

A bar worker at the Fontana del Oro said at 3pm local time, six hours before kick-off: “We are already pretty much full, and it will be packed when the fanzones close before the game.

All they want to do is limber up for the match, which generally means downing as many pints as possible.”

The British invasion was worth £55million to the local economy as supporters shelled out for vastly inflated prices.

The cheapest room at the Hilton Madrid Airport last night was £2,000, while the same one will cost £124 next week.

A group of eight Liverpool fans from California and Australia spent a combined total of around £40,000 on travel alone.

Stockbroker Marlon Mindel, 53, said: “My airfare for a 25-hour flight from Melbourne was around £2,000, and then there’s that again on a match ticket, and much more still for somewhere to stay.”

The match was expected to attract a global TV audience of around 400million. 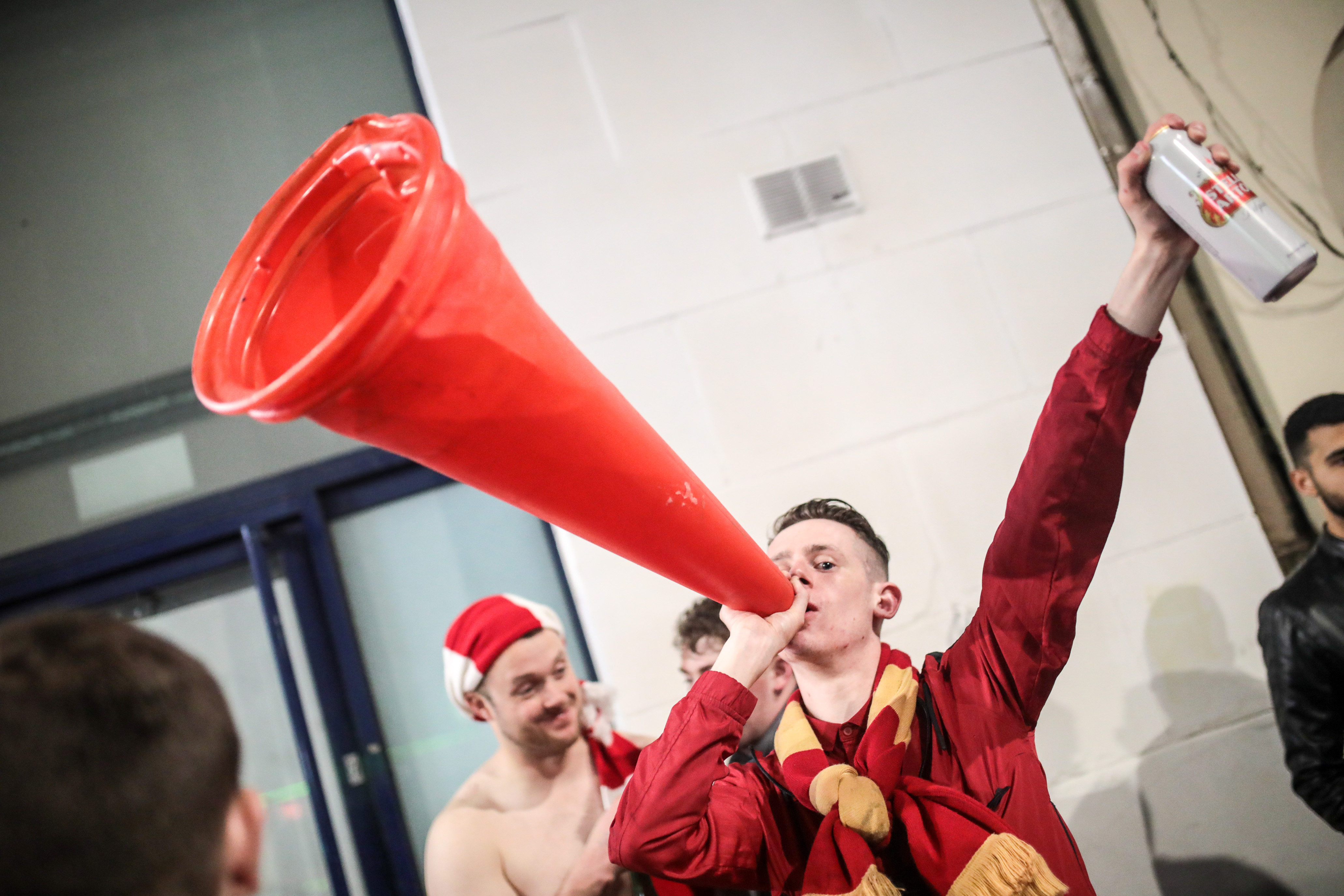 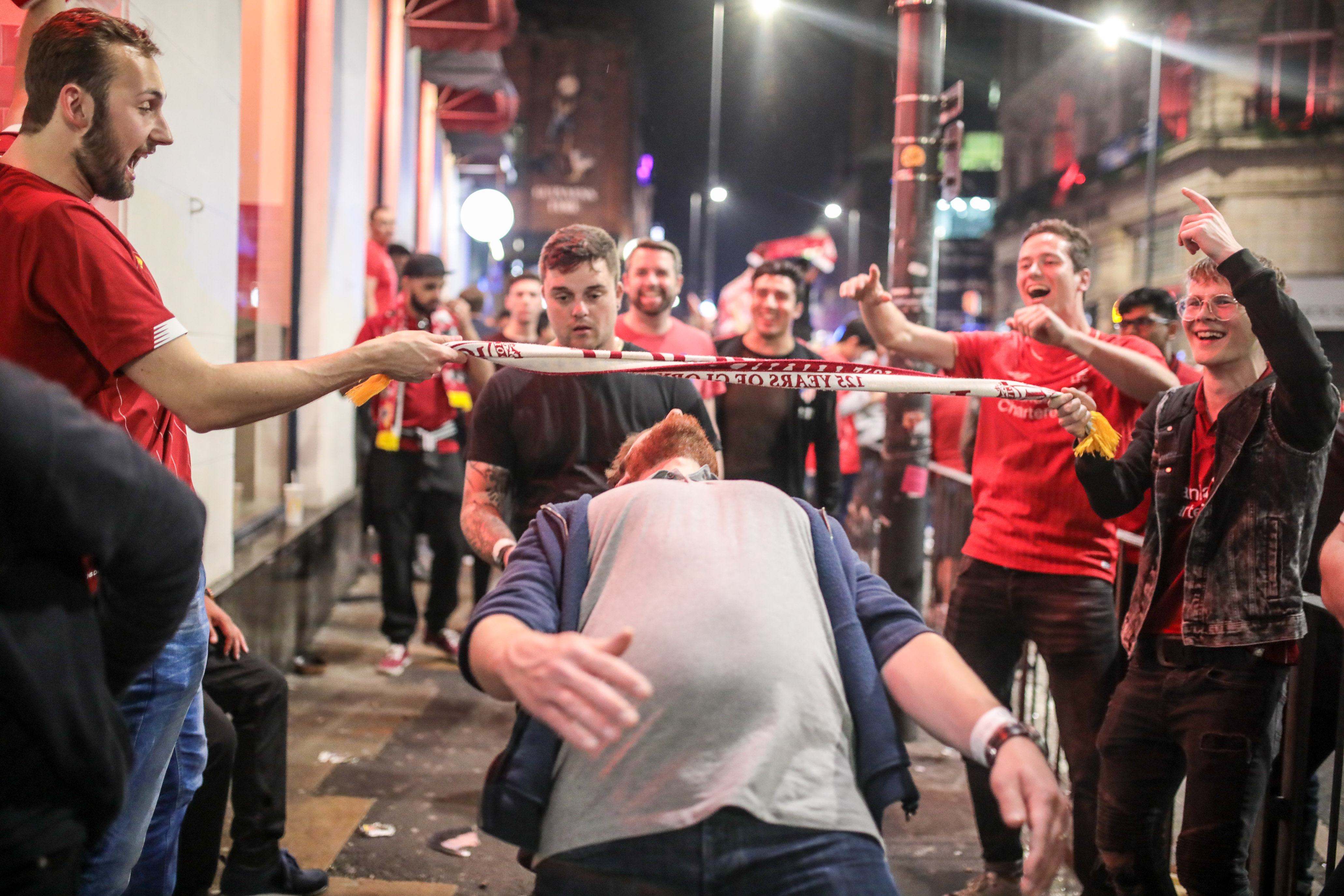 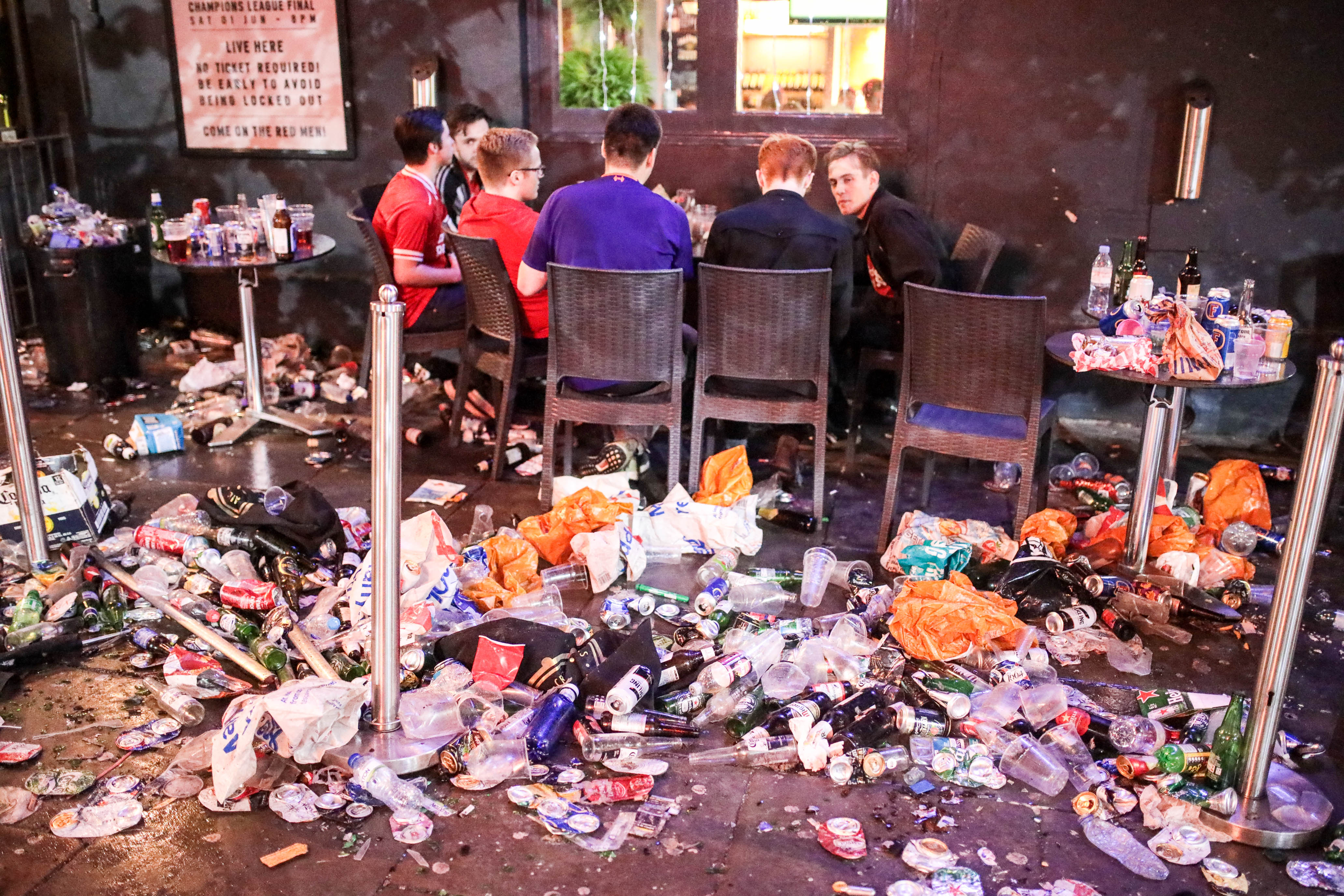 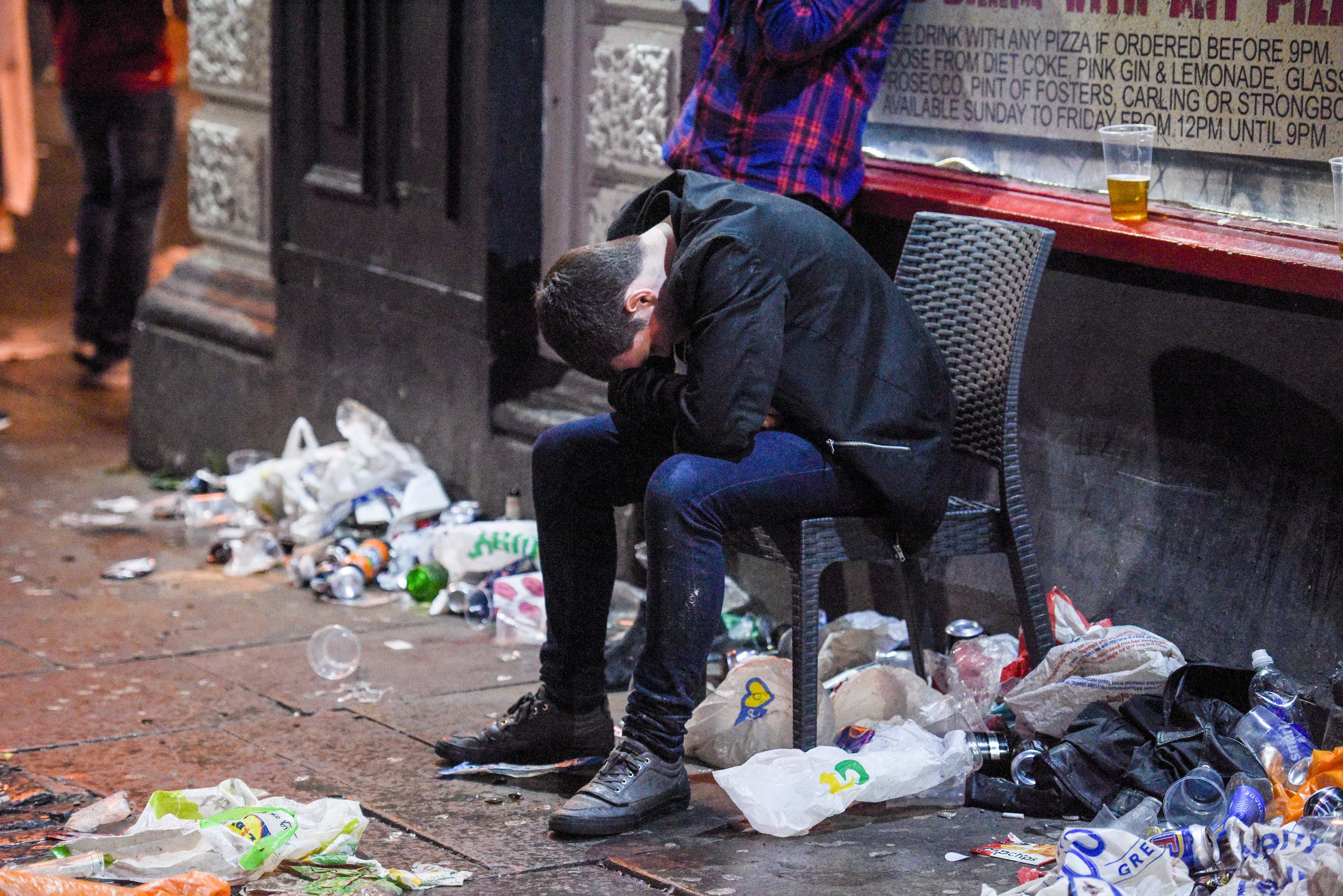 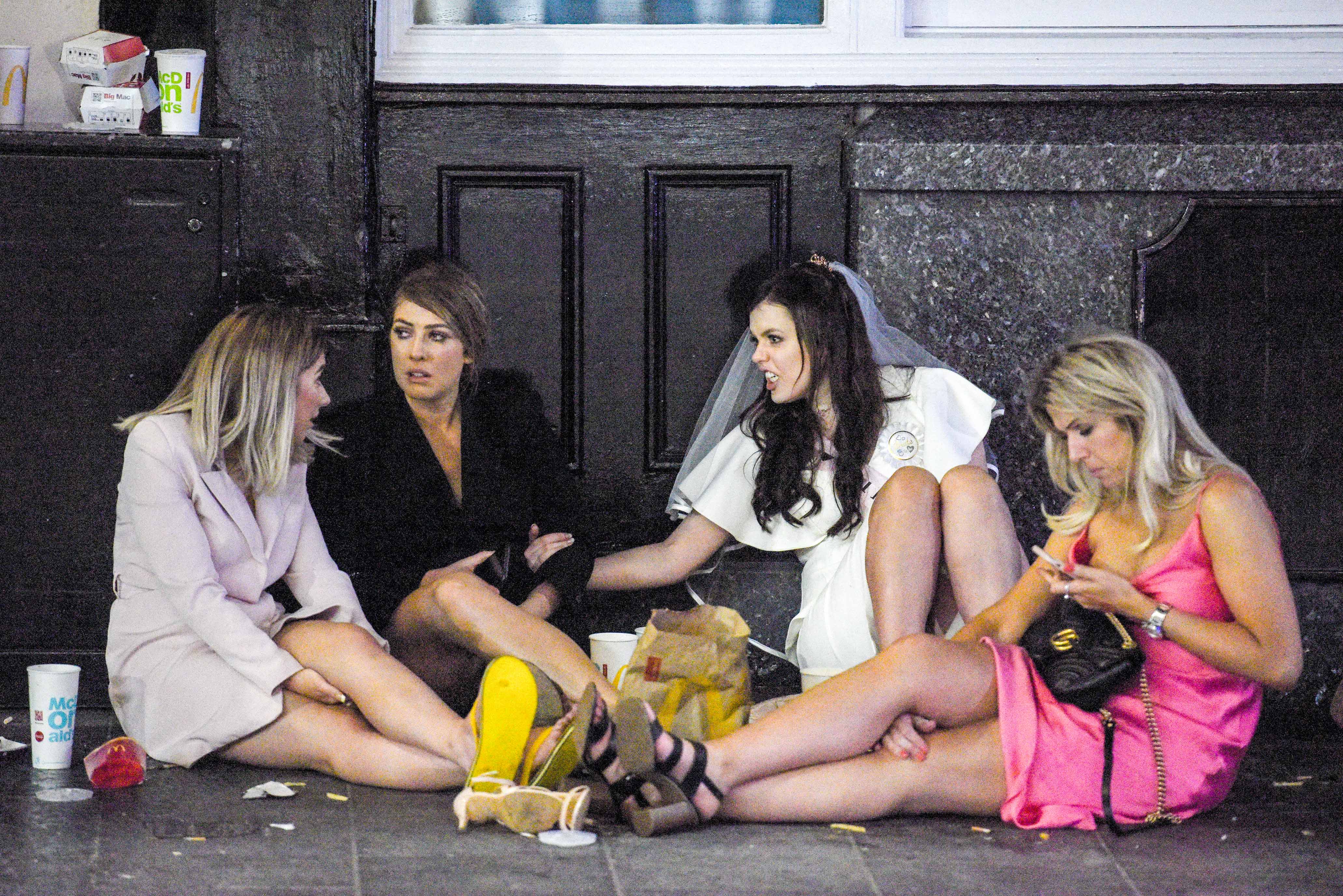 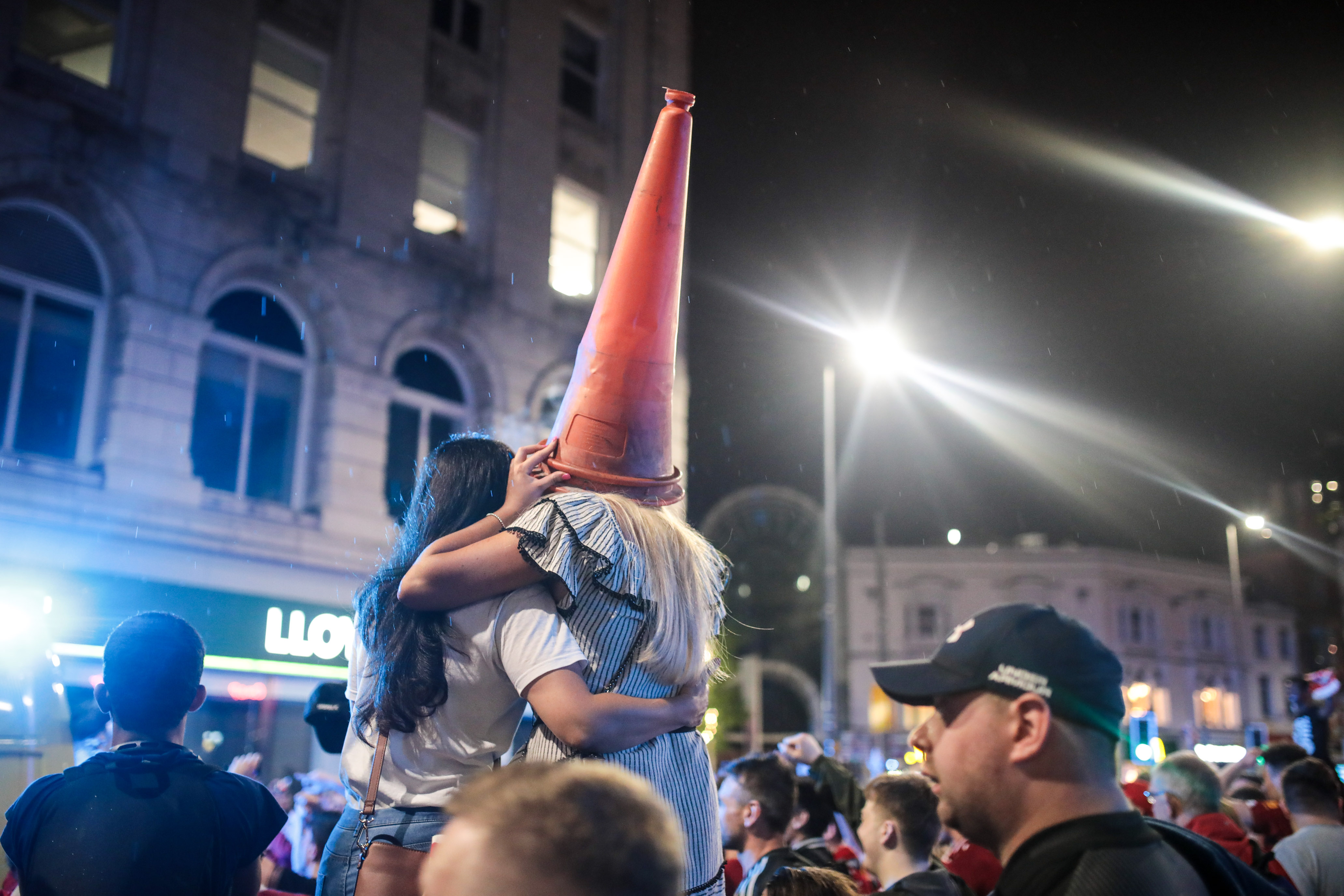 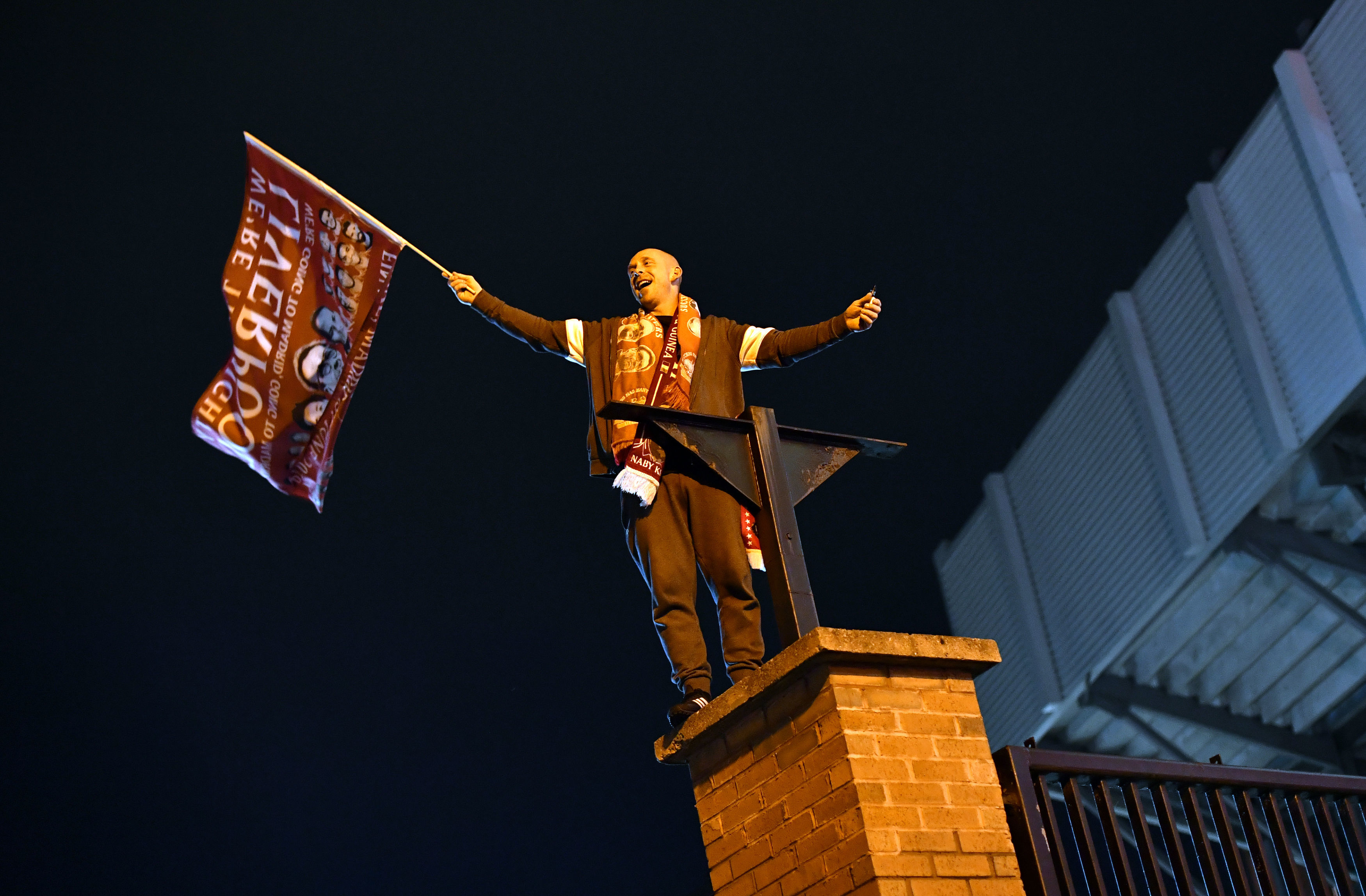 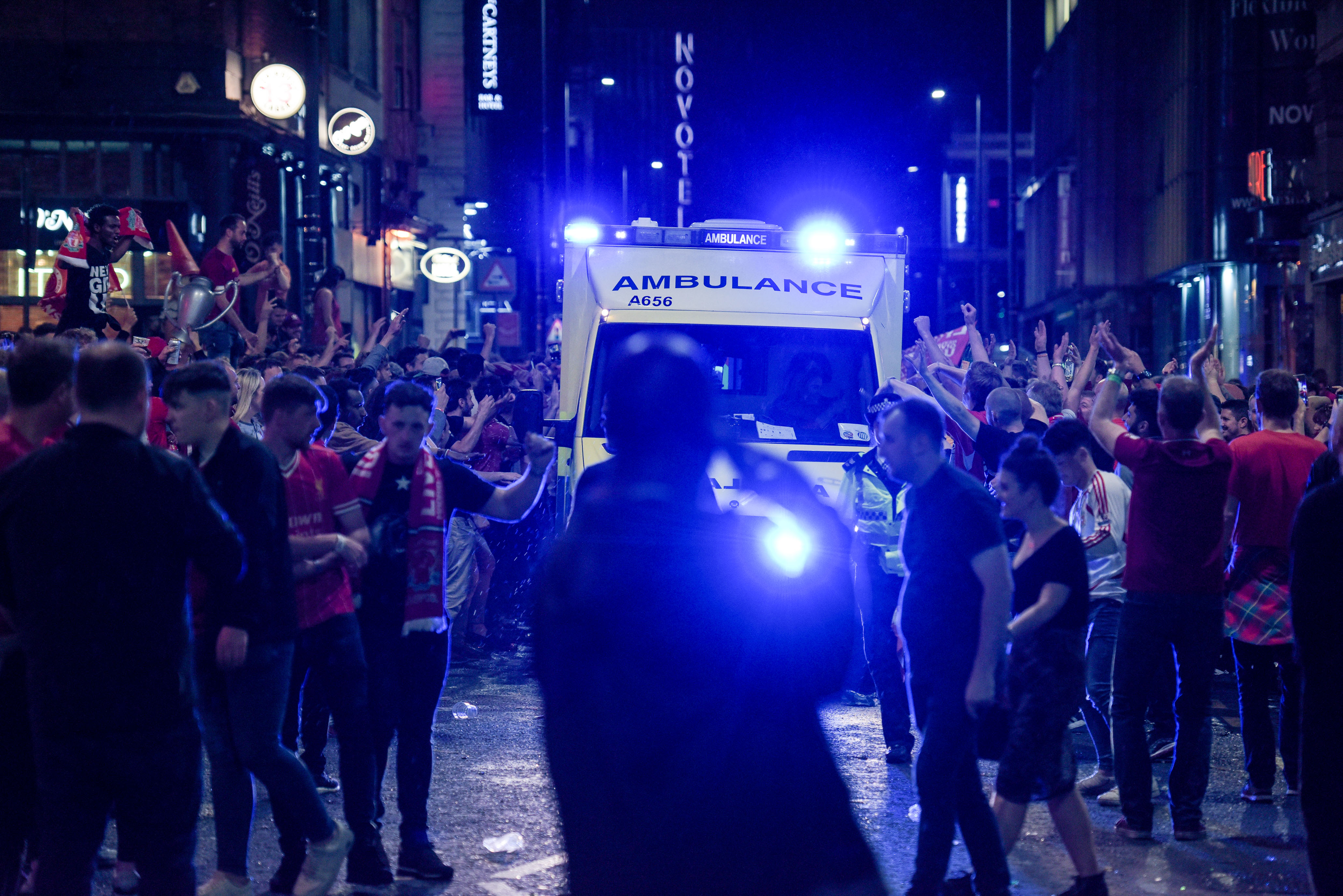