LIONEL MESSI has revealed the 'very bad' experience he went through when trying to force a move from Barcelona in the summer. 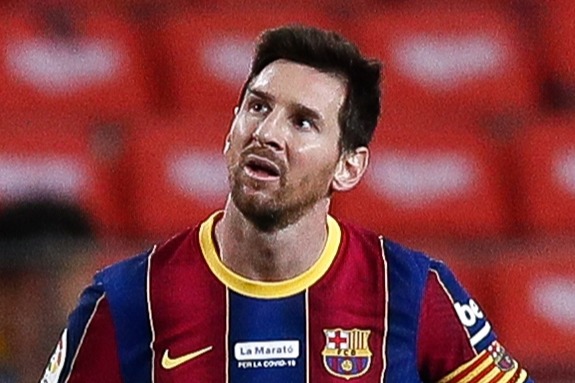 With best pal Luis Suarez among those binned, Messi attempted to trigger a release clause embedded in his contract.

Yet he backed down when Barcelona threatened a legal battle, citing that the clause had expired amid the coronavirus pandemic.

Recounting the incident on Spanish TV, Messi admitted the unhappy episode affected his form at the start of the season.

In a snippet of a lengthy interview with LaSexta, via Marca, he stated: "I'm actually doing well today.

"It's true that I had a very bad time in the summer. It came from before.

"What happened before the summer, the way the season ended, the burofax and all that…

"Then I carried it with me a bit at the beginning of the season."

A draw at home to Valencia on Sunday left Barcelona eight points off the pace in the LaLiga title race.

Although 33-year-old Messi has been edging back towards his best form, scoring nine goals in 17 appearances.

The Argentine declared that he is willing to fight for titles with the Catalan club and is 'excited' for the challenge.

He added: "I'm fine today, and I feel like seriously fighting for everything that's ahead of us.

"I feel excited. I know that the club is going through a difficult time, at a club and team level.

Everything around Barcelona is difficult, but I am looking forward to it.

"And everything around Barcelona is difficult, but I am looking forward to it."

Messi's future may be a step closer to being resolved when Barcelona's presidential elections take place on January 24.

The new chief will have to secure the forward's future soon, with his existing deal expiring in June.

Manchester City and Paris Saint-Germain are thought to be circling in case the superstar becomes available.