LEWIS HAMILTON reinstated his F1 title defence with pole in qualifying for the Styrian Grand Prix – on another miserable day for Ferrari.

In a heavily rain-affected qualifying session that was under threat of being a complete washout, Sebastian Vettel and Charles Leclerc could only muster 10th and 11th place on the grid. 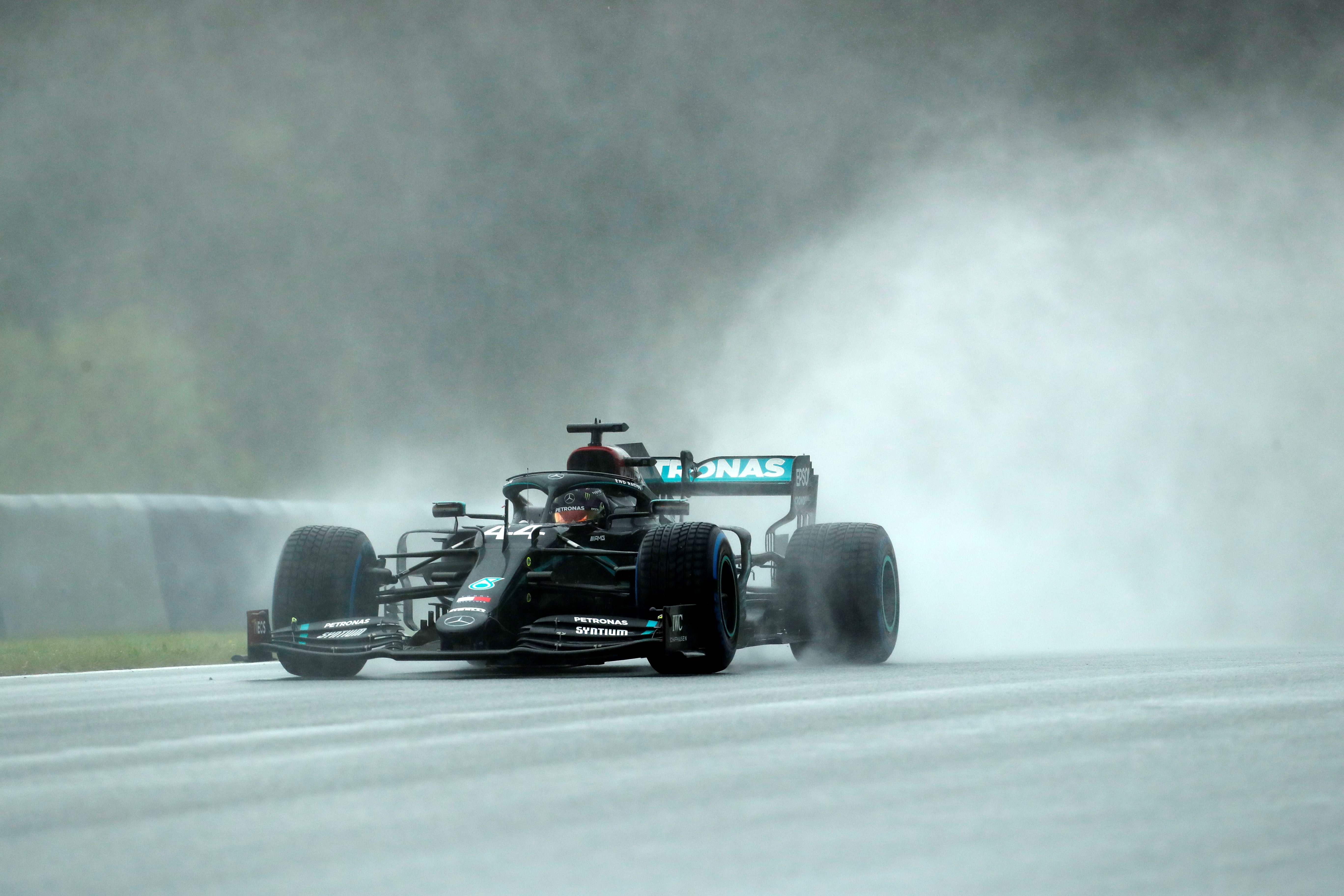 A stunning 1.2 second gap earned Hamilton prime position ahead of Sunday's race with Max Verstappen qualifying second after sliding off the track at the final corner on his last attempt.

After a podium for Lando Norris last weekend, McLaren's fine start of the season continued with Carlos Sainz nabbing third on the grid.

Sunday's race promises to be yet another thriller with dry conditions expected to combine with a shuffled pack.

Valtteri Bottas qualified fourth ahead of Esteban Ocon and Norris, although the Brit will drop back three places after a penalty earlier in the weekend.

No running could be completed in Free Practice 3 amid the downpour in Austria's Styrian Mountains.

And a brief, dry interlude meant cars queued up at the end of the pit lane, still with minutes to go before the start of qualifying.

Sergio Perez was the surprise casualty of Q1 in the promising-looking Racing Point, which ended early after Antonio Giovinazzi spun and clipped the wall.

Through to Q2 for the first time in his career was George Russell and the Williams ace smashed his qualifying personal best to land 12th-place on the grid.