ENGLAND stormed into the Euro 2020 semi-finals thanks to a 4-0 battering of Ukraine with Jadon Sancho excelling in his first start of the tournament.

Pundits were left raving about Manchester United's new, £73million signing after he sparkled throughout the game in Rome. 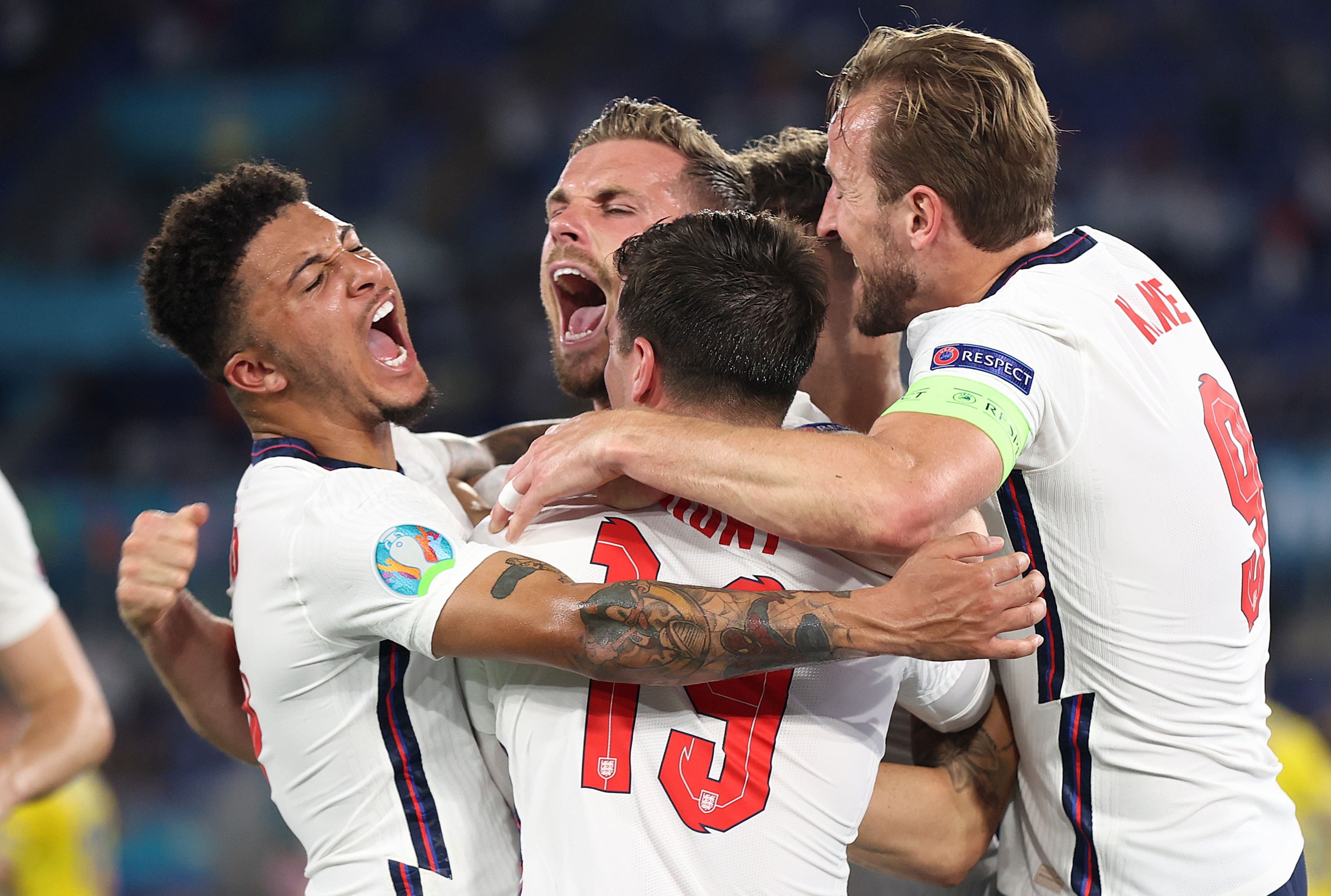 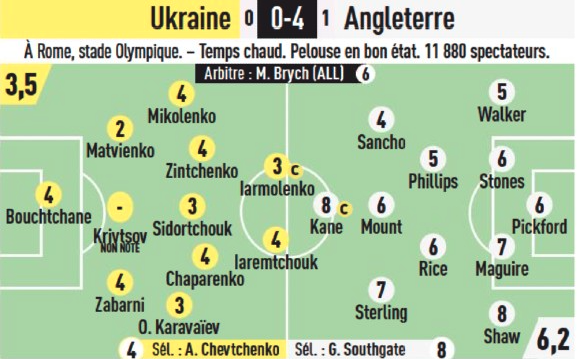 But French publication L'Equipe bizarrely gave Sancho England's LOWEST rating for the game with just a 4/10.

Fans – particularly those in Germany – had been left baffled by Gareth Southgate continuing to leave the ex-Borussia Dortmund winger out of the team.

In fact, Sancho had played just eight minutes off the bench prior to his start against Ukraine.

But the Three Lions youngster was given the start ahead of Phil Foden and Jack Grealish, with Bukayo Saka.

Sancho was lively, quick, keen to take on his man, happy to drift inside and support Harry Kane, as well as have a shot on goal.

Despite that, famously harsh L'Equipe gave him a staggeringly low 4/10.

Kyle Walker and Kalvin Phillips were given the second-lowest ratings among the England players on 5/10.

Two-goal hero Kane and the electric Luke Shaw – as well as boss Southgate – all received 8/10.

Overall, England's average rating was 6.2 – much higher than Ukraine's 3.5 – but still considerably lower than expected for their record-breaking knockout stage victory.

Sancho's extraordinarily harsh 4/10 will likely perplex most of Europe, with the BBC pundits quick to pile praise on the Man Utd ace on Saturday night.

Rio Ferdinand said: “There were moments in this game where he draws your breathe and you think, ‘Ooh, wow, that’s different!’.

“He’s a fabulous talent, we know that, but mentally he’s very strong. He’s got a desire to be as good as he could be and wants to fulfil that potential.

“Players that can up the tempo of a game are different and they mean something different to your team. They can change a game the way he did tonight.

“One-twos, playing with composure, playing off both feet, end product…"

Ferdinand added: “This is his first game by the way in the tournament and he comes in and plays the way he did today and creates moments.

"It shows you the talent that’s there.”

Frank Lampard agreed with Ferdinand, saying: “I think there’s a natural balance and acceleration in him, and movement.

"This is not the norm.

"We’ve got a special player coming to the Premier League.”